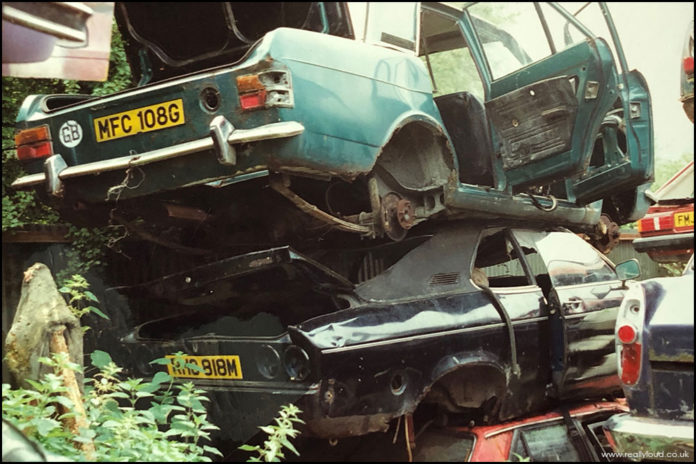 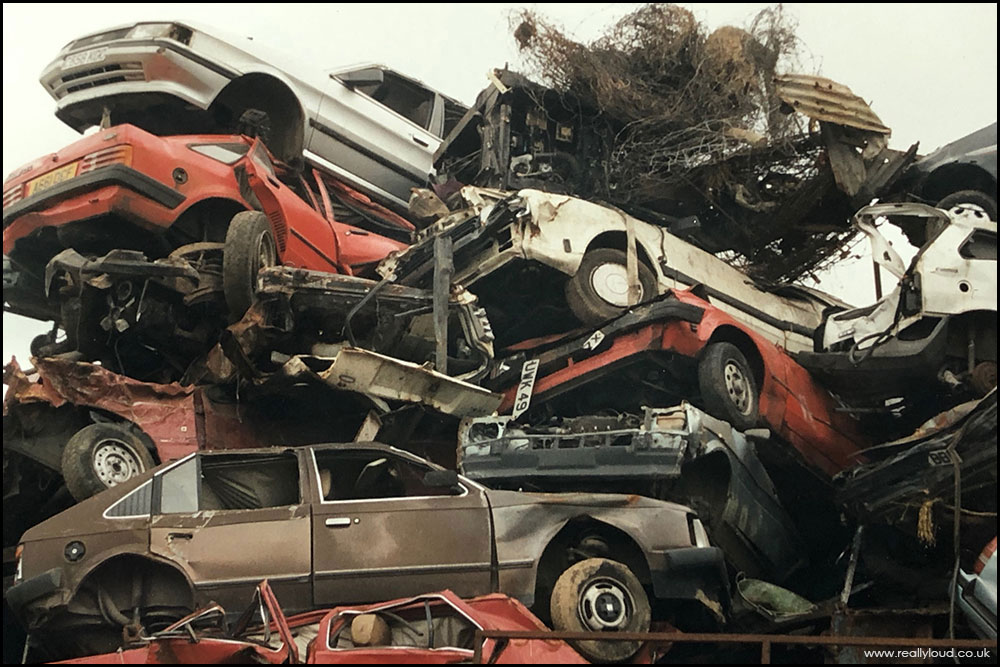 A fairly mundane image but one that requires closer examination to those interested in these things. Some cars are easier to identify. Starting from the top, working clockwise, Austin Montego, possibly a VW Passat in white and maybe a Fiat Panda to the right of it. Below them what looks like an MK3 Ford Escort and Austin Metro. The car below them in brown suggests to that this is an Opel Kadett D rather than a Vauxhall Astra. The Kadett was sold in the UK for six months prior to the Astra’s introduction in spring 1980 and I don’t recall seeing Astra’s in this colour. Finally at a guess two very mangled Fords of sorts and a slightly more intact Escort. I vaguely recall this was one of a series of composite images. I know I still have the negatives so I’m sure I’ll present the whole row one day. 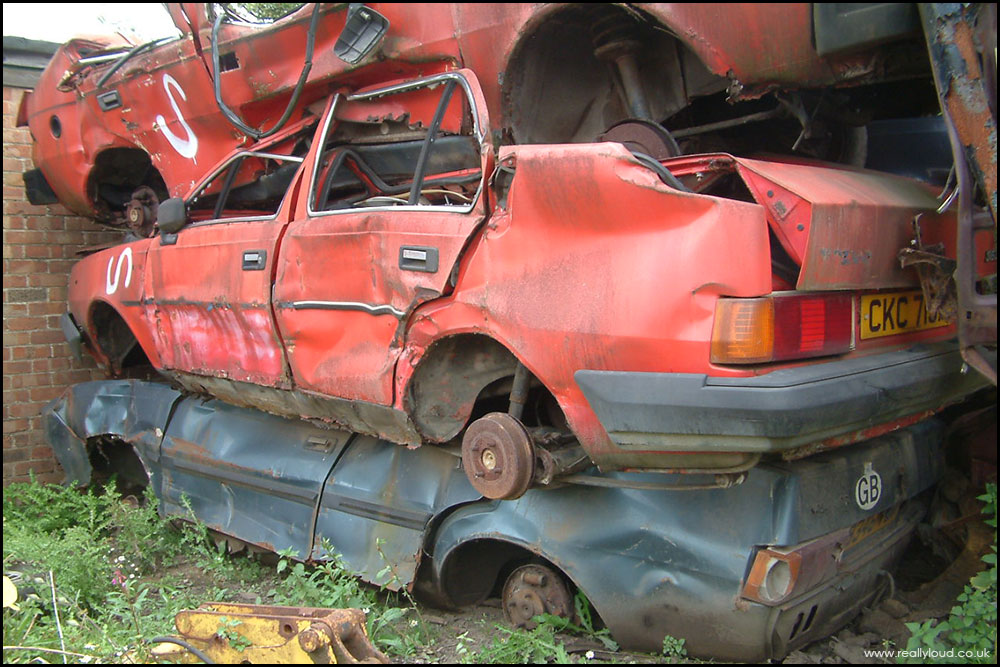 Volvo 300 Series x 3. These were popular in the UK, the prestigious Volvo badge being one of the key factors but also the brand’s safety record was the clincher for many. The smaller 1.4 sourced Renault was not a patch on the bigger units, which struggled to haul these heavy cars around. The original owners, who tended to be older and financially secure would keep on top of the relatively high maintenance and running costs, so once they passed into the hands of second or third owners, neglect and a slightly dowdy image meant they started to fill the breakers yards. The model had a resurgence in the early 2000’s thanks to the still comparatively high numbers of cheap examples still on the roads at the time, with the RWD aspect also helping it find new friends. As a previous owner of one, I struggled to get on with it but appreciated its durability, comfort and straight-line smoothness. These were captured in the late ‘90s and had been there for a while.