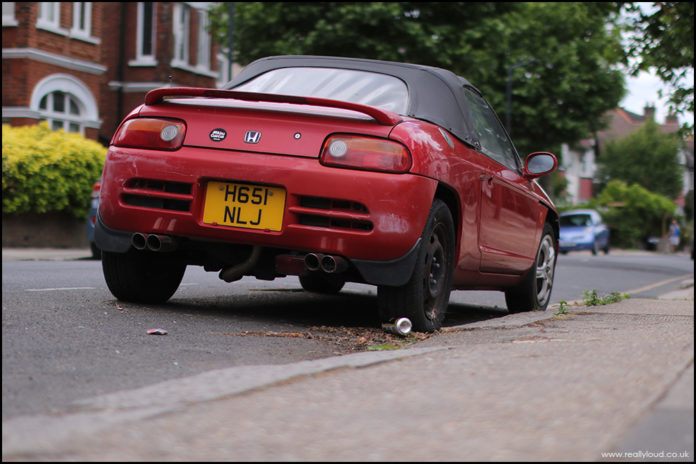 Although never available to buy directly via UK Honda dealers, a handful were imported when the grey market boom took off in the late ‘90s. Like most Hondas of the period, they didn’t need turbos to generate power, although the 656cc 3 cylinder engine needed to work hard to produce its 64bhp but you had great fun in doing so. These Kei Cars have a bit of a following these days, so it’s quite surprising to see one being treated like any other 1991 Honda. The good news is that there was no evidence of oil leaks but I’m hoping the owner does decide to keep on top of it as these are worth preserving. The sticker at the back is a for a Swedish fishing equipment company. Good luck with fitting your gear in there… 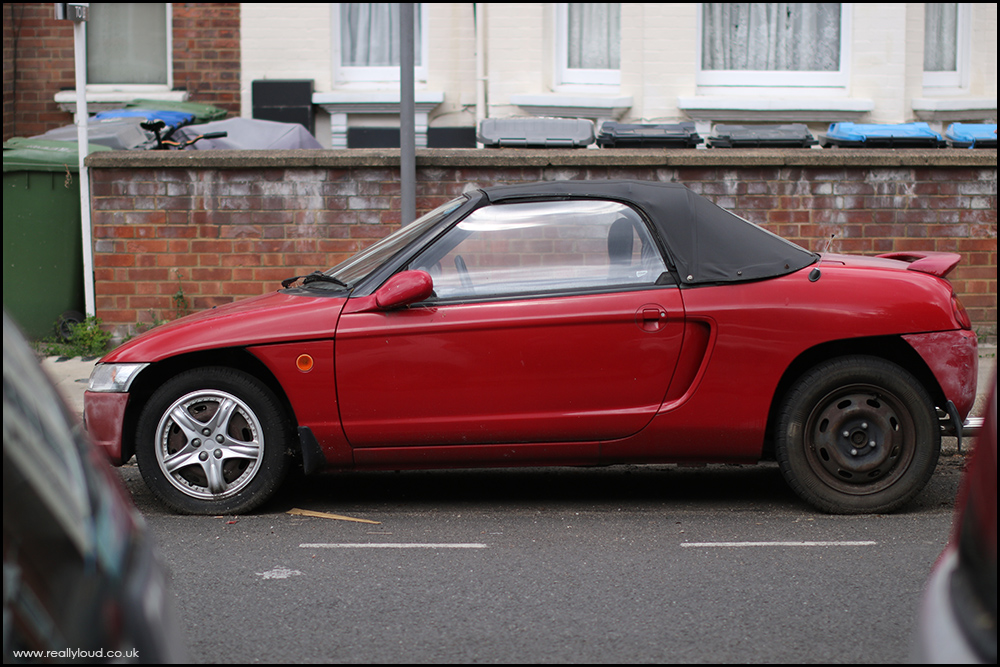 Signs of daily wear and tear are showing, but it’s in good condition with no obvious rust. 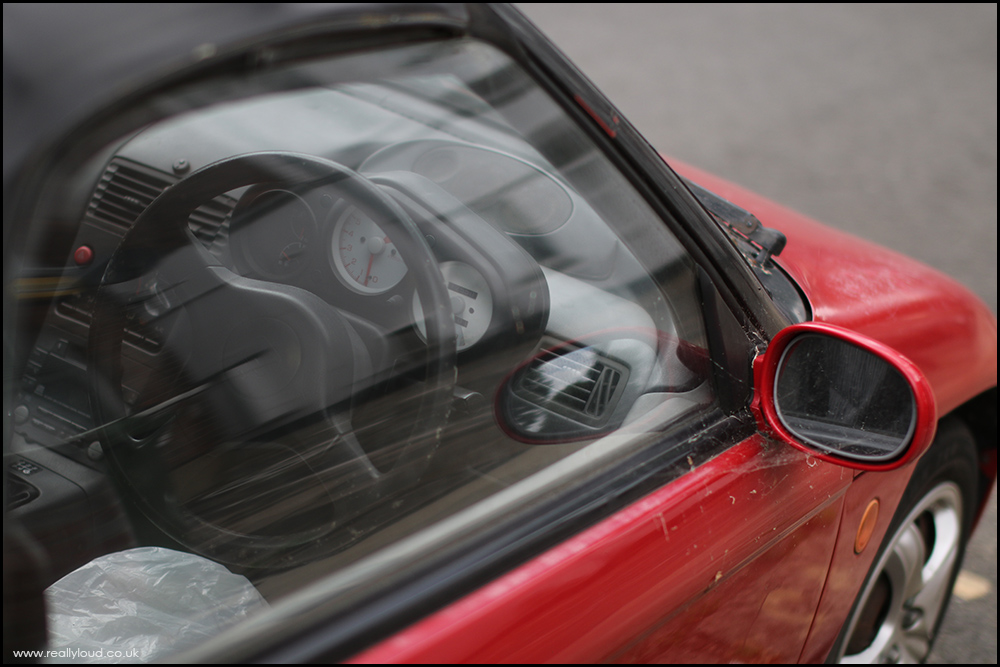 Limited to 84mph, the high revving unit could touch a ton without restrictions. 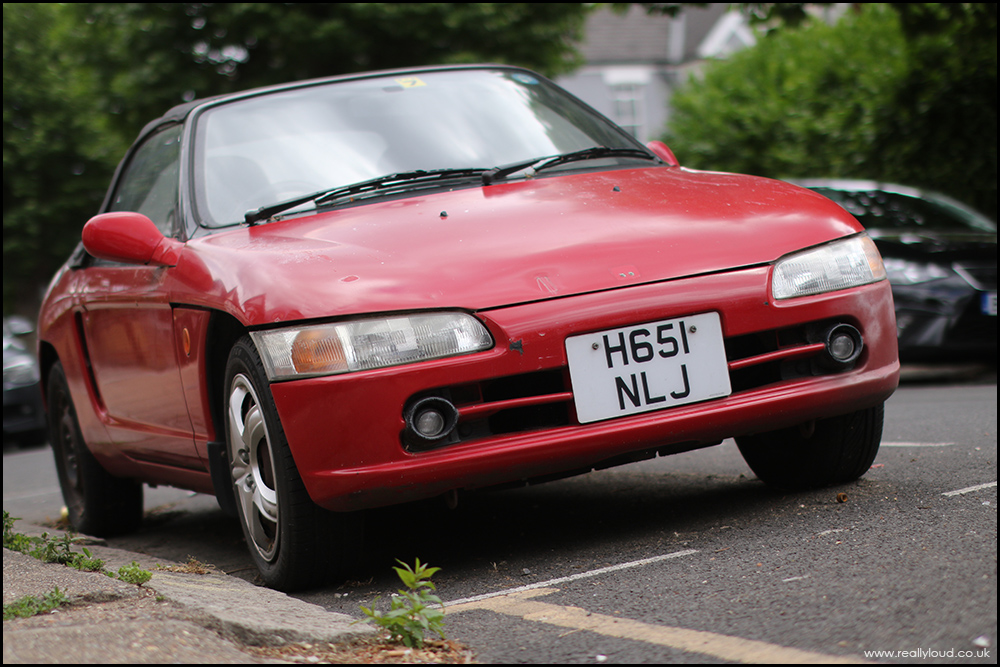 Originally styled by Pininfarina, Honda took the design and added their final touches. 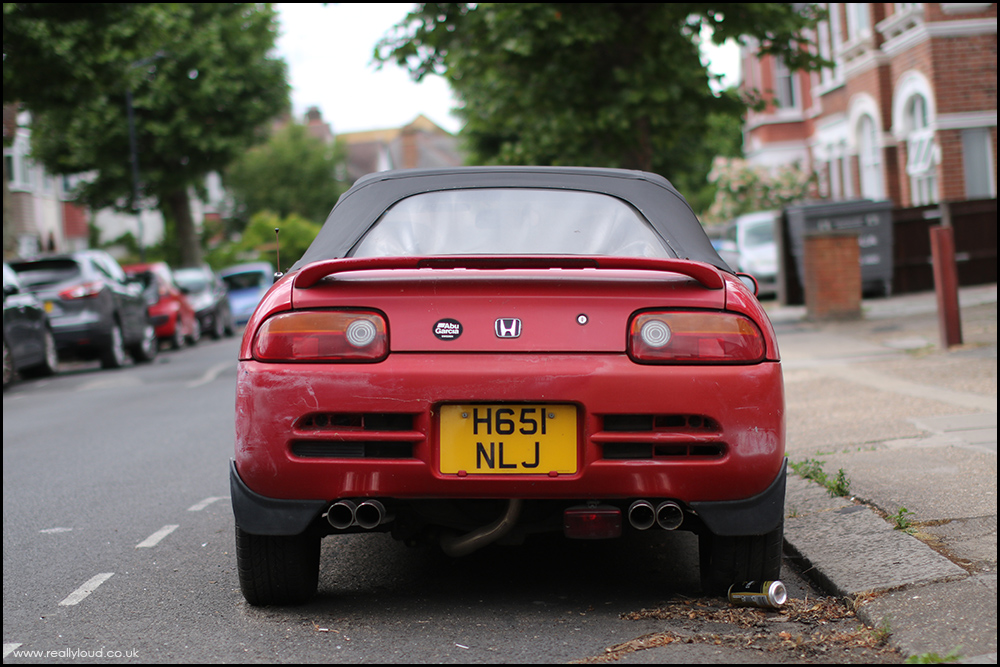 The Fujitsubo exhaust is a desirable option. 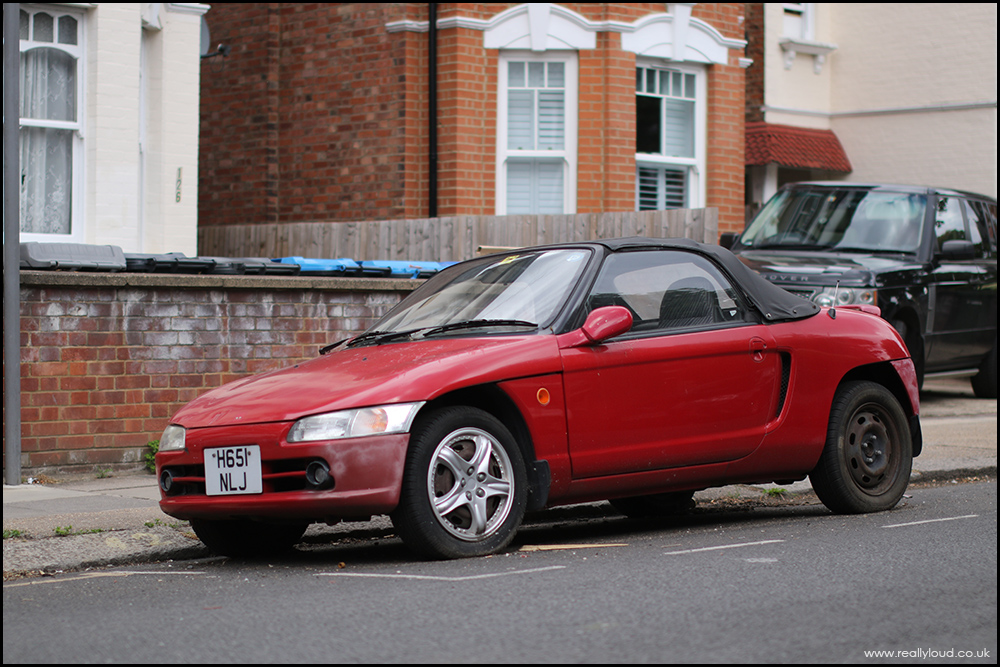 A novel car to see parked on a surburban side street. All original cars were sold with steel wheels. 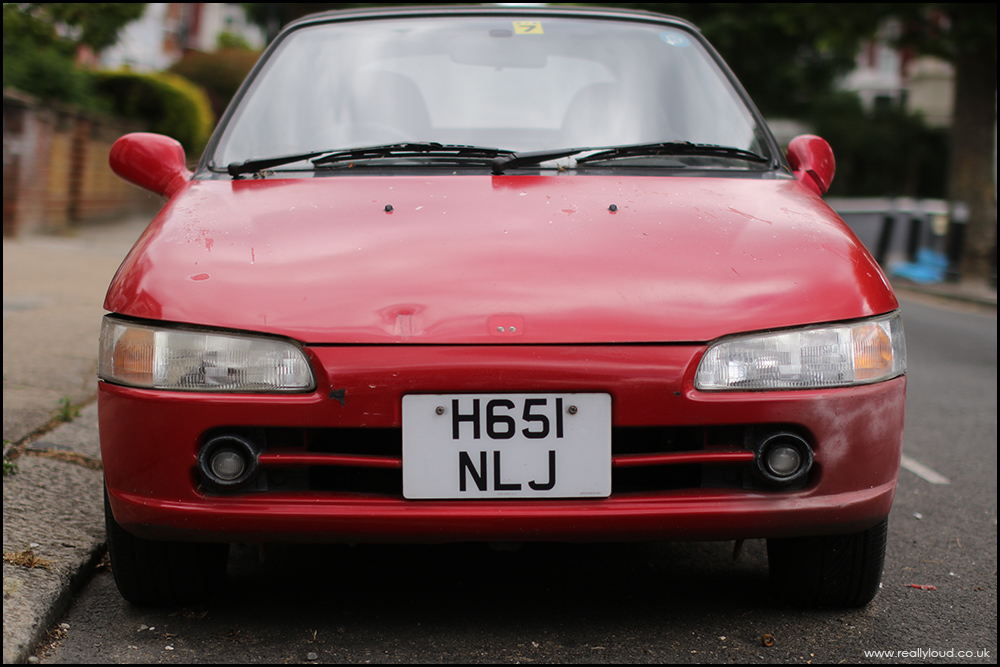 Body panels are becoming harder to obtain, due to their rarity but almost 34,000 were produced, so not impossible. 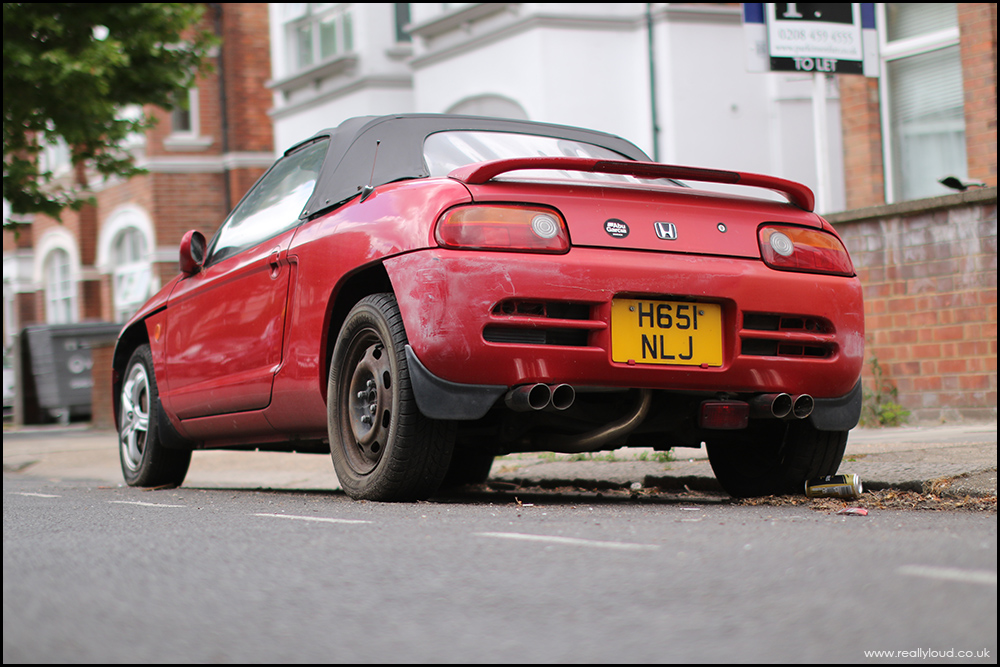 Mudguards and rear spoiler were optional but help to beef up the rear of the car’s styling. 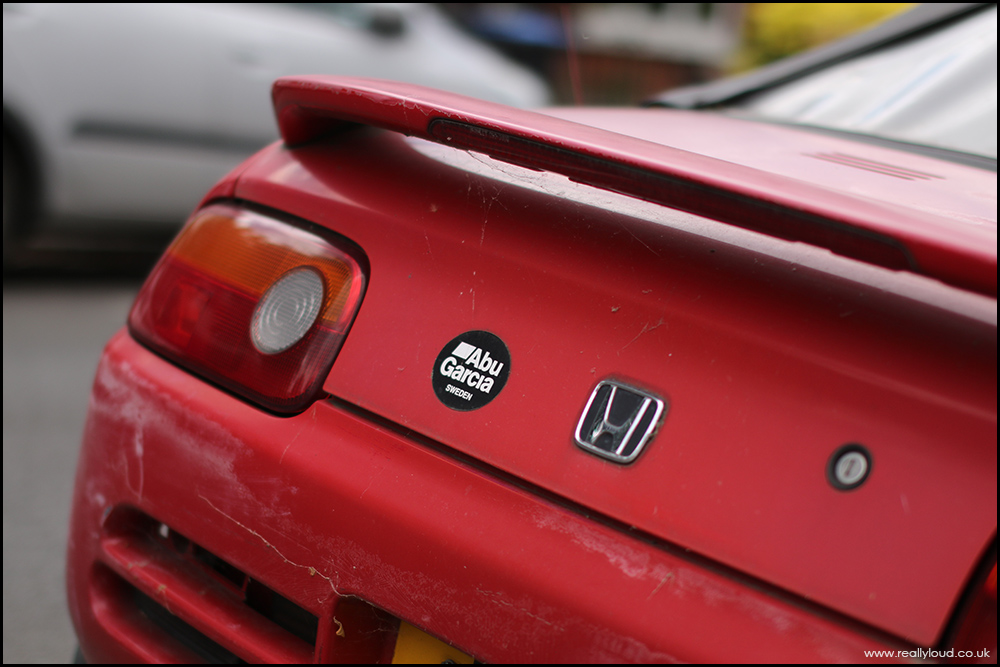 One of three sports Kei-cars of the era, the Honda is considered the easiest to obtain in the UK.