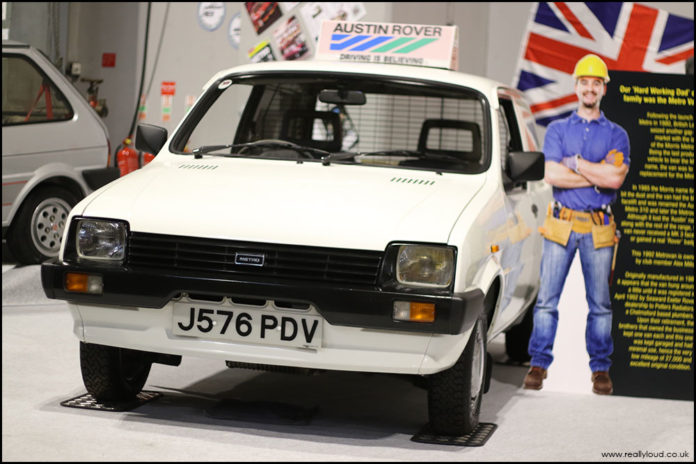 The Mini Metro is 40 years this year, but thanks to the hype prior to its release it seems to have been around for longer. Interest in the car not only roused up by buyers but also met with as much anticipation by politicians, economists and rival manufacturers. BL was the last of the major family car manufacturers to release a Supermini, despite being acknowledged as the company that released the original FWD transverse small car 21 years earlier. BLs future hanged on the success of this car, and for the first few years, it looked very promising. Sales started in late 1980 and once it established itself on the market, it outsold its arch-rival, the Fiesta in the UK. While it couldn’t be considered a trend-setting machine, it matched its rival in most respects, helped by a jingoistic advert campaign. The basic range offered a familiar range of engines, all using the same 3 door body shell with quicker MG versions following it. A proposal for a saloon was mocked up but tight finances meant it was dropped – in hindsight a fairly sensible decision given the slow sales of the VW Derby and Vauxhall Nova saloon. The Metro was revamped in 1984, with revised front styling and a 5-door option. By this time the allure of the Metro had settled down somewhat and the unavailability of a 5th gear probably enabled the Fiesta to regain the best selling Supermini again. A series of limited editions is a well-used method to increase sales without major development. By plastering the car with stickers, bolt-on goodies and cutting holes in the roof for a pop-up sunroof increased showroom appeal and the facelift Metro received at least 12 specials before the car (but sadly not the body-shell) was completely overhauled with a new set of sparkling engines and a new brand name, and most importantly a fifth gear in 1990. 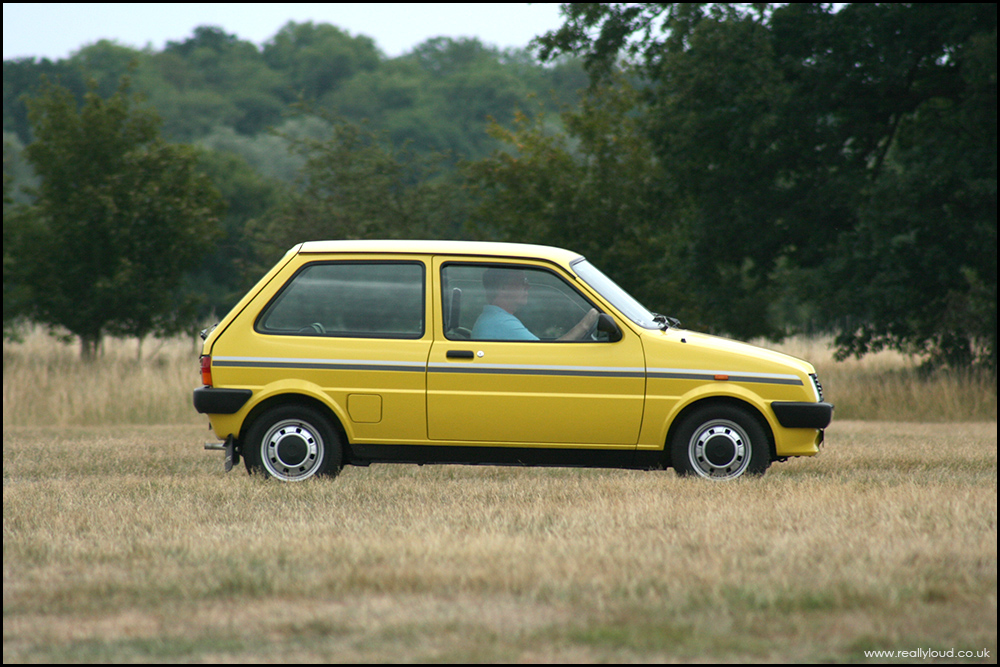 Mini Metro 1.3 S. Along with the HLS, the S model was among the first launch models with 1275cc engines. Trim wise there wasn’t anything significantly sporty to warrant the S trim, and it was replaced by the HL in 1982. 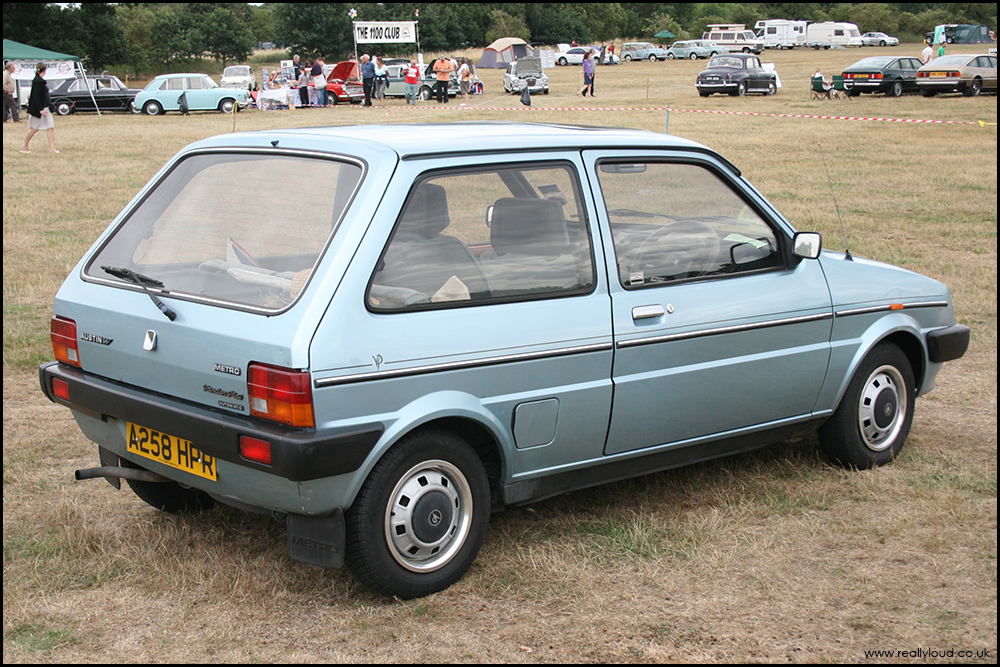 Austin Metro Vanden Plas. Considered to be the luxury variant of the Metro, its main appeal was the upgraded upholstery, extra speakers, tinted glass and the most significant progression of an optional automatic gearbox. 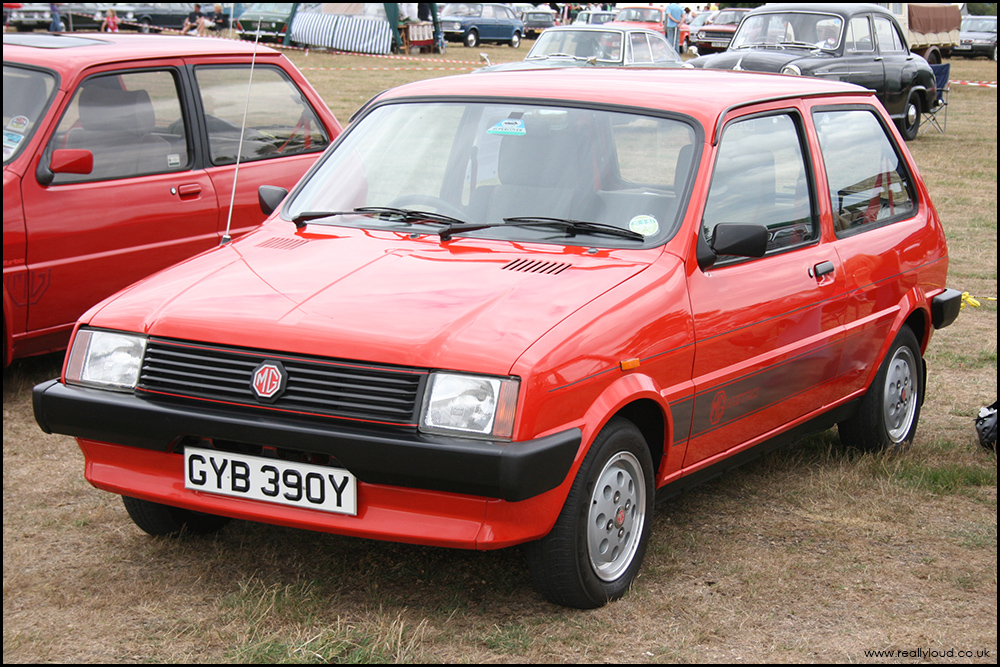 MG Metro. Badged and therefore listed as an MG, it was the first MG badged car to be marketed after the closure of the Abingdon factory. It used the modified A+ engine with a single HIF 44 carb and a modified clutch. 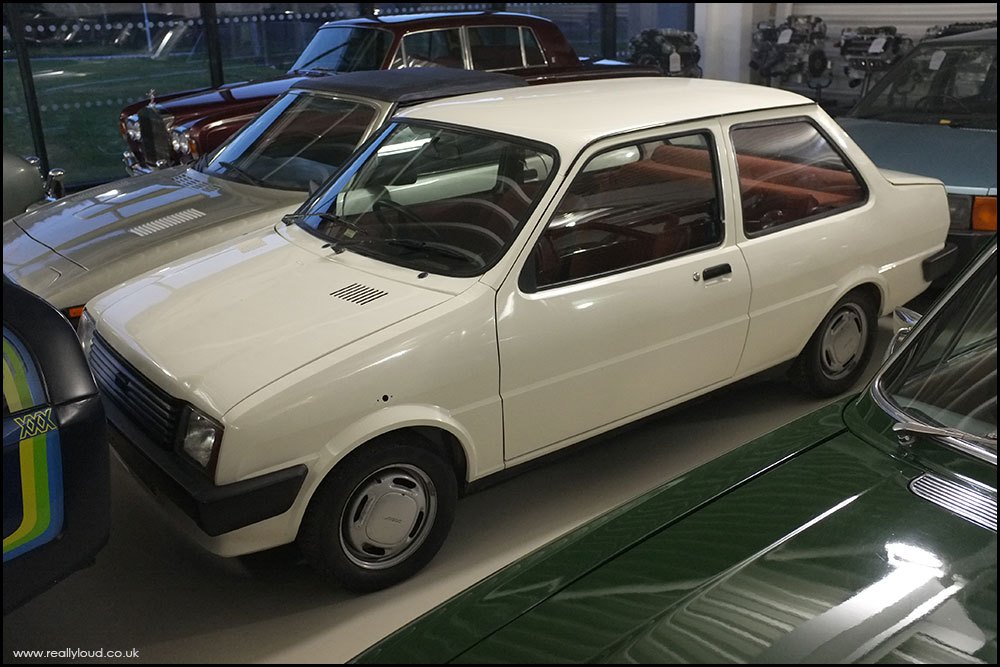 Mini Metro Saloon. A prototype mock concept proposal for a Metro saloon. BL management wisely chose not to push for the design, as small 2 door saloon cars sales were on the wane. 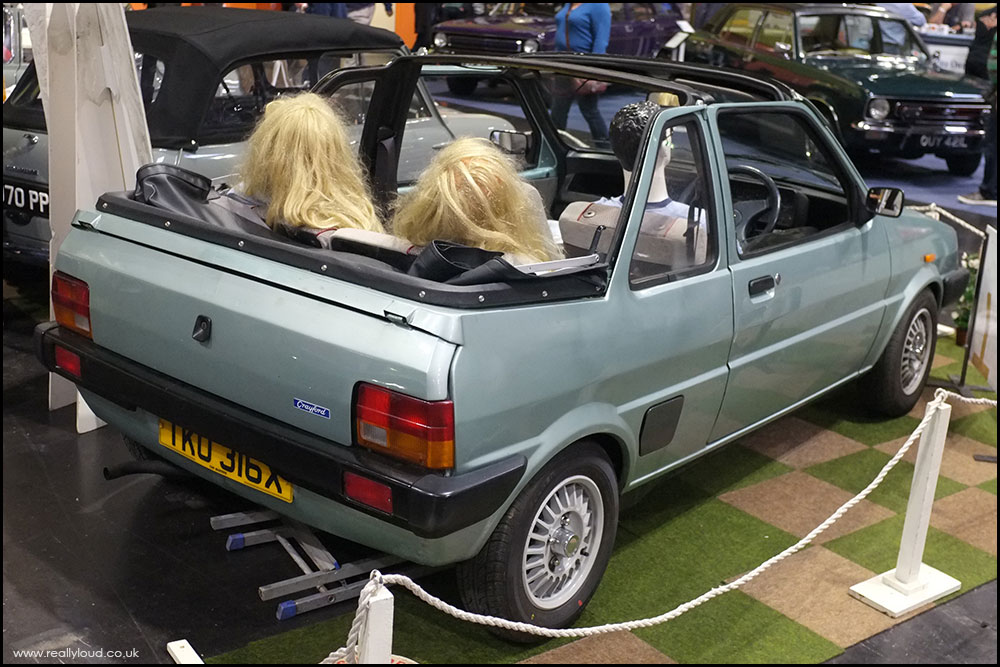 Crayford Metro. One of two prototype Convertible Crayford models made, the loss of the roof and hatchback meant it needed the extra bracing of a roll bar, C pillar and floor reinforcement. 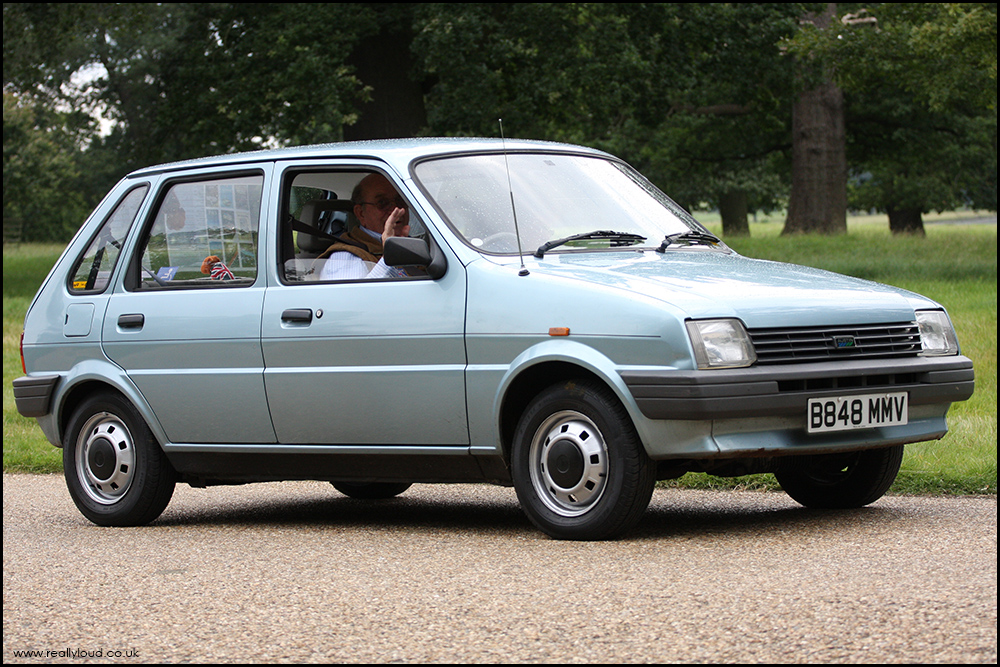 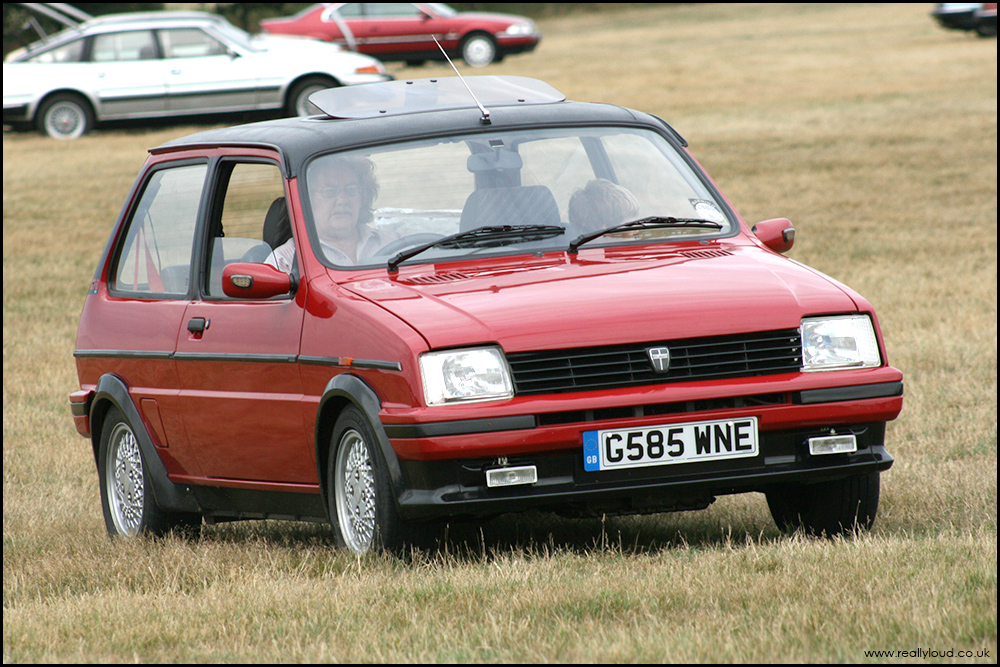 Austin Metro GTA. One of two sporting derivatives of the Metro appeared in 1988, both used the MG Metro engine, with this GTA version also utilising the suspension, all of which bumped up the insurance group. 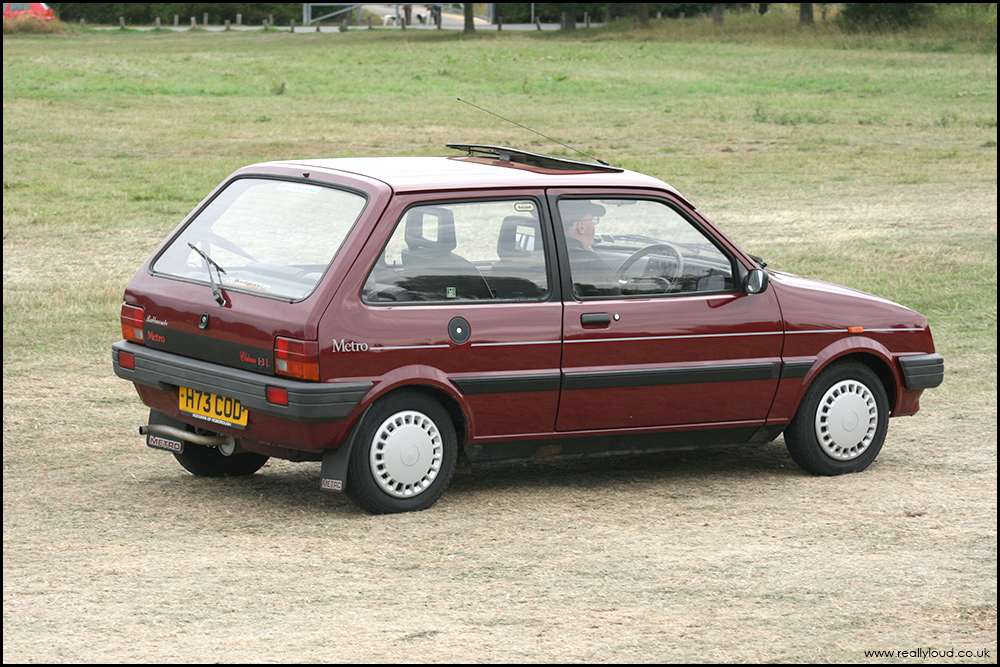 Austin Metro Clubman 1.3 L. Towards the end of the MK1’s run, the Metro was sold on an almost monthly basis of special editions, usually kitted out with extra decals, pop up sunroofs and upgraded stereos. 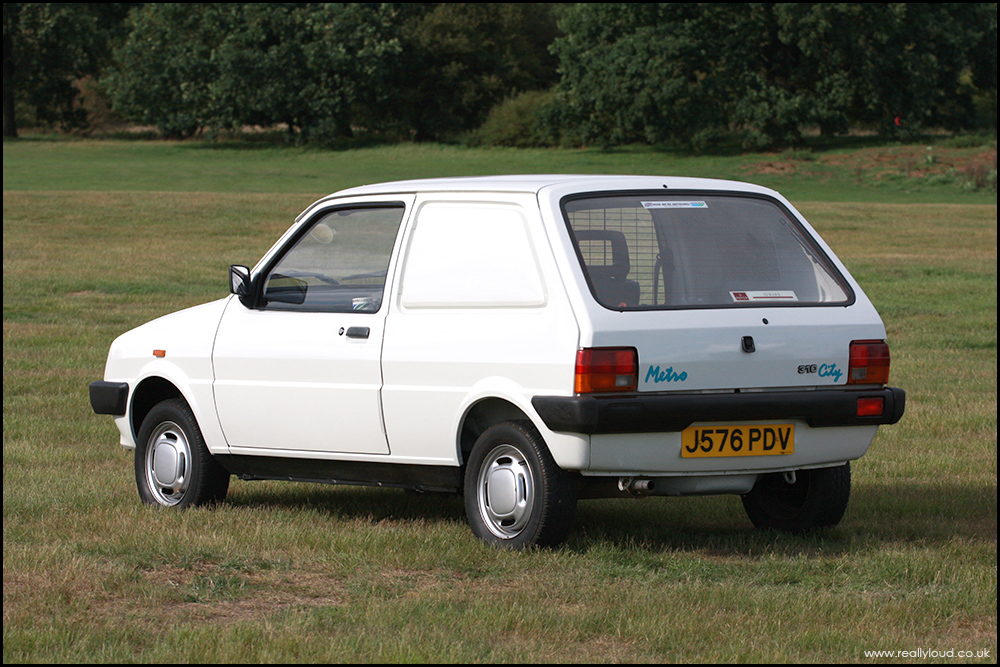 Metrovan 310. Panel vans were also sold, having the distinction of being badged as a Morris, later cars were badged as Rovers. Kitted out with 1275cc engines, these MK1 models were produced well into the revamped MK2 era. 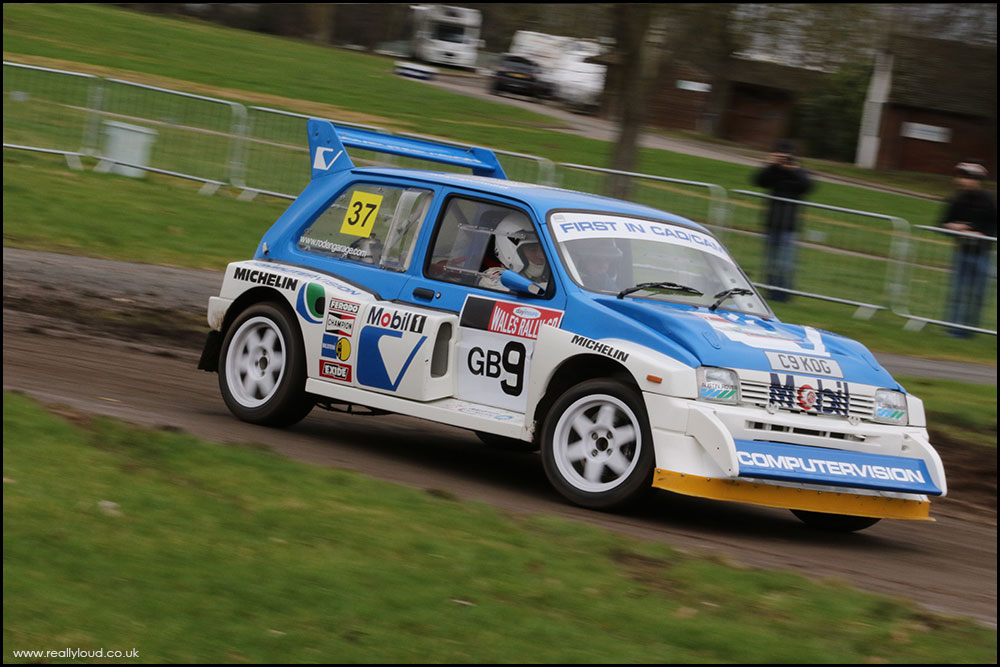 MG 6R4. Sharing not much more than trim and basic outline with the original Metro, the car was a V6 rear-engine, 4-wheel-drive Group B competition car.