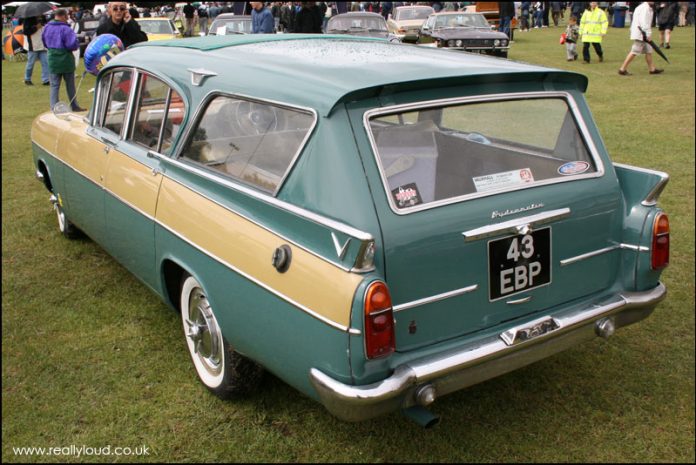 Former Wolseley designer Edward Dixon Abbott started his coach building business in 1920, having previously worked for Page and Hunt in Farnham. When Page and Hunt stopped producing body modifications in 1929, Abbott took over the premises and renamed the company E. D Abbott. Most of their work came from converting commercial vehicles, but also included body conversions on car manufacturers from Austin to Lagonda.

E.D Abbott Ltd of Farnham connections with estate car conversions came about in the early 1950’s, having already established a reputation as coach builders working on sports car conversions. In 1946 the former MD of Aston Martin, Gordon Sutherland bought the ‘Friary Motors’ garage in Old Windsor and used the premises to sell prestigious cars, as well as maintaining a personal connection with the Aston Martins works cars. He then obtained a Vauxhall franchise to sell their cars and then took over the E.D Abbott operation soon afterwards. At the time British manufacturers didn’t fully capitalise the opportunity for larger estate cars due to the relatively lower volume of sales, so E.D Abbott took advantage as a reputable coach works company to carry out conversions on new and used cars for the public.

While operating a Vauxhall franchise, Abbott had also started to establish a reputation for converting estate cars for Ford. With those resultant strong sales of the MK1 Consul models, the brand became connected in the public’s eye which is perhaps the reason GM preferred to use the Friary name tag on their Cresta/Velox estate conversions. This lucrative initiative estate car conversions proved to be successful for the company and further endorsements with government, police and royalty connections helped the companies fortunes.

The chief stylist Peter Woodgate had been responsible for several of the companies most prestigious designs, such as the Bentley R-type so this reputation for quality would have easily pursuaded both Ford and Vauxhall to sell the E.D Abbott converted cars in their respective showrooms.

A MK1 1953 Ford Consul. It was the first of a line of Fords to be converted, launched in 1954 with a £145 pound conversion price. The cars were sold in sales material as the Ford Consul Farnham.

The company used Hiltons of Egham for panel production, once the car was inspected and prepared for conversion. The cars were stripped of their interiors, headlining, rear panels and rear external parts, including the fuel tanks. The rear cross members were removed and once the car was placed in a jig, the internal inner panels were trimmed. The roof from the rear doors onwards was removed, and replaced with a new panel. For the earlier models most of the new rear panels would have been produced in steel, but later models such as the Corsair were sold with GRP tailgates. There’s no suggestions that the mechanics were altered, as most of the cars were fitted with leaf springs they would have been capable to dealing with the extra weight. 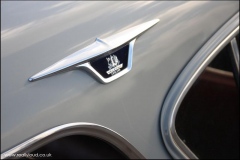 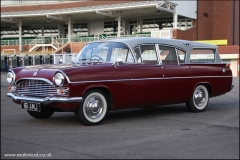 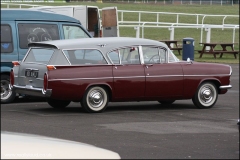 1960 Vauxhall Cresta Friary, unlike the Consul/Zephyr/Zodiac models, the boot was properly hinged from the top. Most models would use scissor brackets to help keep the boot open, but struts were also used in later examples. The rear spoiler affect may well have been unintentional, but it would have helped to improve the drag co-efficent and therefore the fuel consumption. 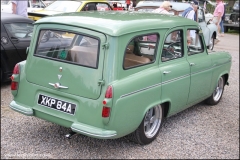 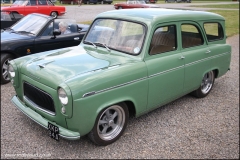 A 1960 Ford Prefect, Ford were producing some of their smaller models as 3 door estates but small 5 door estates were still comparatively rare.

The Anglia was also converted in small numbers, with the design resembling a hatchback rather than an estate car. Based on a 1962 deluxe 105E model, the car was utilised the Friary brand rather than the Abbott name tag. It is thought that this one of 3 known cars still to exist.

Ford released their own estate version of the Anglia in 1961 realising the marketing potential, this is a one of the later examples from 1967. 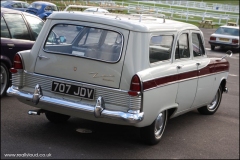 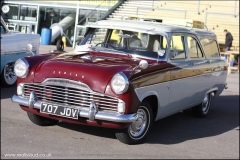 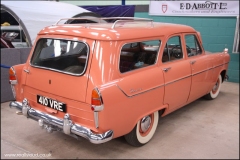 The MkII Consul/Zodiac/Zephyr models became a familiar sight on the UK new motorways as the traffic police bought in a fleet of Abbott estates. They were produced from 1956 to 1962, and it is thought about 5,600 were produced, about 70 cars survive.

By this stage Ford realised the importance of offering an estate car in their line ups, after all the Station Wagon had long been part of both GMs and Fords American marketing success. The Cortina had been introduced with an estate option, with Ford Germany producing their own estate versions of the Europe only Taunus. However there still would have been a faint air of commerical vehicle, which may have caused some net curtains to twitch with disapproval.

The outlook however was definitely shifting, with market research suggest that larger estate cars were the perfect vehicle for the increasing affluent family man. Driving holidays to the contintent was becoming common, and the ability to load up on the entire families luggage or entertaining the idea of keeping the family dog away from the seats was fast becoming an attractive preposition. Options of buying a factory built large estate car were now becoming quite common, with both Rootes, BMC and the increasing number of foreign importers offering very resolved options. Vauxhall too now offered an estate solution for every model, and although initial sales still would have been bearly enough to justify the additional production costs, the trend was on the up. 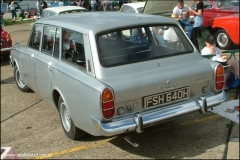 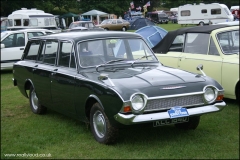 Ford Corsair, the first conversions where carried out in shortly after the release of the saloon in 1966. It was a more powerful car than the Cortina, and its Thunderbird influenced shape suited the longer roof rather well as well as being a more upmarket experience for the owner who might have well been forced to buy the cheaper Cortina Estate. The hinges were now neatly hidden inside the boot and a roof rack no longer fitted.

Following the success of the previous generation the MKIII Zephyr/Zodiac range, despite the use of external hinges, were also adopted by the British Police. Like previous conversions the rear light design could be retained as they didn’t impede the boot access. 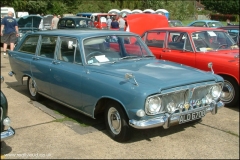 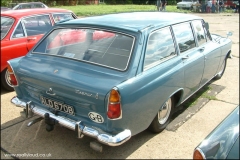 The shortcomings of the MK4 Zephyr/Zodiac/Executive models were evident by retaining the original rear design and subsequent poor access to the boot. The rear wiper is not thought to be a standard fitting. This was the last design to be converted for Ford, as its 1972 replacement, the German designed Granada was available as a factory built Estate. 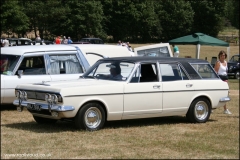 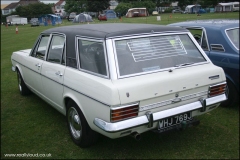 At the peak of production, Abbotts were averaging some 80 cars a month, with cars being sold at Vauxhall and Ford dealers. However by the early 60’s both Ford and GM had started designing and manufacturing their own estate cars, and Abbotts fortunes started to decline. Abbott continued with private and one off conversions, such as a concept for an open top Ford Capri but the company folded in 1972.