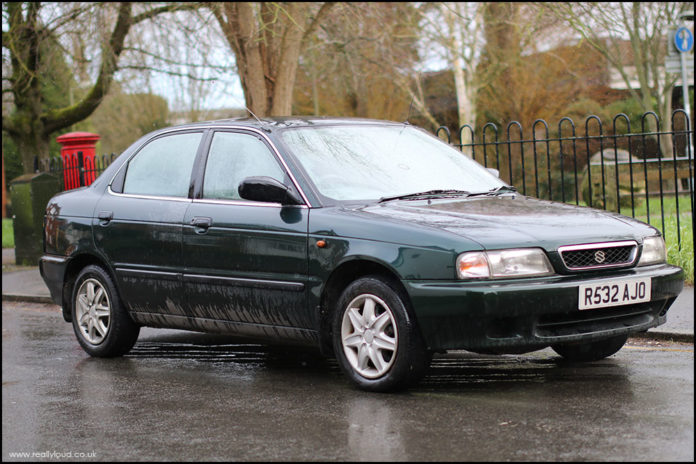 What has been said about the Suzuki Baleno? Actually not a lot really! The 1.6 saloons and estate along with its marginally more common 3 door hatchback companion was launched in the UK in 1995, as a hopeful new addition to the wide range of cars as a way to increase Suzuki’s growing market share. The brand had expanded fairly quickly, the Vitara had become something of a fashion icon, the SJ series was known for its off-road abilities and their Alto and Swift models had a loyal following and the press were raving about the Cappuccino so it seemed logical to add a conventional family car. Aimed at Nissan Almera and Toyota Corolla customers, the Baleno didn’t do anything badly, came with a generous equipment list, offered good value for money and had proven reliability, which really should have made the Baleno a contender. A combination of a lack of image, a restricted dealer network, a fairly low key budget on promotion and the silly name probably didn’t help. Since then, Suzuki has not been able to establish a sensible family car in the UK. The latest fourth-generation range, which included a rather talented turbocharged 1.0 model, was dropped from the UK line up last year. Typically, it has been overlooked by most buyers due to an almost undetected presence in a fiercely competitive market. 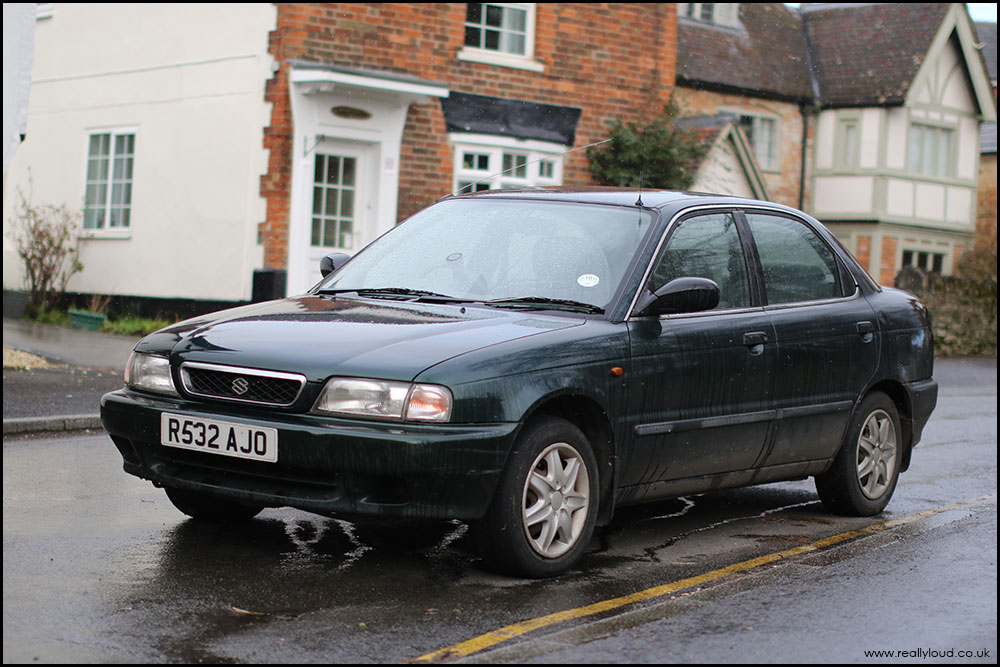 Relatively unfamiliar in the family car market, Suzuki was still a shrewd buy for the undiscerning owner. 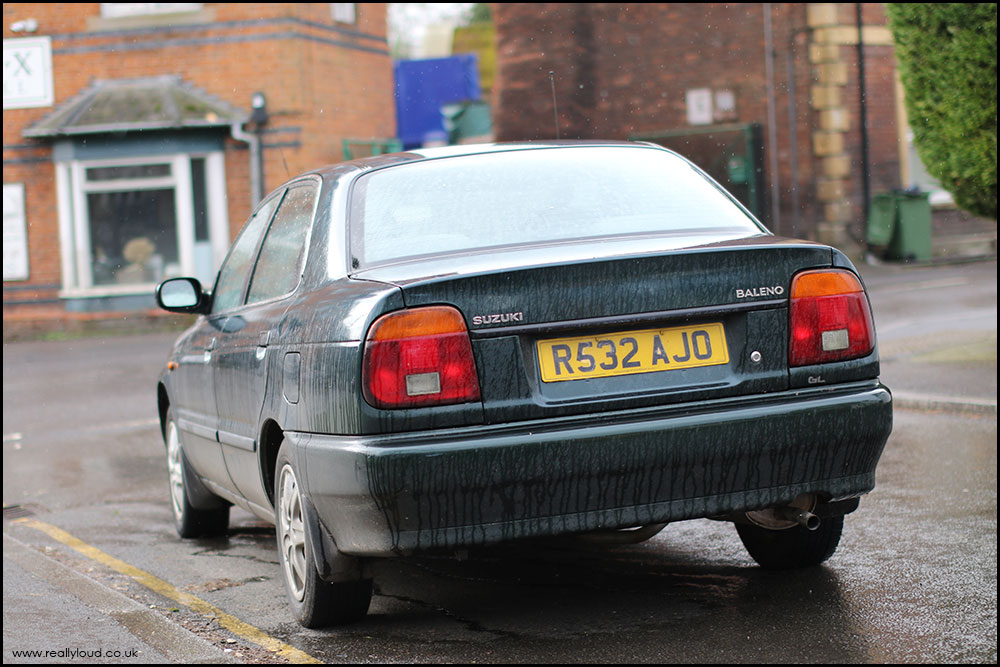 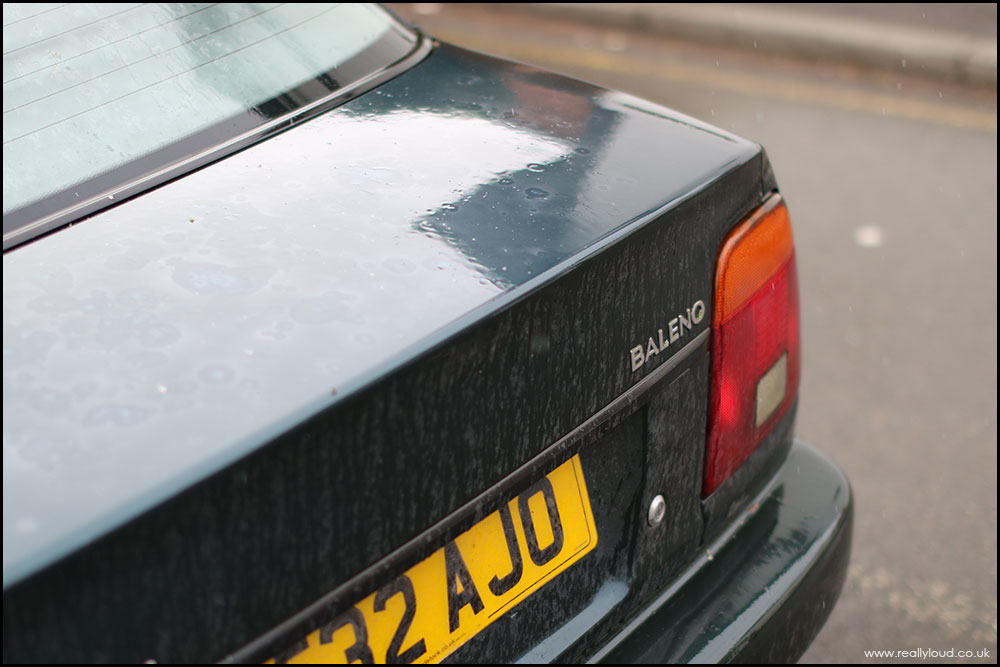 Later versions came with 1.8 engines but didn’t offer a significant improvement in performance. 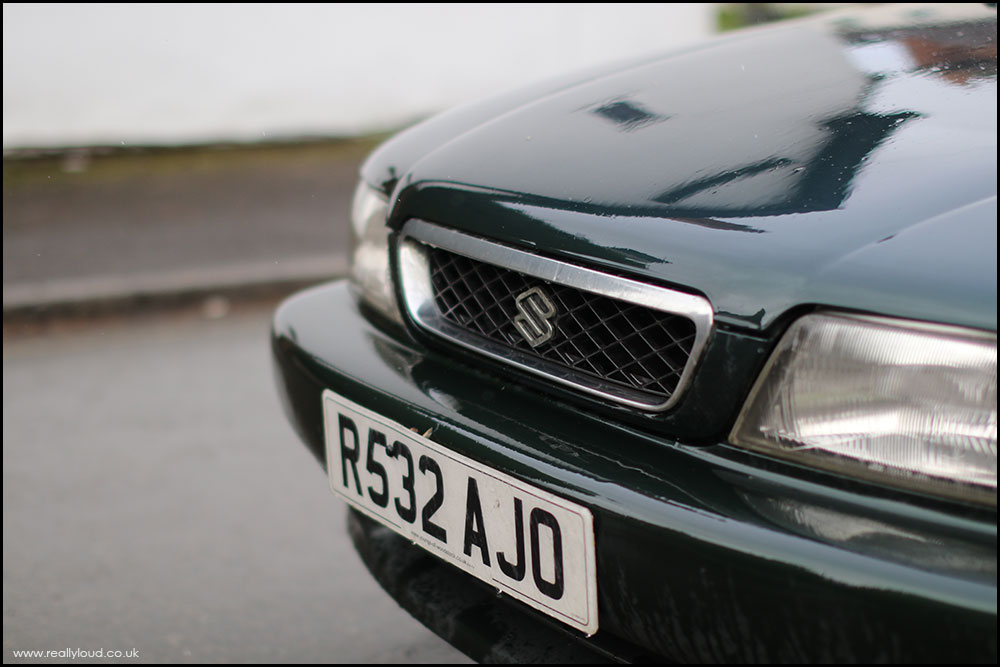 The Suzuki went virtually unnoticed in a crowded market but remained for sale for much of the decade. The estate version just about survived into the millennium.