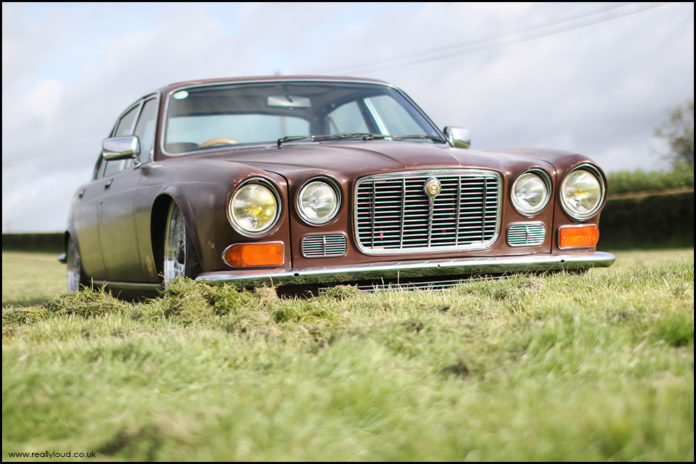 A well known (and therefore well photographed) car in modified show circles, this very unique dumped Daimler is something else. Owned by @letitgoletitflow @retroridesgathering attendees were lucky enough to see the car stalk both of their shows last year. It’s a little more than just a slammed Jag, it also has the novelty of being powered by an M51D25 BMW diesel lump – a nice change from the expected. It has an MK1 bonnet which betrays its 1983 build date and has no doubt sported several styles of alloys over its 4-year inception. Originally running on coil overs, it was air bagged a couple of years ago and now sports white walls! 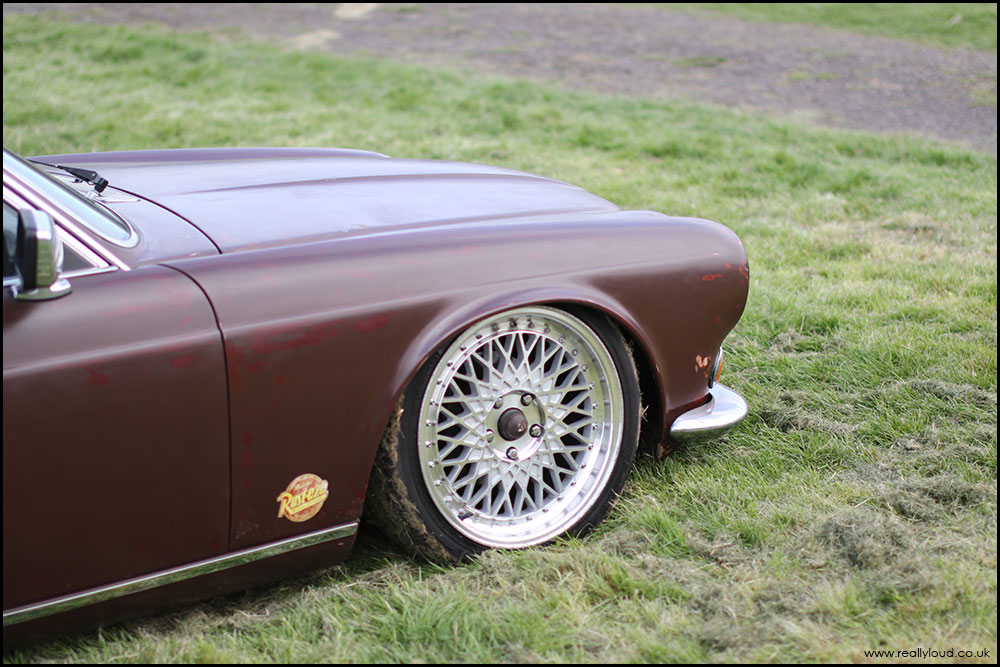 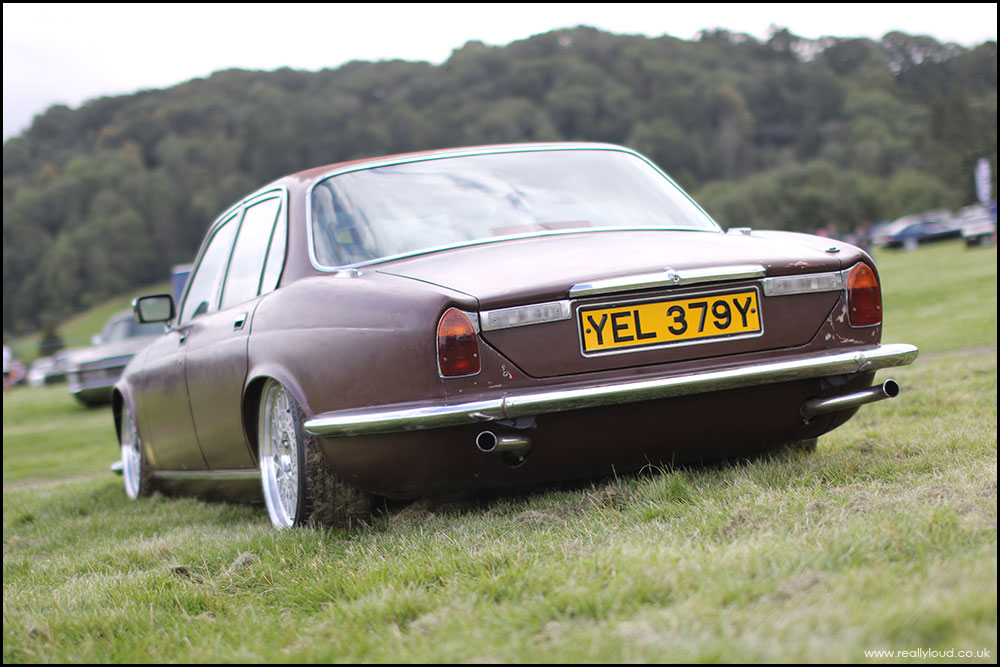 The 2.5-litre straight-six engine is a BMW engine but was also used on the mid-’80s Range Rover. 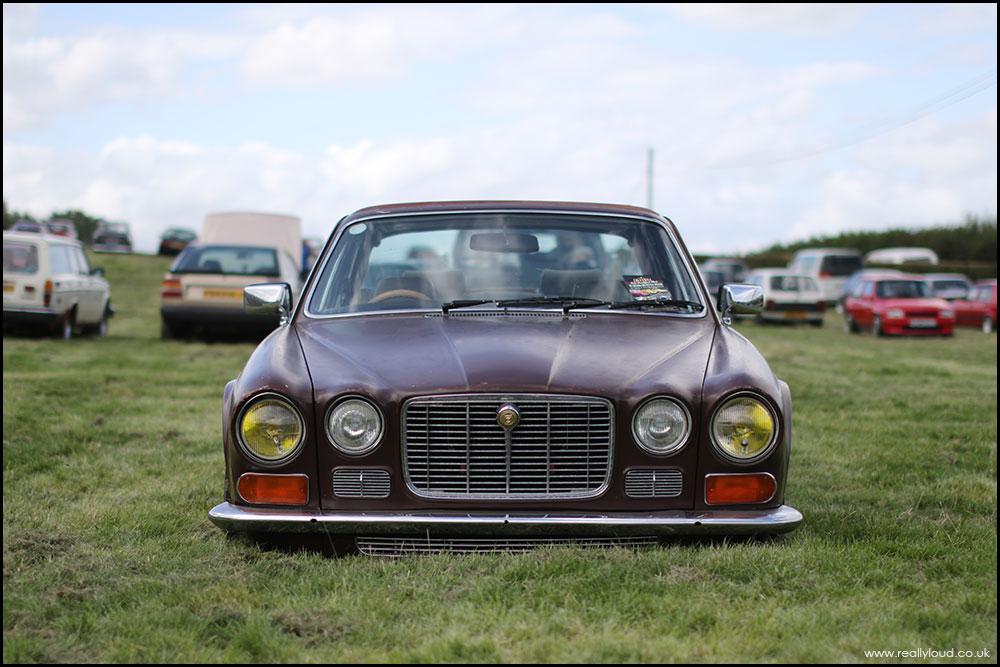 The front end betrays the age of the car but is considered the best looking of all of the XJ series cars.