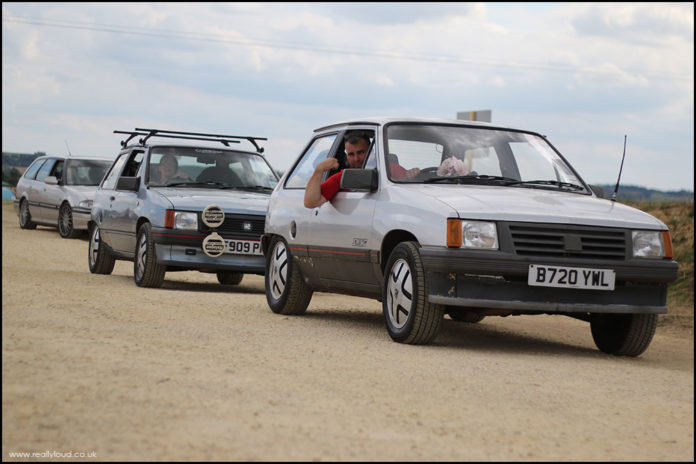 Vauxhall finally enters the FWD supermini market in 1983, finally displacing the Chevette as their smallest car. The all-new conservative but neat GM design brought in three new engines and plenty of public interest to worry both Austin and Ford. The Metro was still selling strongly, despite its 24-year-old Mini underpinnings. The MK1 Fiesta still had a few months to run too, so GM on paper had the advantage. However Fiat, Nissan and Peugeot were very close to launching with their Uno, Micra and 205 which was to cut short any potential accolades for the Nova. Not that the Nova was a bad car, it simply was overwhelmed by an exceptionally talented trio. Sold initially as a 2 door saloon and 3 door hatchback, the Nova maintained respectable sales averaging around 50,000 a year but sold well under half of that of the Metro and a third of 1986 Fiesta sales. Part of the problem was the Novas poor road holding and performance in the smaller engines. The interior also came in for criticism. This was partly rectified by a relaunch of the range in 1985, a 16 car range with better interiors with a 4 door saloon, 5 door hatchback, a warm ‘SR’ version and an almost perpetual release of sticker specials with bolt-on goodies. Another visible change arrived in 1987 with a new grill and better seats but more importantly, the arrival of the 1.6 GTE a year later. More changes came in 1989, the new lean-burn 1.4-litre engine, as well as diesel options, helped it sell more cars than previously. A facelift was applied in 1990 to keep the now ageing car going for another two years before the Corsa arrived. The Nova, despite its fairly non-descript standing in the competitive Supermini market, made good secondhand buys thanks to its straightforward DIY and low running costs but the sceptre of rust was never far away. 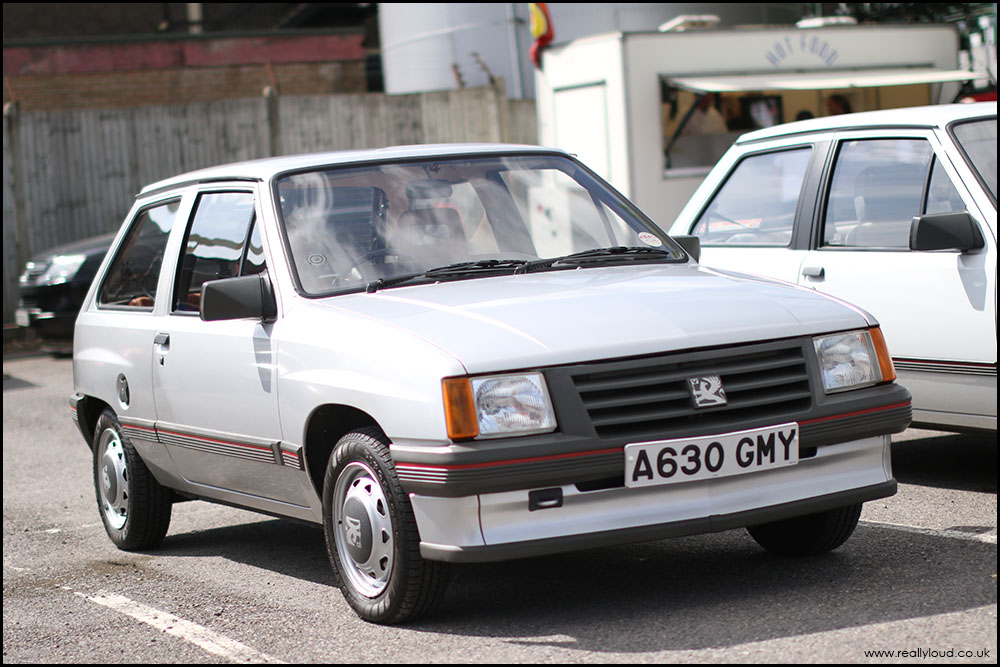 The base version with the 1.0-litre engine, 1984 models added a rubber side strip as standard. 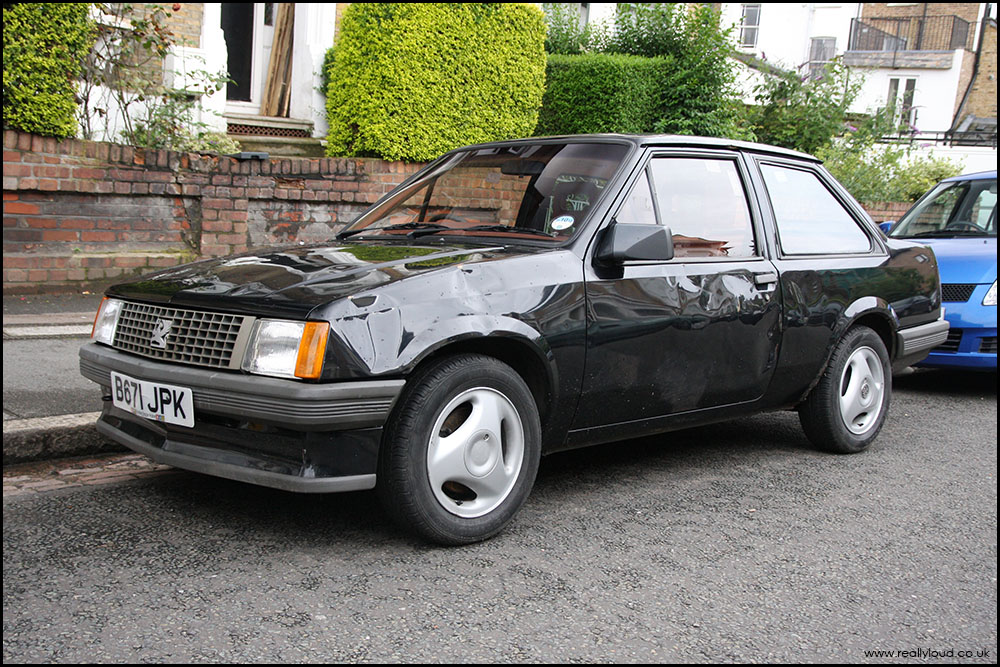 Unusually for a supermini, the Nova was sold as a saloon. The market for saloon was stronger in the continent but sold well enough in the UK to be part of the line up throughout production. 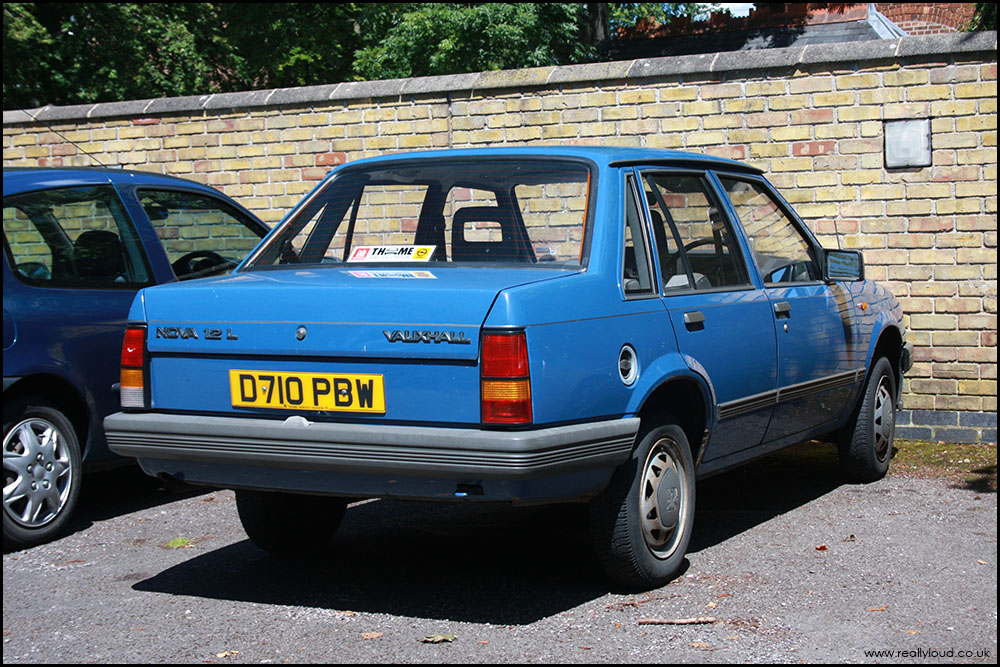 Uniquely the Nova was the smallest 4 door saloon for sale in the UK. This model represents the revised version with improved suspension and 4/5 door options. 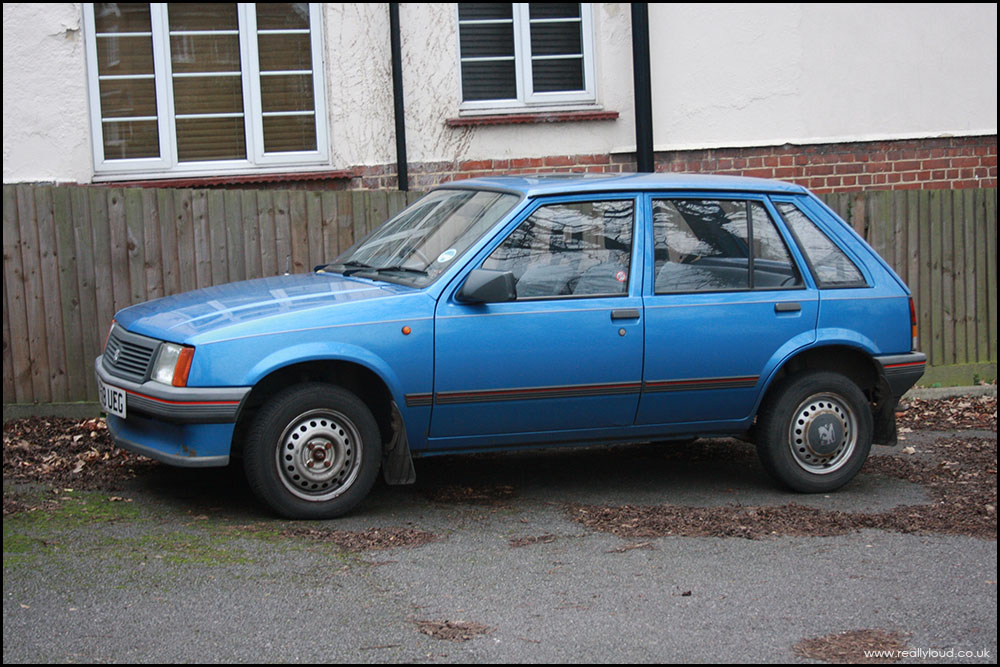 Vauxhall sold every permutation available to small car at the time but remained in the lower half of the top ten of the UK’s best selling cars during its production run. 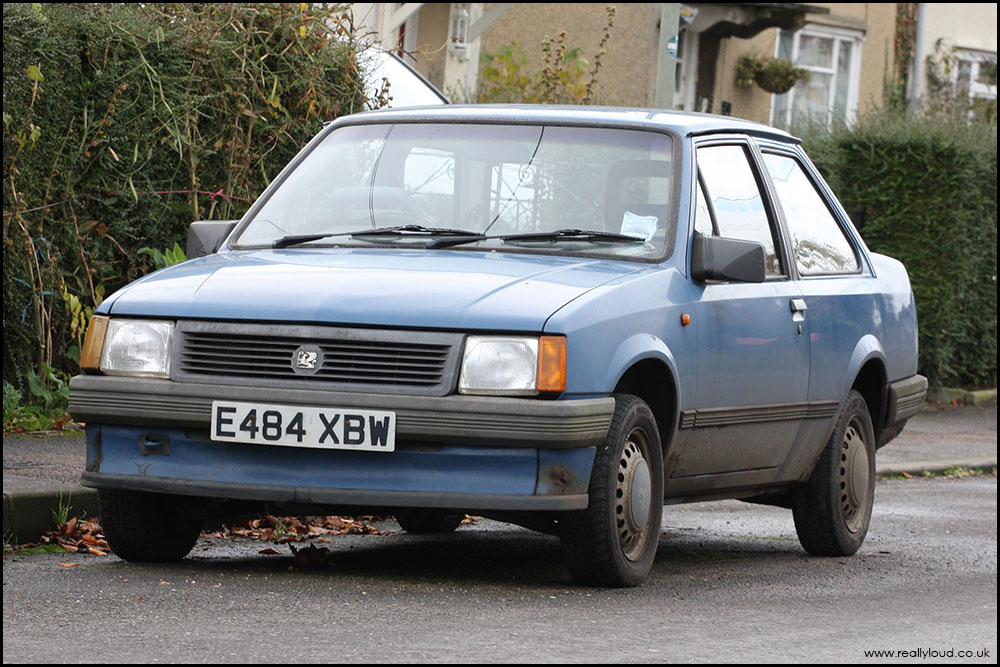 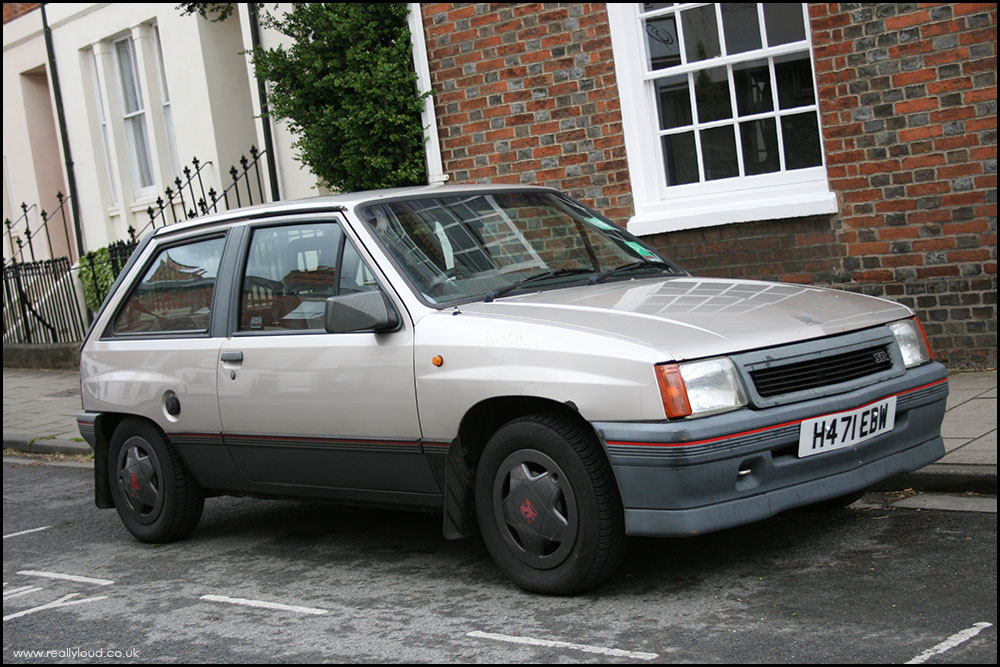 The SR models visually elevated the Nova but retained the insurance-friendly engines. 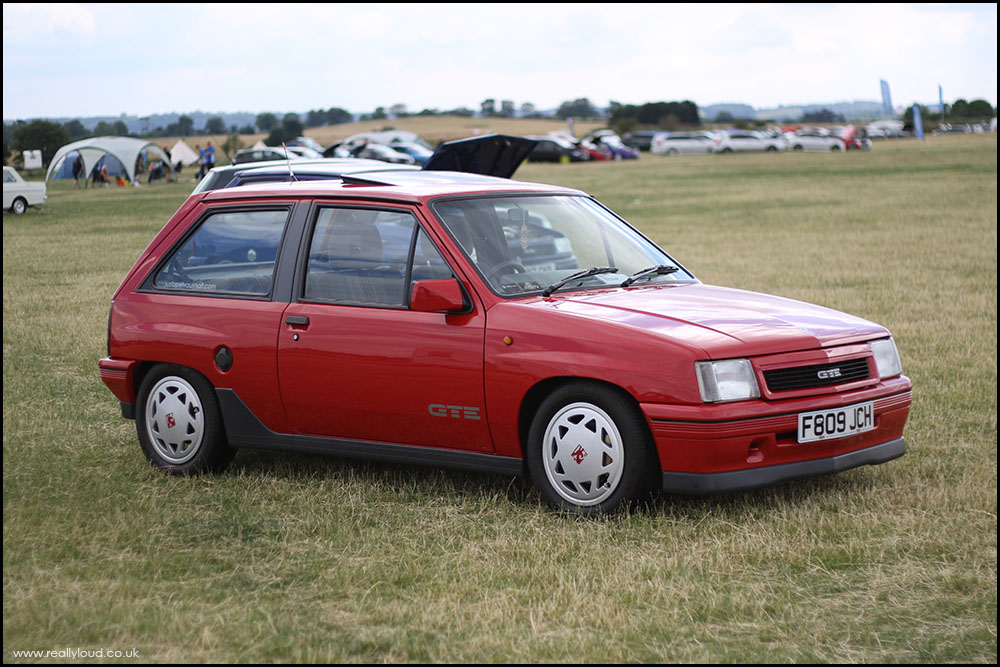 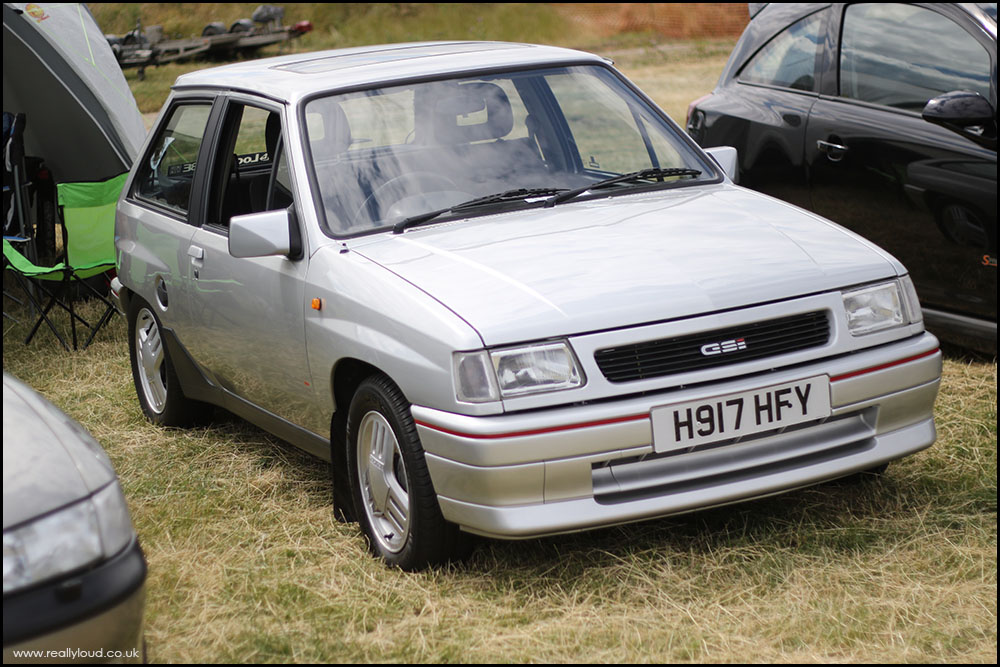 The GSI, now facelifted in line with the rest of the range, replaced the GTE. 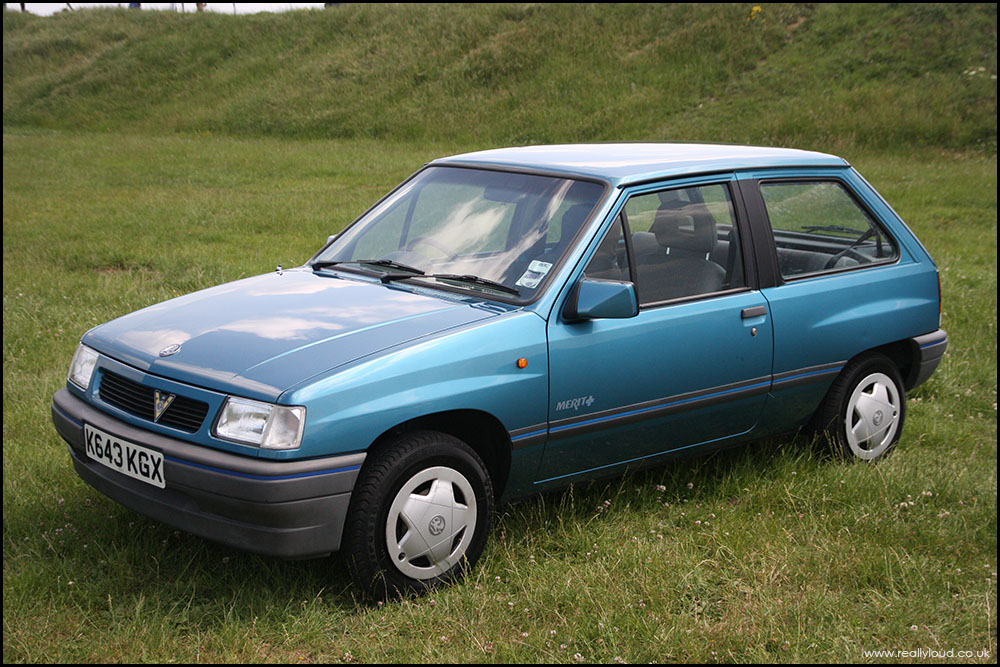 A late 3 door version, adorned in the popular Merit trim.