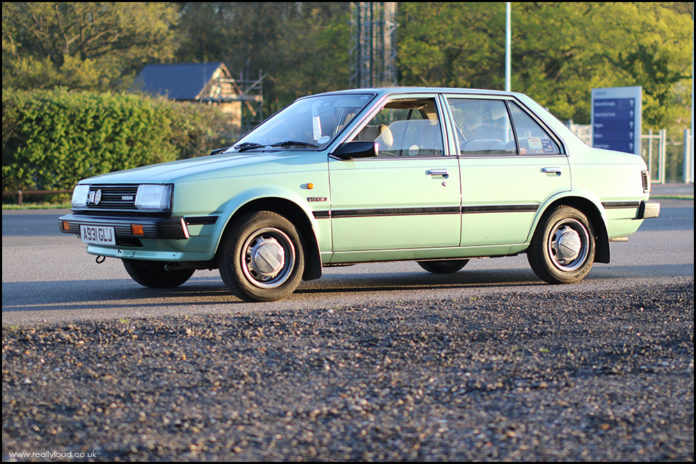 More powerful and bigger than its RWD predecessor, Nissan started to shift their cars to front-wheel drive, with the Sunny arriving in the UK in 1982.  Early models sported both Datsun and Nissan badges, as the parent company rebranded their export name. The Sunny had long established itself as Britain’s besting selling import, mainly due to its simple engineering and its reputation as an economical and reliable experience. The new generation continued the same body layouts as before, including the two estate models. The 1.3-litre model was based on the commercial derived Nissan AD with the plusher Fastback Estate incorporating a more rakish rear tailgate using the 1.5-litre engine. The coupe was an interesting addition, not due to any sporting potential but it was unusual to see 3 door hatchbacks coupes in this sector. Pricing had always been Nissan’s strength, often pitching the cars below the British opposition and they represented the excellent value for money. The range was lightly revised in 1984, really just an exercise in upgrading trim and badging with two further improvements every year until it was replaced in 1986 by the N13 and B12 series. The B11 Sunny had been criticised for its lack of driving dynamics, but its appeal was always a decision that owners made with their heads, not their hearts. The 1.3 estate continued to be imported until 1990. 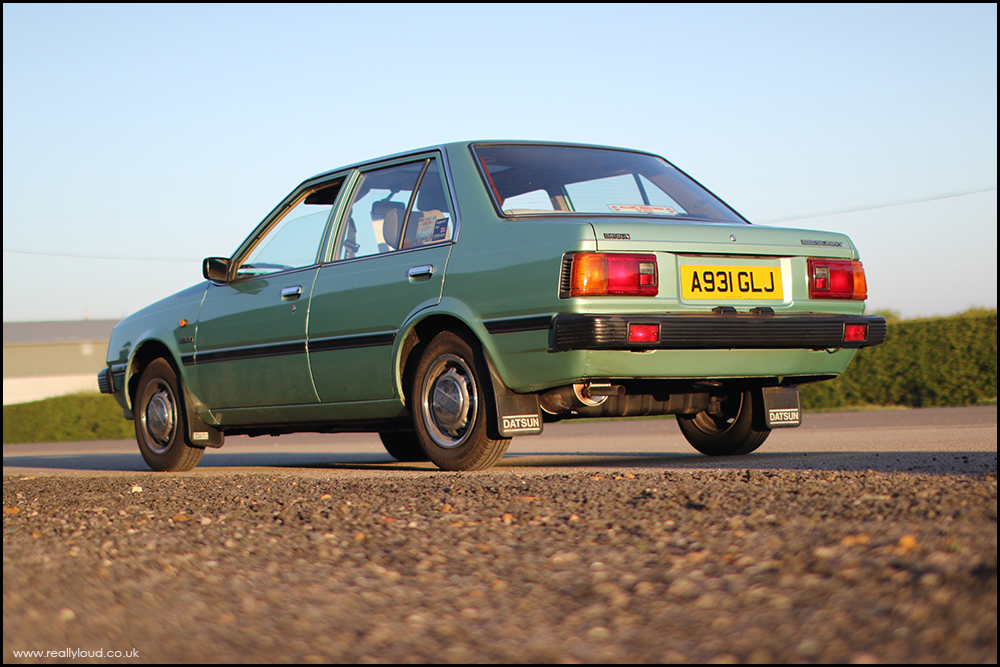 An early import of the B11 4 door Sunny saloon, still sporting a Datsun badge. 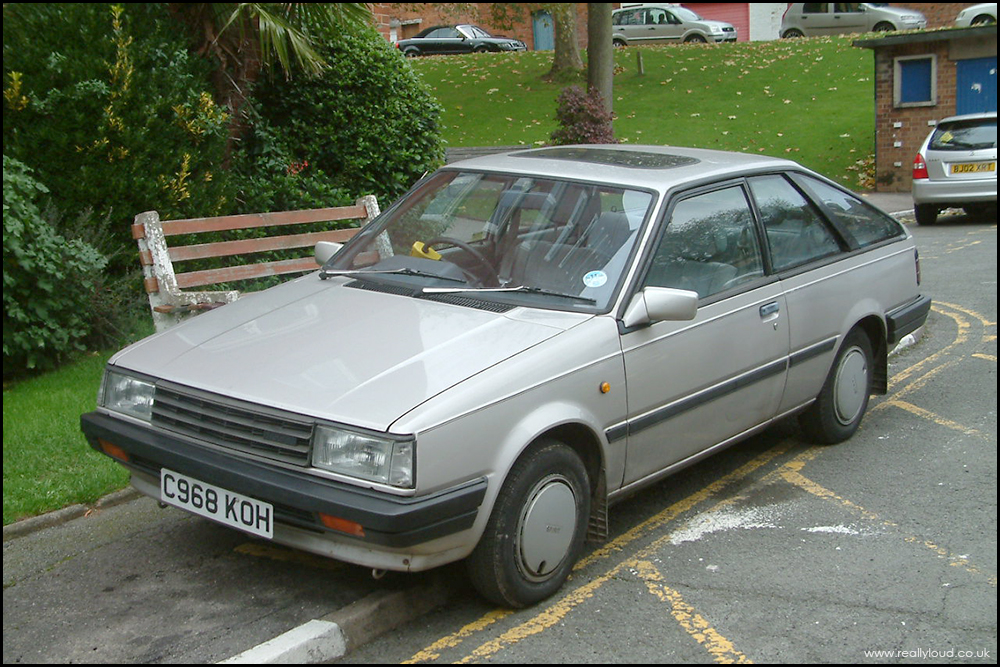 The coupe versions were well furnished but were not considered sports cars but simply a fastback version of the 1.5 litre model. 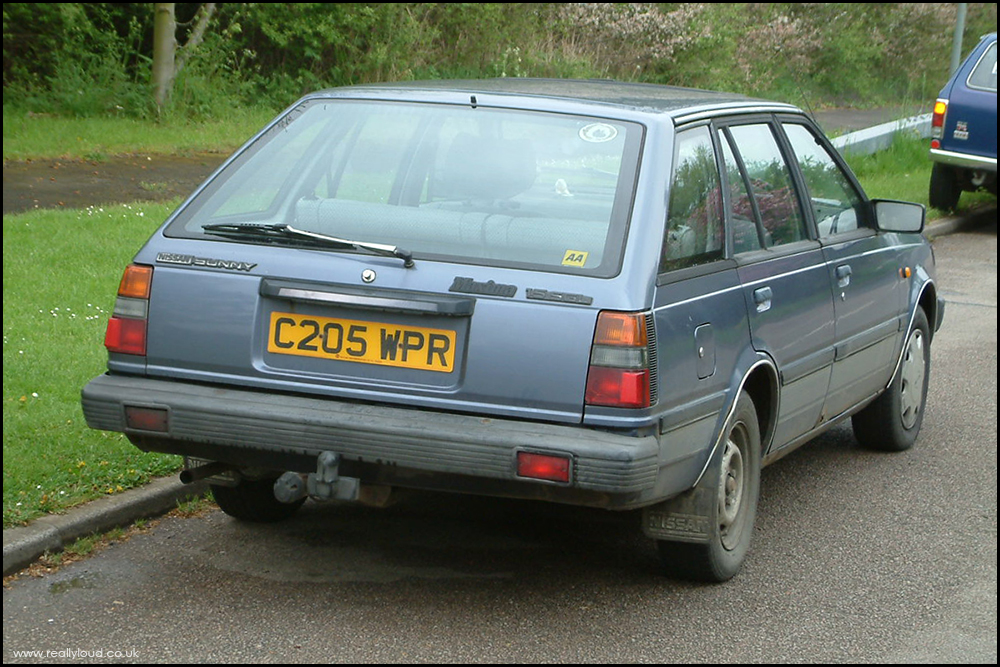 The Fastback estate was similarly well furnished, acting as the default estate model for the range. 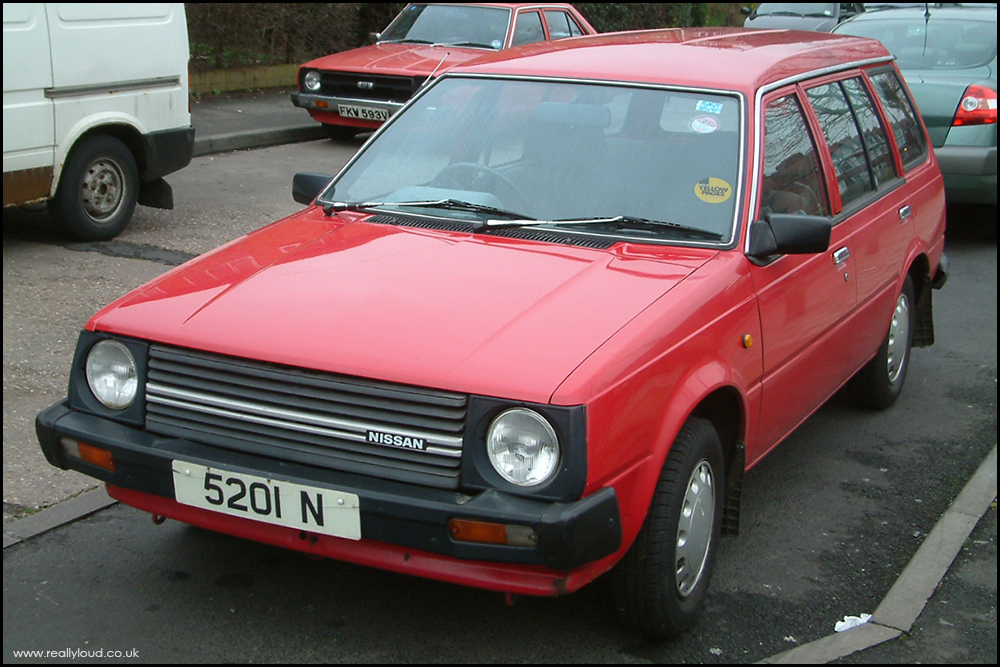 The other Sunny estate model was based on the Ad van, usually fitted with the smaller engines and more spartan interior.