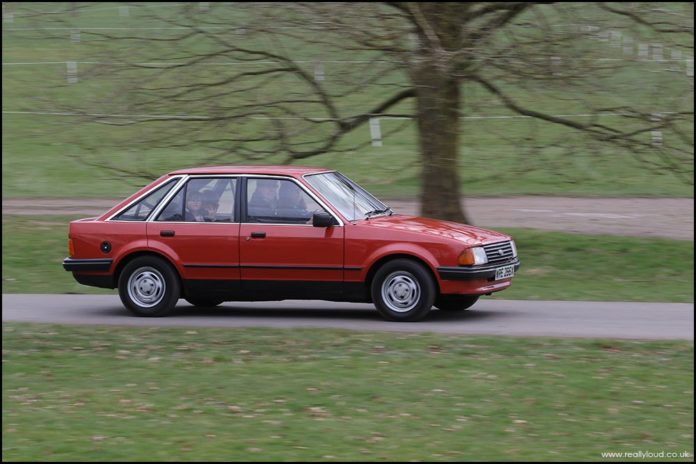 Announced in the UK in time for the 1980 Motorshow, the FWD Escort was the companies most important release of the decade. A lot of the mechanical development had been tested on the Fiesta but the Escort came with new suspension as well as a complete overhaul of the packaging. Starting with 25 models, the Escort soon expanded into 4 different body shapes (including the 4 door Orion) with versatile pricing and trim to suit each budget. While it became a best-seller, it never excelled in any particular area, but was sufficient in all and certainly an improvement in the previous models. Once the car entered the used market, it remained a popular choice thanks to its cheap running costs, ease of parts availability and DIY maintenance. Sporting variants proved how good the chassis was and now they’ve overcome the ‘Boy racer’ image, are established as valued pieces. However standard versions in rust free condition are still reasonably cheap and make good starter classics. 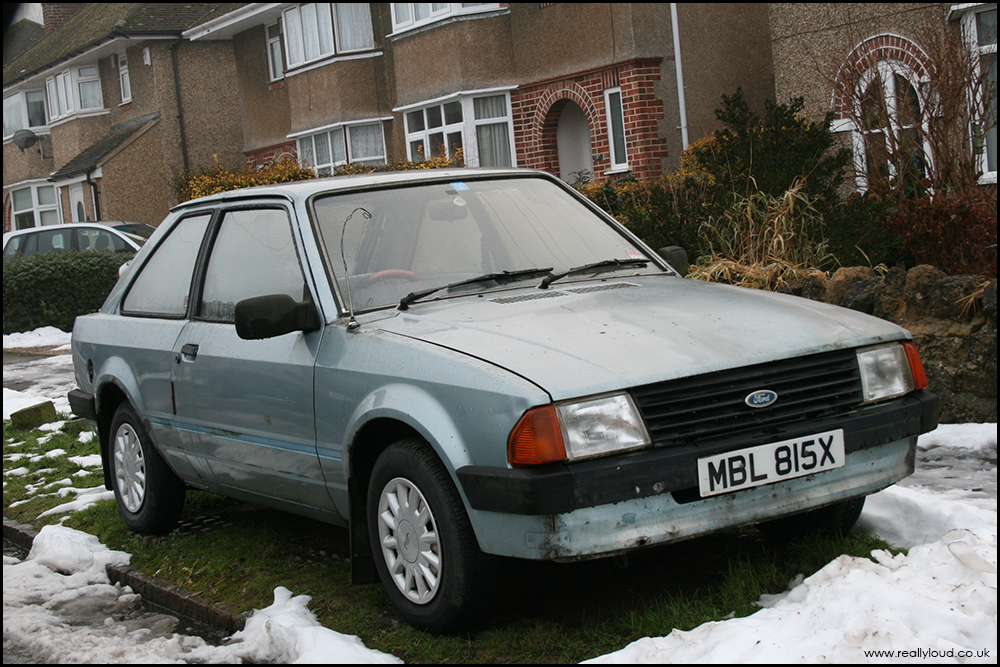 Base version Escort as 3 door hatchback. Originally to be sold as the Ford Erika, Ford UK applied enough pressure to retain the Escort name. 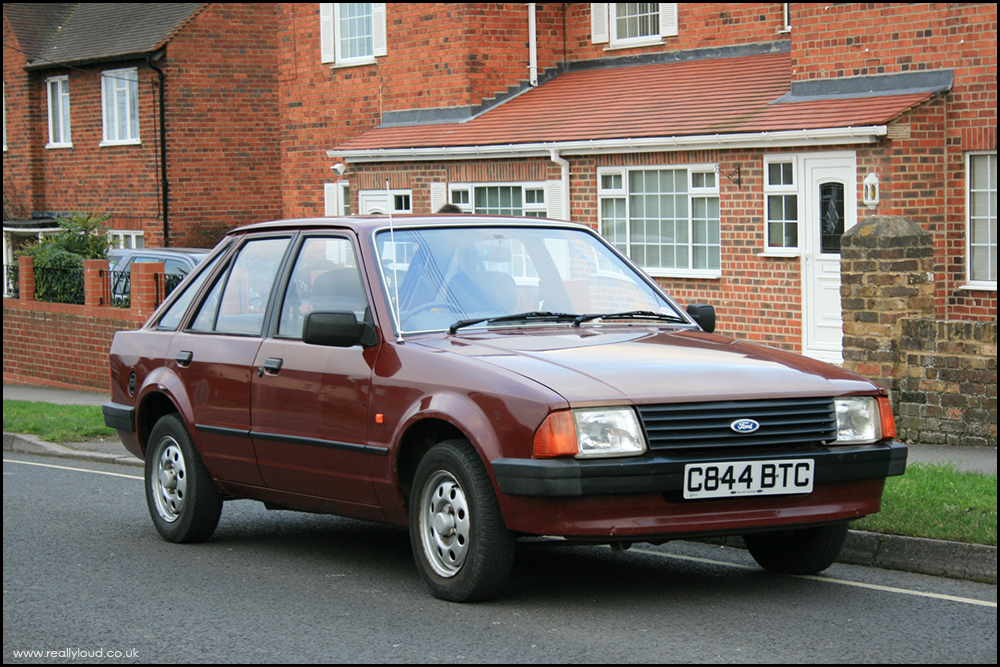 A late 5 door hatchback in the most popular GL trim. Typically, Ford regularly upgraded the equipment and trim to maintain interest. 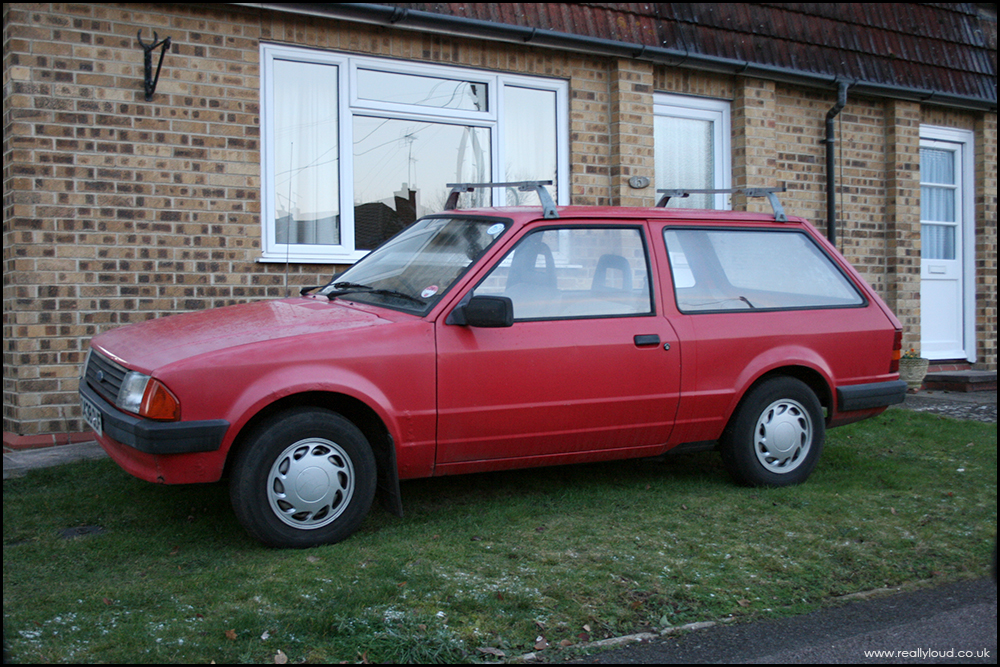 The combi van-based 3 door estate. All estate versions were only sold in L or GL trim but available with all petrol and diesel engines. 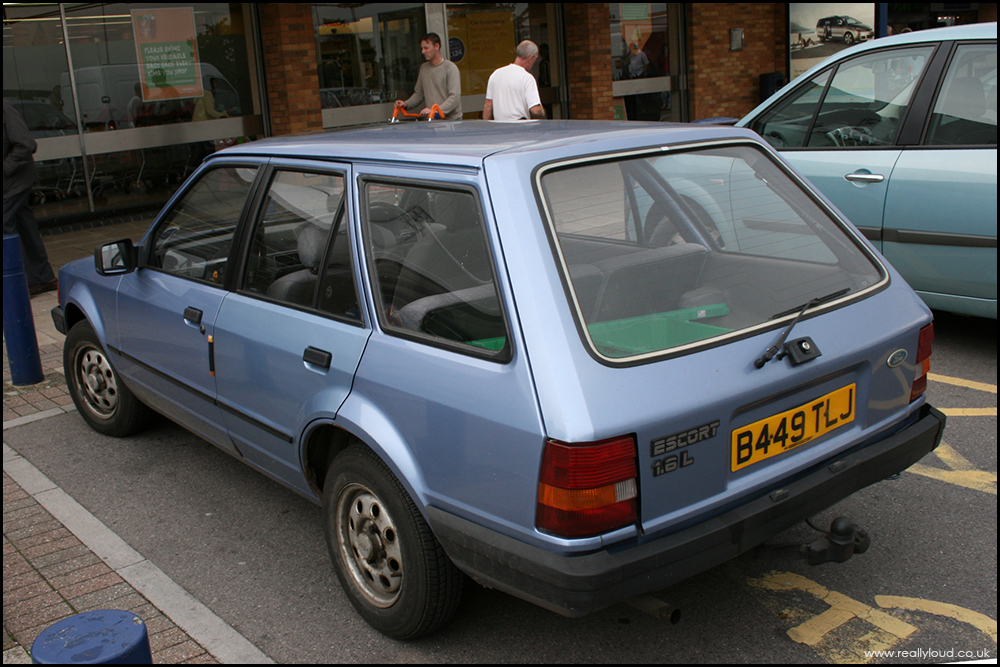 The 5 door estate illustrated how versatile the Escort range was. The 4 different body shapes helped the Escort to become the best selling car in the ’80s. 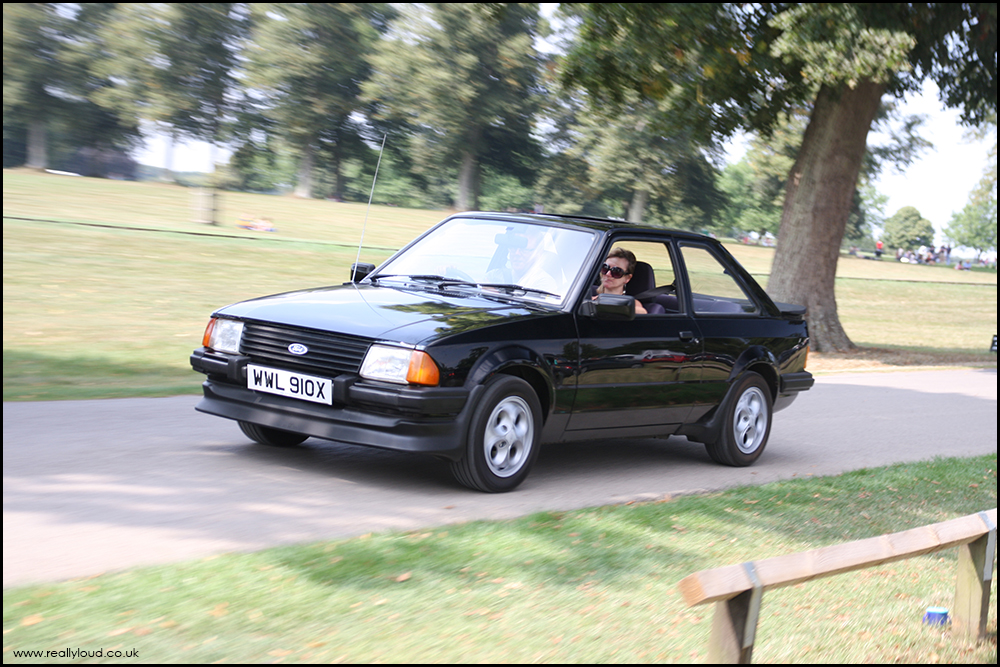 The XR3 was introduced soon after the launch of the Escort in the last quarter of 1980. It was replaced two years later by the Fuel injected XR3i. 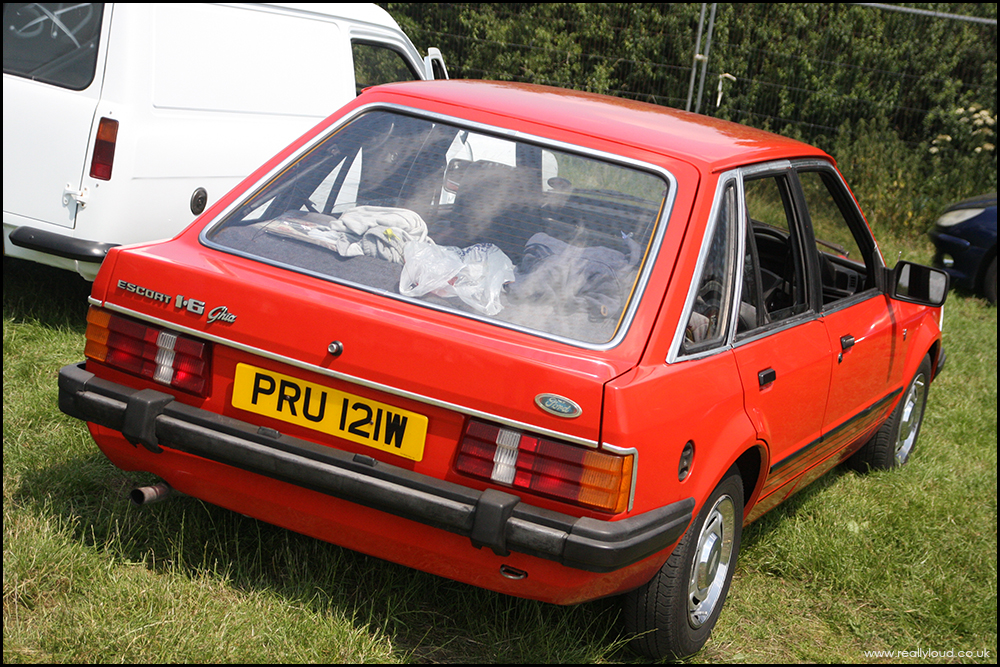 Ghia versions were easily identified by the wheels trims and extra chrome fittings. 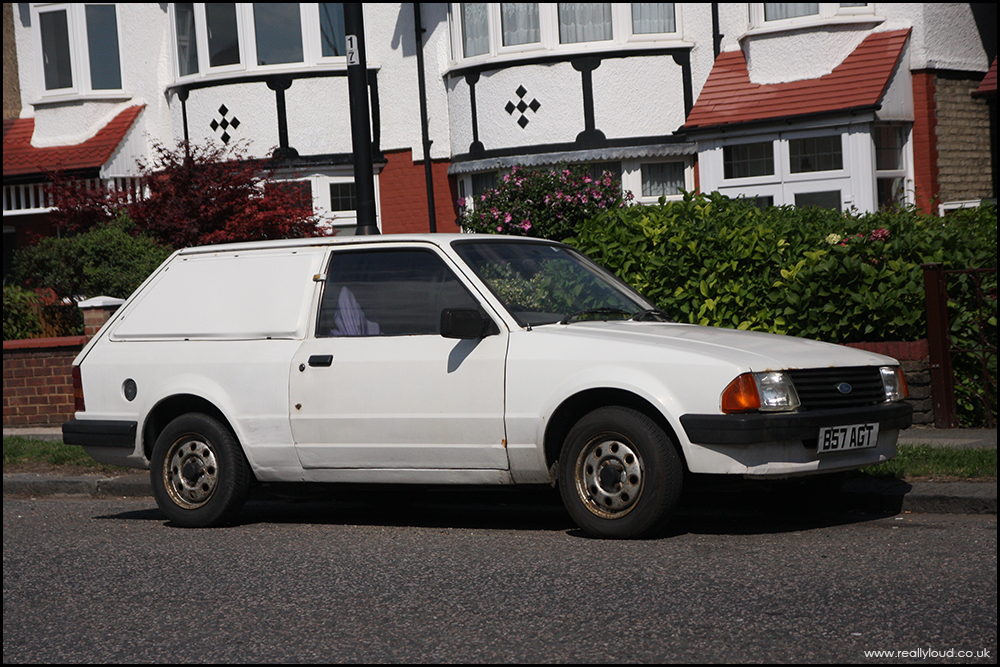 Two commercial versions were sold, this 3 door estate combi with a lifting tailgate and a van with two hinged side opening doors. 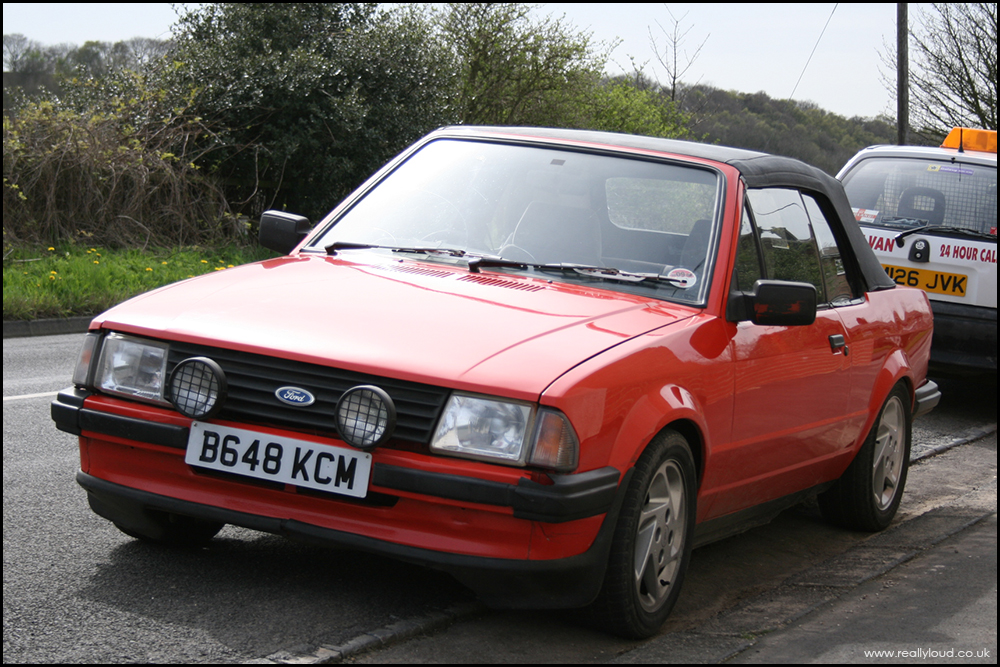 The Cabriolet was sold in a standard 1.6 or 1.3 trim. It utilised a uniquely styled rear end with a small boot lid. 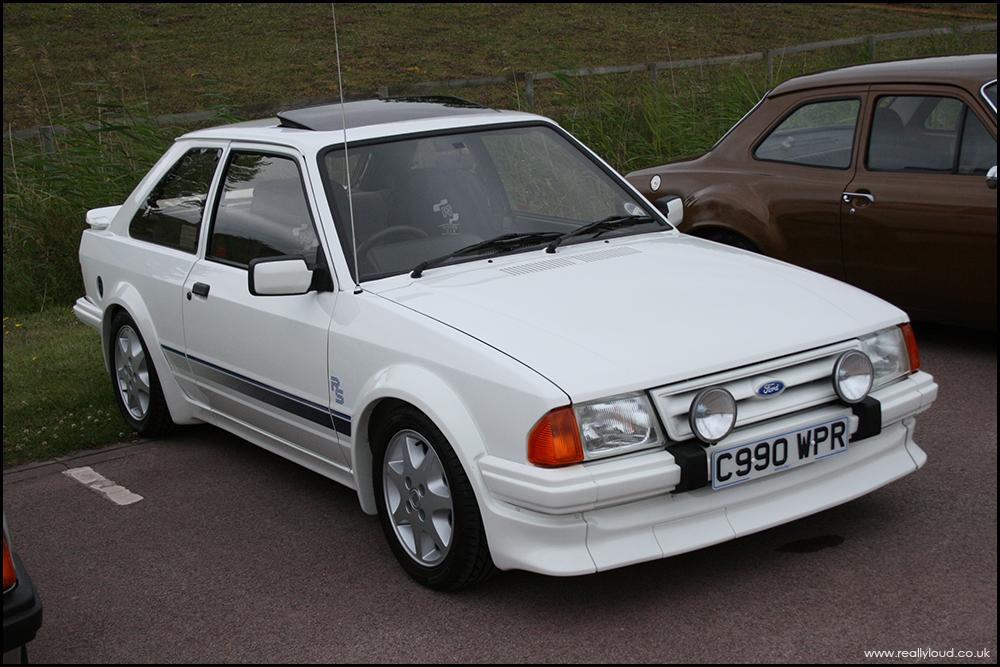 The RS1600i and RS Turbo was a high-performance version but didn’t quite achieve the same success as it’s lesser XR3i sibling. 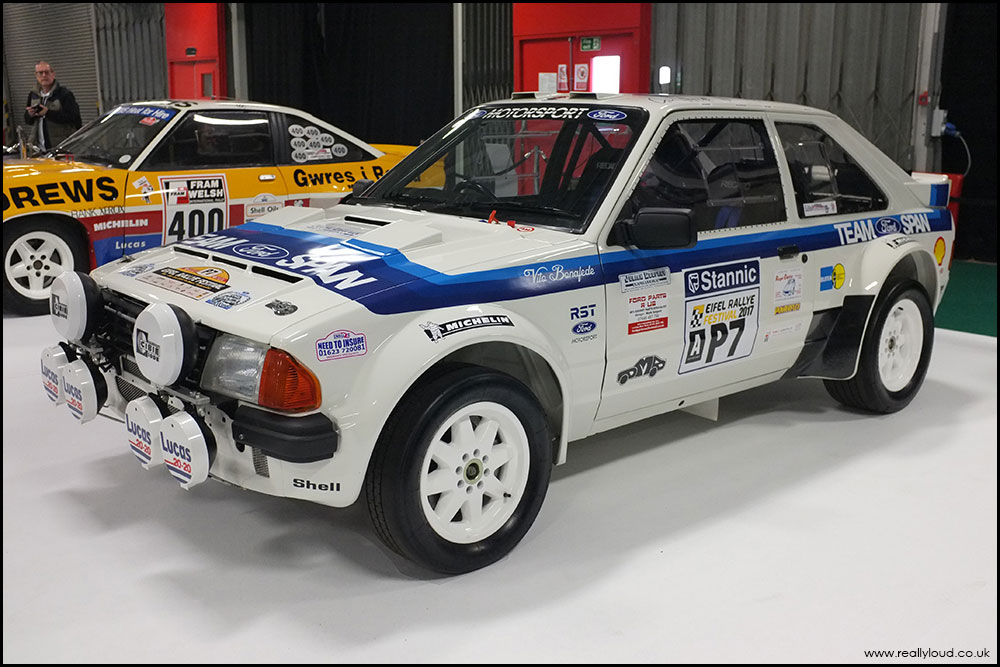 The RS1700T was a prototype 300bhp RWD version of the Escort, which was created for rallying. Development issues held it back and it was cancelled in lieu of the RS200 rally car.