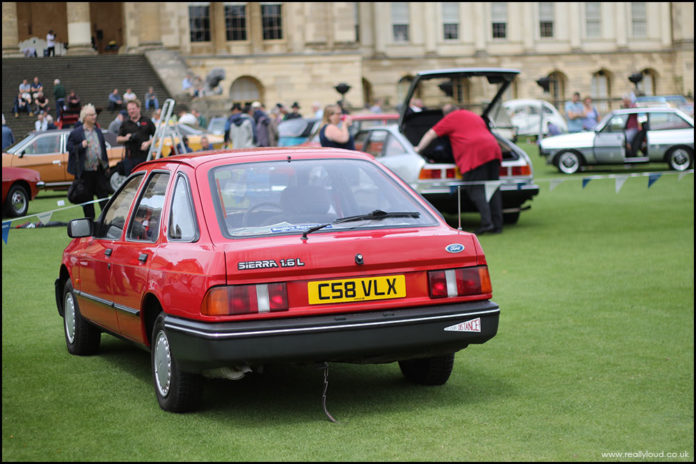 Announced in the UK in October 1982, it was an understatement to say that the appearance of the car was a surprise to many. Based on the Probe prototype, Fords announcement to mark a new design philosophy was to overhaul the image it had created around the popular but somewhat conservative Cortina. Under the skin, however, it retained the RWD layout to keep costs down and only the five-speed gearbox and suspension system was new. It carried over many of the old engines, although the 1.6 engine offered an eco version and Diesel engines were sourced from Peugeot. Its key selling point was the then marketable drag coefficiency of 0.34 which also aided its fuel economy. As a lighter car than the Cortina and Granada, the engines felt more sprightly and was a welcome general improvement over the Cortina, with the range eventually expanding into a series of well-received high-performance models. Ford hoped that the unfamiliar styling wouldn’t alienate the traditionally cautious fleet buyers. Its public reception in the UK, however, was luke-warm with reported problems with stability offset with relatively high demand for the last of the Cortina’s. Once the car was established, it soon started becoming a common sight but never quite achieved the Cortina’s number one status as the UK best selling car. When the range was revamped in 1987 to include a sedan model, the range recovered somewhat, suggesting that Fords biggest error was not to include a 4 door three-box model from the start. 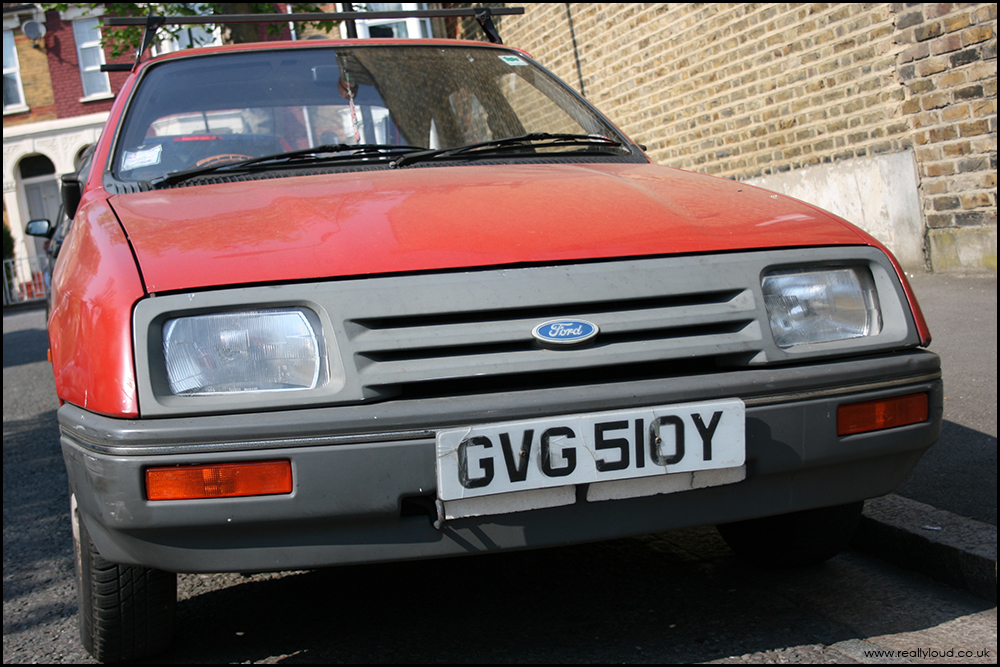 The base version with the grey grill was not a popular option, with some dealers either offering to replace or repaint them to body colours. 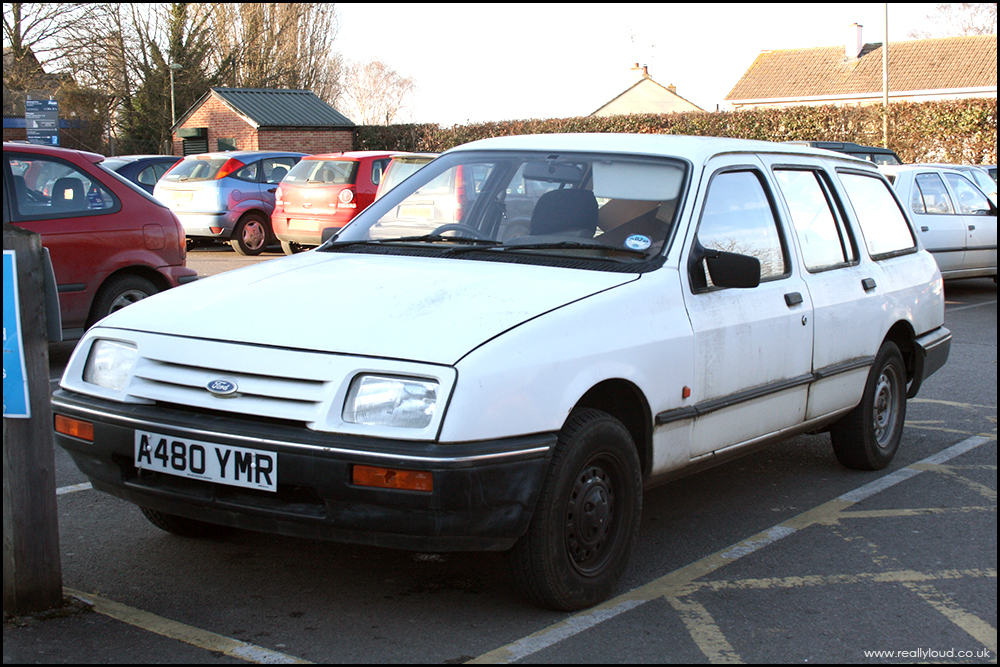 Painted grill versions were the most popular versions, usually fitted with the smaller engines. Estate options were well received, as it disguised the controversial Jellymold shape. All specs and engines were available. 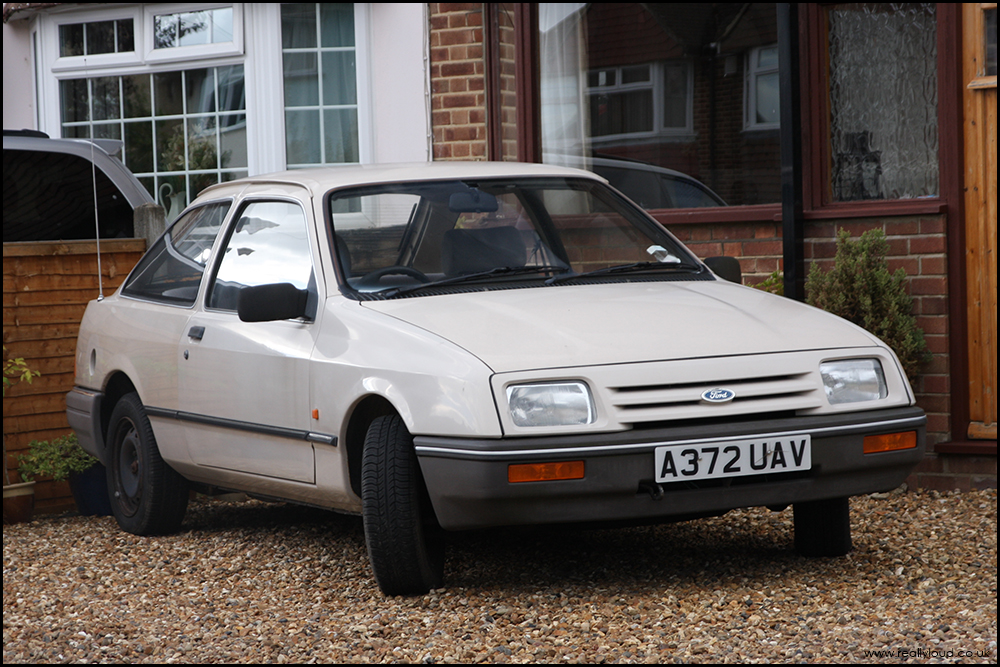 The 3 door model was also included in the British line-up, it performed better in German where 2 and 3 door versions of Fords traditionally sold well. 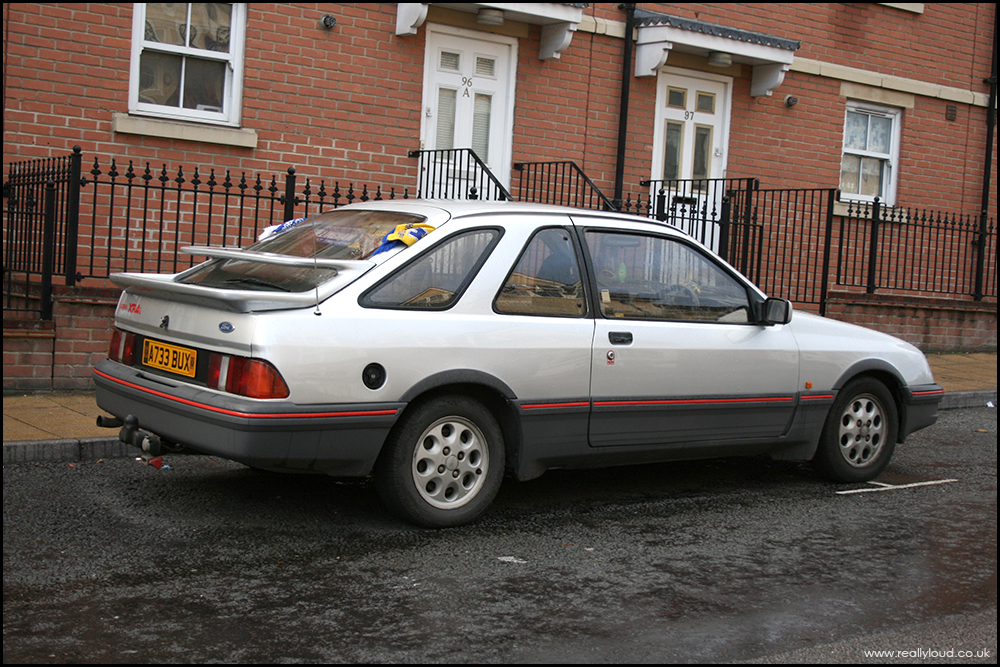 The XR4i was the first sporting variant of the Sierra, the body shell differed to the standard 3 door car by including an extra pillar. 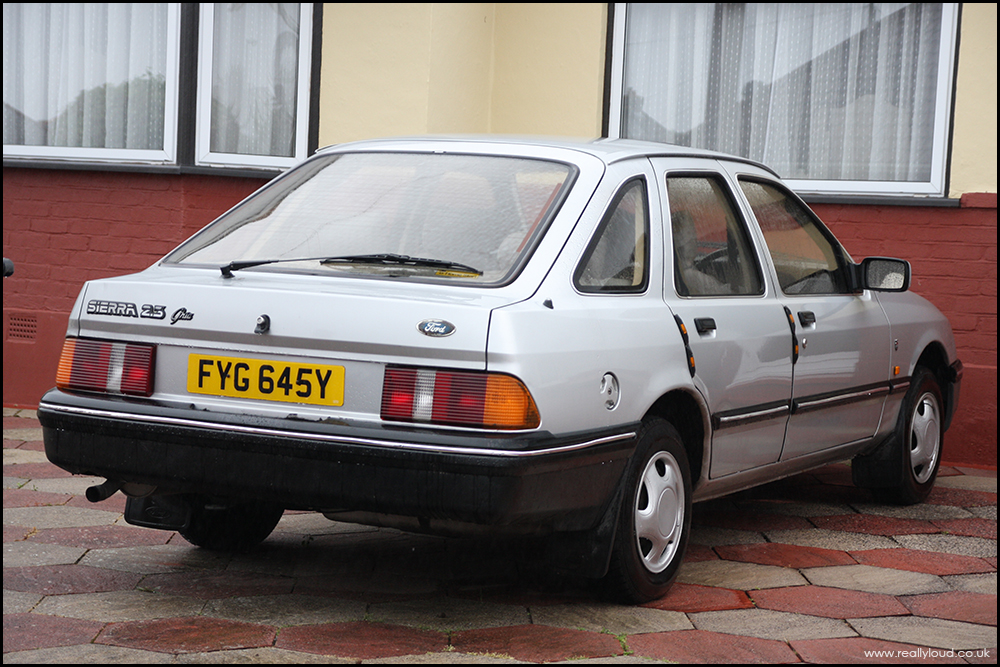 Ghia versions were well-appointed, this version powered by the 2.3 litre V6. 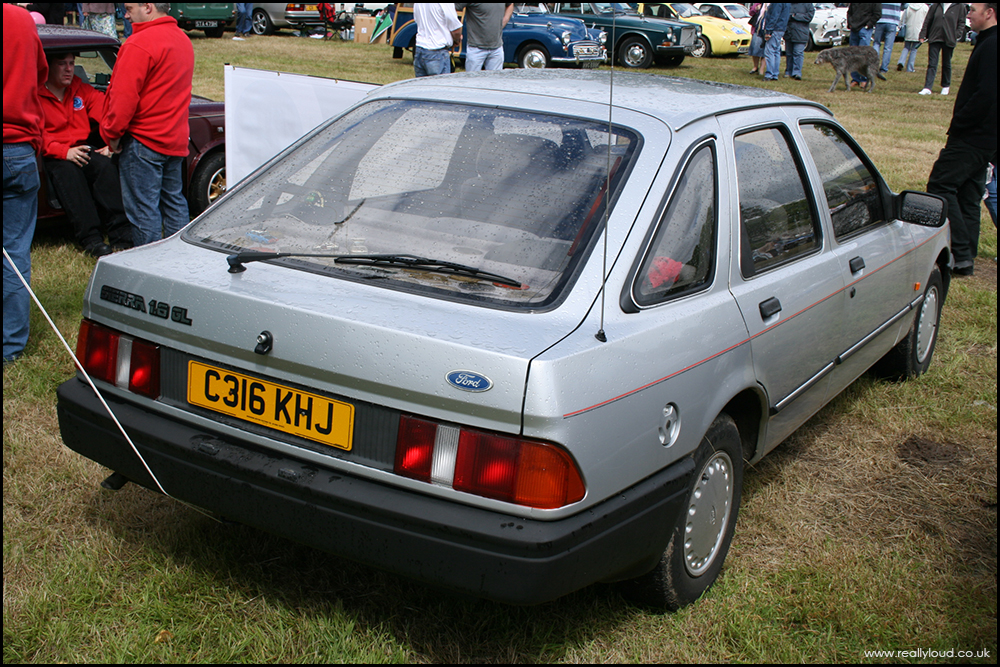 Several bolt-on goodies and trims were deployed to keep the Sierra competitive in the company car sector, early sales were disappointing after the initial interest. 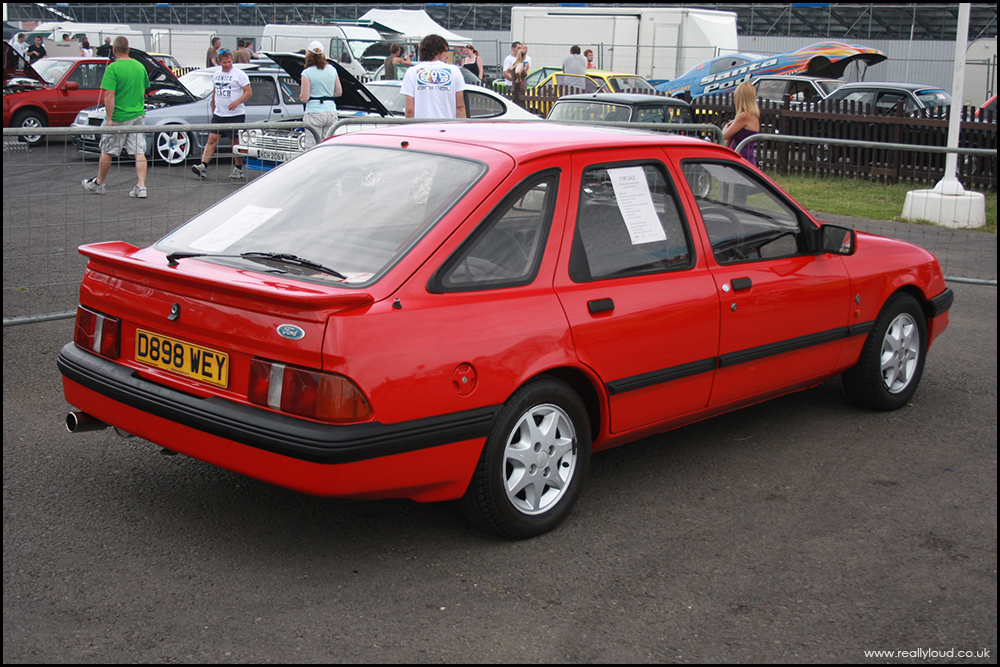 The XR4i was phased out and replaced by the better received permanent 4 wheel drive XR4x4i versions in 1985. 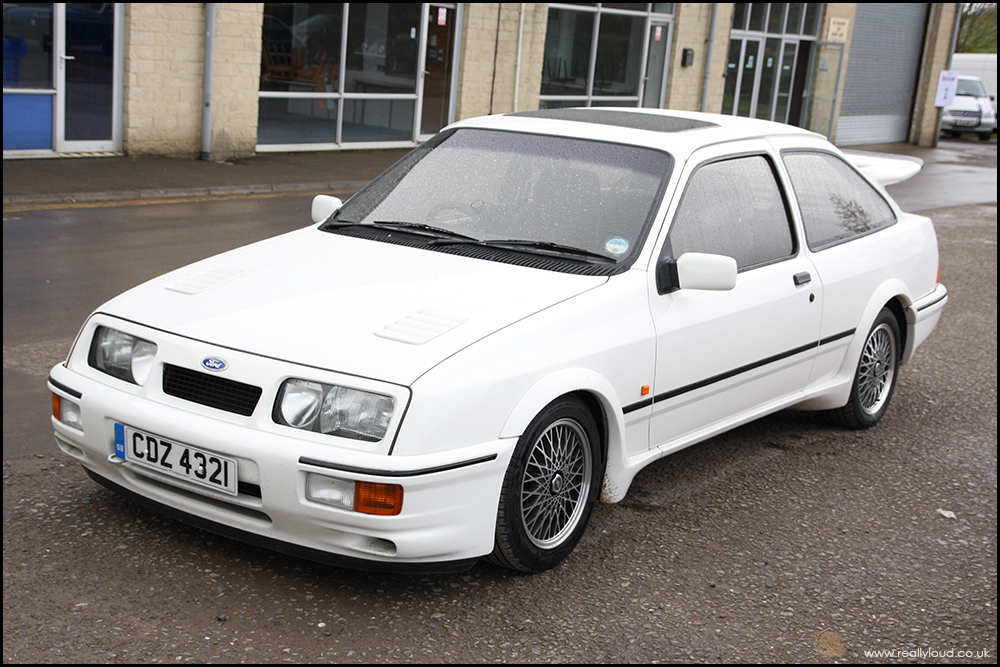 Ford didn’t give up on the three-door Sierra though, teaming up with Cosworth in 1986 to release the 150mph RS Cosworth. Several other versions were released and sealed it as a modern classic. 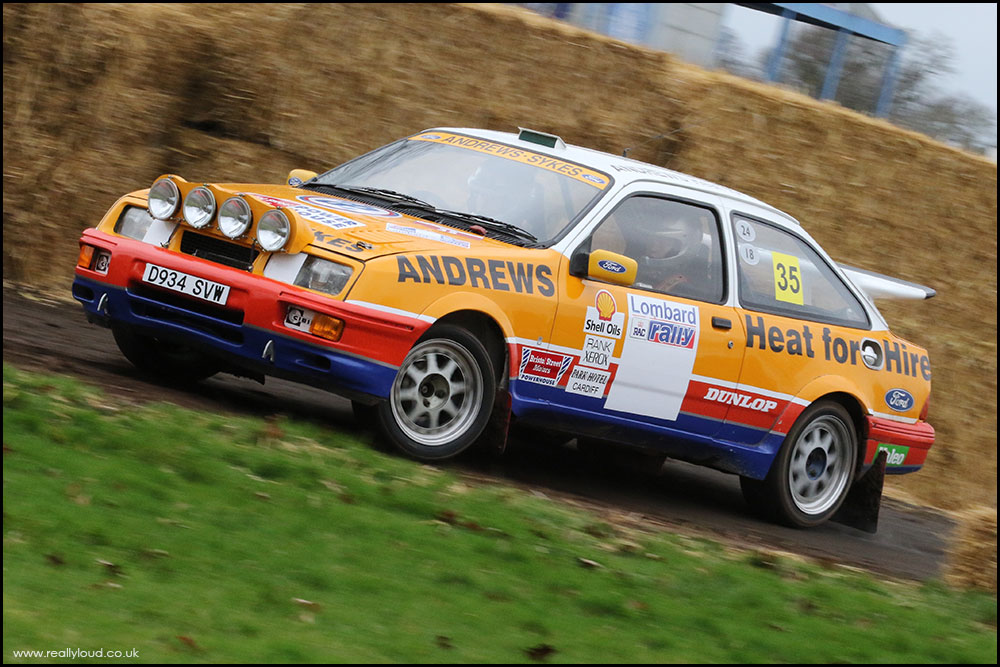 The installation of the Cosworth engine in the Sierra gave it some legitimate credibility and reintroduced the brand back into motorsports with considerable success.