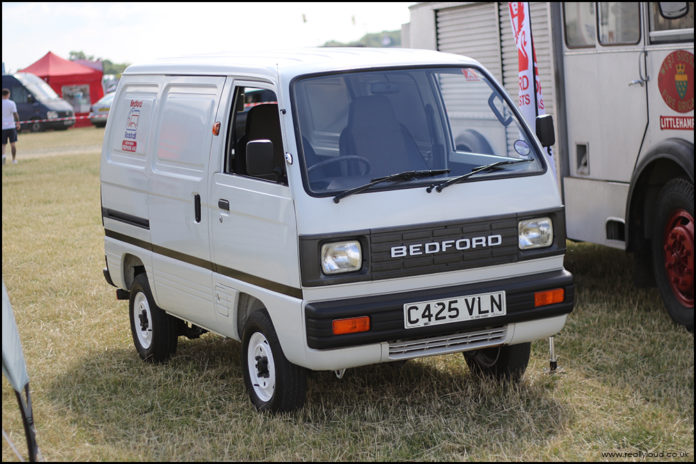 Bedford/Vauxhall Rascal. Although introduced into the UK in 1986, the original design arrived in the UK as the Suzuki Super Carry in 1979. GM saw potential in the van and under licence, announced that it was to be produced at the Isuzu Bedford Company (IBC) factory in Luton as a subsidiary of Vauxhall. The Rascal was the second vehicle to be manufactured at the plant, the first being the Isuzu based Bedford Midi. Always sold with the Suzuki F10A 1-litre engine, it soon found a niche in the market, with several private companies using the base to build campervan conversions. It wasn’t the cheapest light commercial on the market, but it’s British build and badge may have given it an advantage. As expected they made useful town delivery vehicles, with good running costs and a loyal following but perhaps not one for the claustrophobe. The last ones left the Luton plant in 1993, although the model remained in production in Japan until 1999. 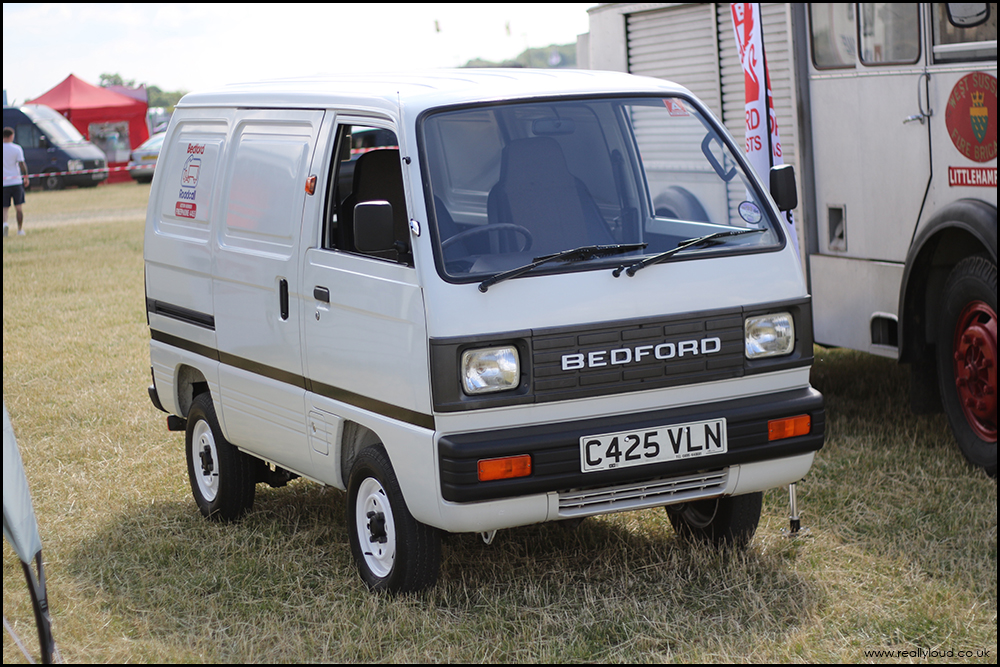 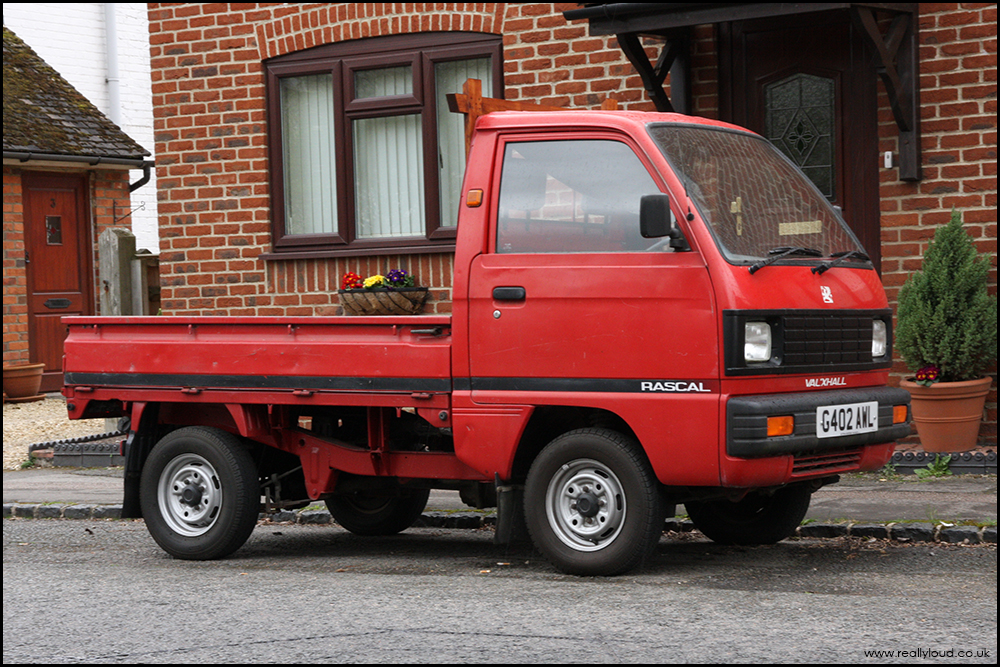 Original Pick-up in one of the three standard colours. Post-1989 vehicles were badged Vauxhalls. 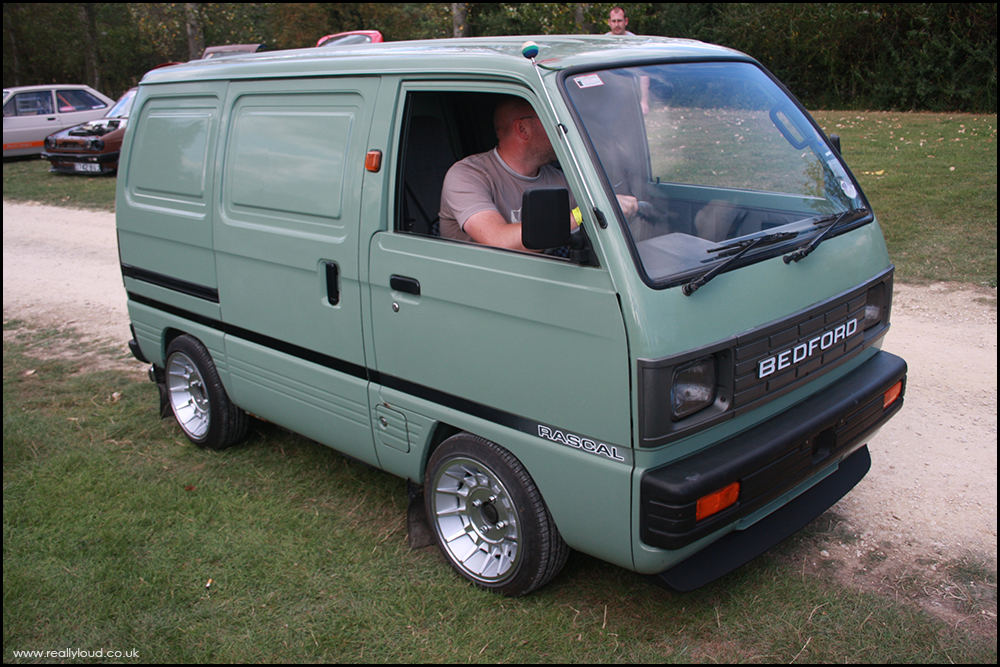 There’s a loyal following for the Rascal, with some owners tapping into the Japanese heritage to modify them. 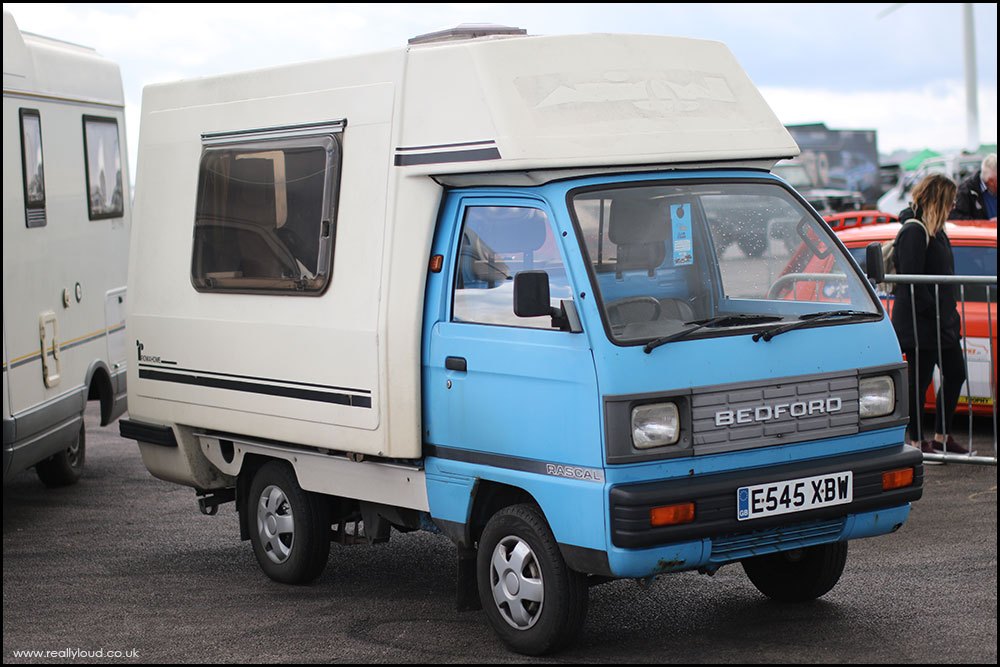 Based on the pick-up, the Romahome had the useful ability to be removed – ideal if you wished to upgrade to a newer Rascal. 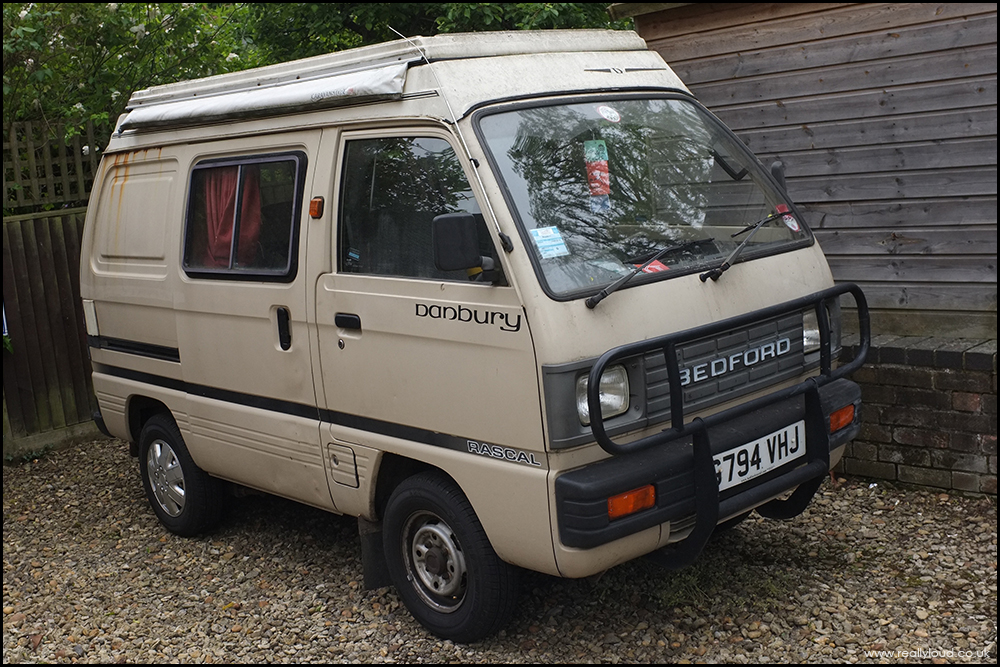 The Danbury used the original van. A clever piece of packaging with an elevating roof proved to be a popular conversion. 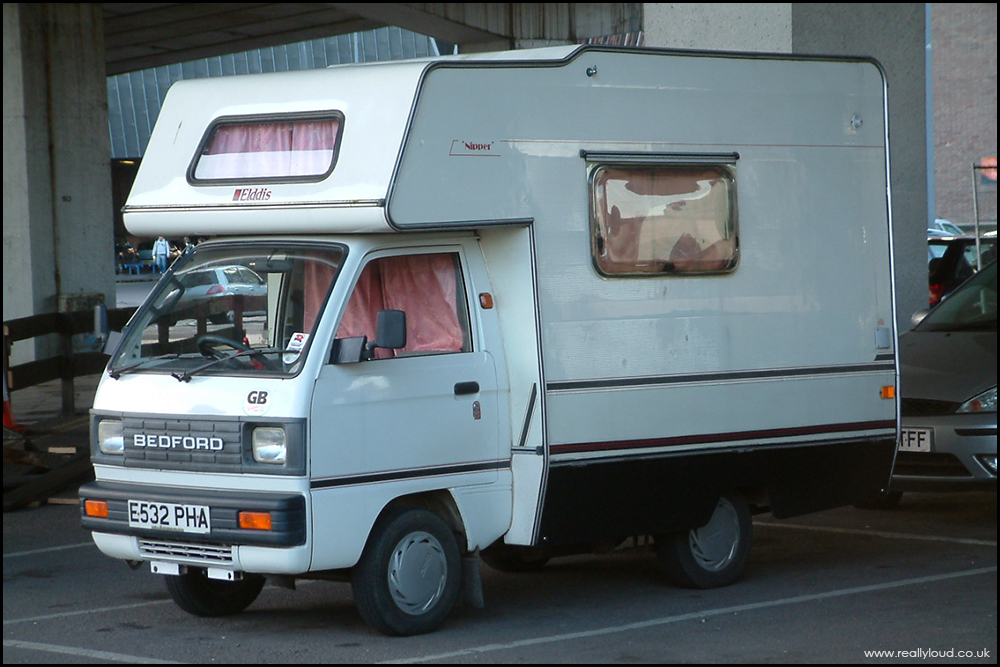 Elddis converted camper is a 2/3 birth and probably the biggest of the conversions. 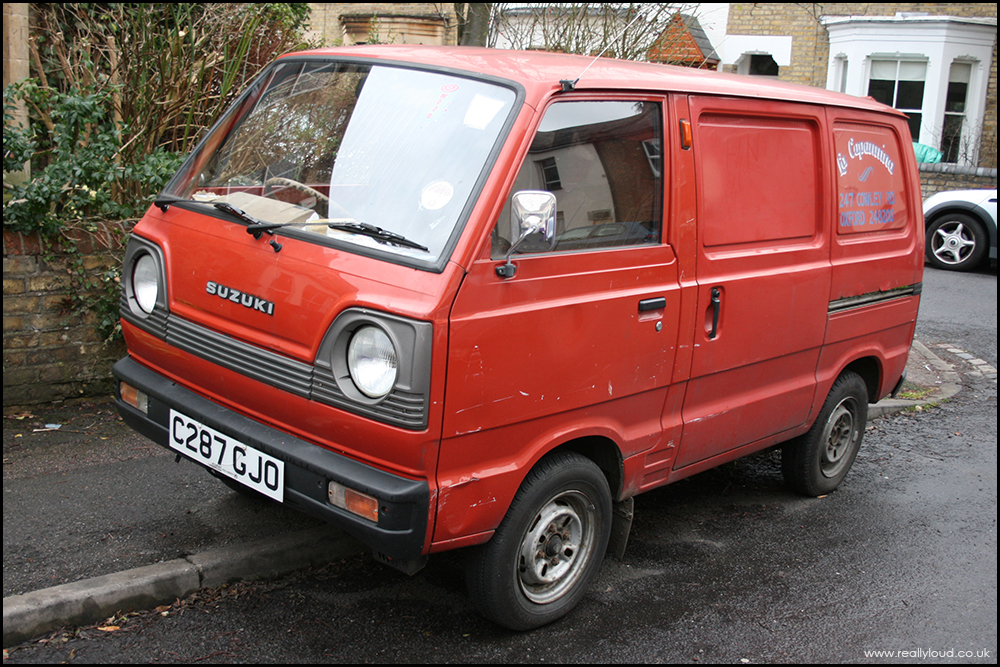 Suzuki stopped importing their Supercarry as the Rascal took over. 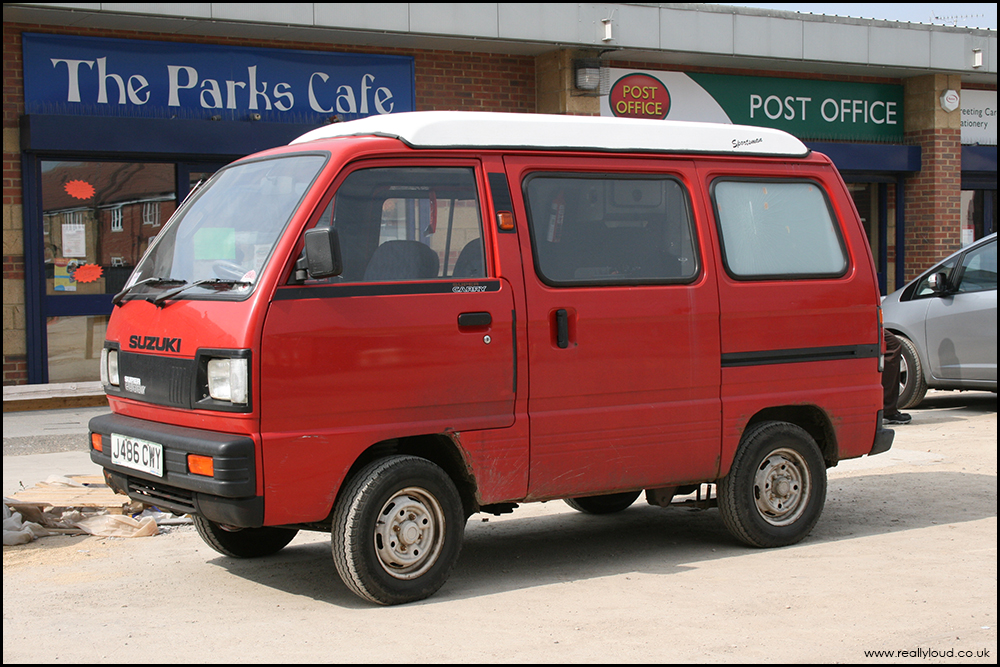 But a few Suzuki’s did make it into the UK during the Rascals tenure, this is an early 90’s version.