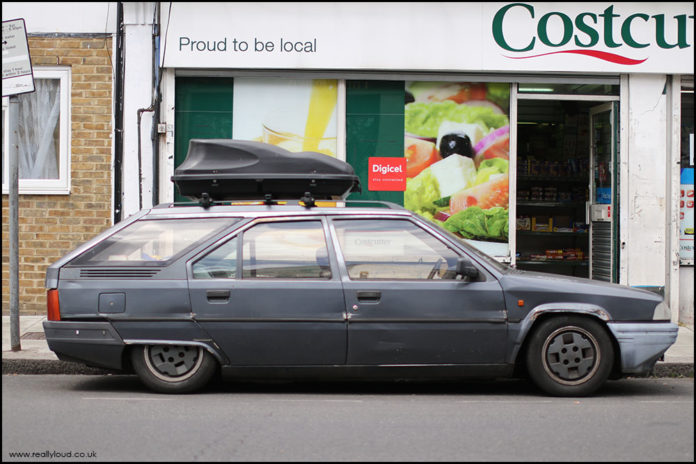 There has always been a healthy market for Citroen estates, and its a general the rule that the estate models tend to live on longer than their hatchback siblings, more so if diesel-powered. The BX19 TRS used the petrol 1905cc engine, which makes this one an exception. It was fairly high up in the range, just one below the 125bhp TRI, but the 105bhp would mean better fuel consumption and cheaper insurance. They were quite noisy units and actually had no advantage over the diesel in that respect. Yet, it’s ride, handling and comfort were first class. Whether these are still factors for the owner of this superbly grotty version is probably irrelevant, but I suspect they’re handy with a spanner and probably knows this car inside out. 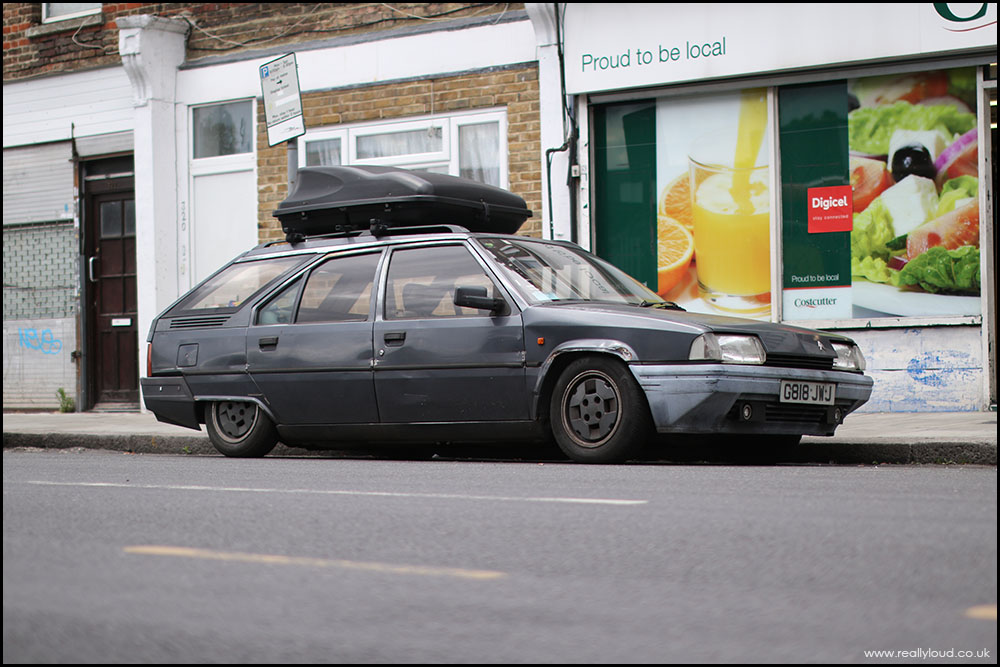 Languishing in a West London street, this wonderfully battered but still functional BX estate is still a useful commodity for its owner.

DIY cup holders and additional seat cushions are often seen on cars of this calibre. 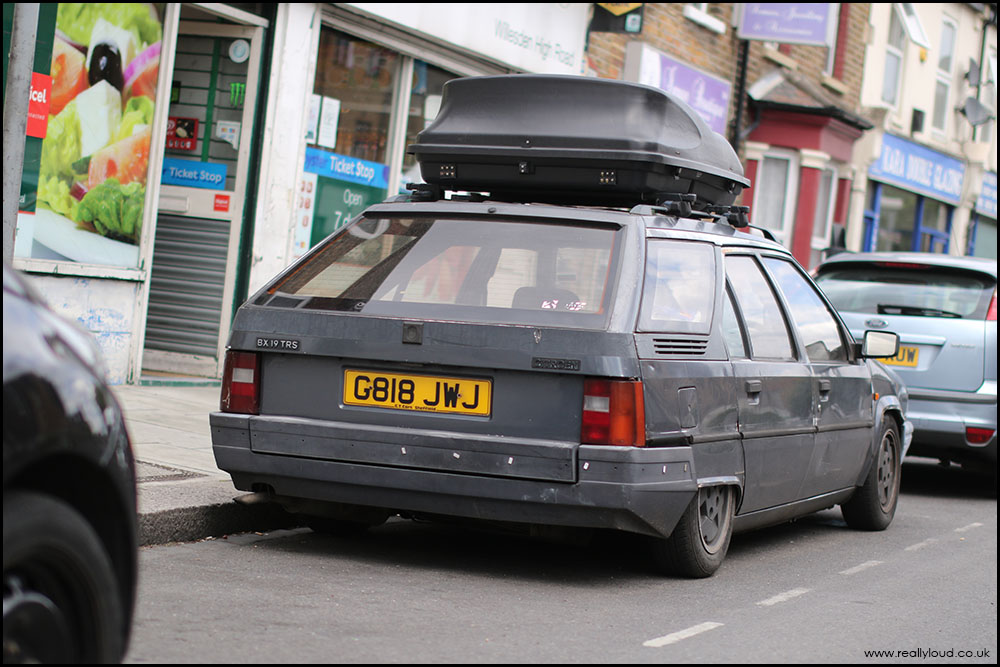 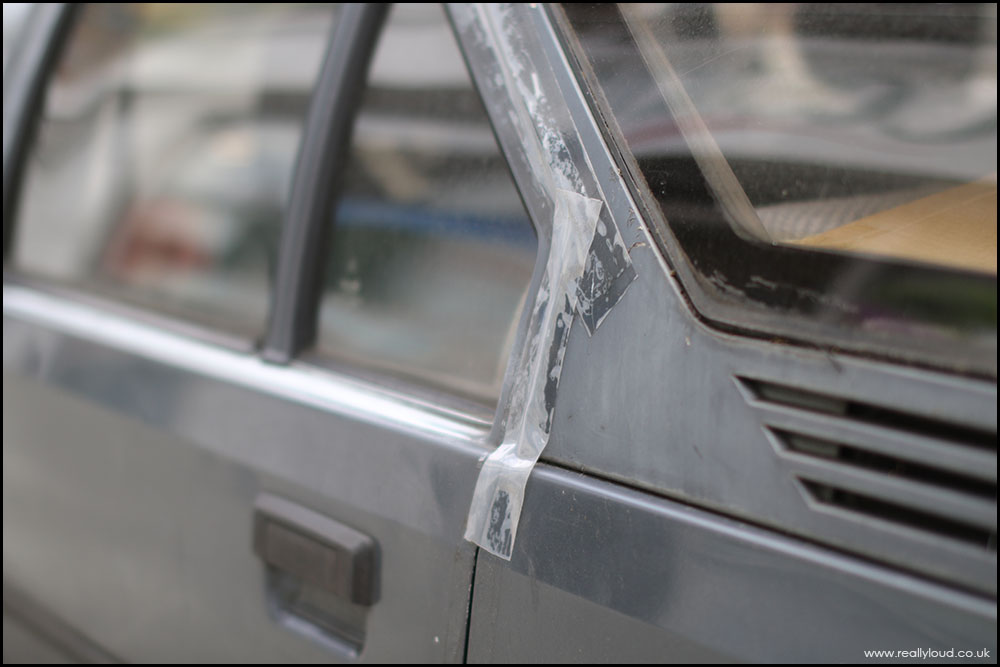 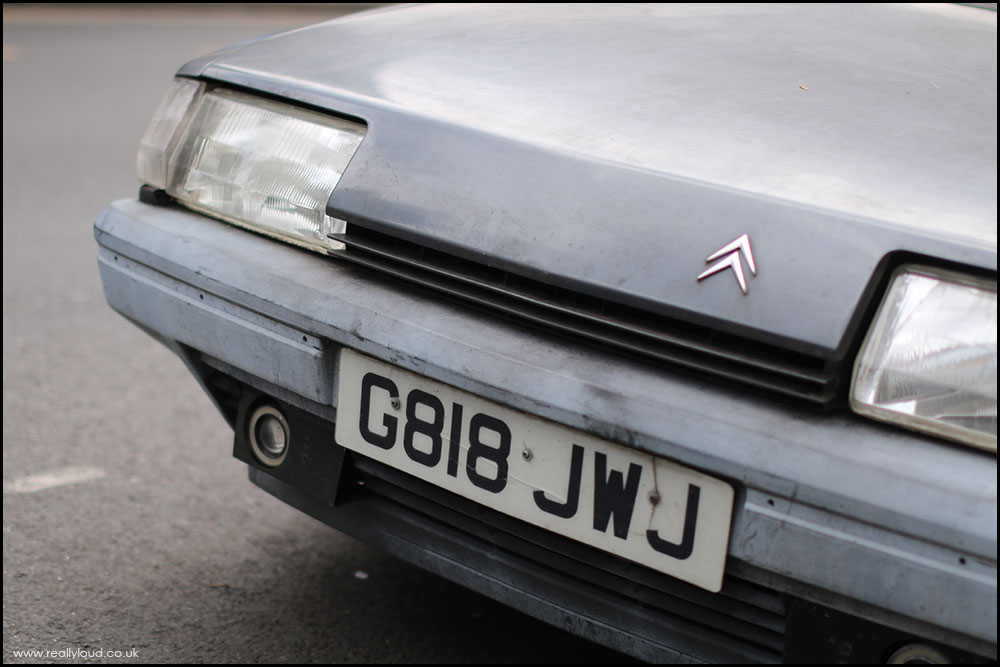 Originally registered in Sheffield on the 1st of August 1989, it’s mostly likely to be the only survivor of the cars that left the dealer on that day.