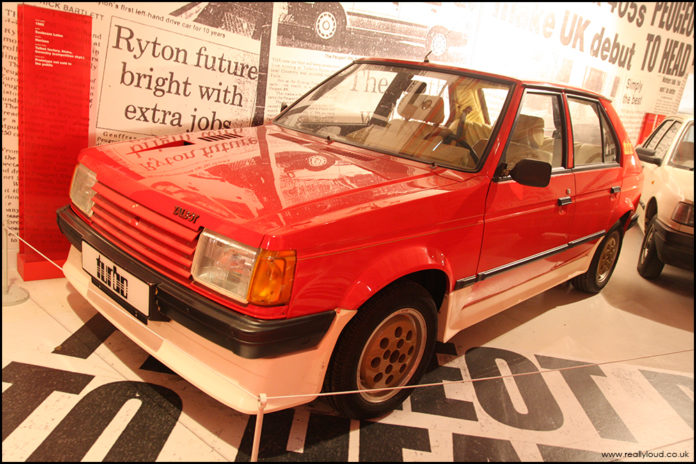 A one-off concept borrowing some elements from the cancelled Group B rally prototype, although this proposal was a far more conventional design intended for road use, adorned with a white leather interior and some period styling bolt-ons. Despite a wealth of available PSA engines, it seemed like the intent was to use a turbocharger mounted on a Poissy 1294cc unit from the Simca/Rootes days, rather than the more modern Peugeot alternatives. The writing was on the wall for the Talbot brand and this last flex of British muscle may have simply been an exercise for the Stoke Competition Department team as a bit of fun. The car was donated to the Coventry Transport Museum not long after it was built in 1983 suggesting it was never seriously considered for production. 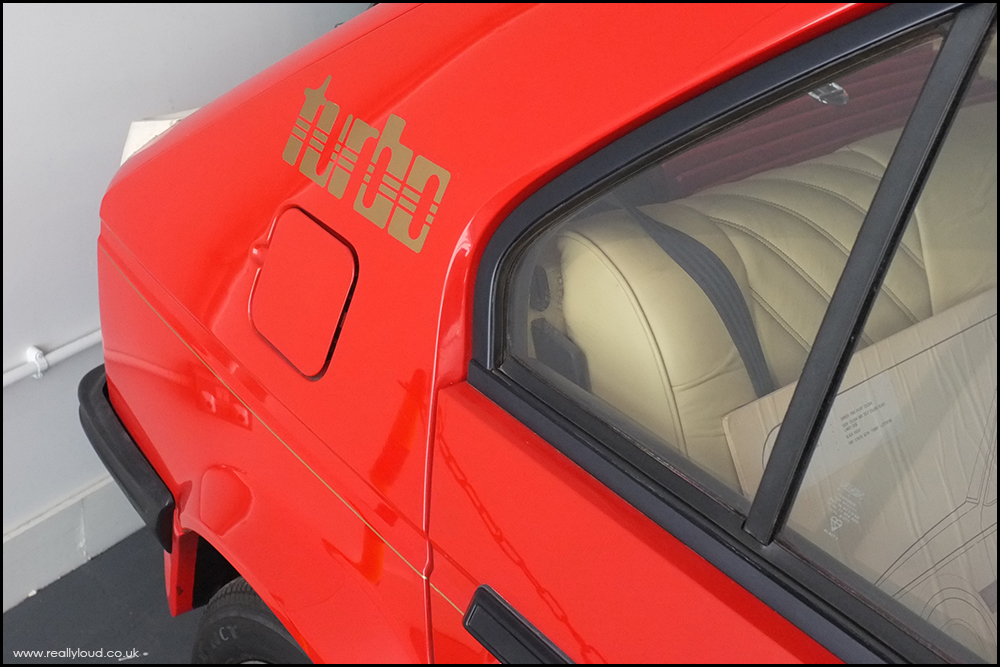 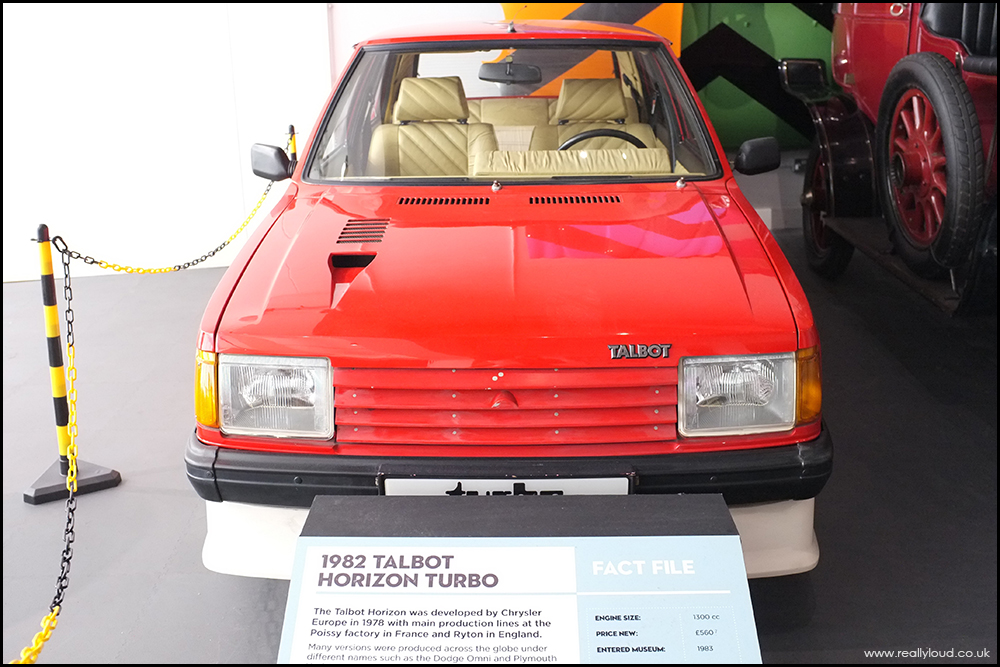 Colour coded grille and bonnet air intake identify the presence of the car in your rearview mirror. 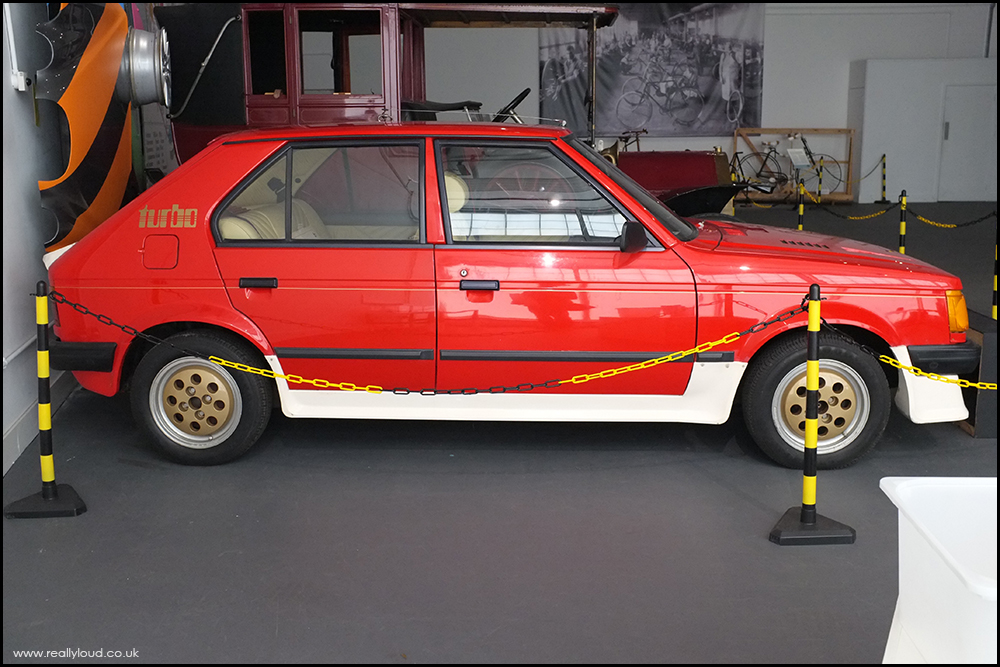 White body kit may have left unpainted, its likely that they would have been body coloured for production. 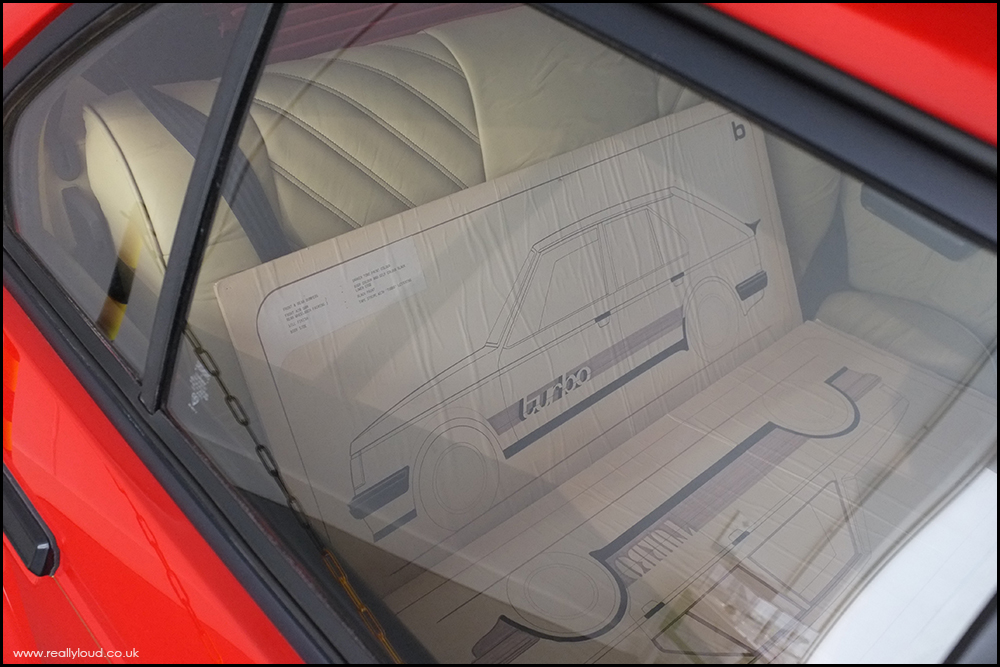 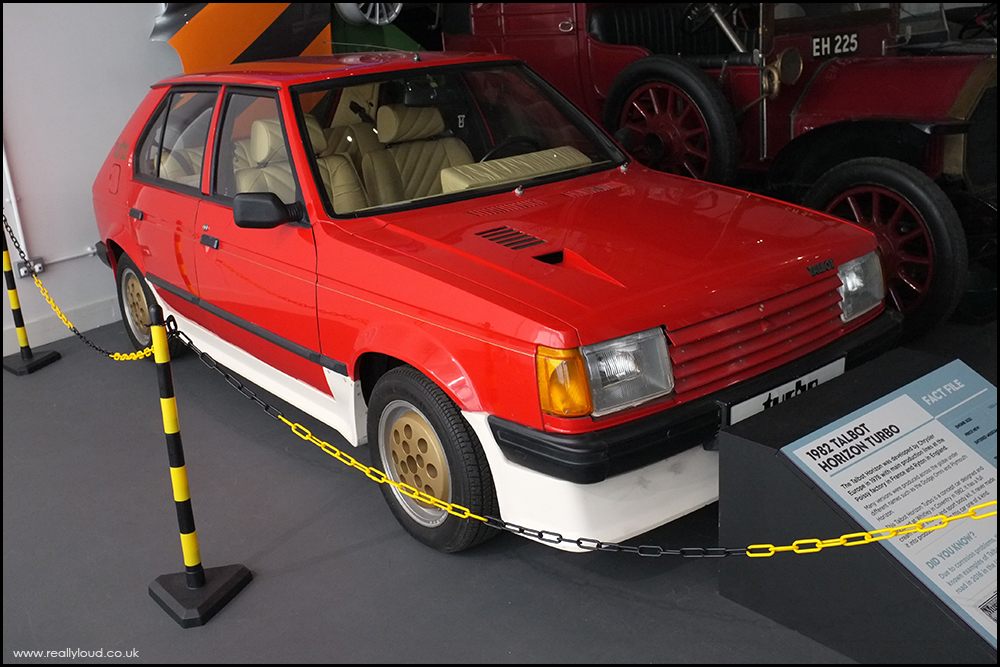 Gold wheels appear to be 13″ items and the car appears to have slightly lowered suspension. 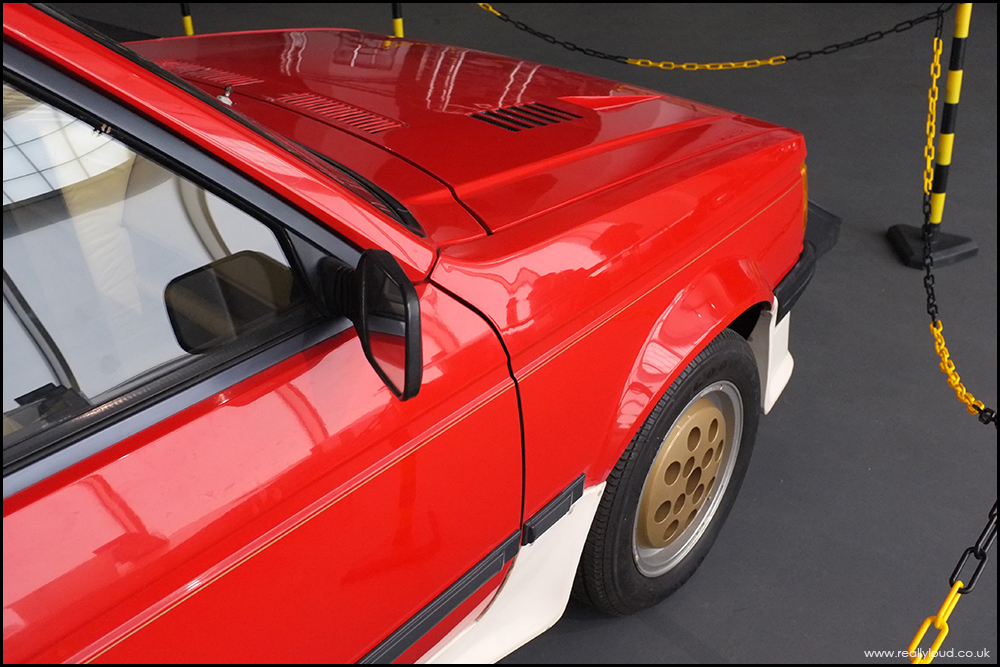 Probably the most resolved area of the car, the bonnet step, arches and black trim look ready for production.