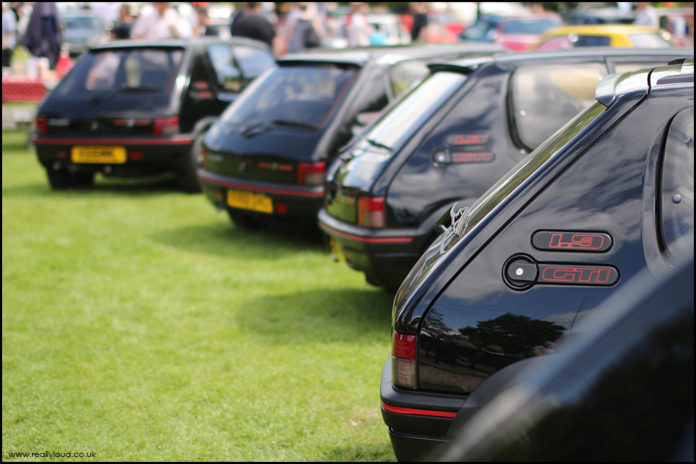 1993 Peugeot 205 1.9 GTI 1FM. This little known version of the Peugeot 205 GTI was a UK only edition celebrating 25 years of BBC Radio 1 in 1992. To connect the car with its musical theme, top of the range Clarion sound systems were professionally installed to each car. Just 25 examples were produced, identifiable by decals and special mats, black leather seats, air conditioning, specially prepared Speedlines and a smooth rear tailgate to distinguish the car from standard models. The intention was to sell the cars as a prize to raise money for the Nordoff-Robbins Music Therapy Centre, but the cars were priced around 5K higher than the standard GTI and as result, many were retained in showrooms for at least 6 months. These were captured at the 2019 Peugeot festival at Shelsey Walsh. 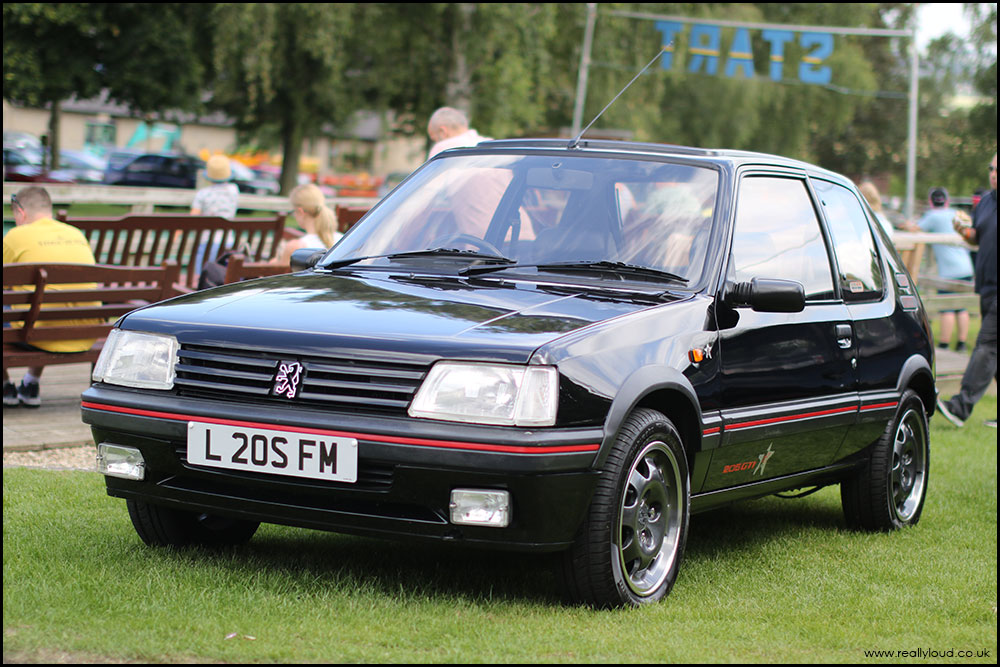 The zesty 205 GTI was coming to the end of its production life when the 1FM was launched. 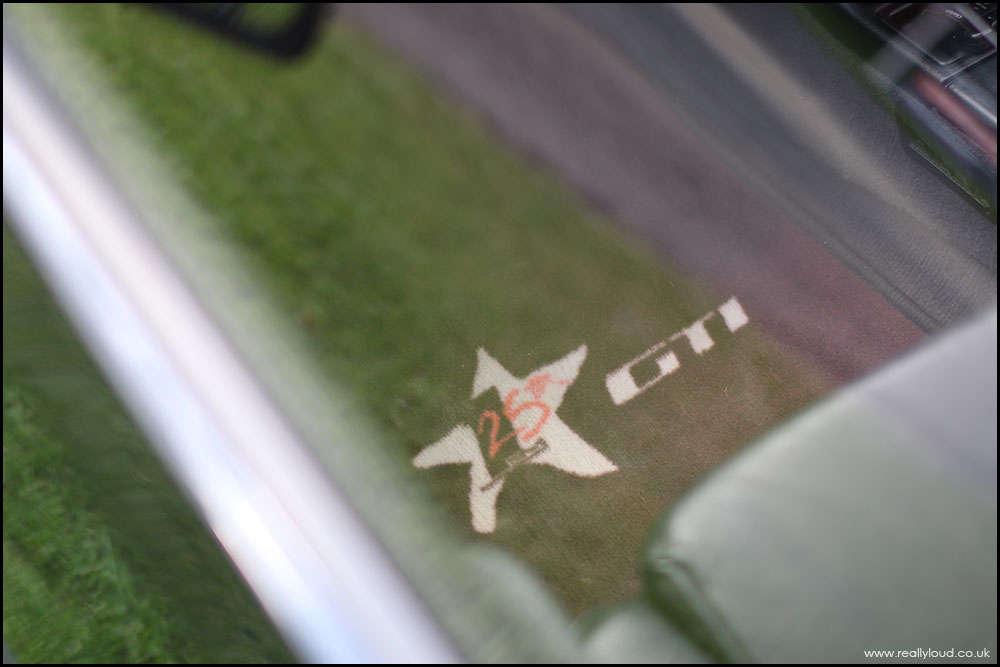 The logo was used liberally around the car, appearing seven times inside and out. 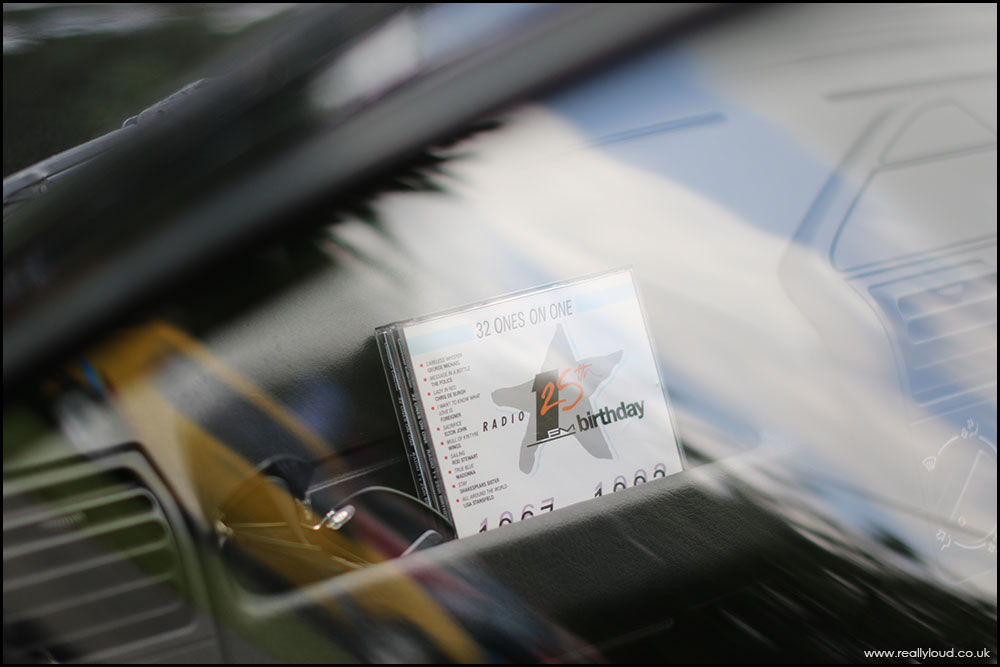 The CD came with the car and was also available on general release, it featured 32 number one records. 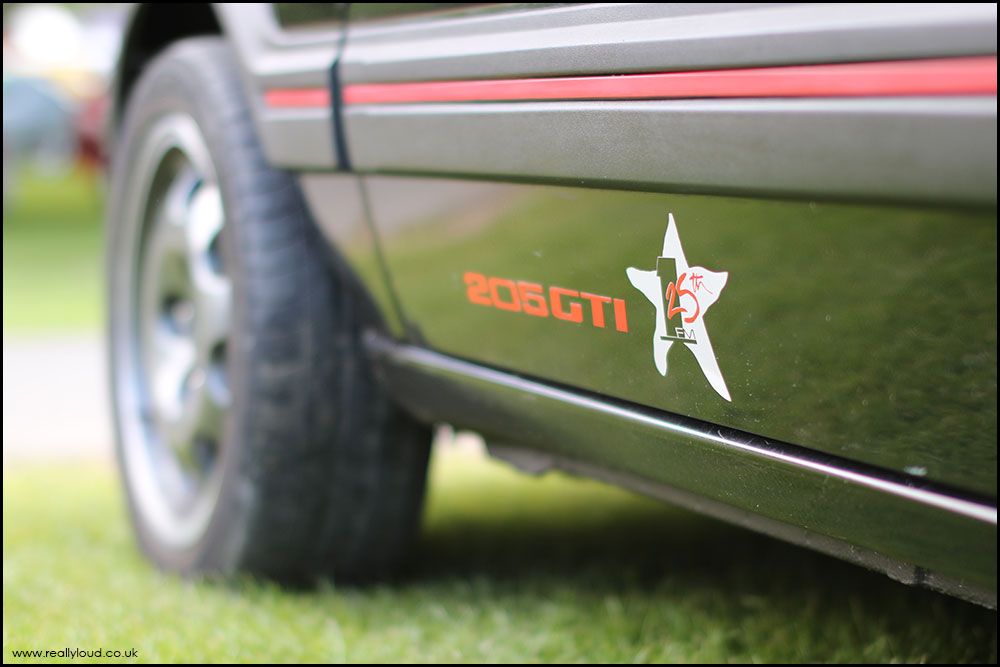 First cars were available in October 1992, most appearing as K reg examples, although slow sales resulted in several L reg examples being registered.