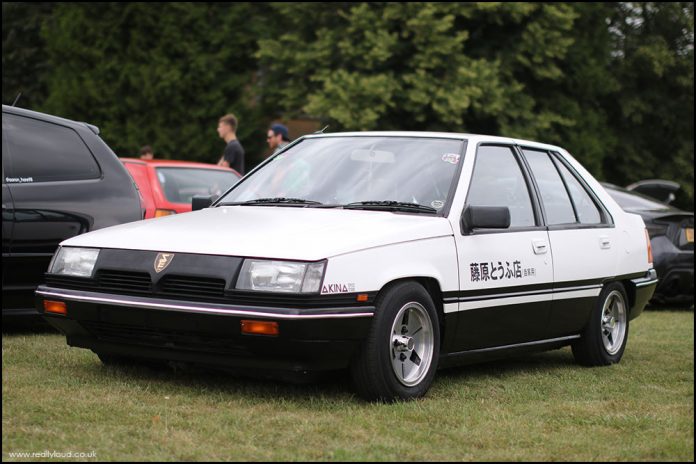 Proton. Interesting mixed parentage often infuses the best of all worlds and this Proton with Initial D AE86 crossover is so utterly unique and well presented, it’s worth a little investigation. The base model is a UK spec Proton 1500, which was originally derived from the Mitsubishi Lancer. The hatchback model was known as the Proton Saga Aerodeck (the Saga model name was dropped here due to the associations with an over 50’s product) the treatment includes Advan YH5 alloys, JDM Akina speed stars stickers, the original AE86 Initial D registration number and authentic ‘Fujiwara tofu store (private use)’ door script as originally used on the AE86 Tofu delivery vehicle. Attention to detail is everything with tongue-in-cheek cars like this! This made a few appearances at several shows in the UK in 2019. 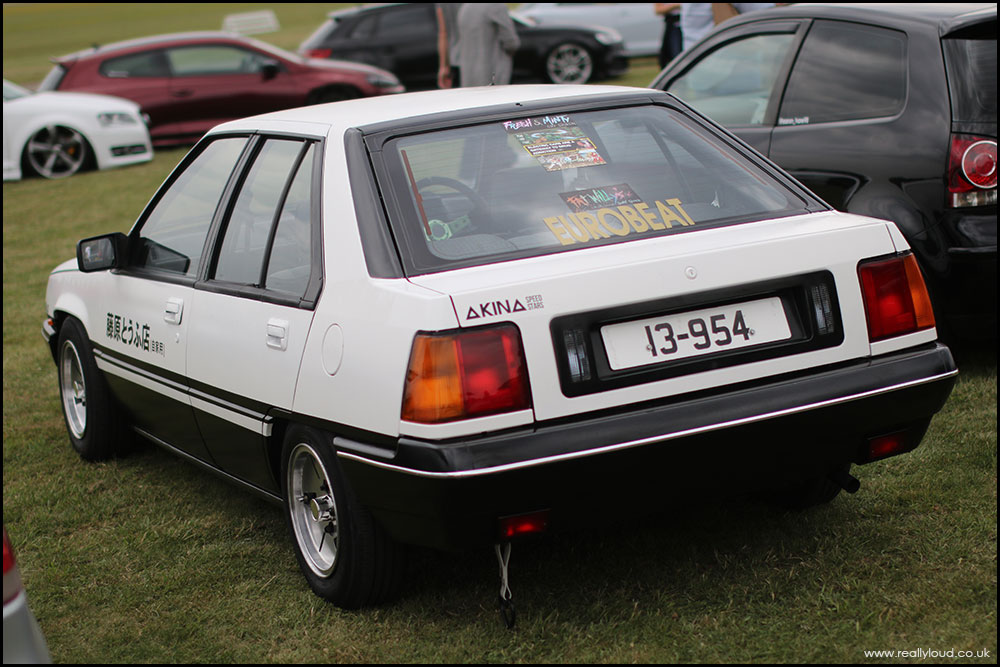 The paint scheme suits the ’80s lines of the Proton well, enhancing the chiselled styling. 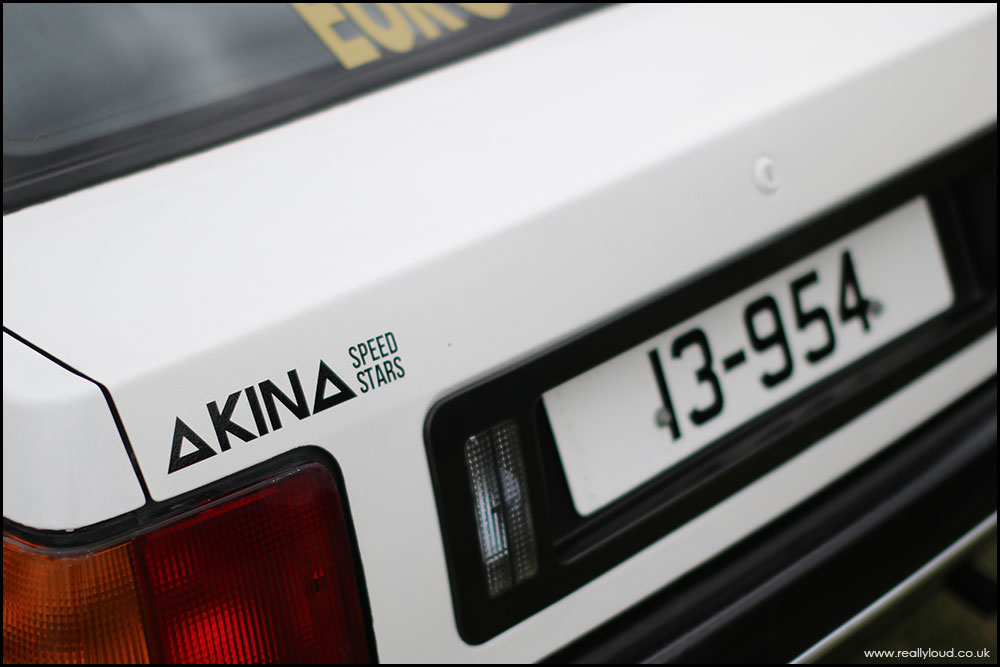 Akina Speed Stars is another reference to Initial-D, referring to the characters who use their spare time to race their cars. 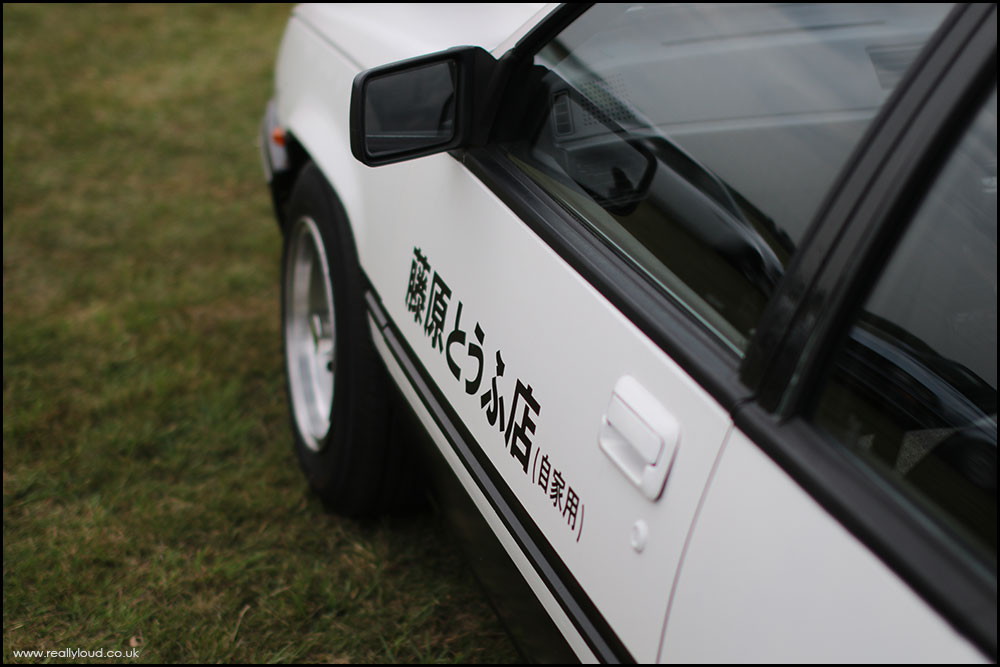 The two-tone theme is so identifiably Japanese and actually isn’t as misplaced on the Proton as the car started life as a Mitsubishi design.