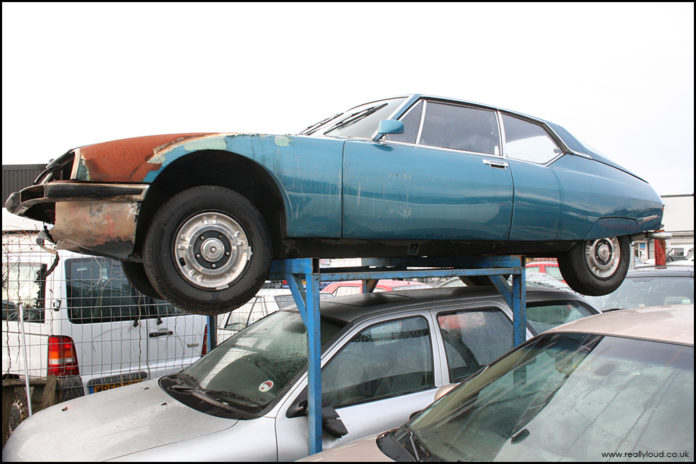 Taken back in 2010, this unfortunate example of the Maserati powered Citroen SM was likely to have been a victim of an engine fire and placed in this yard, perhaps awaiting a decision on its fate. All were LHD with a handful being converted to RHD with this UK LHD version being a 2.6-litre model. Clearly too valuable to leave to rot or be damaged in the yard given its decent pre-accident condition, we can assume it could have been sold on as a restoration project or spares. A once in a lifetime opportunity to see an SM in such an unlikely environment. 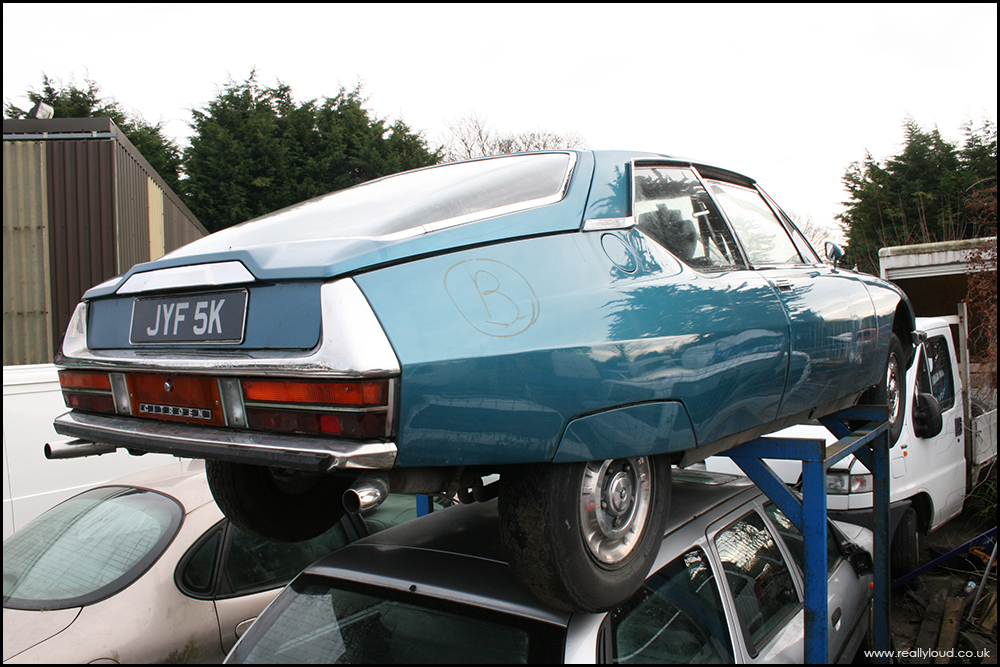 Even in a salvage yard, the SM was treated with respect. 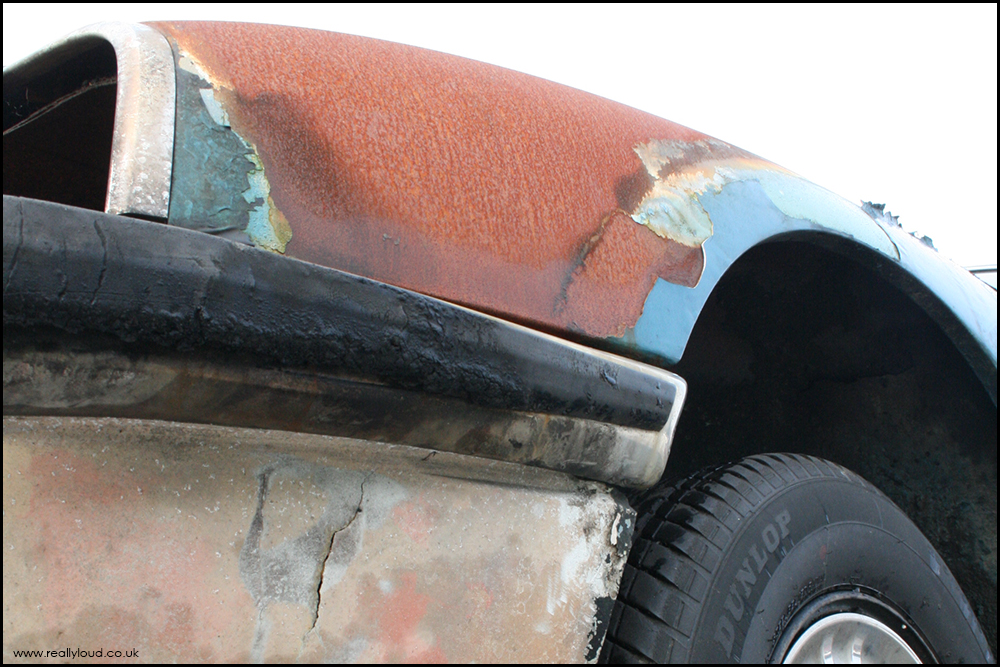 Obvious evidence that an engine fire was responsible for its premature end. 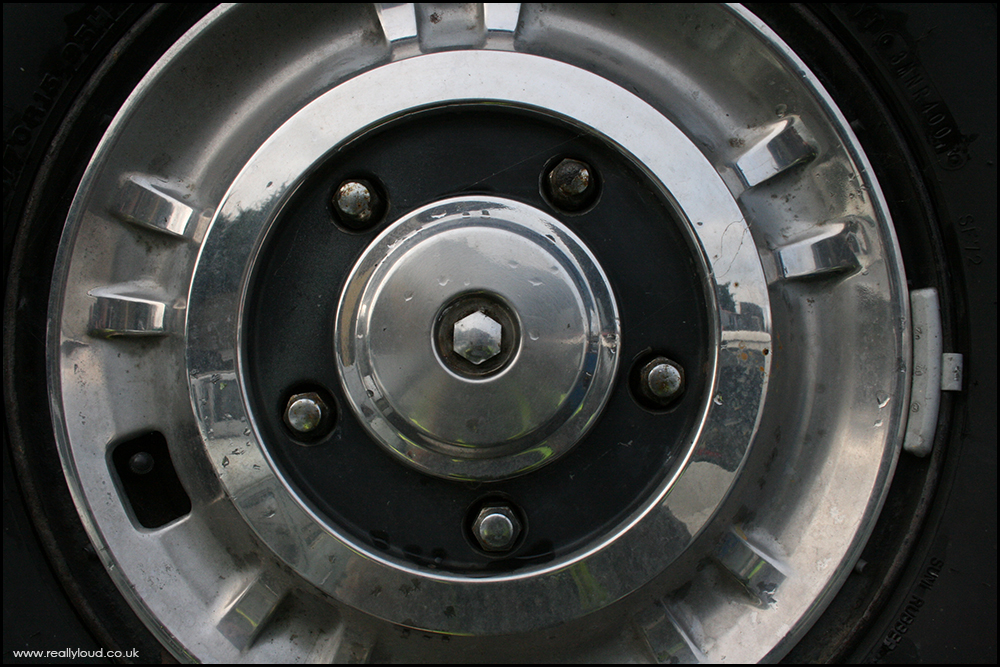 The car was 100% intact and placed away from potential souvenir hunters. 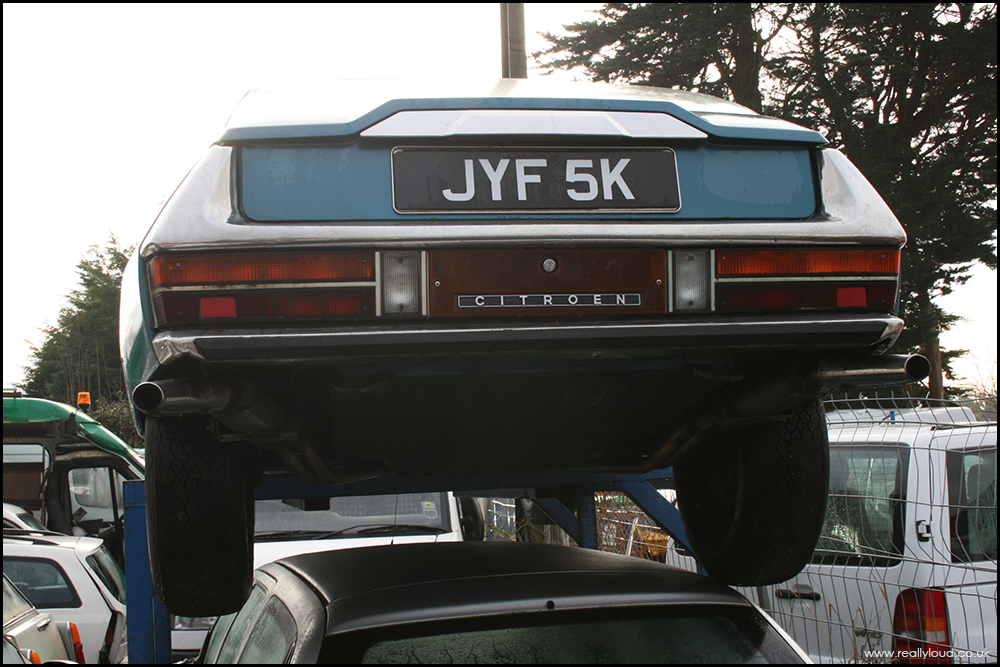 Likely to be an original UK car, all UK imported cars were LHD. 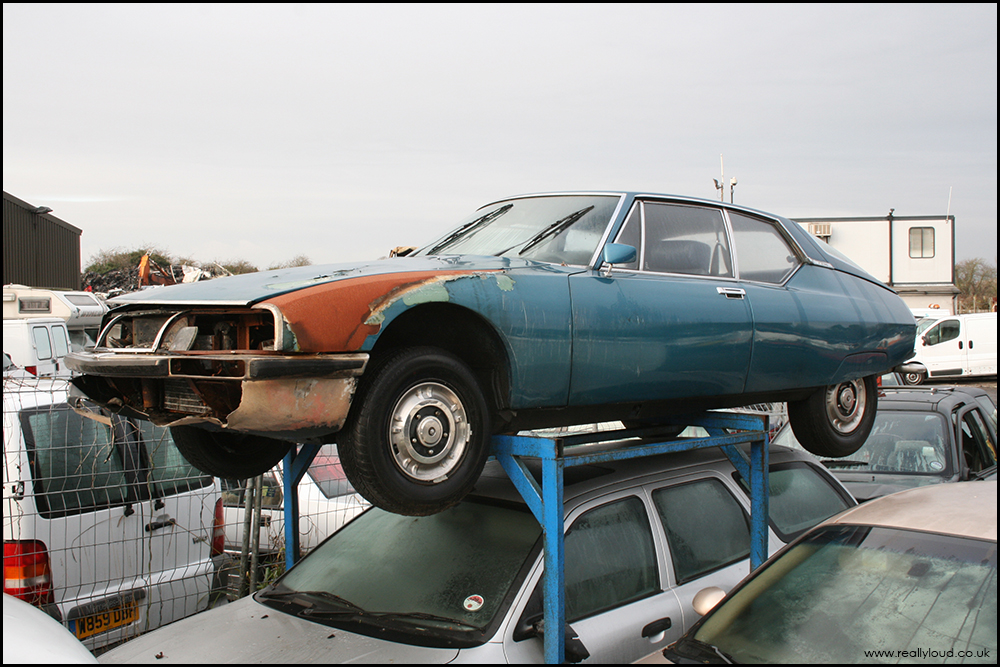 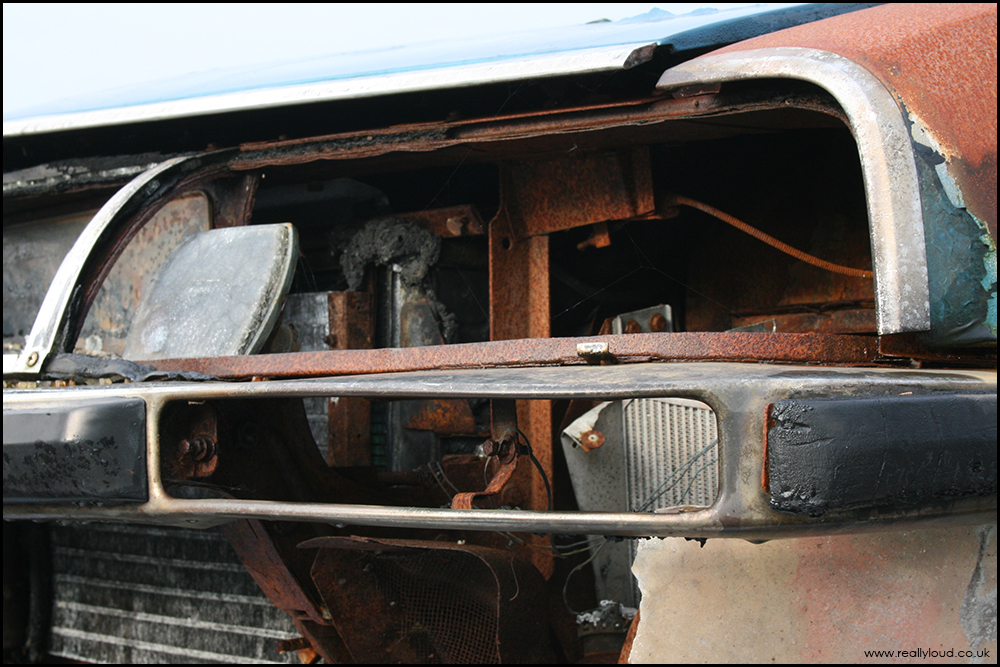 A sneak peek into the engine looks terminal. 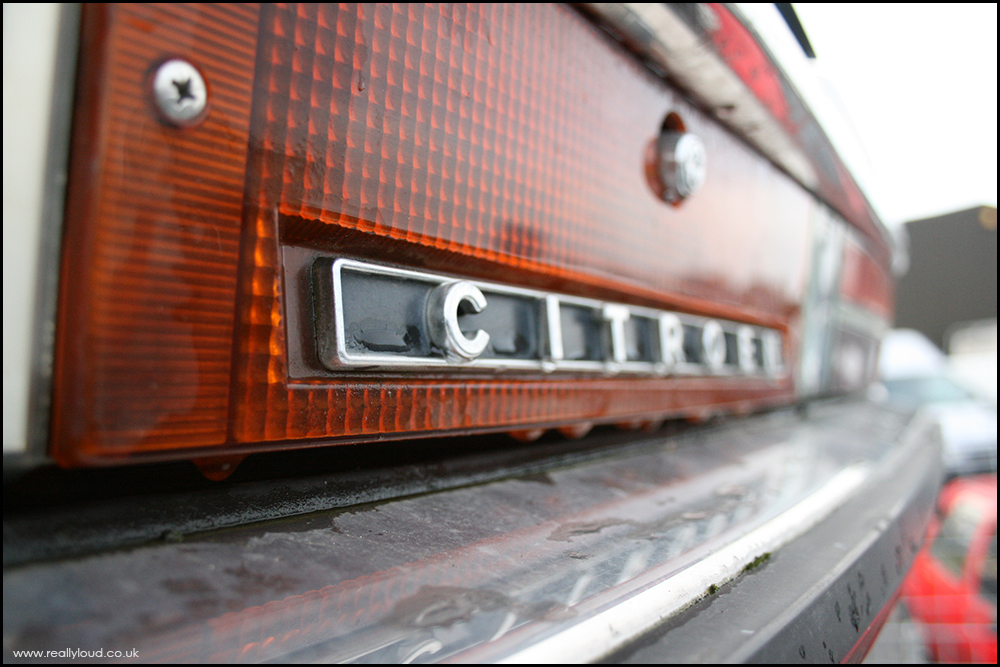 The car was a collaboration between Maserati and Citroen,  it was killed off following the PSA merger. 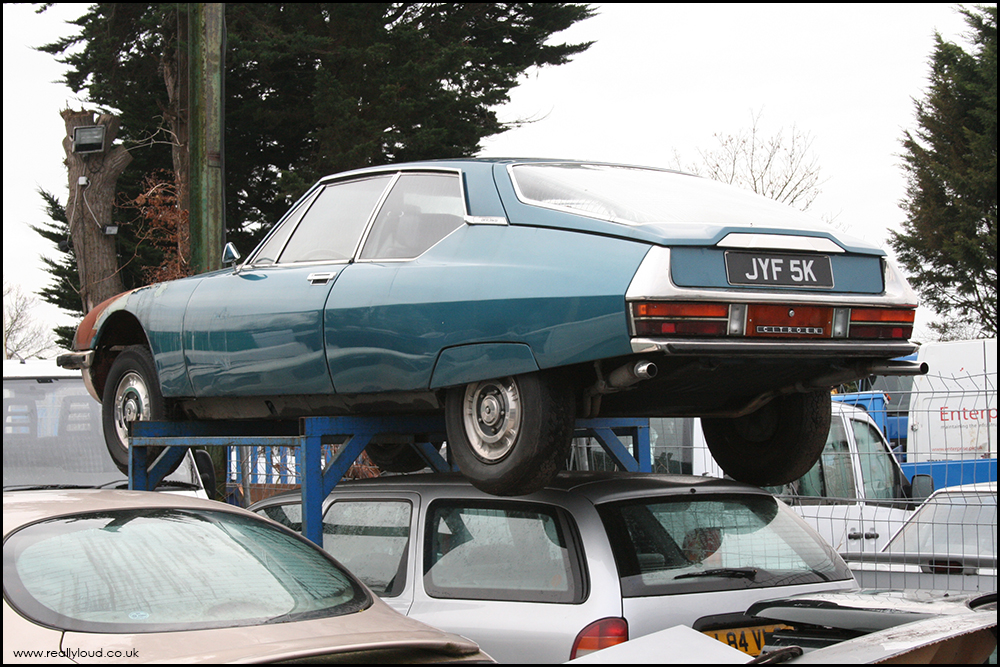 The car had only been in a for few days when captured in 2009.