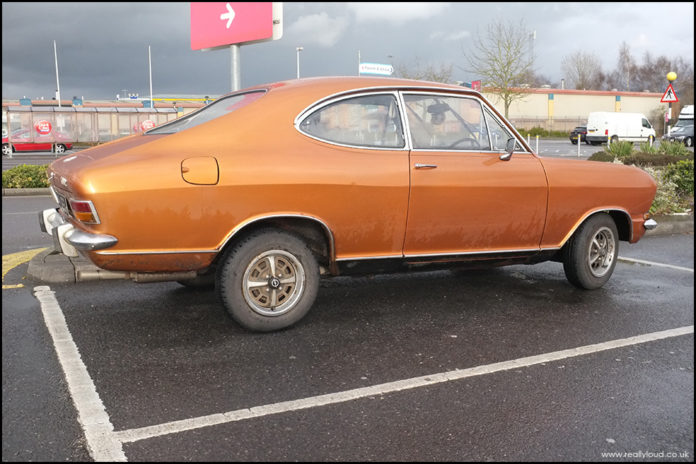 The Opel Kadett was a good example of economic logic during a time when the cost of car ownership had significantly increased. Originally launched in 1965, the Kadett had always been an expensive proposition in the UK but during the fuel crisis, many owners traded down from their faster and more powerful cars, in lieu of quality and economy without sacrificing style. Always sold with smaller engines in the UK, the driving experience, particularly the handling, as well as slick gearboxes and brakes would complement the lively engine. The Kadett had been a strong seller in the UK, helped by its diverse body ranges and Germanic image of solidity. This was captured fairly recently, a genuine surprise to see such a car being used as a daily by a female driver. There has to be a story in this, so hopefully, I’ll have the good fortune to spot it again and find out more. 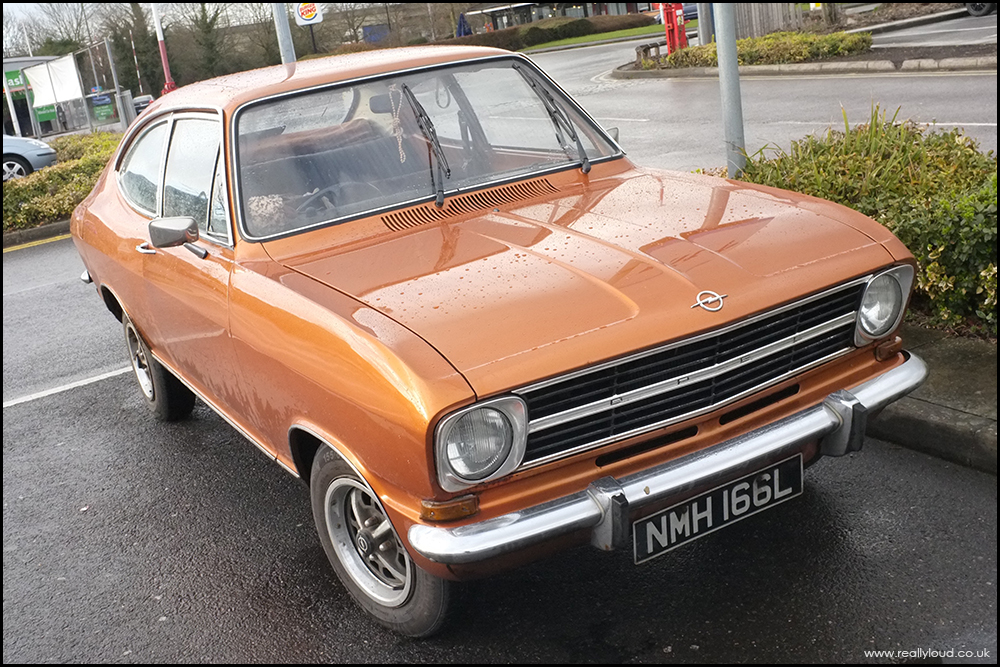 Available as a saloon, estate and coupe the Kadett was Opels best selling car in the UK. 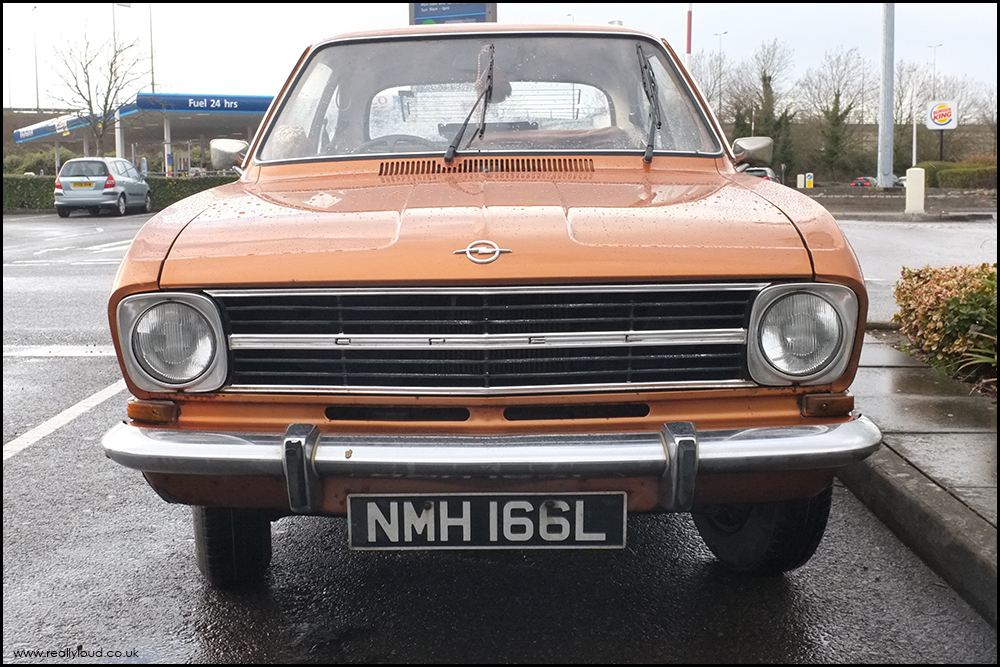 Two small engine options were on the coupe available here, but European only Rallye model was sold with the Mantas 1897cc. 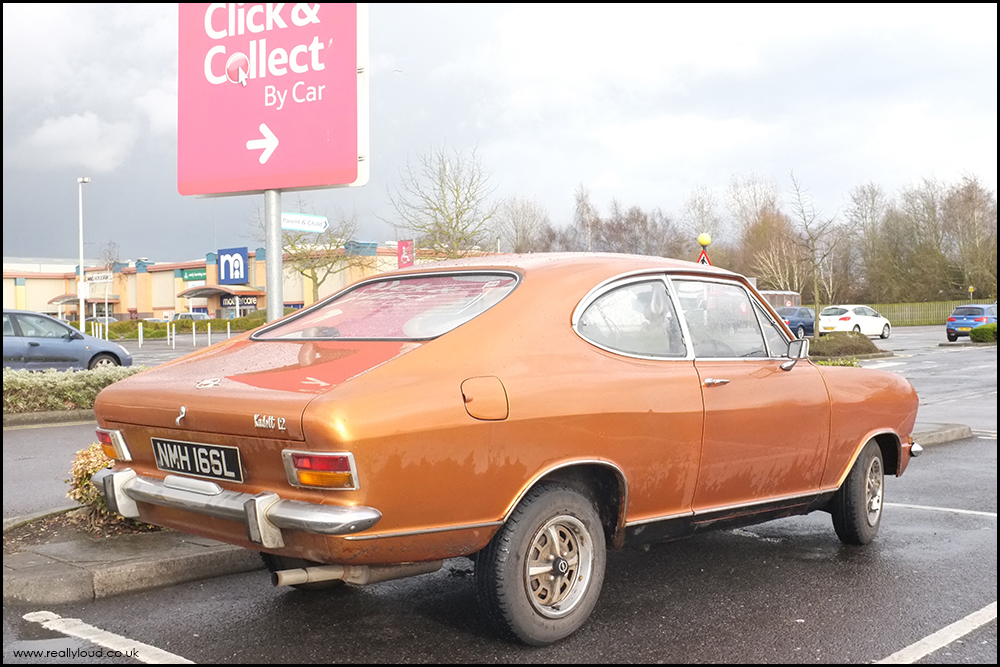 The styling resembled the bigger Rekord and Commodore coupe models. The GM influence, particularly on the rear side windows is also evident on the Vauxhall Firenza coupe models of the period.