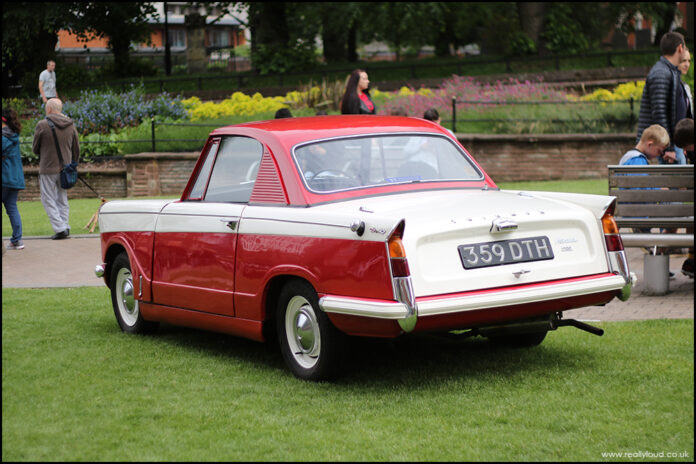 Harking back from an era of The Shilling and The Shadows, the Herald was an interesting combination of up-to-date fashion and pre-war tech. The flamboyant Michelotti styling was perched on an old fashioned ladder chassis with large sections of panel work that were bolted rather than welded. The unusual use of a separate chassis was stated to ease CKD assembly in other countries but another reason could be the lack of resources to build monocoque cars at the plant. The coupe and convertibles started off as the most powerful variants when the Herald range was released in 1959, with twin SU’s and potential to break the newly ‘suggested’ UK speed limit. Known for their superb turning circles, the car struggled to sell initially and not helped by reports of poor build quality. By the time this example was registered Leyland’s intervention helped increased the Heralds sales distribution, with the bigger 1.2-litre engines finally sorting the car out as better proposition than the original. This was captured in its home city of Coventry, where the brand once produced their cars. Nothing remains of the Triumph factory, asides from a few road names. 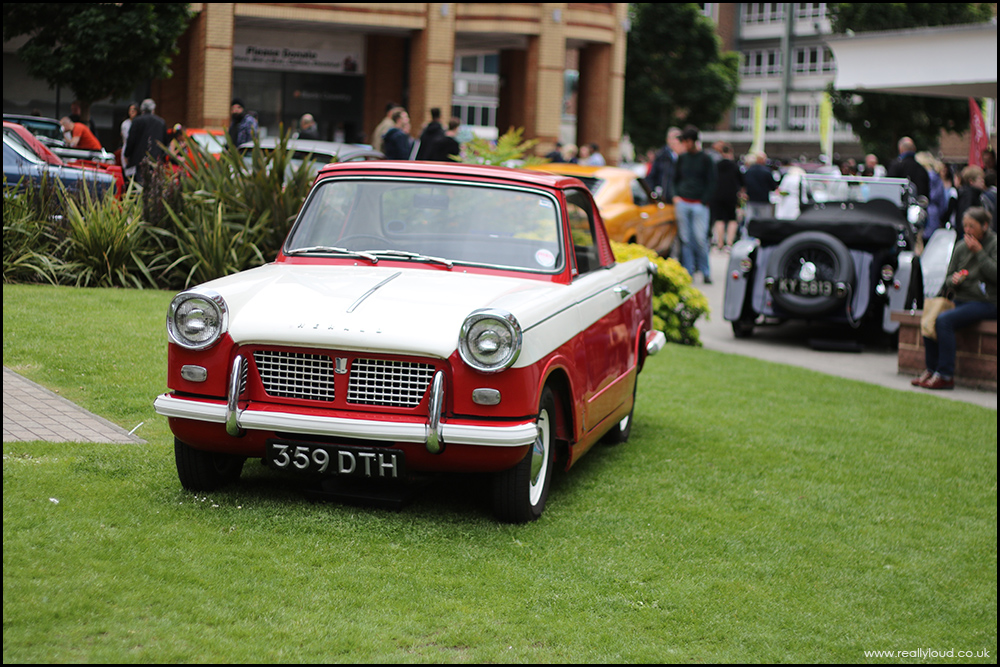 Photographed during the Covfest event, this Herald is parked by Broadgate, considered the heart of Coventry. 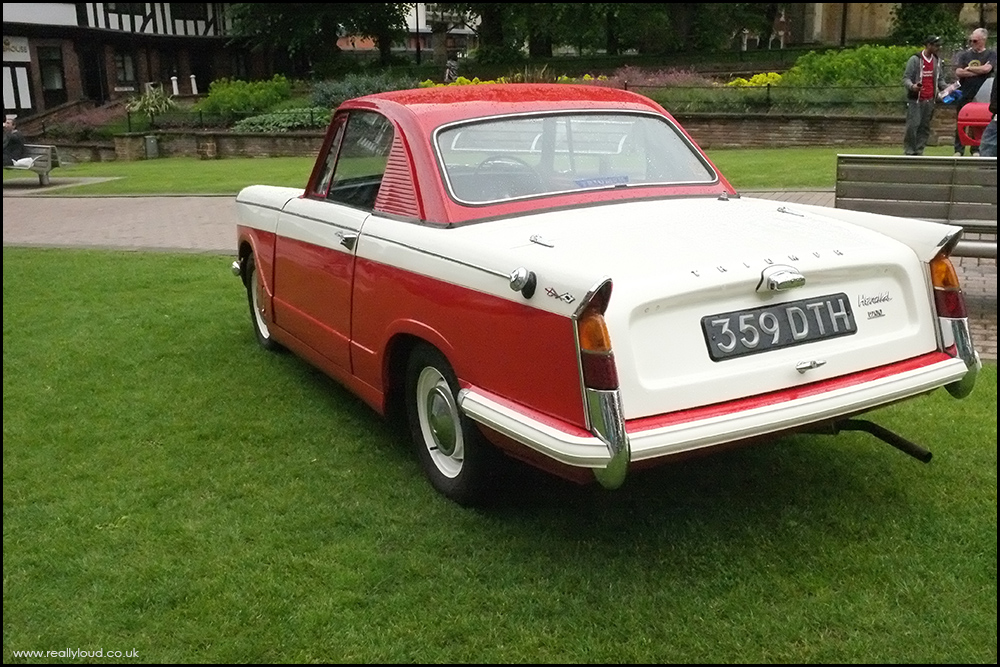 This 1963 example is one of around 5,300 examples produced. The bigger 1.2-litre and engine without a significant decrease in MPG make them quite desirable in Herald circles. 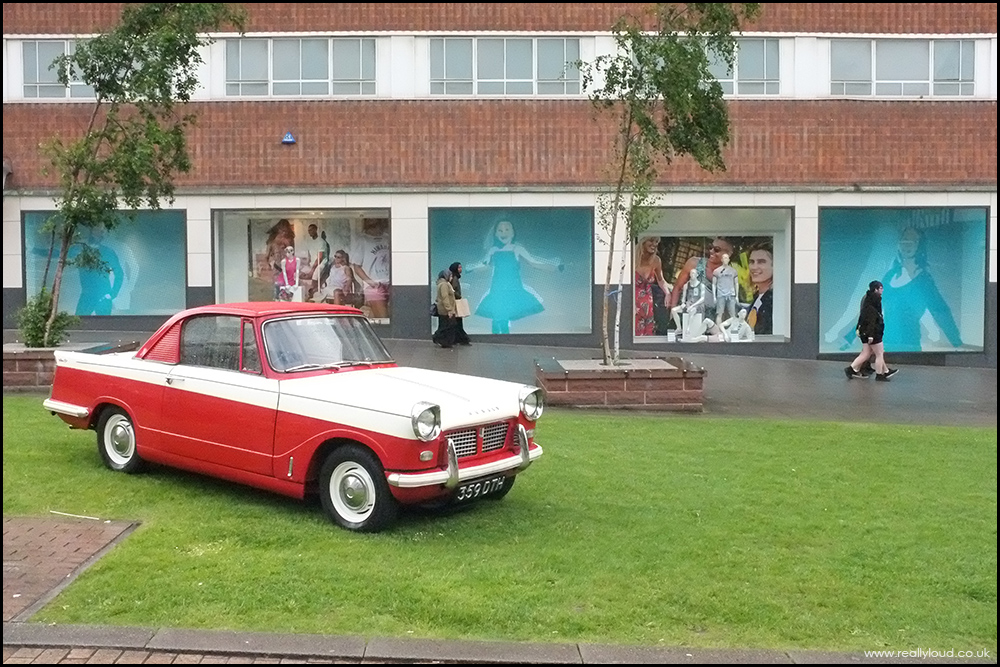 The Triumph company heyday was considered to be during the ’60s when the company produced a full range of cars for each budget. 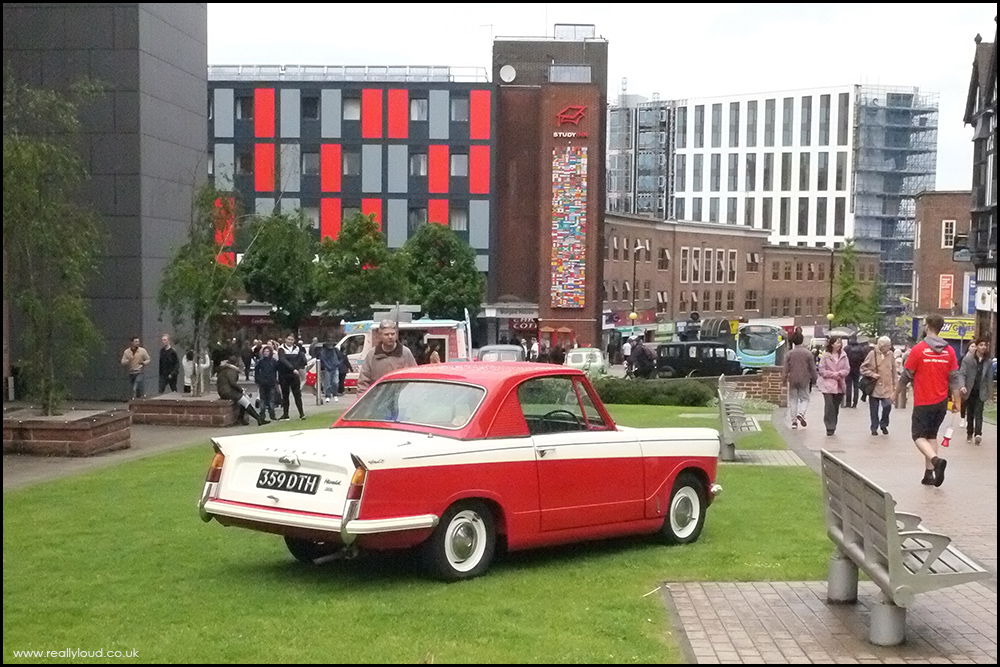 This city centre has been continously upgraded over the years, with elements of its car building roots still evident.