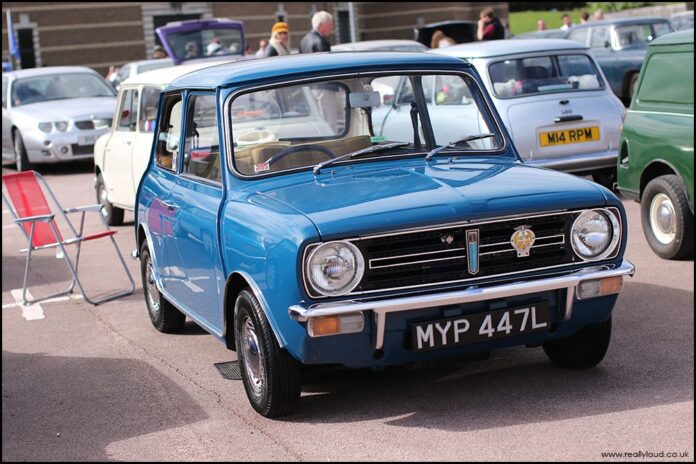 At last, the first proper car show for almost 6 months and the organisers of the BMC & Leyland Show @britishmotormuseum didn’t disappoint. One the great things about BL content is the regular stream of unseen cars and more importantly original one or two owner cars. At today’s event, I spent a little more time getting to know the owners and the story behind their cars. This Mini was bought new in London and remained with its original owner for almost 40 years until his passing. It was offered to its new owner, a Mini enthusiast looking for a decent original car. They were in the process of spending 5K on restoring their Mini Mayfair but chose this instead. Other than a repaint, it is as original as you could ever hope for. It has a selection of neat period bolt-ons including the over-riders, reversing lights and some interior fittings. 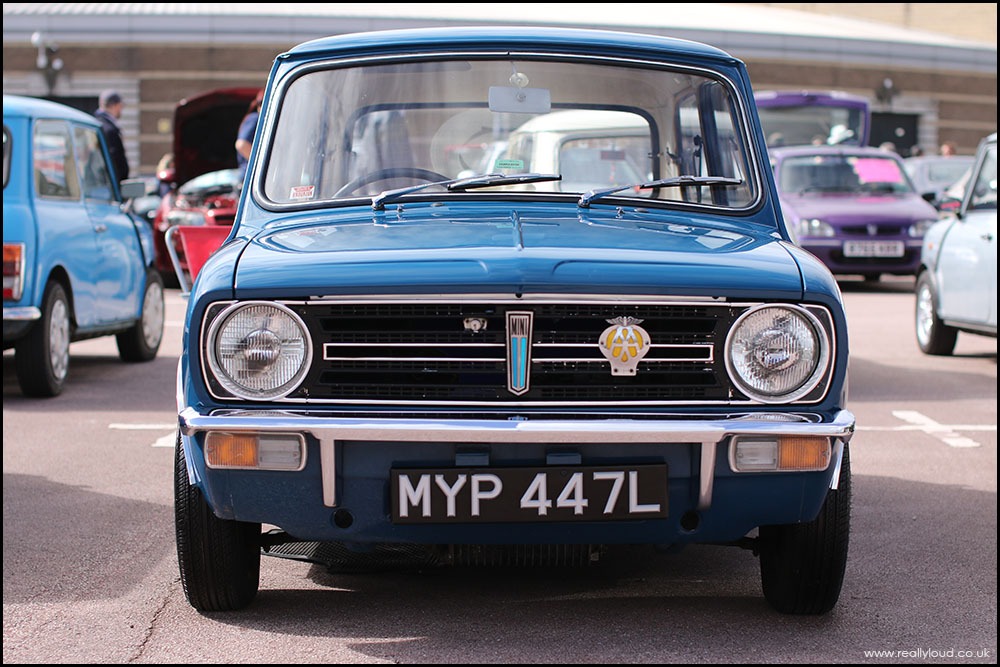 Original factory spec Clubmans to be rare these days, standard models lived in the shadow of the original, Cooper and 1275 GT cars and were either left to rot or broken up for spares. 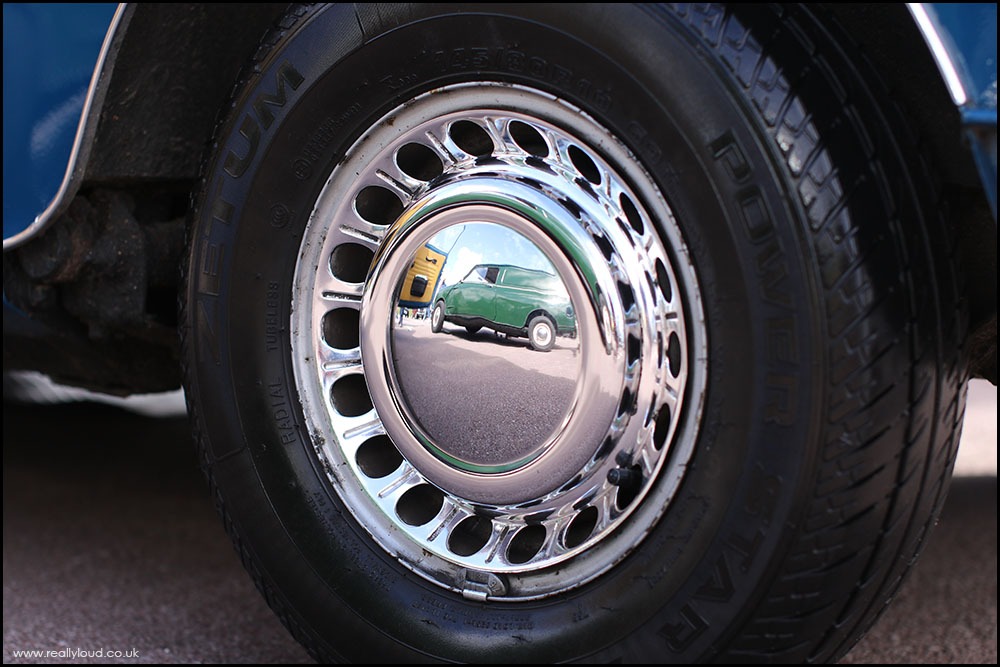 Chrome hup caps and trim signify that this has remained virtually unaltered since it was new. This version has the 10″ wheels and front drum brakes. 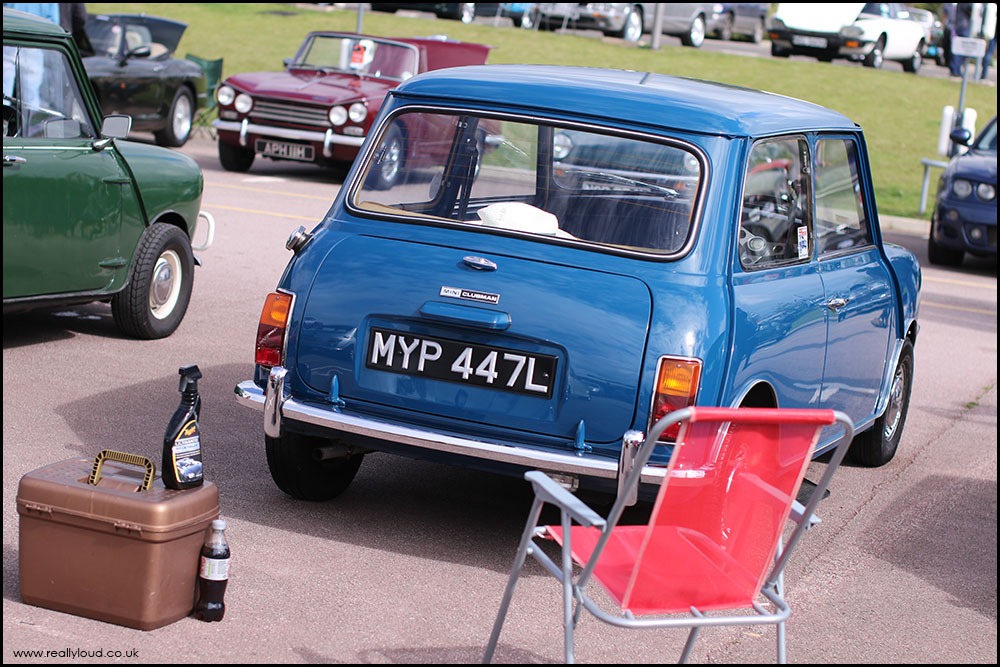 The Clubman was lightly updated in 1974 to include a door mirror and heated rear element. 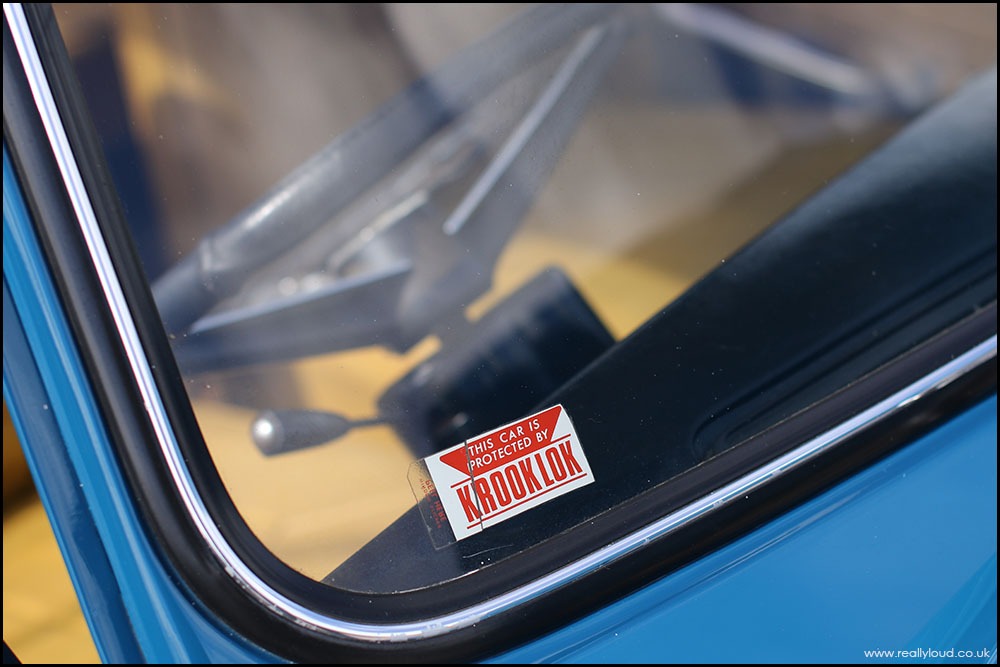 Budget security devices were limited to wheel and gear clamps, as cars of this era were pitifully easy to steal. 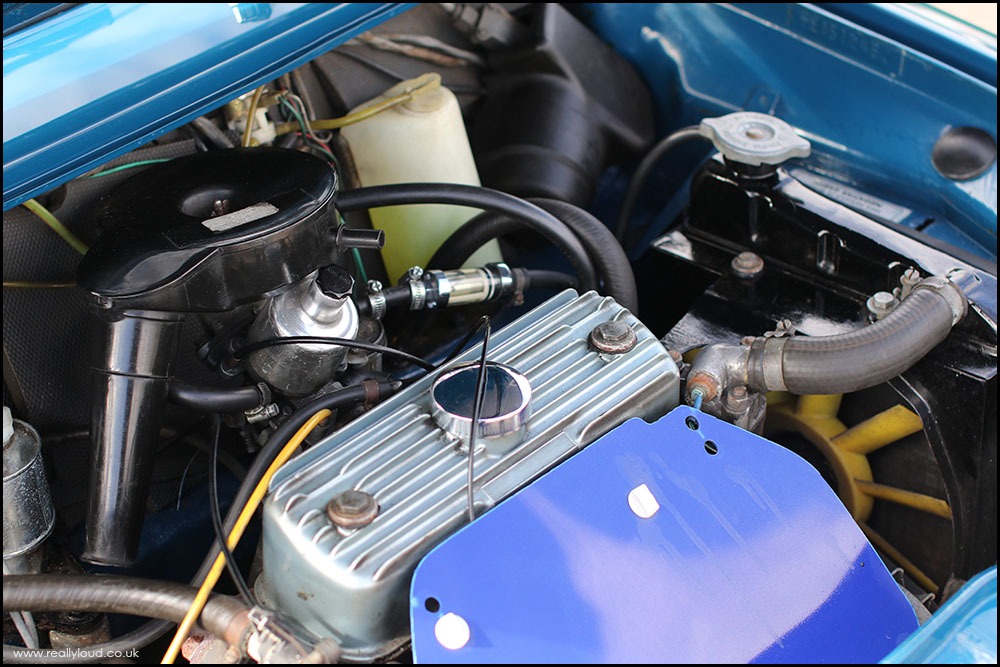 The engine has seen a light overhaul and upgrade, although the car covers minimal mileage these days. 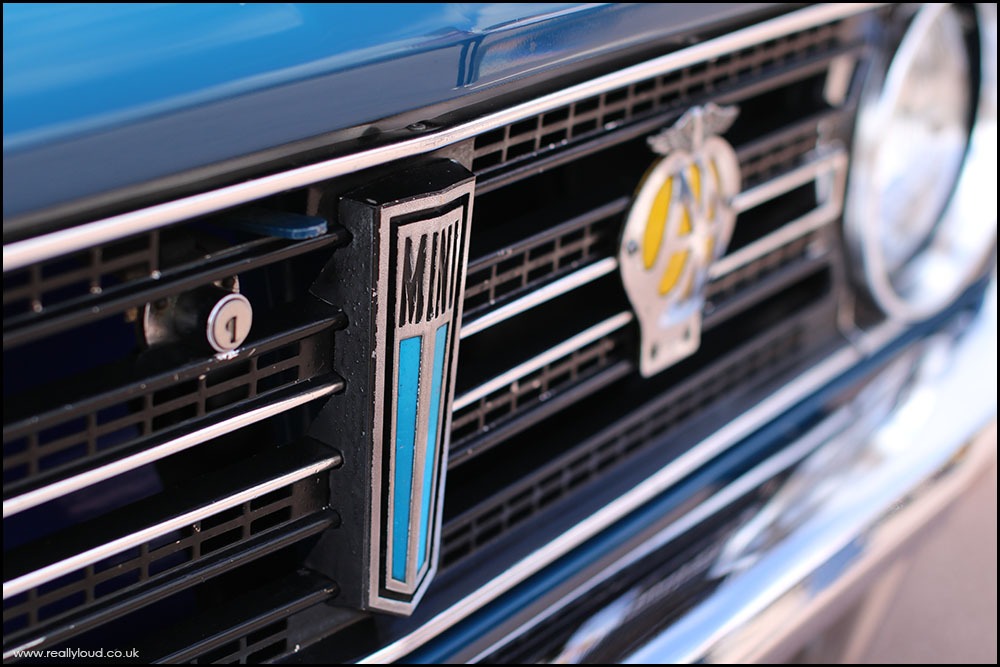 An additional security measure has been installed at some point of this cars life. The body has been repainted, with bumper re-chroming but the rest of the car has been left as it was. 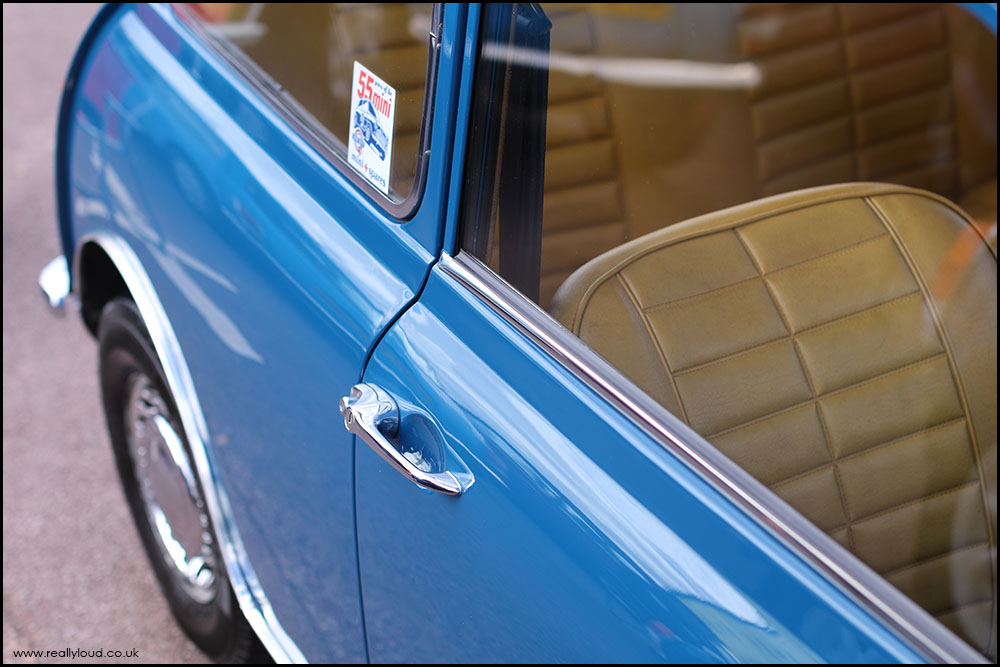 The seats had been covered with fabric, which after removal and extensive cleaning came up as new. 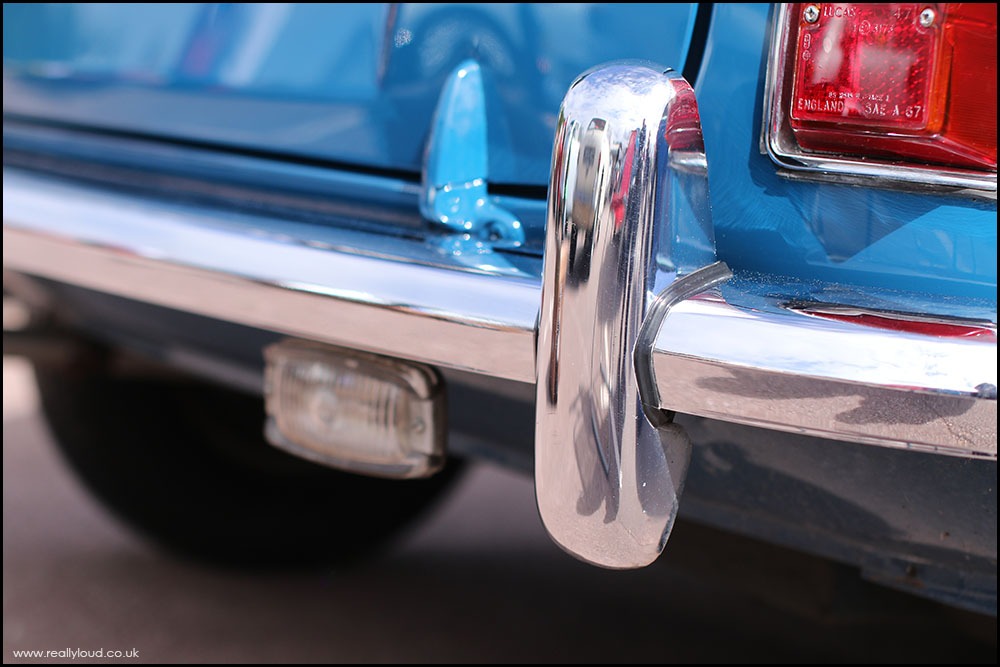 The original owner fitted over-riders on the car, along with a reversing light and several other interior enhancements. 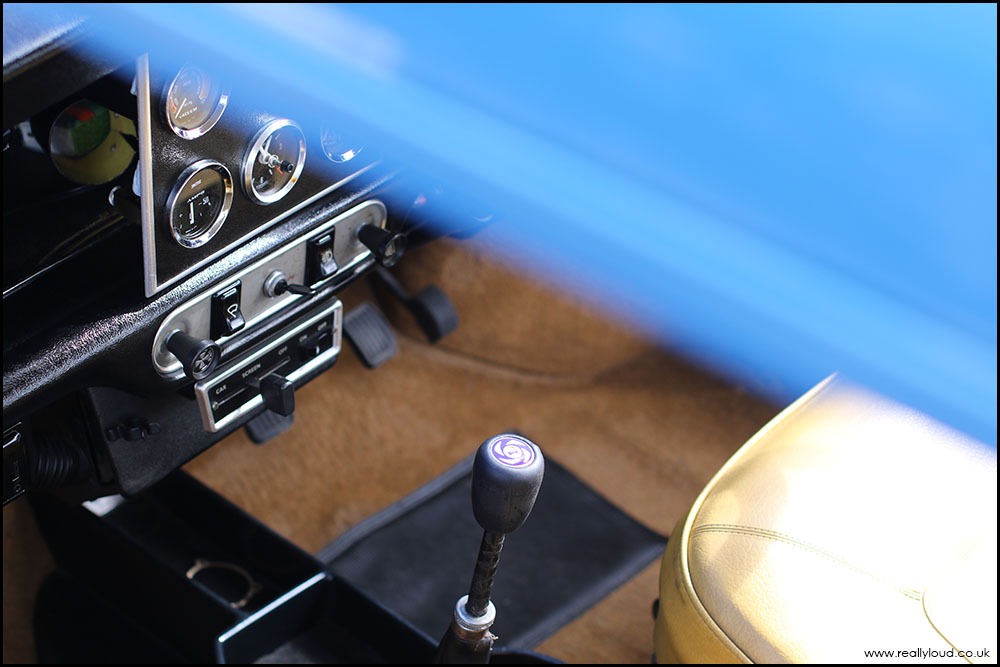 Additional dials give the car a nod towards its sporting past. 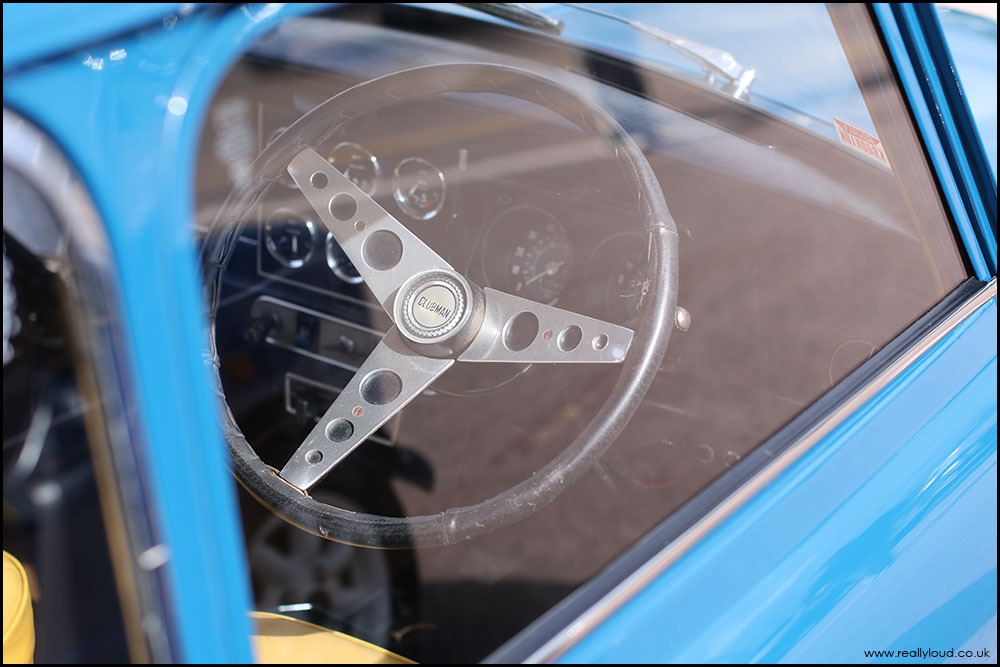 Another non-standard but perfectly period piece, the steering wheel, is bound by a leather jacket.