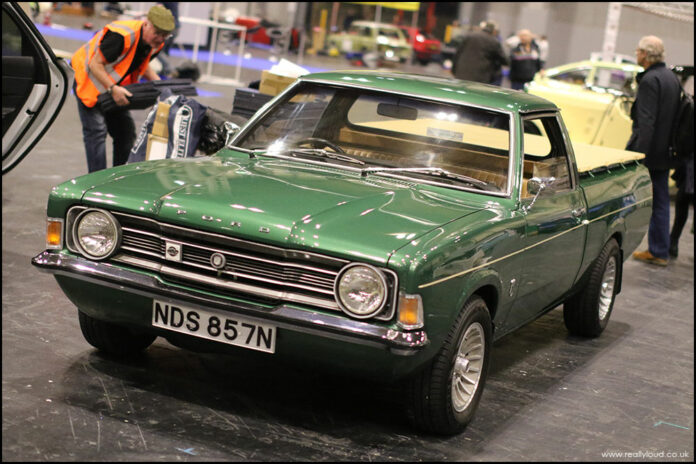 The South African division of Ford marketed their own version of the MK3 Cortina pick-up. First introduced in 1971, from the B-pillar forwards it is all 2 door Cortina. The rear deck had been carefully designed too, with provisions for some style but if the customer wanted a bespoke flat deck or custom rear fitting then the rear tray could be unbolted. Sold with the 1.6 OHV 4 cylinder engine or rather more temptingly with the Essex V6, it’s hardly surprising that quite a few found their way into the UK as private imports over the years. The P100 officially became a UK Ford product in 1982, with the outgoing long-wheelbase MK V Cortina being the front end donor. This well-known car was spotted at the NEC Classic car show and is currently powered by a 5-litre V8. 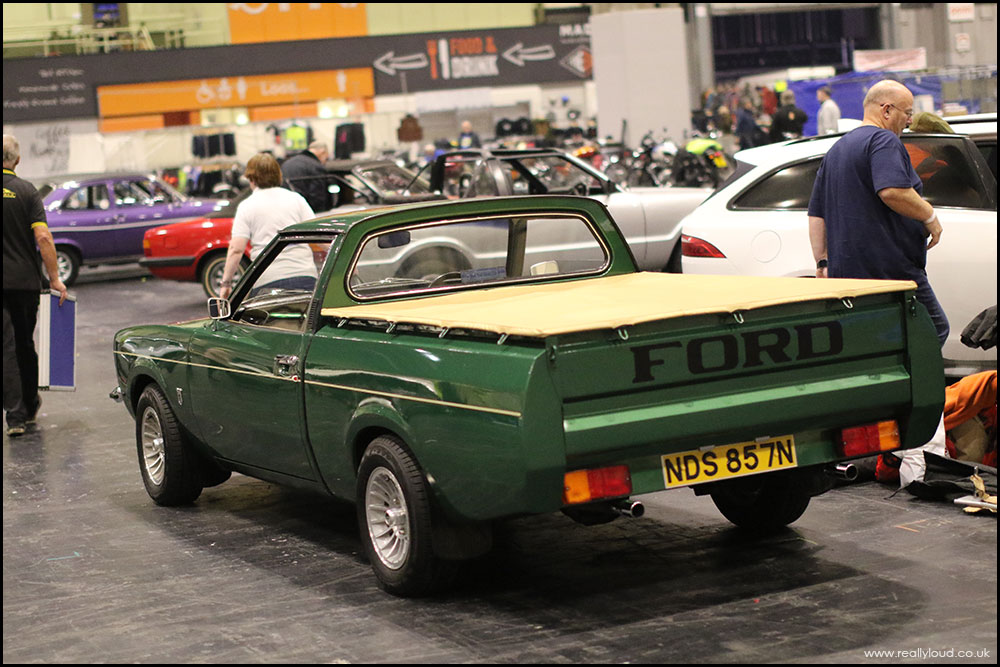