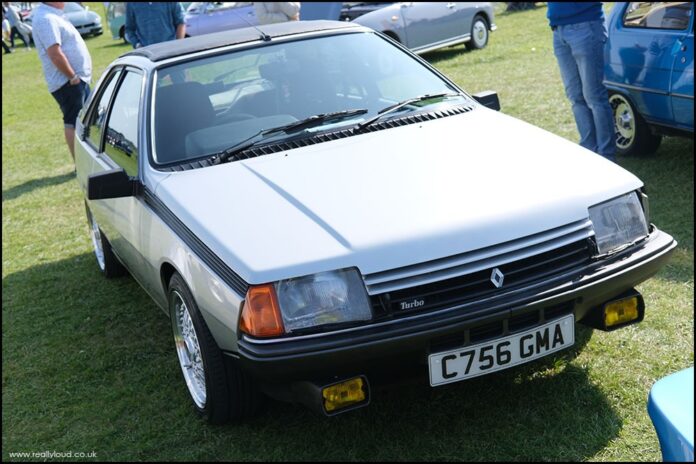 Influenced by Renault’s prominent success in motorsports, the company were keen to capitalise on that kudos. When this car was launched, it co-included with a top ten WRC position as well as strong finishes in Formula 1. The original Fuego was a good seller among the coupe sector when first introduced in 1980, offering a good blend of practicality and equipment but a little short on emotion. The inclusion of a Turbo three years later did wonders to the performance, but Renault also improved the ride and handling of the Fuego, which did much to maintain its showroom appeal as well as appease the enthusiasts. While it never came top of the class for outright acceleration or the top speed, it still maintained the Fuego’s easy to drive mannerisms and reasonable running costs. So why aren’t we all raving about them today? The long and shorts come down to the age-old issues that plague the brand, rust being a major factor but the sharp depreciation on these cars meant many simply fell into the wrong hands and used them as disposable cars. If these cars were not maintained, niggling faults often built up, despite the overall reliability of the engine block. Interiors were a bit flimsy too and looked shabby after their 3rd owners. By the late ‘90s, almost all Fuego’s sold in the UK, from the base 1.4 to the top end Turbo models were seldom seen on the roads. A handful do survive, like this well-preserved example belonging to Mark, a self-confessed Renault fanatic who made my day by bringing his car to the recent Drive-in day at Bicester Heritage. 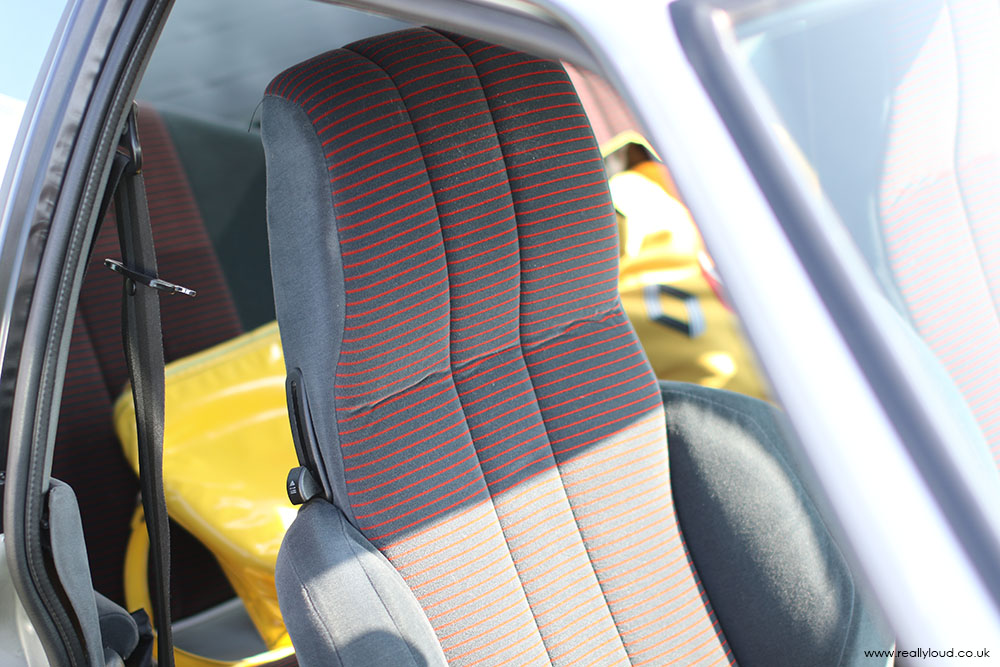 The sporty feel was considered throughout the car, the seat design echoing that from the previous Renault 17 coupes. 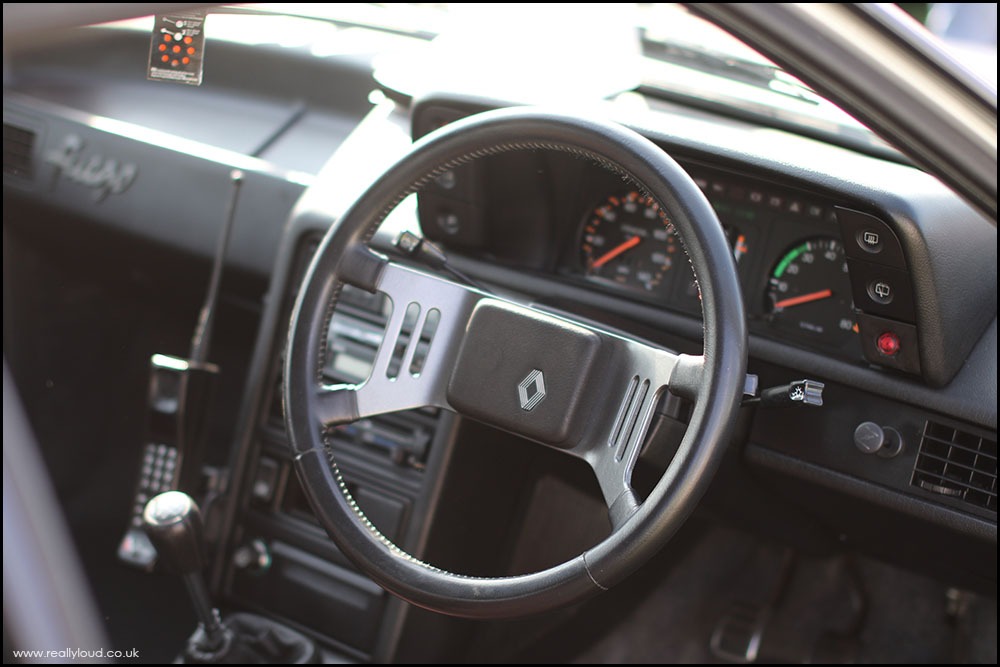 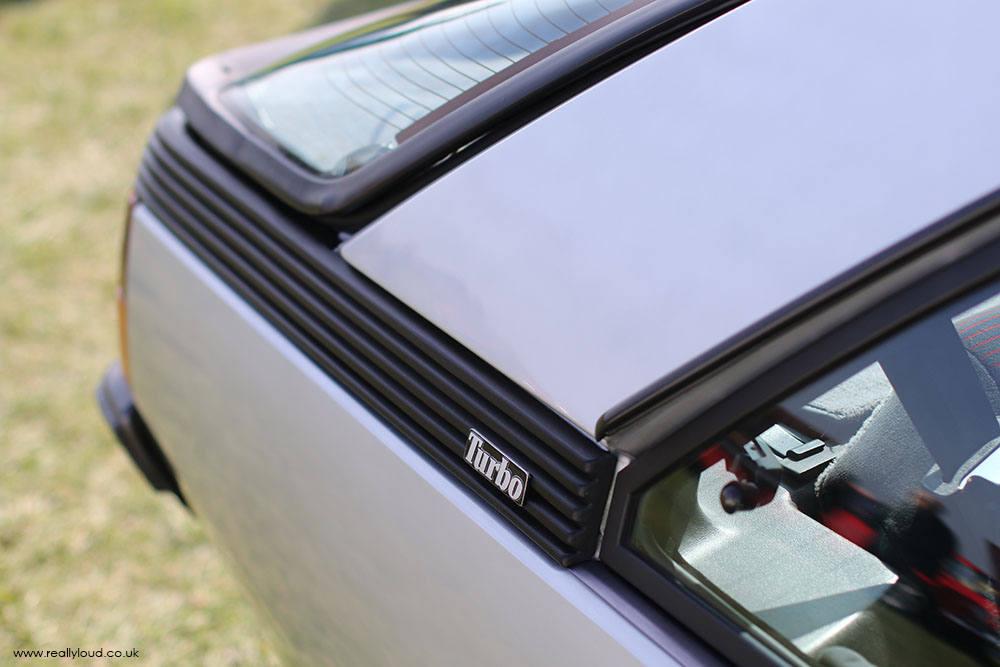 The Turbo badges have been plastered all over the car. 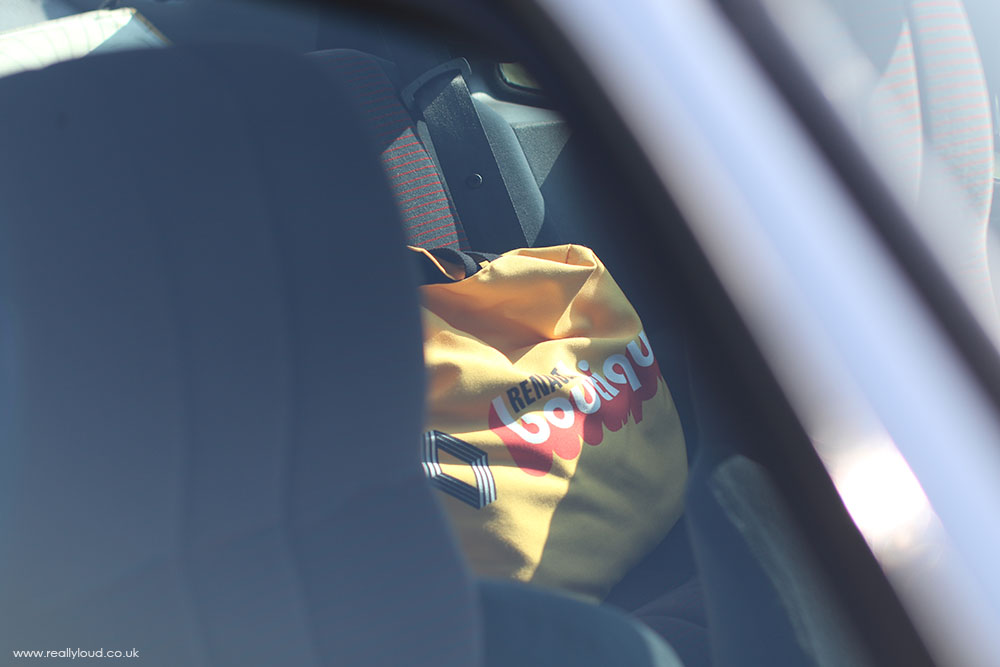 Marks interest in Renault shines through the car, the boutique bag was one of many accessories that Renault sold as part of the brand’s lifestyle appeal. 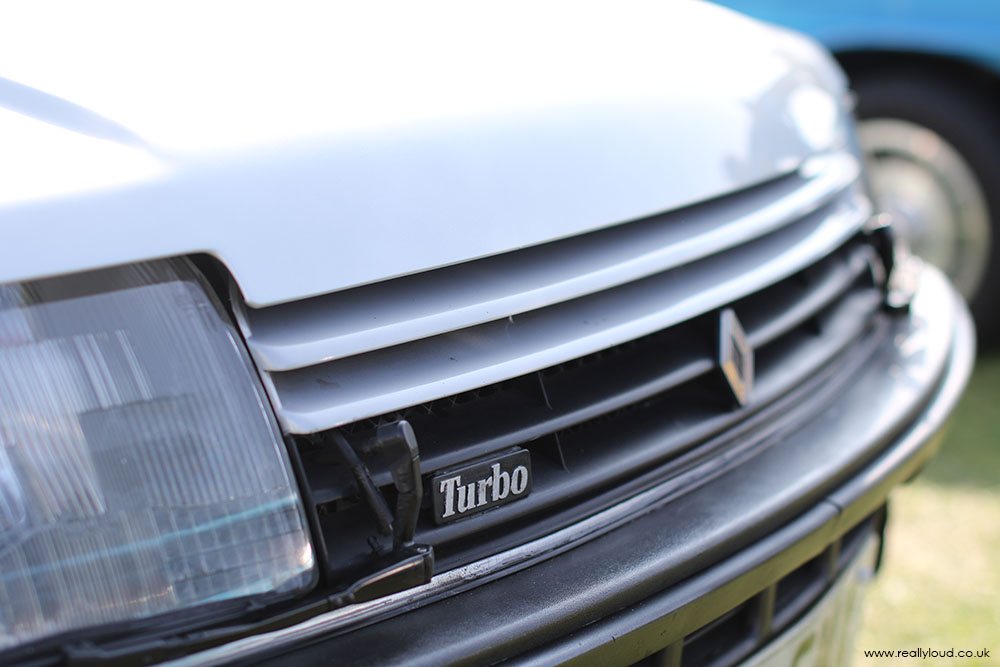 Well furnished with some superfluous options, the headlamp washer/wipers were not essential for UK cars but added to the high placement of the Turbo in the Fuego range. 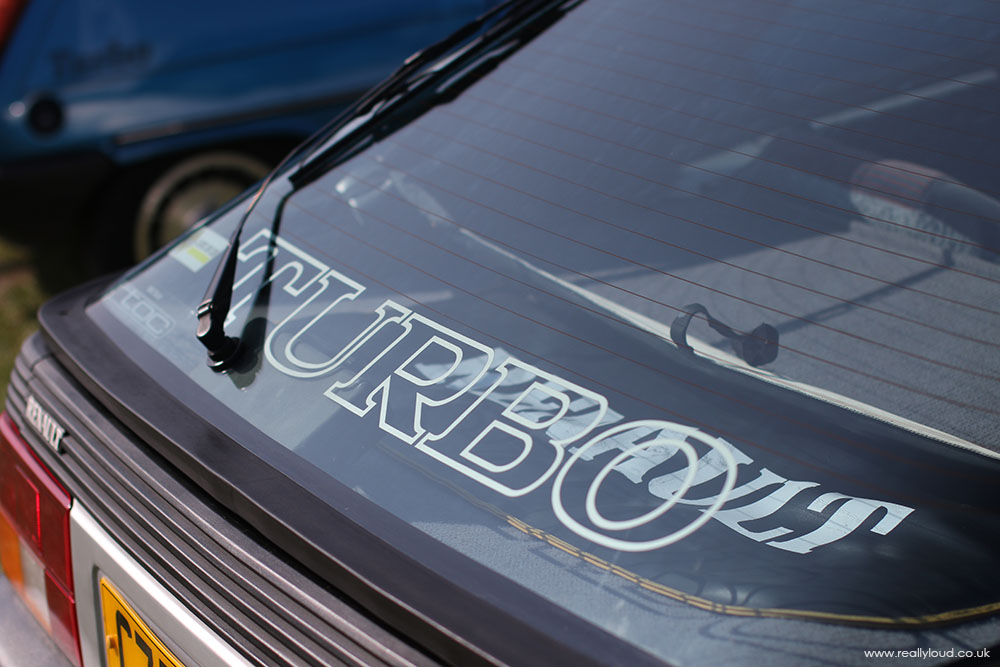 The loud graphics style were a carryover from the earlier mid-engined Renault 5 Turbo. 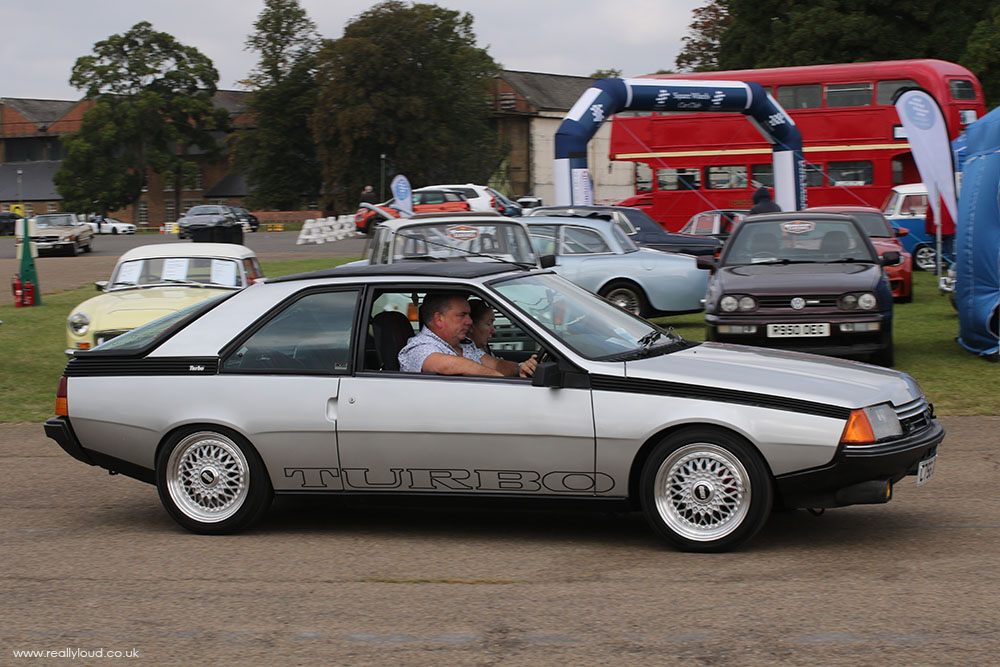 This car has been subject to aftermarket BBS alloys and subtle suspension modification. 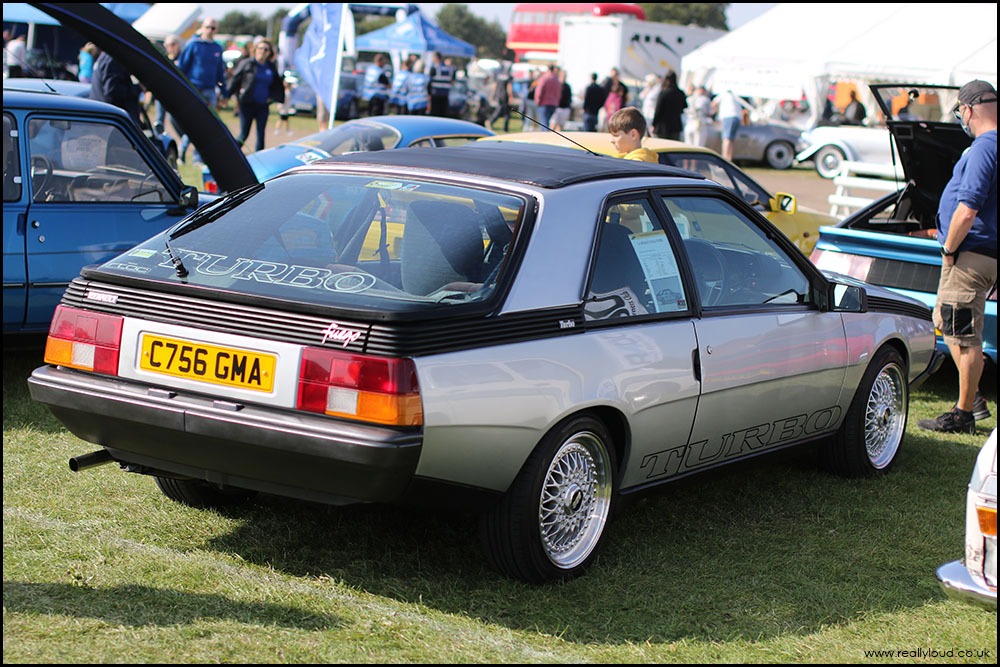