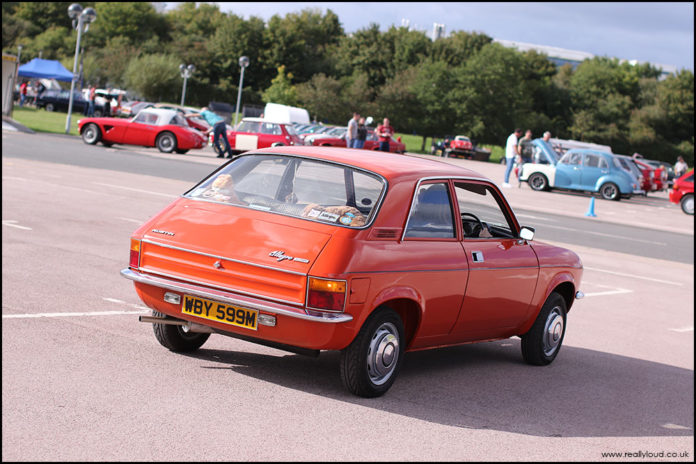 The ’70s as well often documented, was a troubling time for the UK homegrown car companies, with strive and strikes dominating the headlines, when it should have been the cars. This is a brief overview of the cars that became the brands best sellers. A scan outside the top 10 includes the Jaguar XJ6 which sold respectfully well over those years with just under 110,000 units sold. Add up all of the cars to come out of the Abingdon factory, the total would come close to a respectable 150,000 covering the MGB, Midget and Sprite. Other cars like the SD1 didn’t really pick up sales until the late ‘70s. 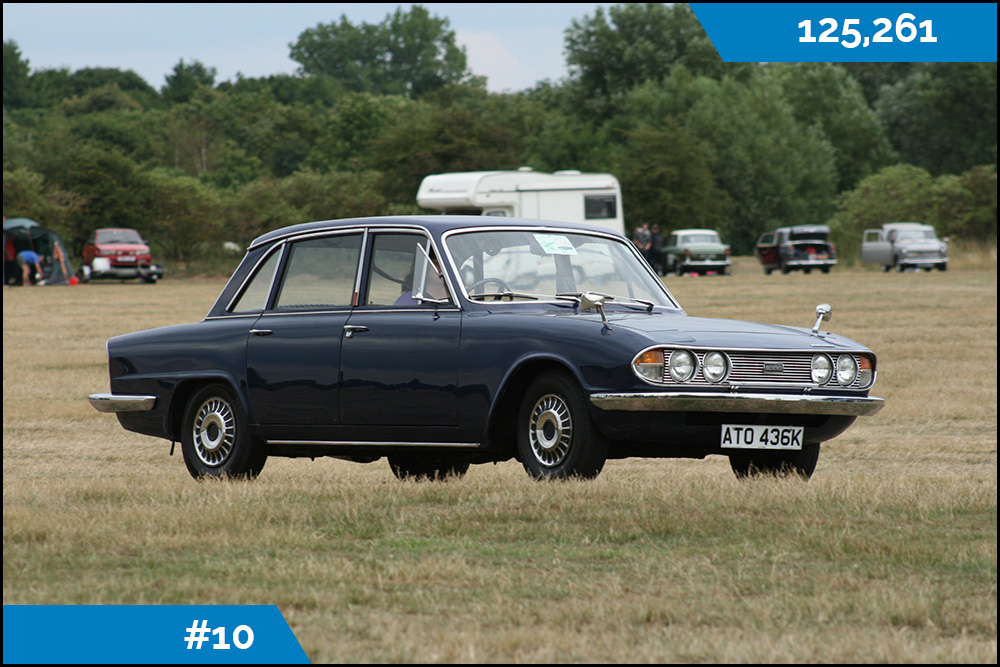 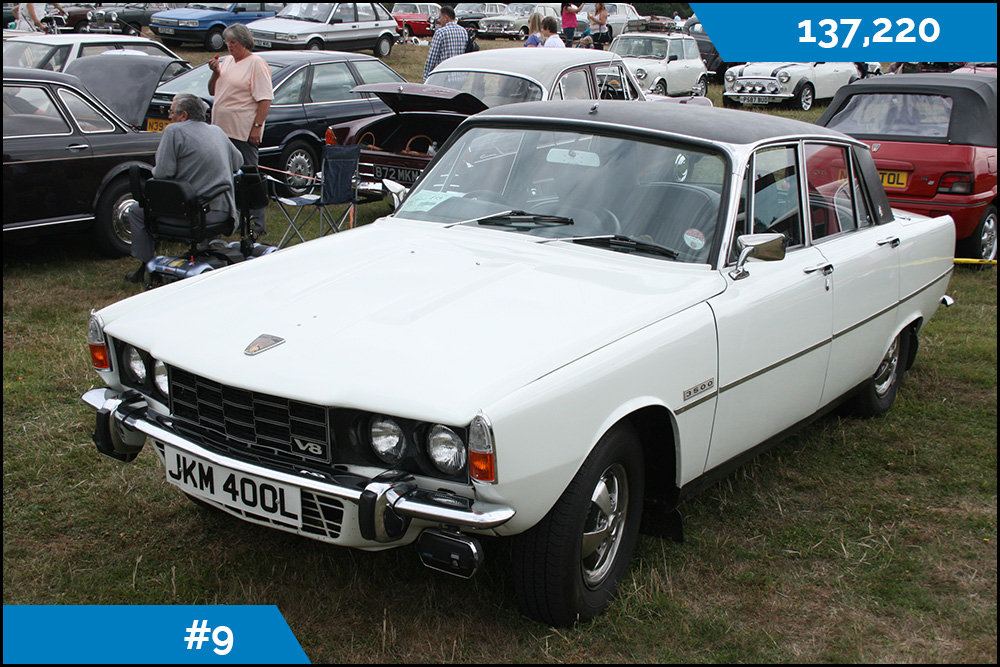 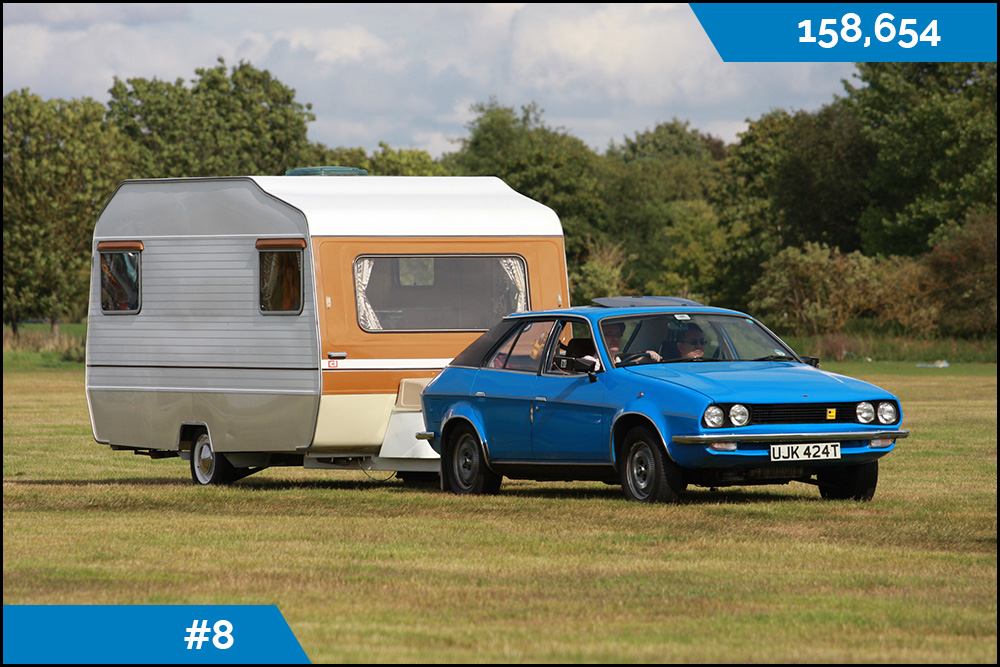 At No 8 is the 1975 Princess. A brand new design but made more sense as secondhand buys. 1978 was its best year with almost 37K sales, which was the result of a new range of engines. 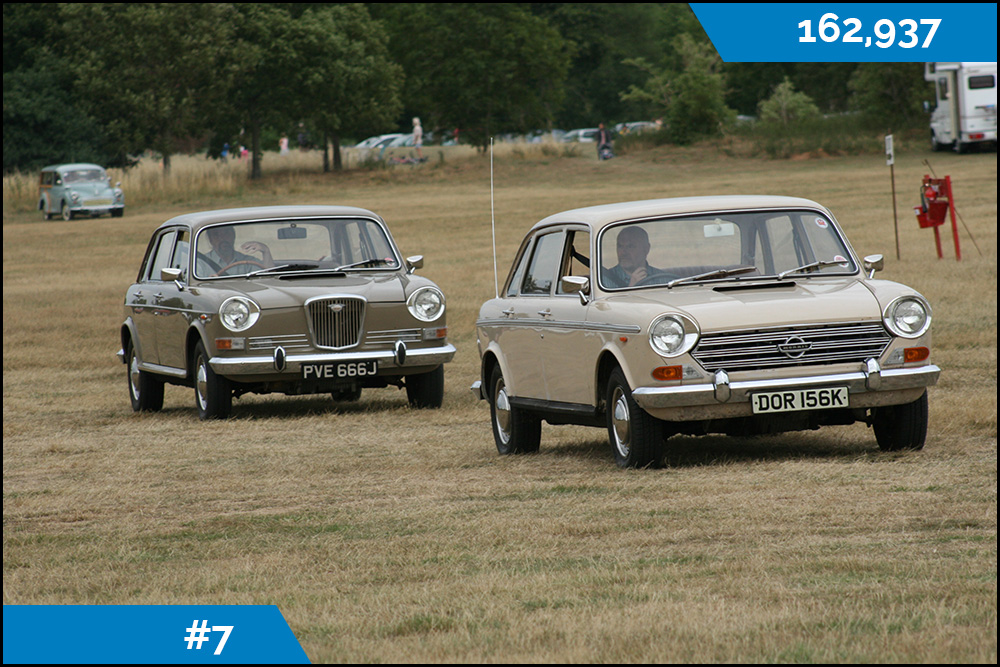 At No 7 was its predecessor, the BMC 1800/2200 which surprisingly outsold the Princess and Ambassador combined over its 9-year run. 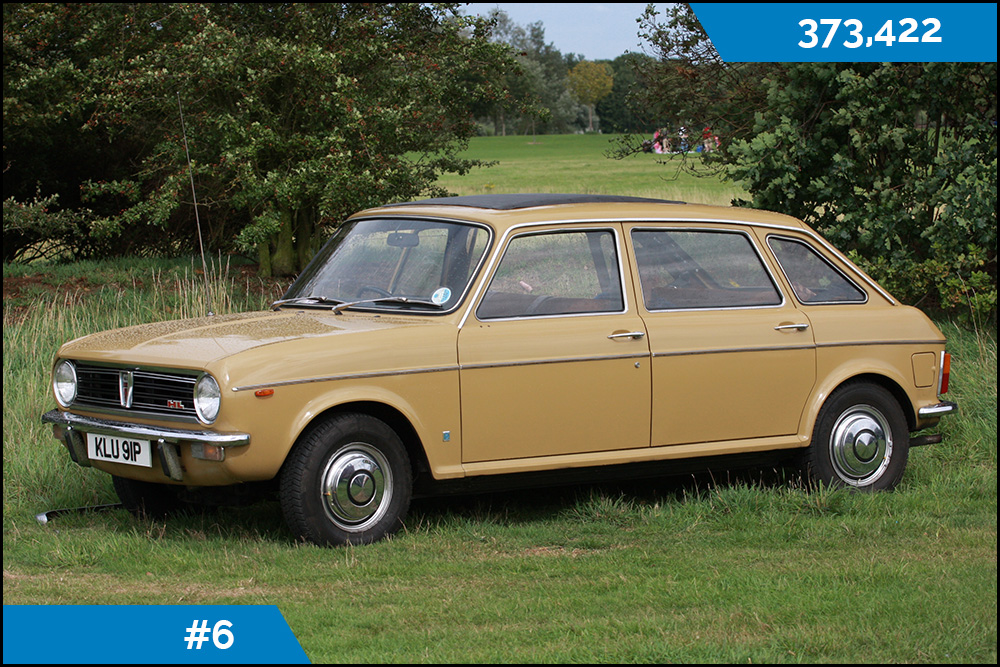 We start hitting bigger numbers now at No 6 with the conceptionally brilliant Maxi. Upon its introduction in 1969, it took a few years to get into its stride, the 1750 and revised gear change did help and peaked at 50K in 72/73 but settled down to around the 25-30K a year for the rest of the decade. 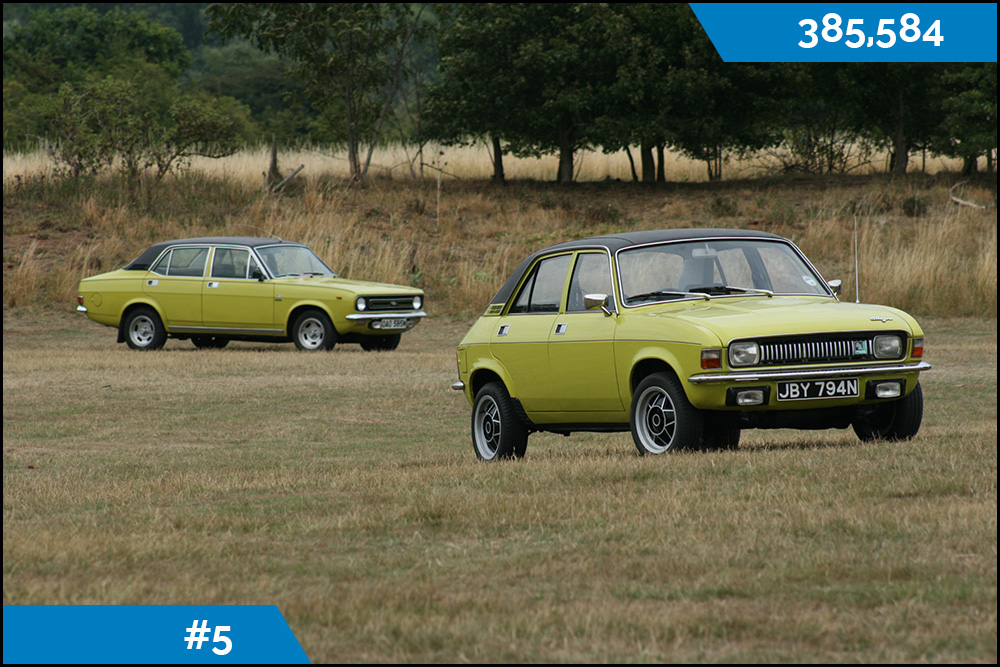 No 5 is the Allegro, which all things considered maintained steady progress averaging 55K sales from 1973 to 1979, but there was a noticeable dip towards the end, suggesting BL really should have replaced it before the arrival of the Metro. 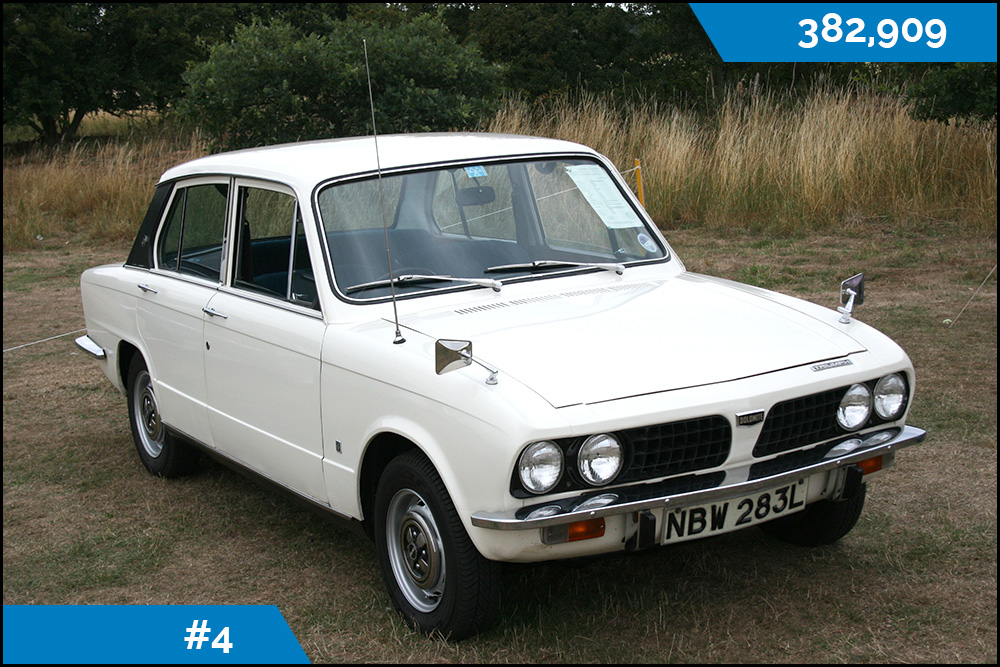 At No 4 is a bit of a cheat, the combination of all of the 1300/1500/Toledo and Dolomite numbers together. The Dolomite eventually encompassed the whole range and still selling almost a quarter of a million in its own right. 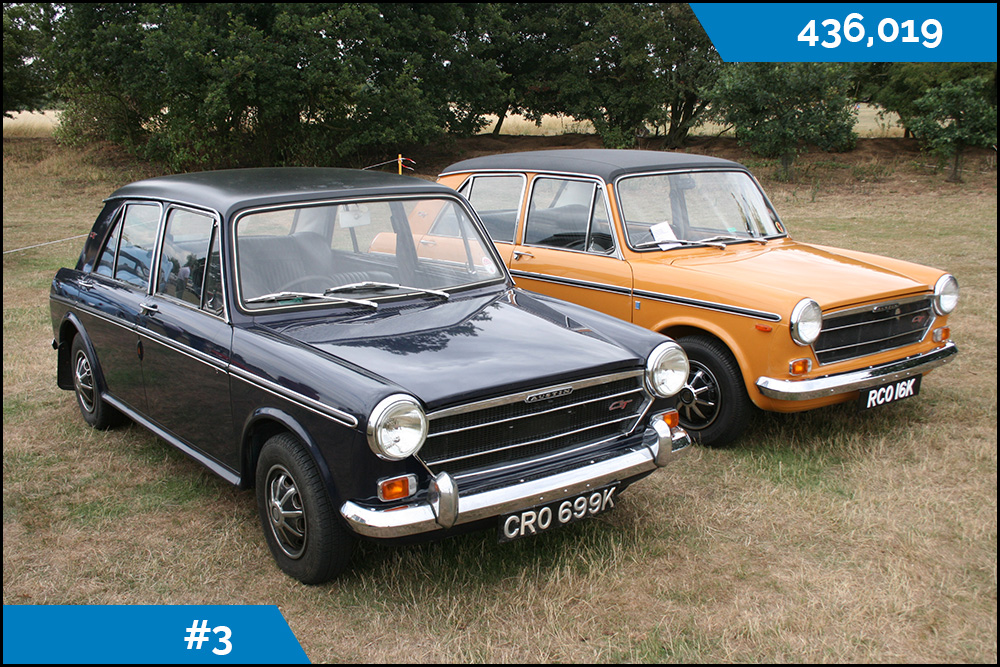 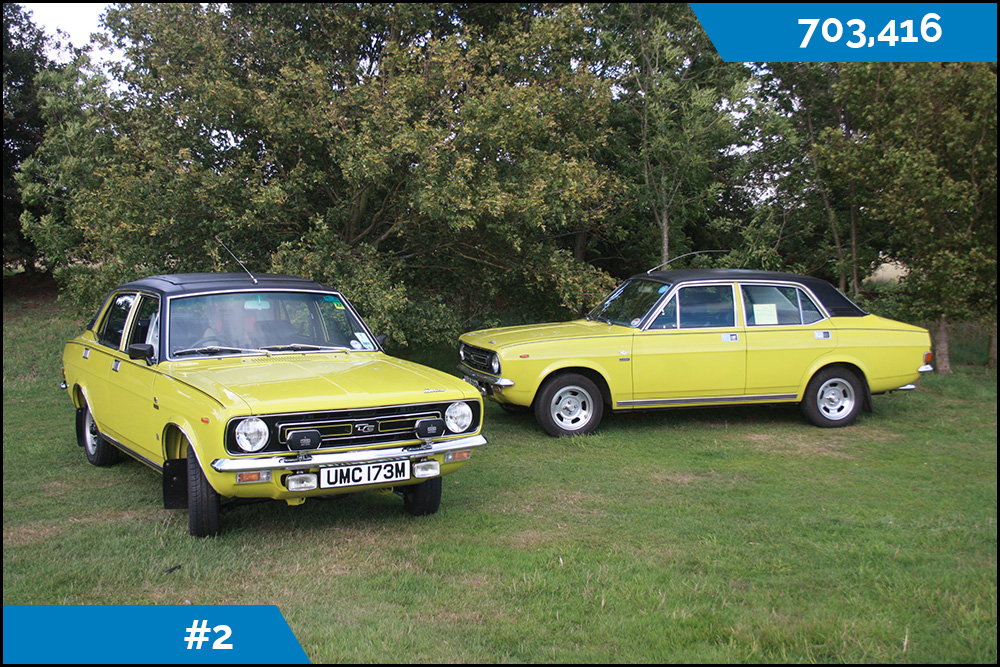 The second spot goes to the Fleet oriented Marina. It had a full decade worth of sales, peaking at an astonishing 115K in 1973. 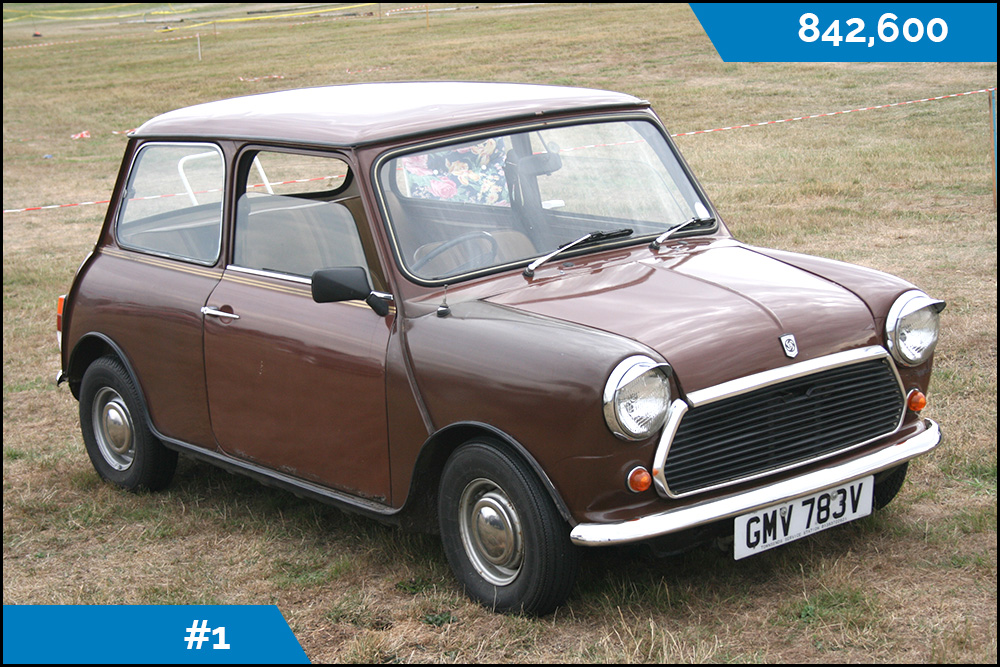 Not surprisingly the Mini grabs the top spot, despite BL losing money on each one, it was their best seller. Maintaining an average of 90K sales until the mid-’70s, it finally slumped in 1980 due to the arrival of the Metro.

These cars were captured at the BL day events in Peterborough in the early part of the 2010s.