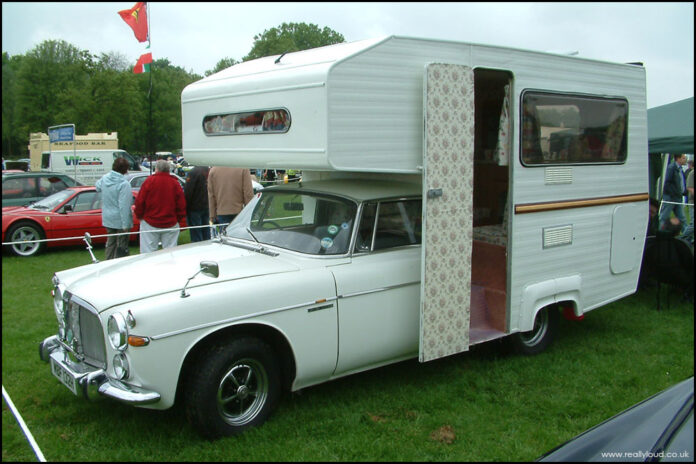 Five cars answering a question that’s was probably never asked? There’s something comforting about being in a car, so logically it becomes a solution to on-the-road accommodation. We’ve probably all at some point had a nap, eaten, worked and involved ourselves in other ‘recreational’ activities, so thinking about it, perhaps these cars aren’t so daft after all. 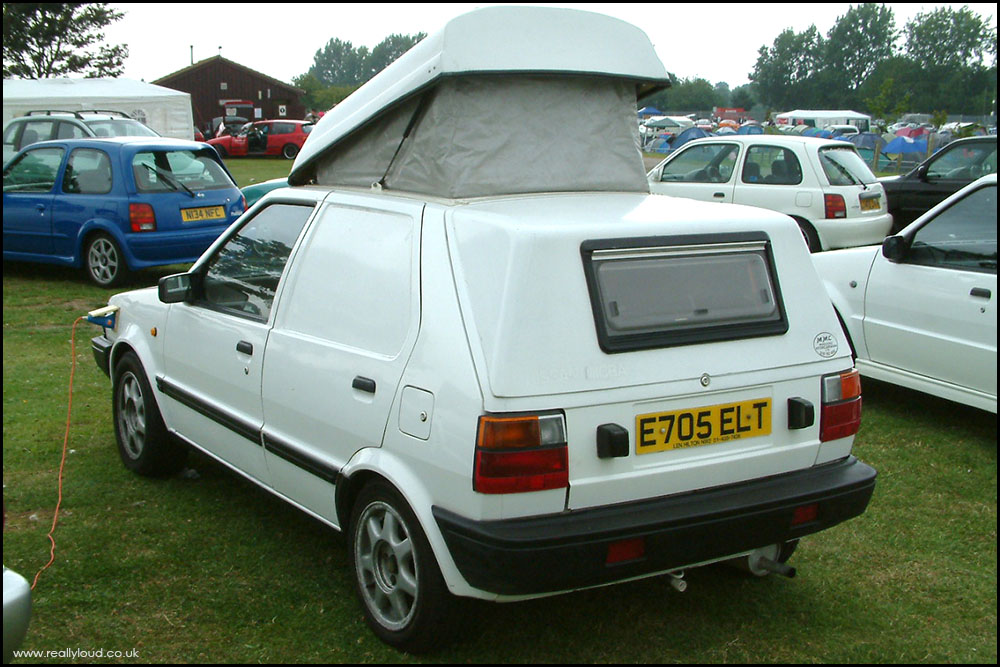 Let’s start with the home-made Micra. It has a cooker, wood furnishings as well as designated dining and bedroom areas, packed into an unbelievable tiny area. It would simply be too miserable to use on holiday but the Saab looks like a better solution. 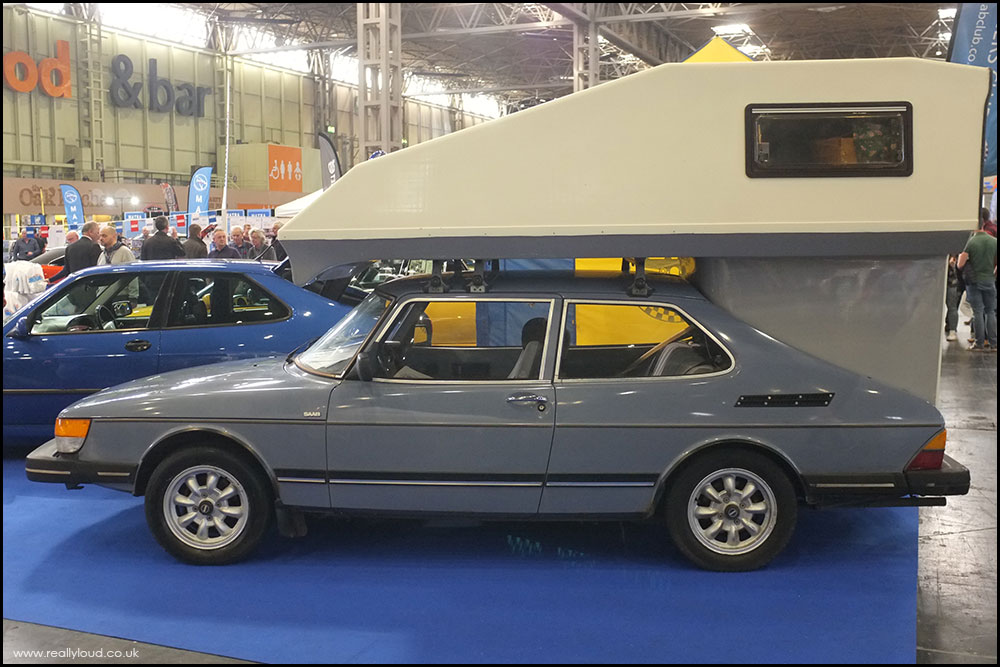 It is a sanctioned model branded as the Toppla. It works by removing the hatch to accommodate a bed, kitchen within the lightweight fibreglass unit and you can actually stand up in it. 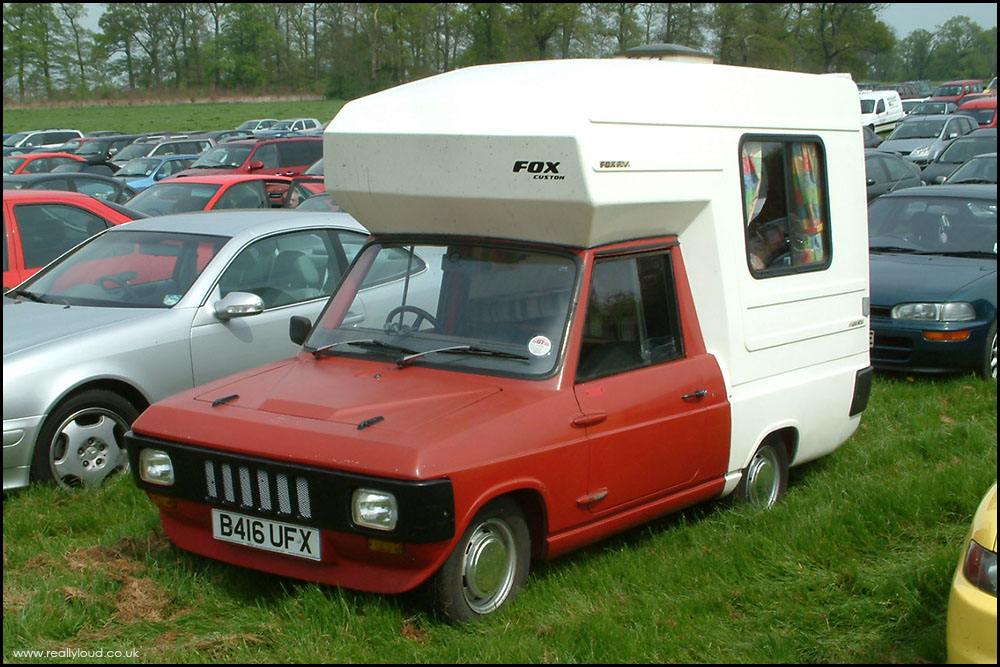 The Reliant Fox actually looks relatively sensible in this company, the camper shell is made by a company called Tandy. They were also responsible for the Maestro camper, so clearly have a knack for these things. It’s thought around 50 Reliant Fox Tandys were produced. 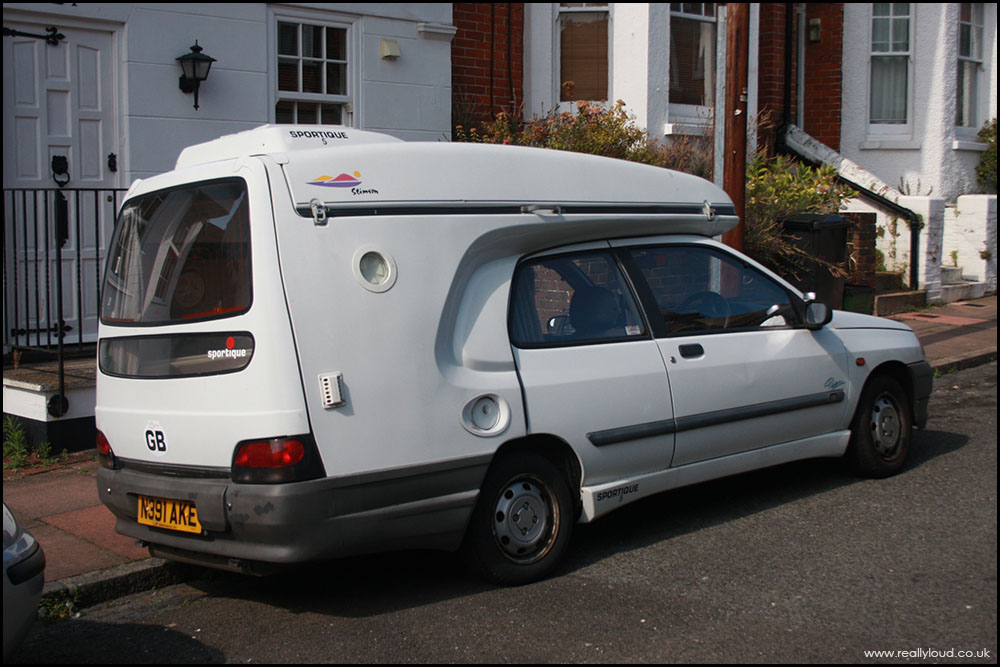 The Renault Clio Sportique was a relatively well thought out concept, a conversion by Portsmouth based Stimson. Apparently, it features a double bed as well as a couple of smaller beds, a hob, table, sink and rather worryingly a porta-potty. 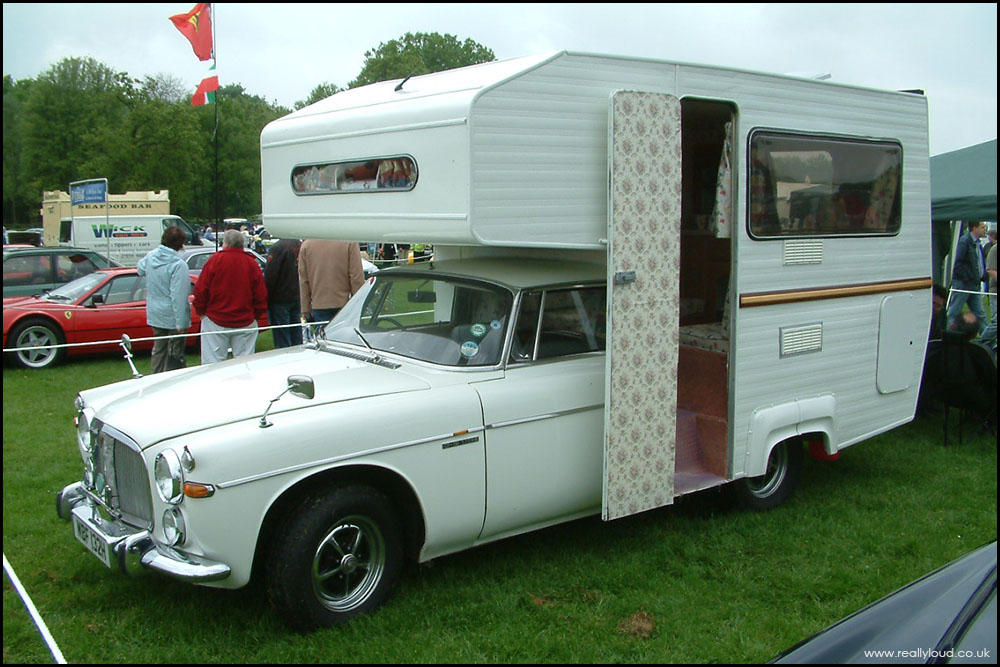 The last car in this roundup is the oldest and quite possibly the pick of the five. This Rover P5 coupe conversion was originally created in 1971 by its owner to tour the UK and Europe. The V8 power is probably the most useable engine here, particularly in view of the camper-home furnishings inside it.  It was restored and modernised fairly recent and is a regular at car shows.