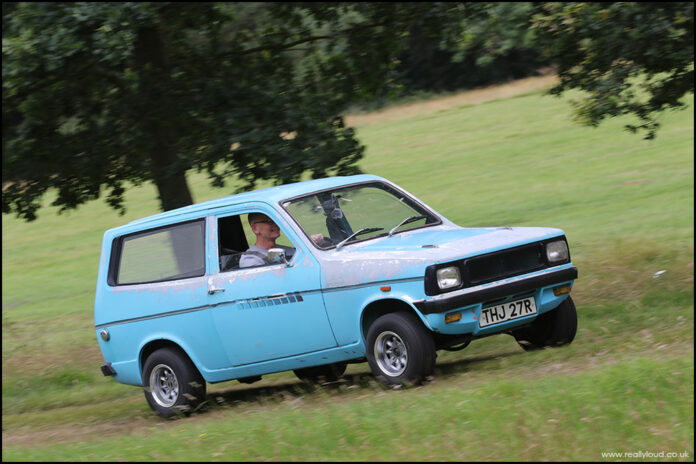 Reliant were a company started by a former design employee of Raleigh bicycles, having acquired the rights for their three-wheeler van. It was developed from what was essentially a pushbike with an Austin Seven engine, and eventually developed into a full bodied fibreglass car. 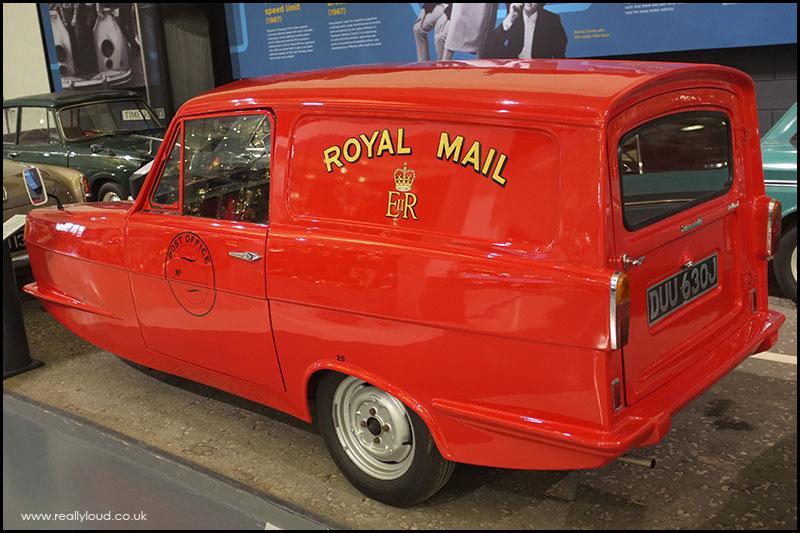 The first recognisable Reliant arrived in 1962 as the second generation Regal, which now used Reliant’s own engines. The main draw was the B1 license classification due to its low weight rather than its 3 wheels. This meant it could be taxed and registered at motorcycle rates rather than the common misconception of them being driven by holders of a motorcycle only license holders. 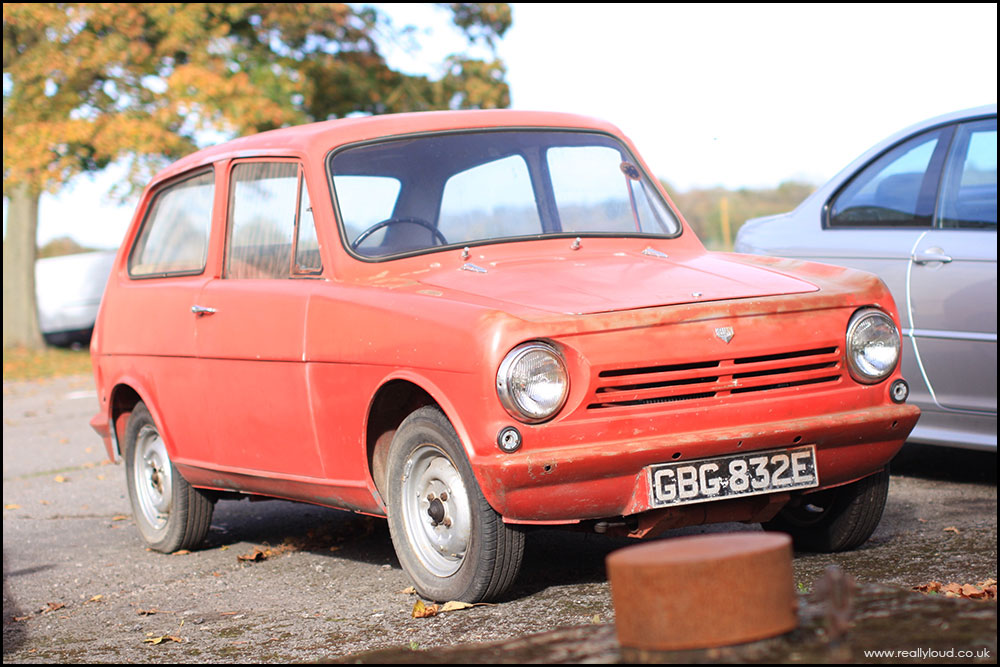 The 4-wheeled version arrived in 1964 and was sold as the Rebel and also came in three bodies and like all subsequent small Reliant cars sold as a saloon, estate and van. By this time BMC’s Mini had lodged itself firmly in the market and even the bigger engines didn’t sway people. 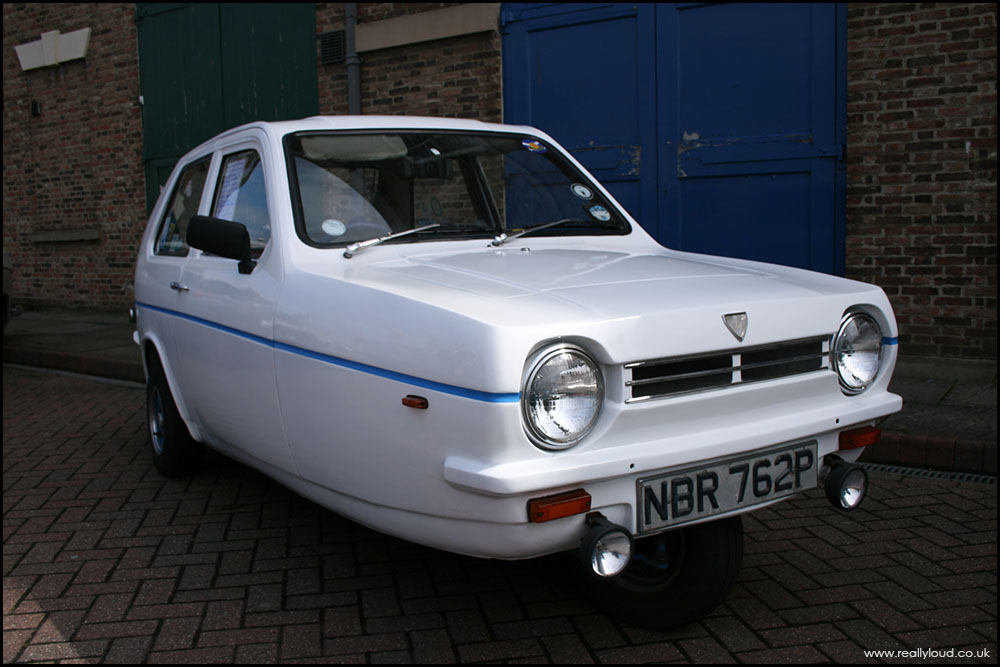 The Regal made way for the infamous Reliant ‘Plastic Pig’ Robin in 1973, while the Kitten replaced the Rebel, after a three year gap in 1975. 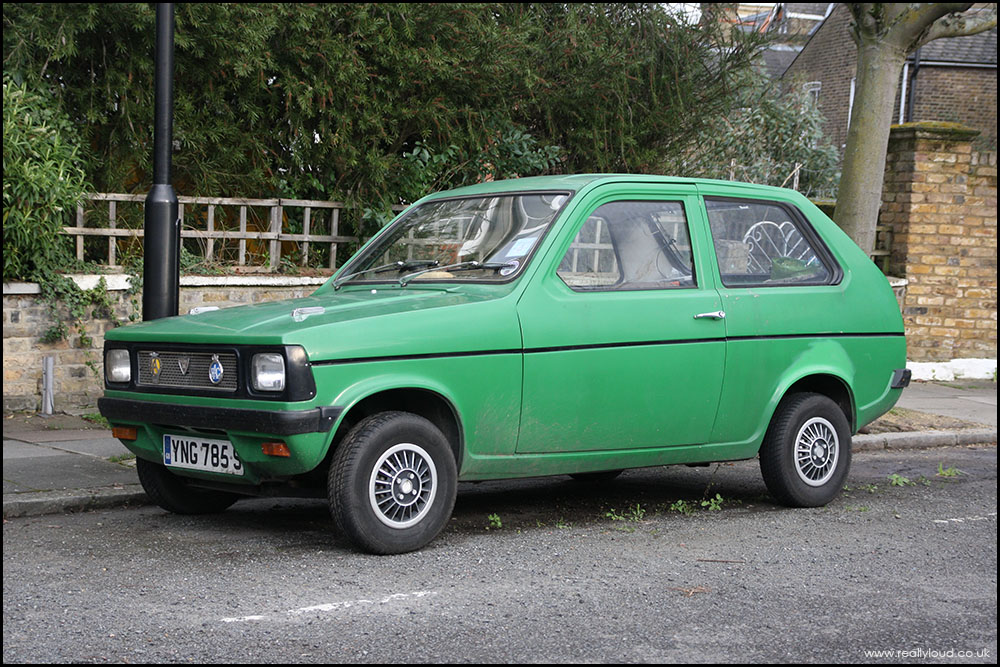 The four wheeled Kitten struggled for sales, but the Robin flourished. Partly due to the demand for cheap to run cars during the fuel crisis, the Ogle penned design gave it a distinctive shape and provided a generation of material for lazy comedians. Top Gear included. 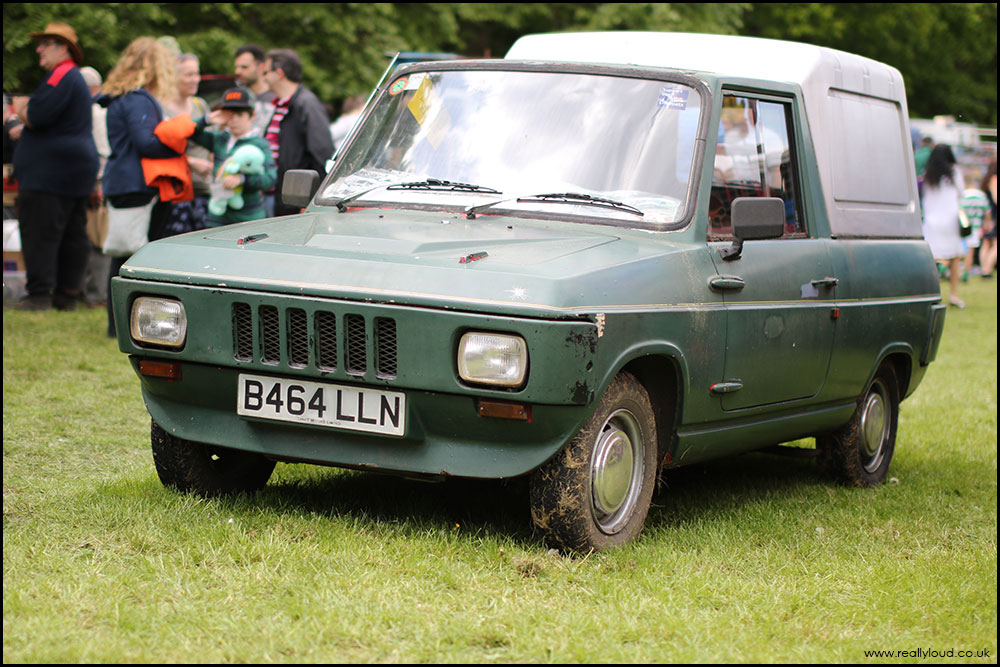 The Kitten stopped production in 1982, and not directly replaced although the utility only Reliant Fox maintained a 4 wheeled presence for the smaller Reliants. 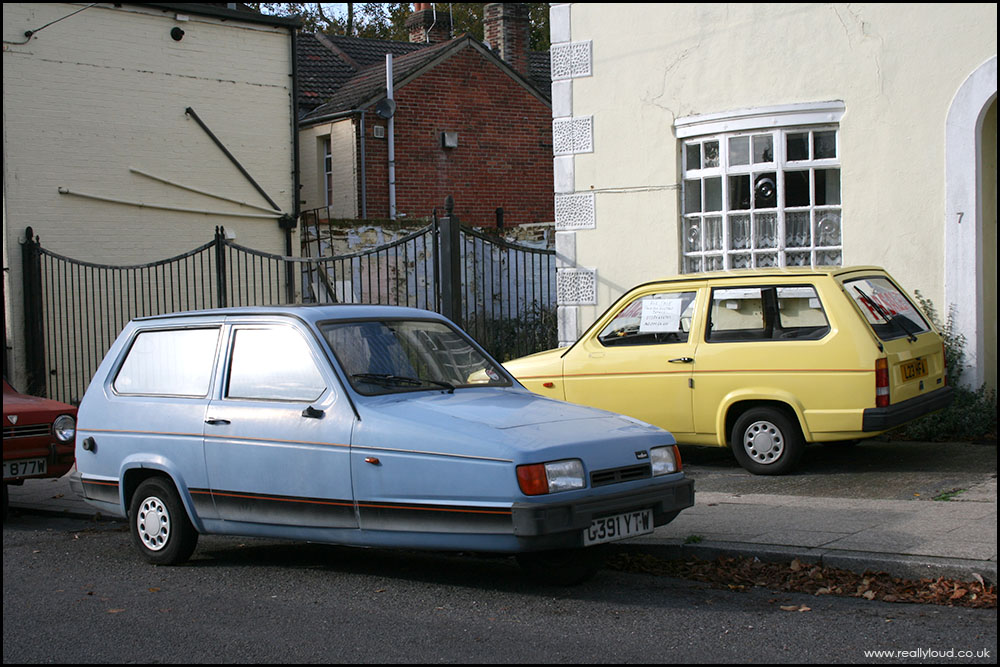 The Robin became the Rialto in the same year. Better and faster than ever, the last 3 wheeled car to leave the Tamworth factory was in 2002. 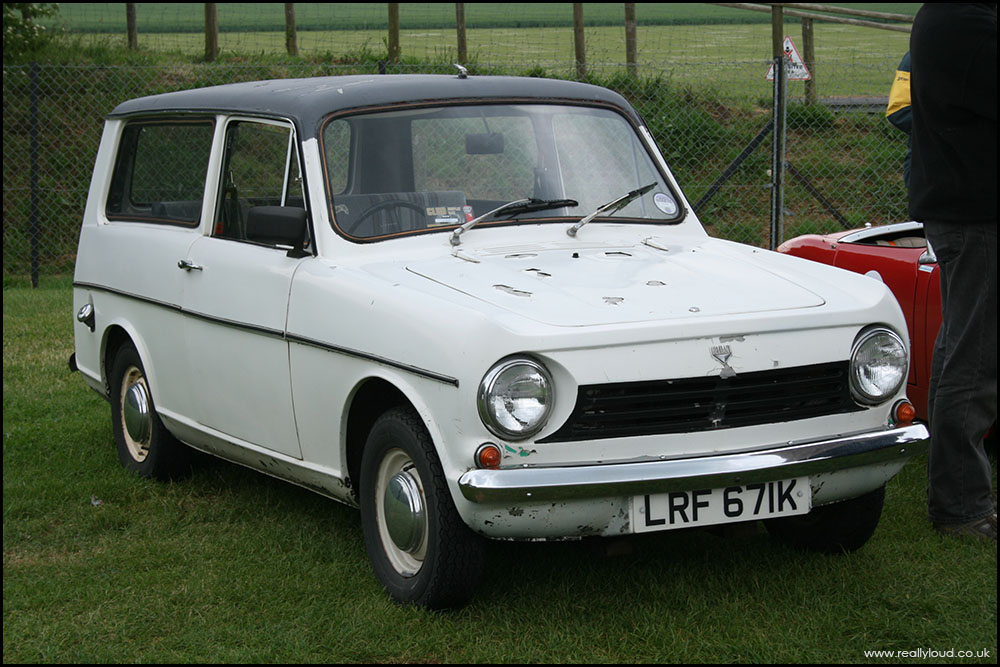 Estate version to compliment the saloons was also a regular option. Starting with the Reliant Rebel Estate with a side mounted open door. 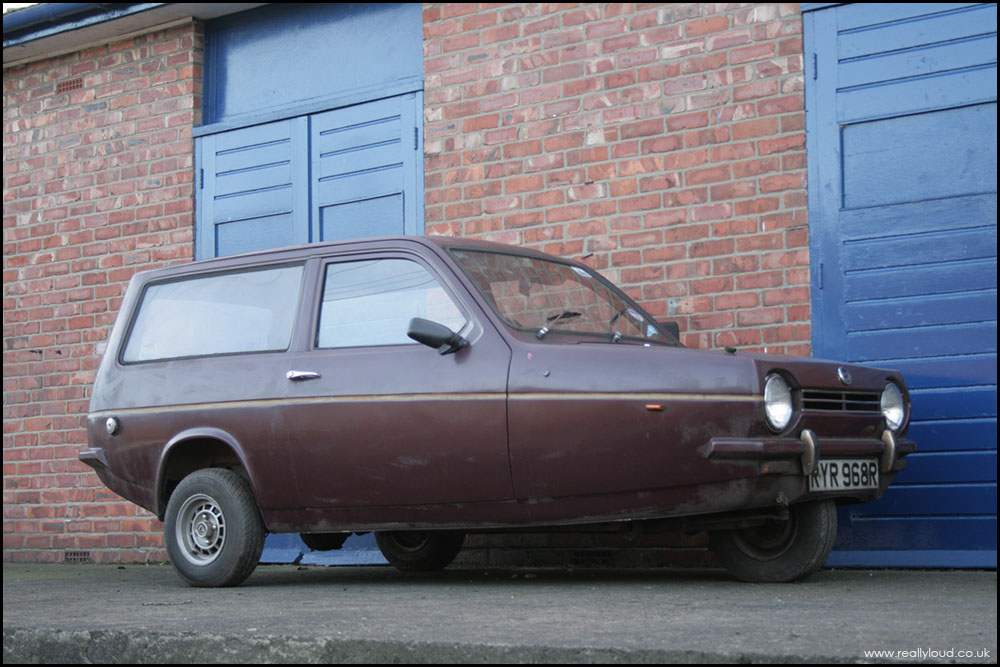 Reliant Robin Estate. The extra space at the back were considered a useful sales advantage. 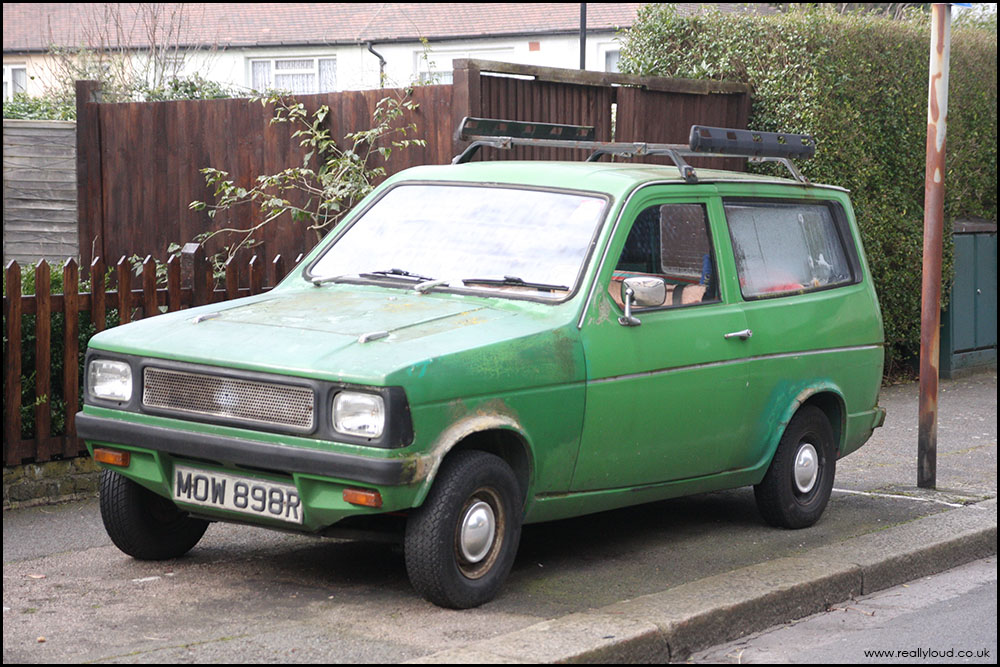 Reliant Kitten Estate. The four-wheel models gone into the act too. 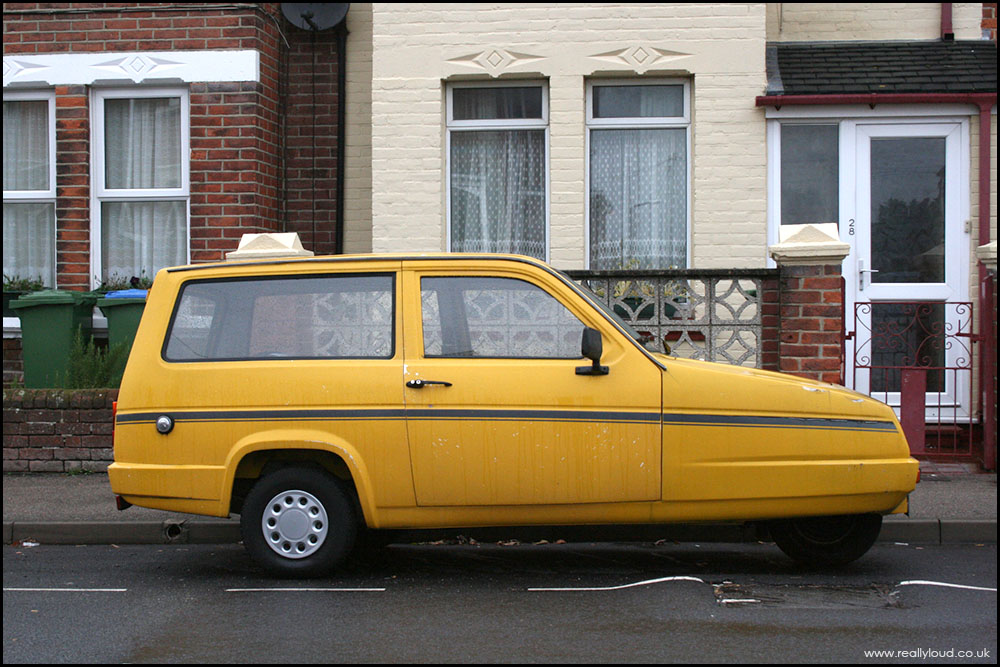