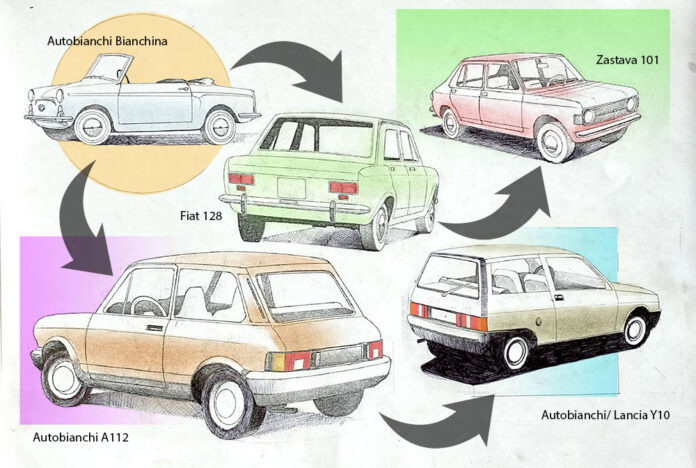 An excuse to doodle more than anything but car connections have always fascinated me and how certain models develop from a single idea. I started doodling a Fiat 128 and decided to connect it to four other cars. 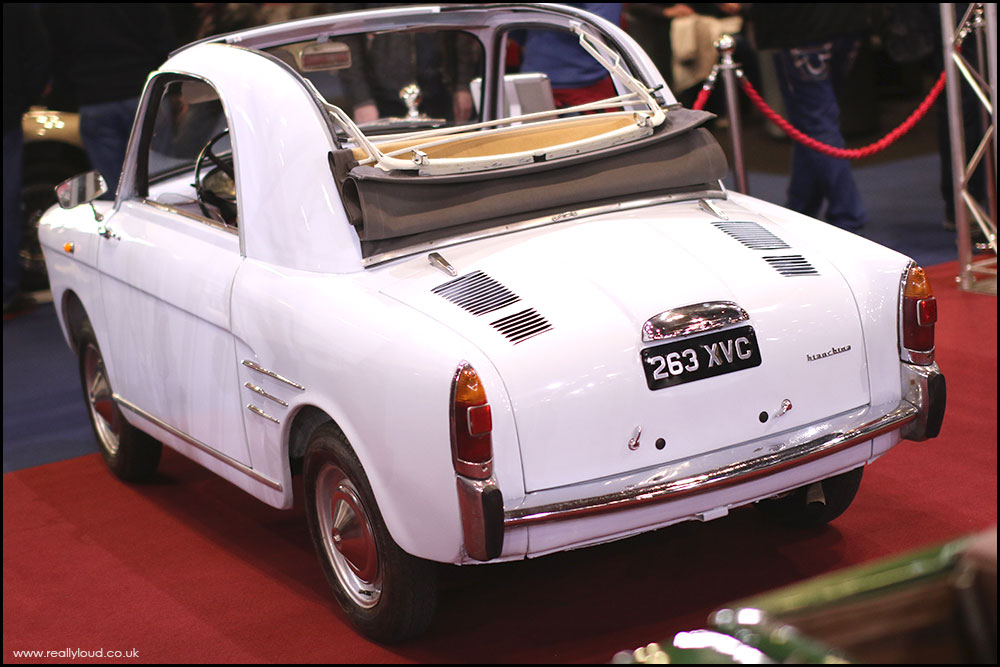 Fiat used Autobianchi as a technical base for many of their models, and the favour was reciprocated when Fiat utilised Autobianchi Primula as a testbed for their FWD platform. 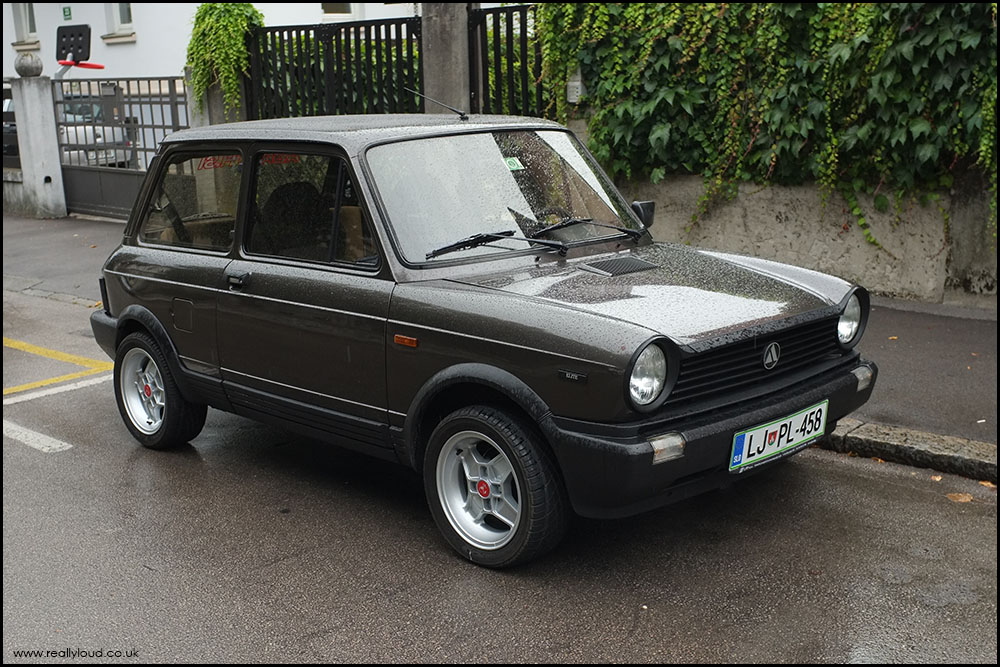 The earlier and smaller Bianchina owed more to the RWD rear-engined 500, but the brand soon became synonymous with the FWD format when it introduced the A112 in 1969. 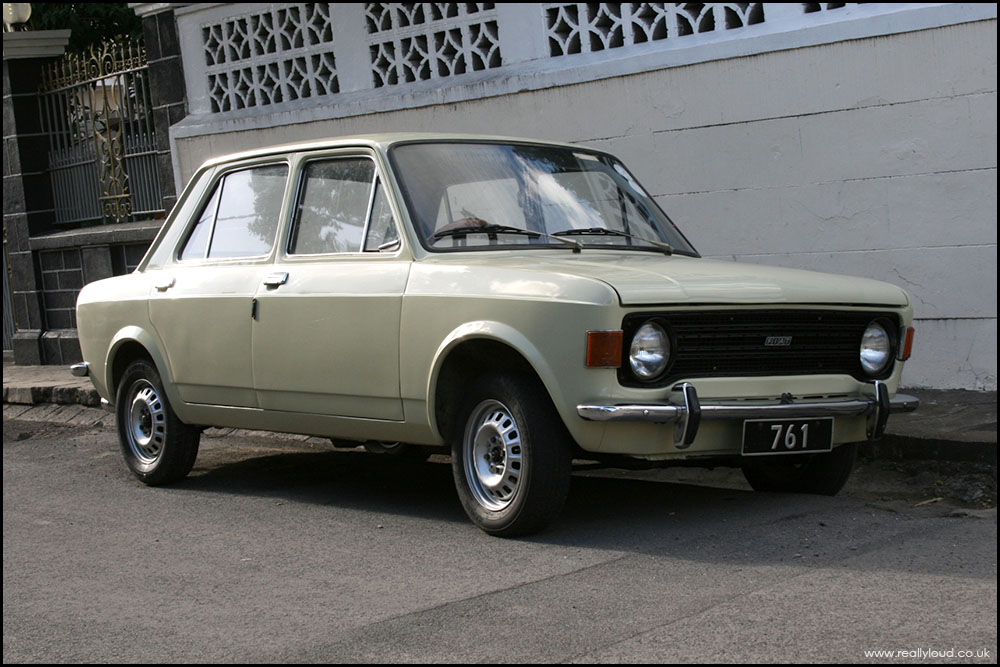 The 128 hit the market in the same year and focused the Italian motor industry as a figurehead for both innovation and driver appeal. 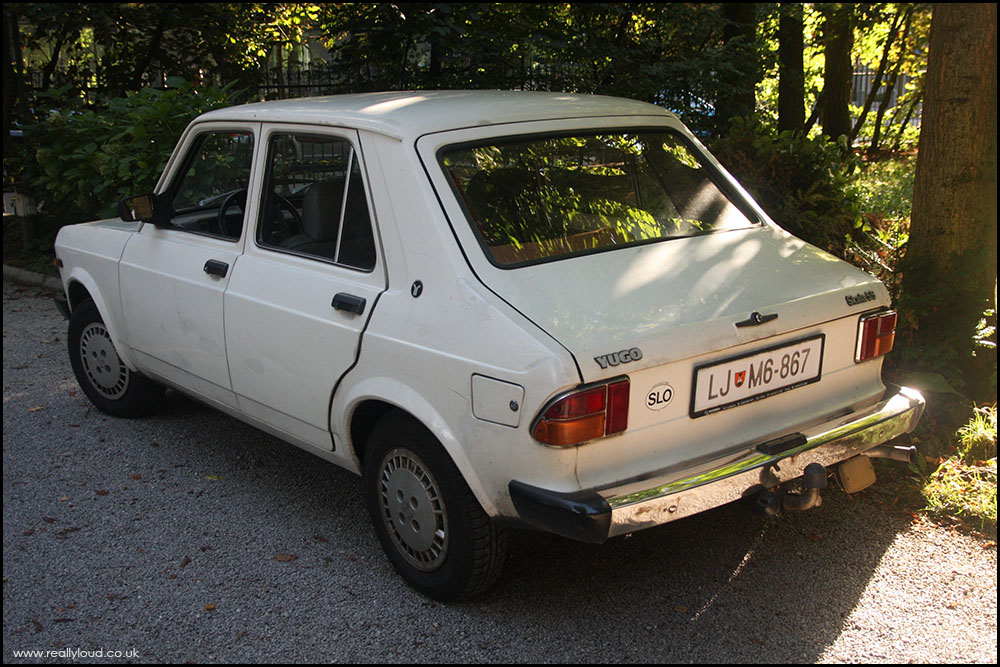 The Fiat offered momentum to several other manufacturers across the world, including Zastava, who used the basic design to create their 101/Scala range. 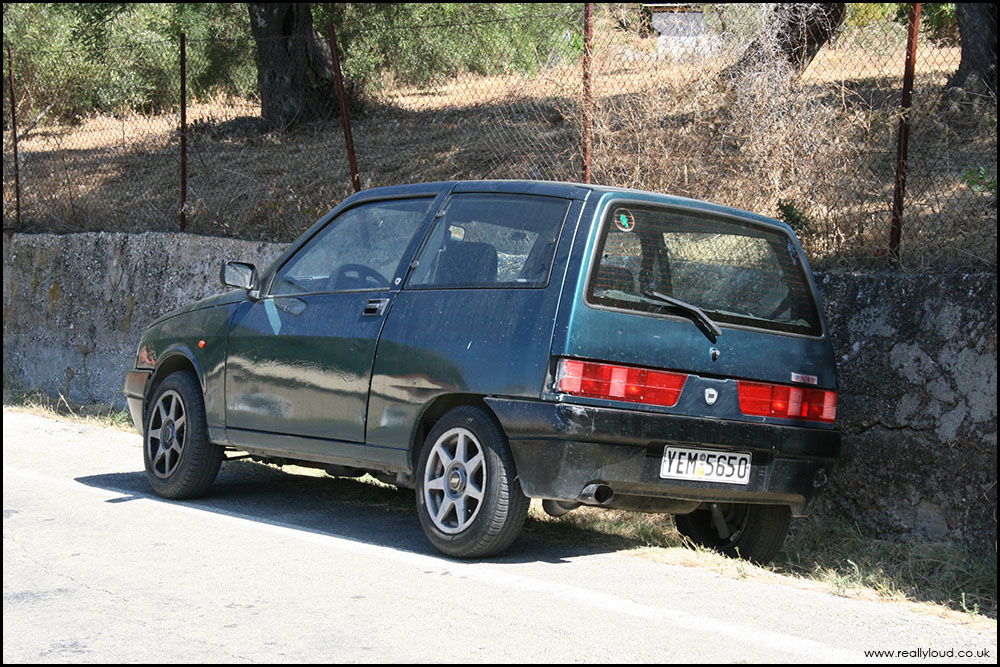 Meanwhile, Autobianchi was forging further links into export markets by producing an angular but influential city car called the Y10. Exported as a Lancia, where it has always been at odds with the rest of Lancia range, the car was also seen as a testbed for the later Fiat Cinquecento.