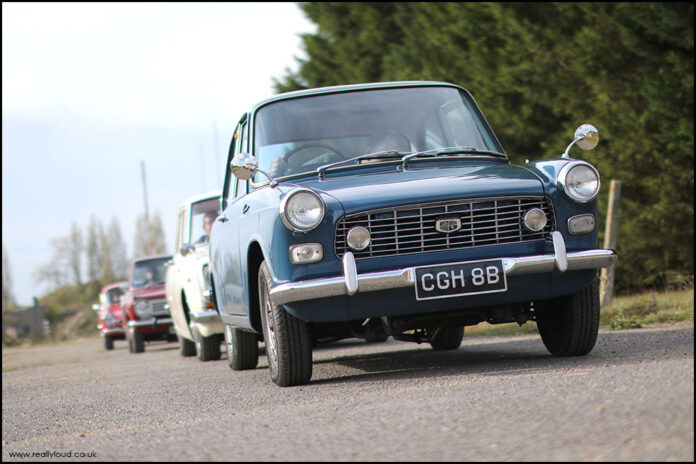 The first-ever Japanese car to be price-listed in the UK was a Daihatsu, having beaten Toyota to these shores by a year. This car was imported as press demonstrator in the autumn of 1964 and is a rather conventional machine with a separate chassis and torsion bar front suspension. It certainly didn’t offer any clues of the potential for Japanese cars to succeed in the UK, but the inclusion of a radio, tool kit, electric clock and decent build quality showed the intent. The brochure states that it was available as a 2 and 4 door saloon, a 3 door estate and intriguingly a cabriolet – one of which is said to still exist. Its success could have been hampered by the fact that the concessionaires where actually photographic processing specialists, Dufay Chromex who set up a distributor network following the first import in 1965. It is thought that just eight cars were sold, a pitiful number – almost certainly due to Dufay’s inability to import and market cars. The Compagno high price probably didn’t help its cause much and the brand disappeared from the UK market sometime in 1968, the same year Toyota took over the company. Daihatsu was reintroduced to the UK in 1978, this time under a more organised set-up, starting with the Daihatsu 55 Wide (Hijet) Kei-van. 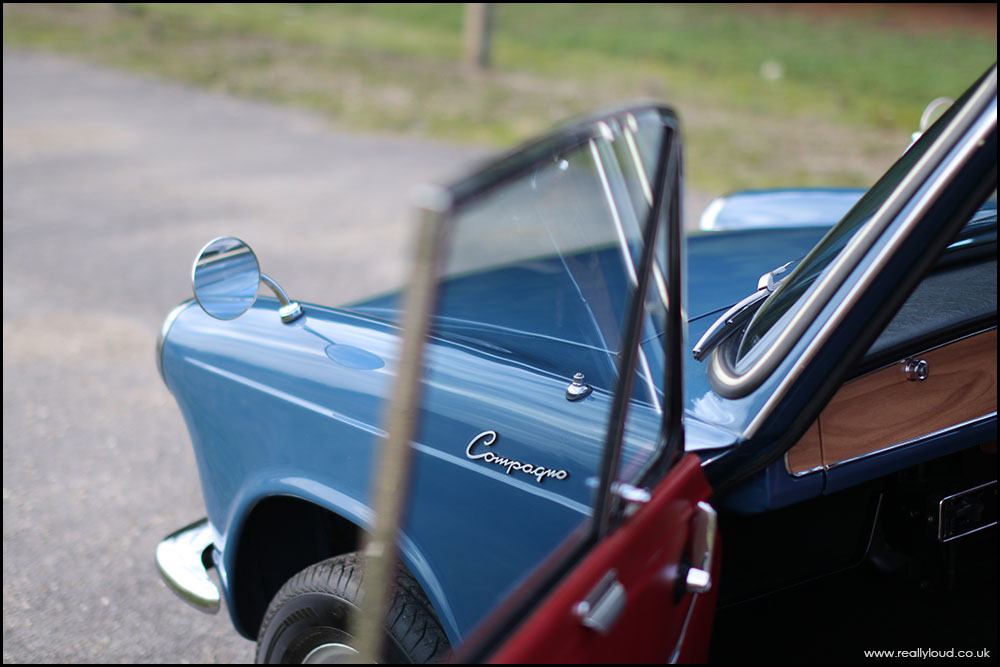 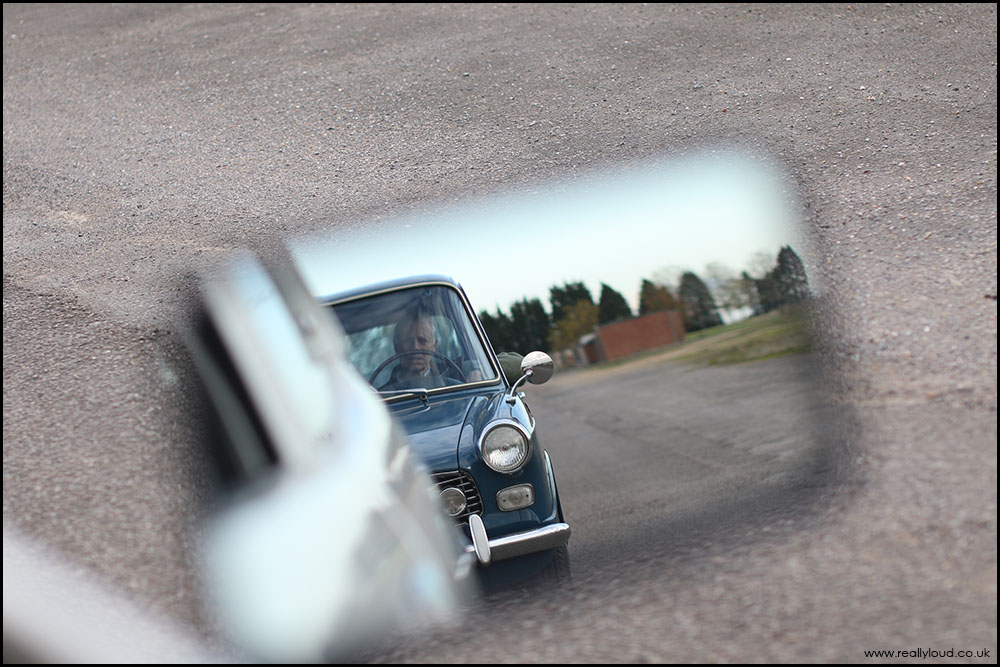 Loaded up with many standard features that were generally optional on homegrown cars, many Japanese cars sold on virtues of value. 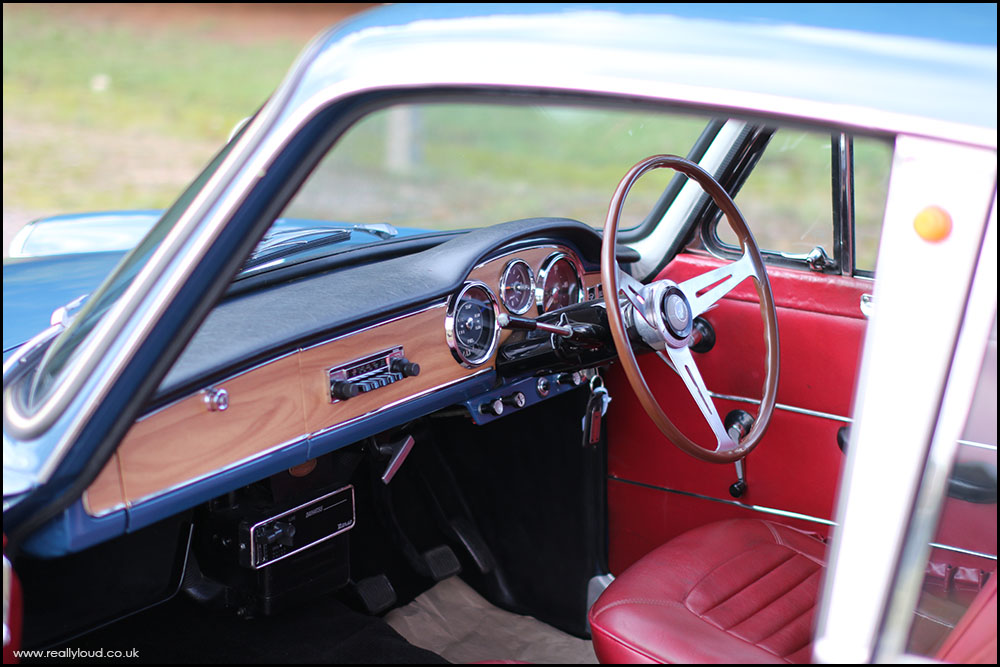 A lot of thought had gone into the interior design of the Compagno, it seems a shame that so few was sold in the UK. 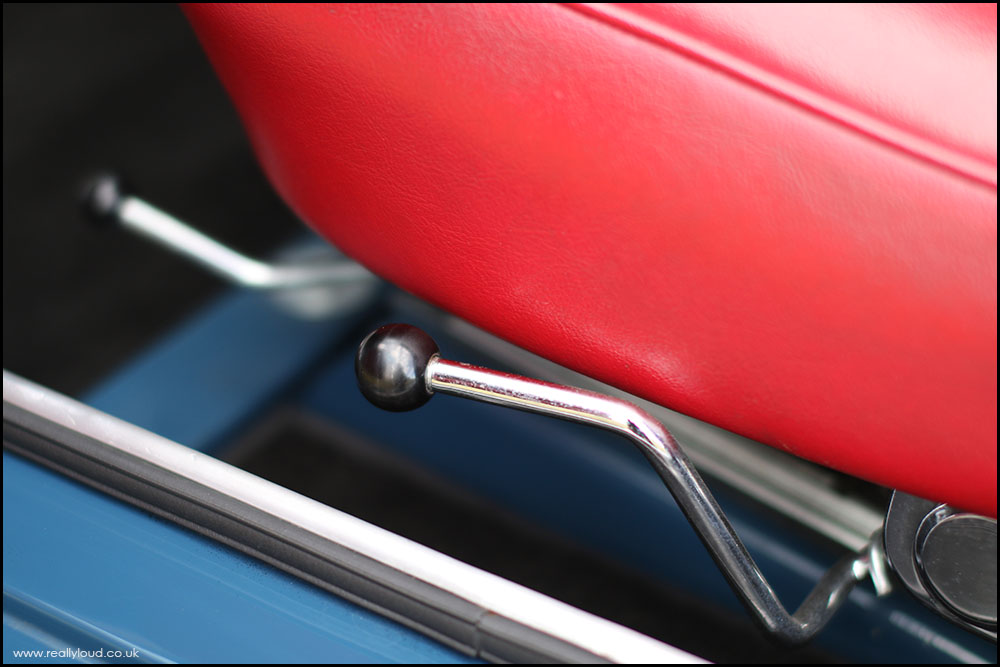 Detailing with ergonomics and aesthetics was one of the many traits that the Japanese learned about selling their products to Europe. 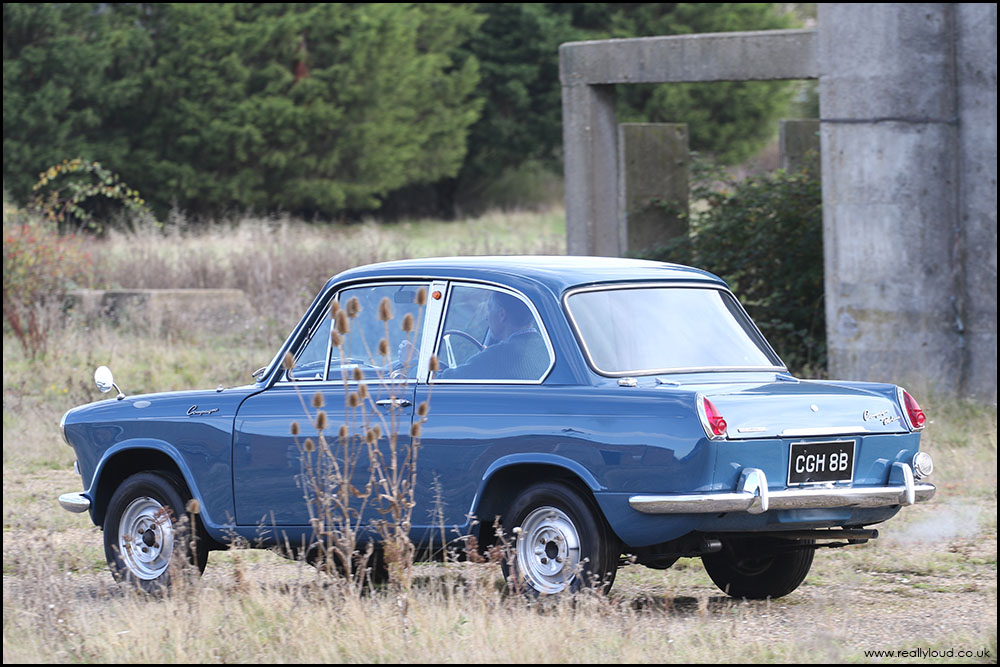 Targeted at the small car market, its overall styling is conventional for the era. Hubcaps are standard but removed for the purpose of its moving photoshoot. 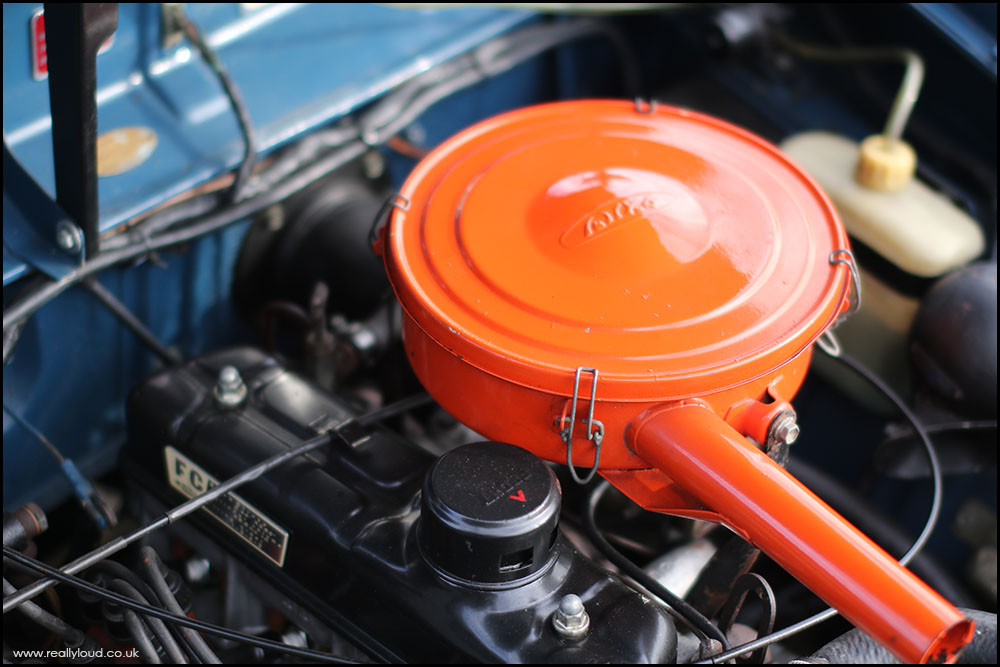 Engineering was another Japanese strong point, they quickly become known for reliability which was the key element to their global success. 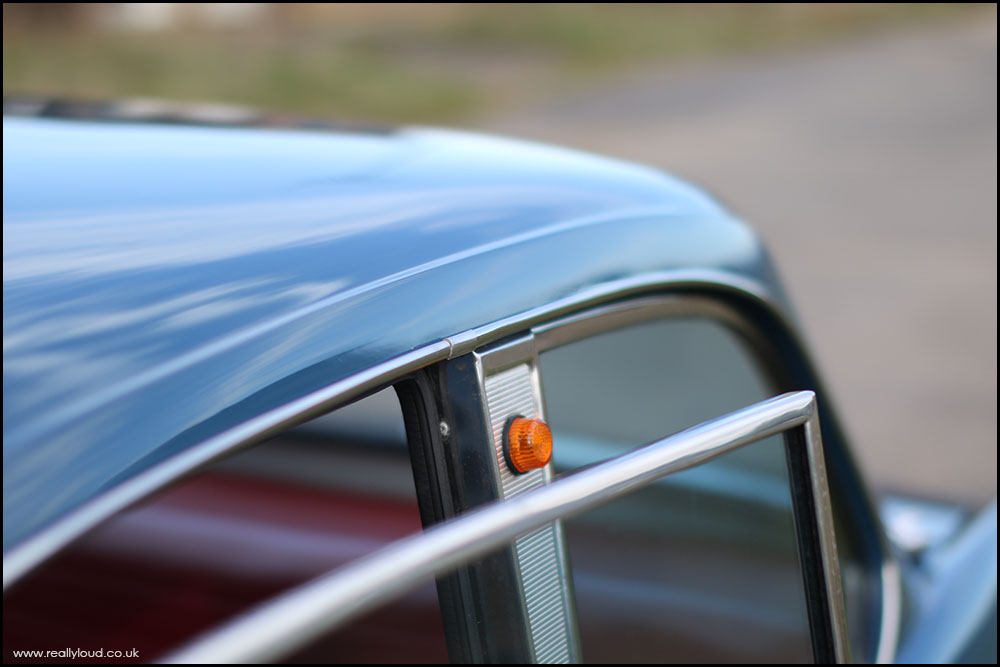 The quality of fit and excellent finishing was all part of the Japanese car experience. Initially, customers were worried about a lack of parts, but this was quickly resolved. 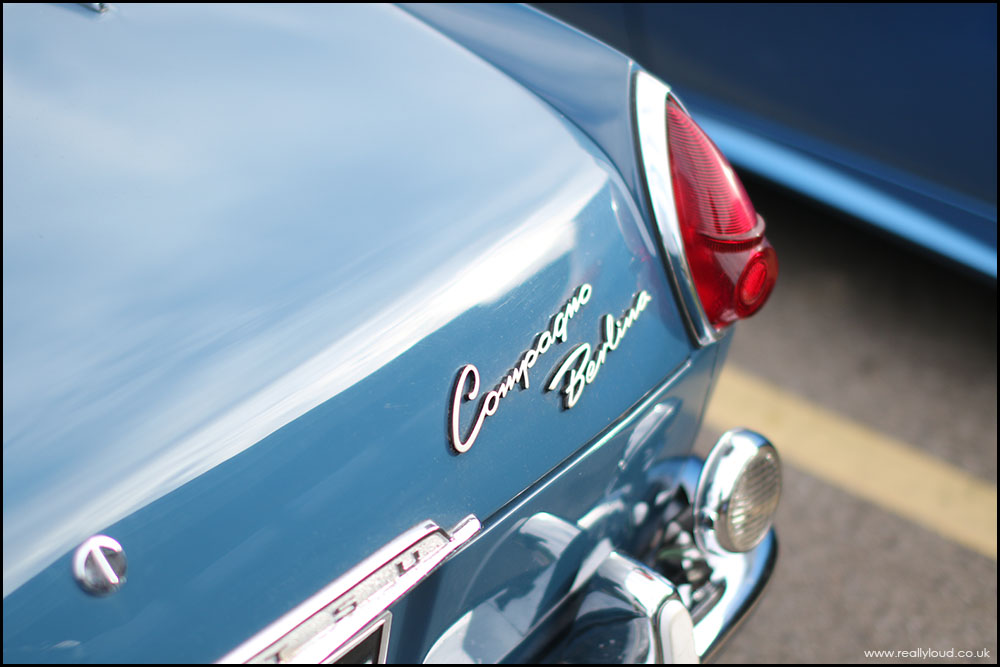 All three body shapes of the Compagno were imported, but as numbers didn’t even exceed double figures, no one even noticed! 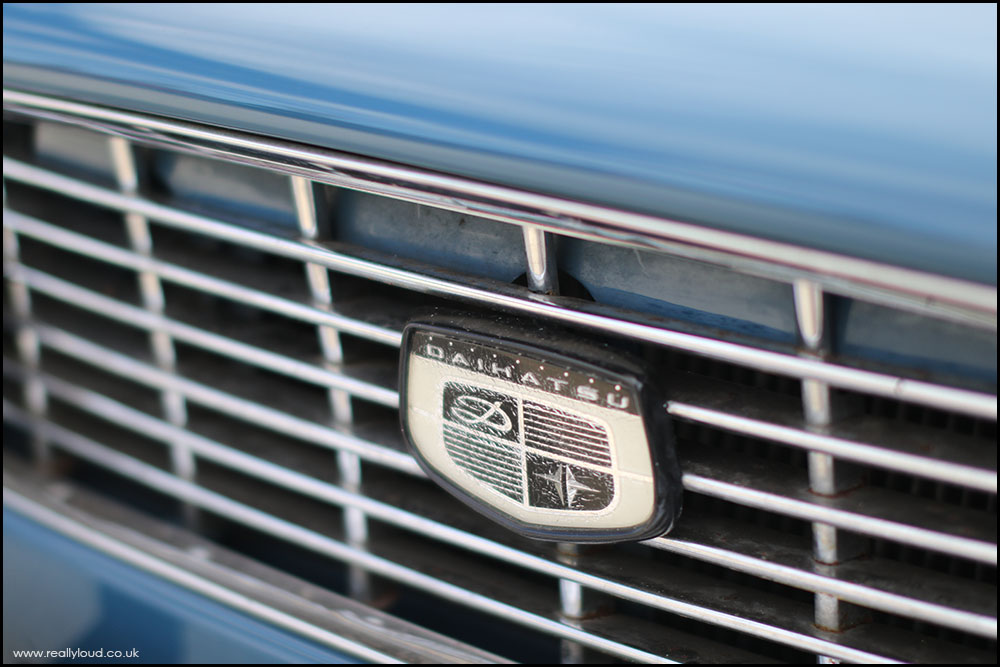 A composite of symbols vaguely reminiscent of the BMW chequers was not commonly known. The brand resorted to a more obvious D logo for their late models. 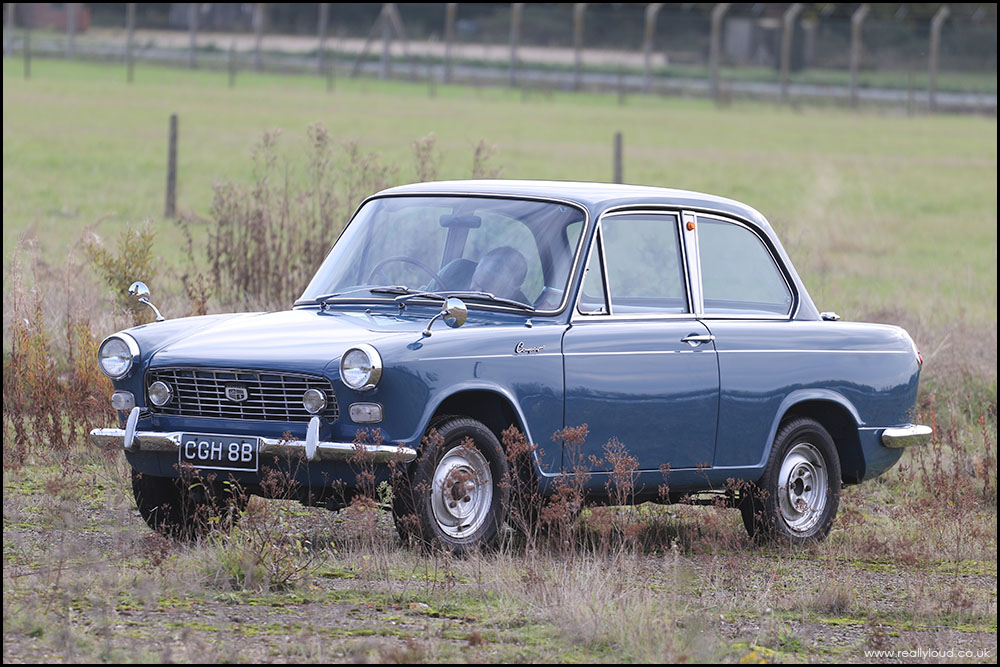 Daihatsu had to wait until the ’80s for any semblance of success in Europe, the brand was taken over by Toyota in the late ’60s and many cars eventually shared parts. The brand pulled out of the UK in 2013.