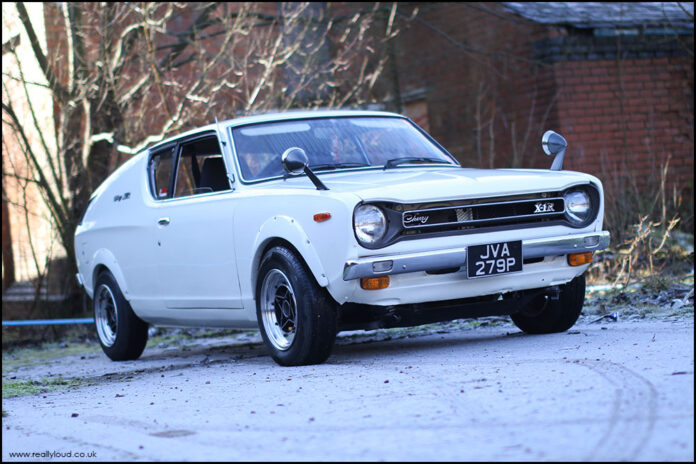 Captured very early in 2020, prior to the 1st lockdown, an imaginative train of thought entered @grosvenorgibbs mind when he bought a tatty Datsun 120A several years ago. The process of converting the car into an X-1R replica stems from his interest and passion of the JDM only versions which are highly regarded in Japan thanks to its racing pedigree.

The donor car was one of less than 2,500 imported into the UK in between 1973 and 1975. Fitted with the hardy A Series 1.2-litre engine from the Sunny but mounted transversely with a specially mounted gearbox for its FWD application. The 120A (also known as the Cherry in Japan) struggled to sell in the UK, as it was priced very closely to the far more successful 120Y coupe. It was certainly more fun to drive than the ponderous Sunny and would have appealed to the more ambitious driver but as very few were road-tested by the press at the time, opinion will only really come from those who have driven one.

Dale spent an extraordinary amount of time restoring, researching and obtaining parts, and in some cases had to fabricate some hard to find pieces, such as the badges. Survivors of the UK spec 120A runs into the low single figures today. I owned a 1973 example about 20 years ago but happily, it’s close to being put back on the road by its new owner, a friend of mine. At the time I knew of three other E10 coupes, so the laws of averages suggest they’re still around somewhere but this X-1R replica is unique in the UK. Dale has placed the car for sale, so tap him up if you are serious. As fitting for something so rare and unique expect a strong asking price – after all where else would you find one now? 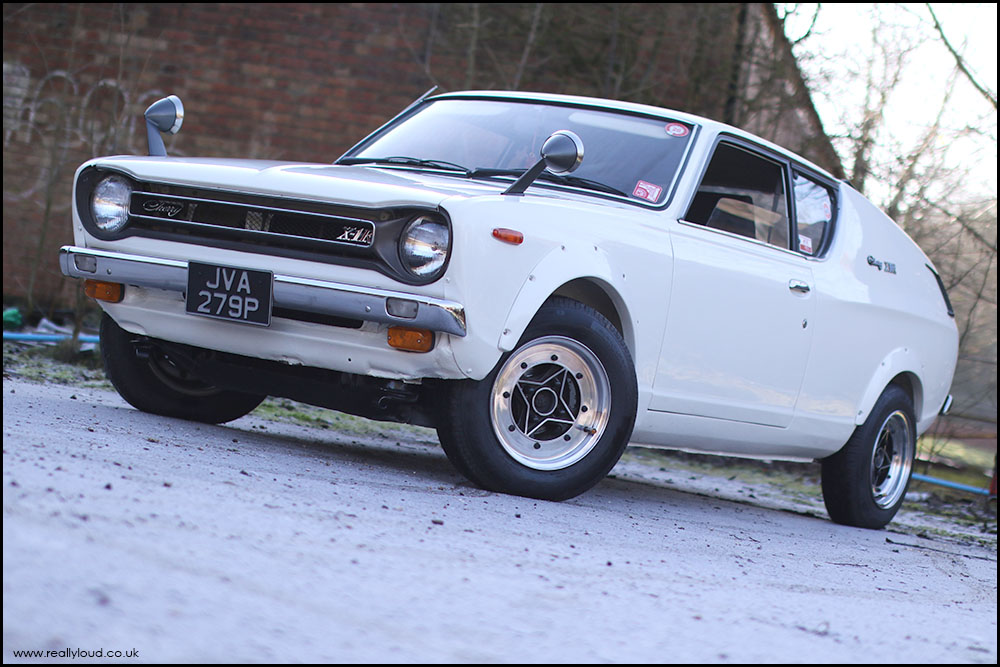 The fastback body 120A was sold in the UK with the bigger 1171cc engine, which was not available in European spec Cherrys. 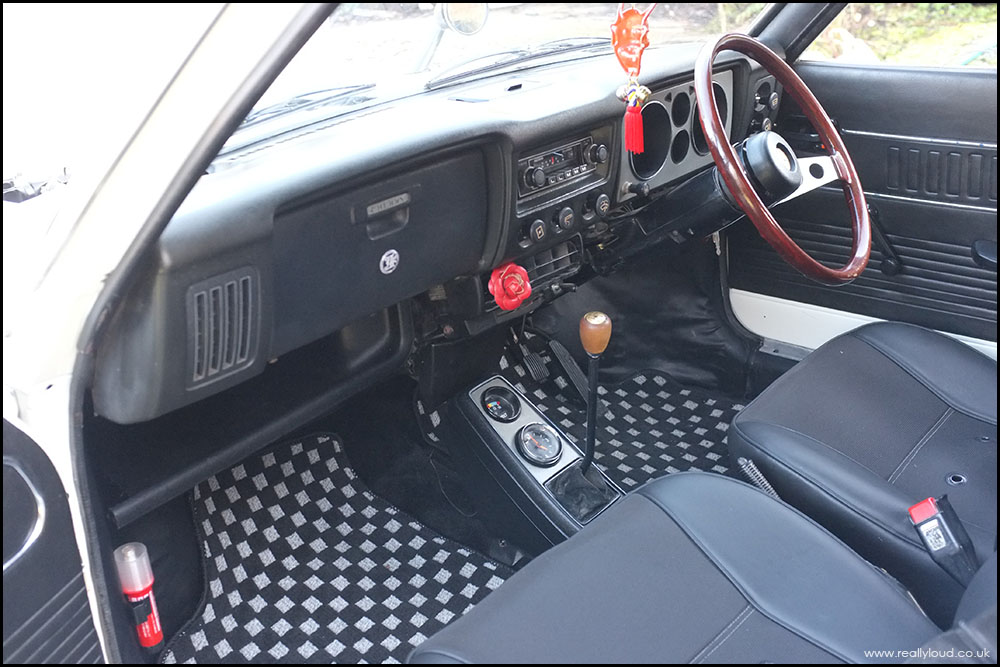 This version is a later 120A model, which has updated door trims and would have been fitted with cloth upholstery. 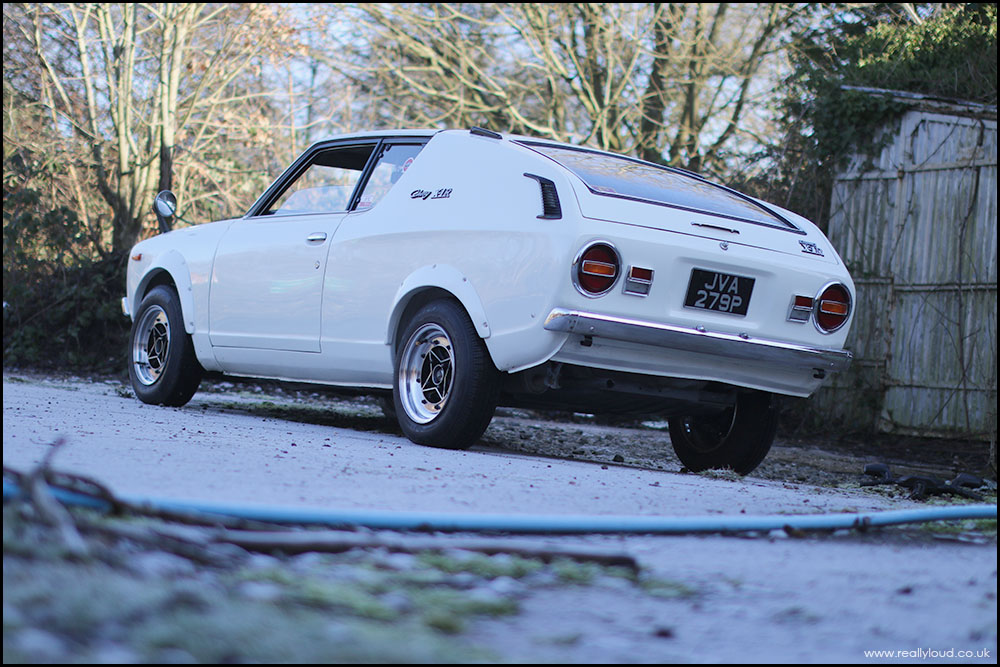 The rear lamps were also different from the later cars, this example has the earlier examples fitted. 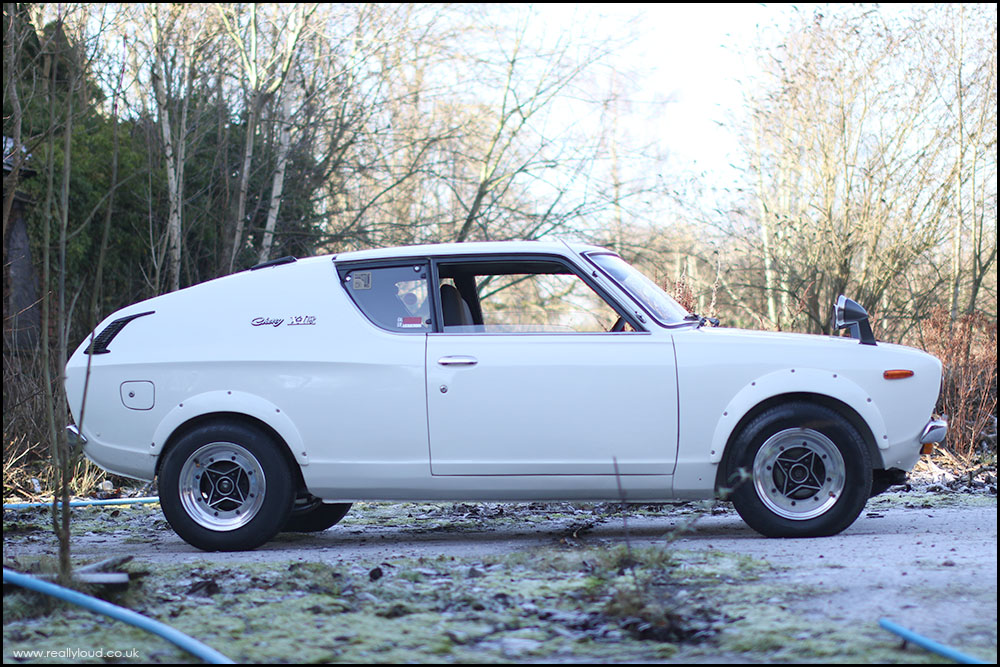 The wheel arches are aftermarket items, as the rare FWD fitment Riverside r101’s. 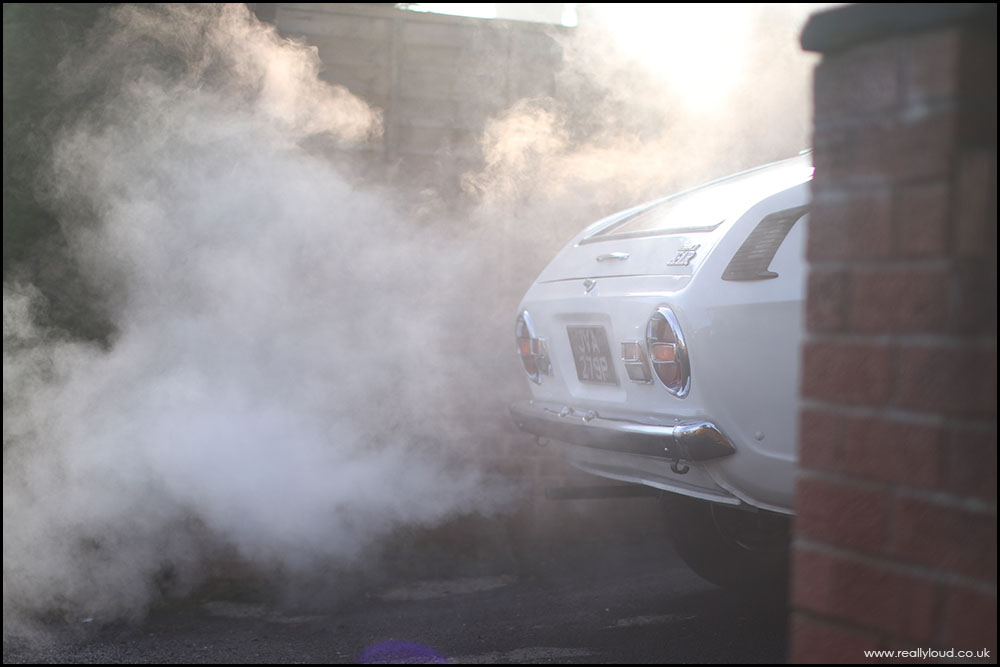 The engine started up with no issues following a cold frosty night – the reliability of the A12 engine has never been questioned. 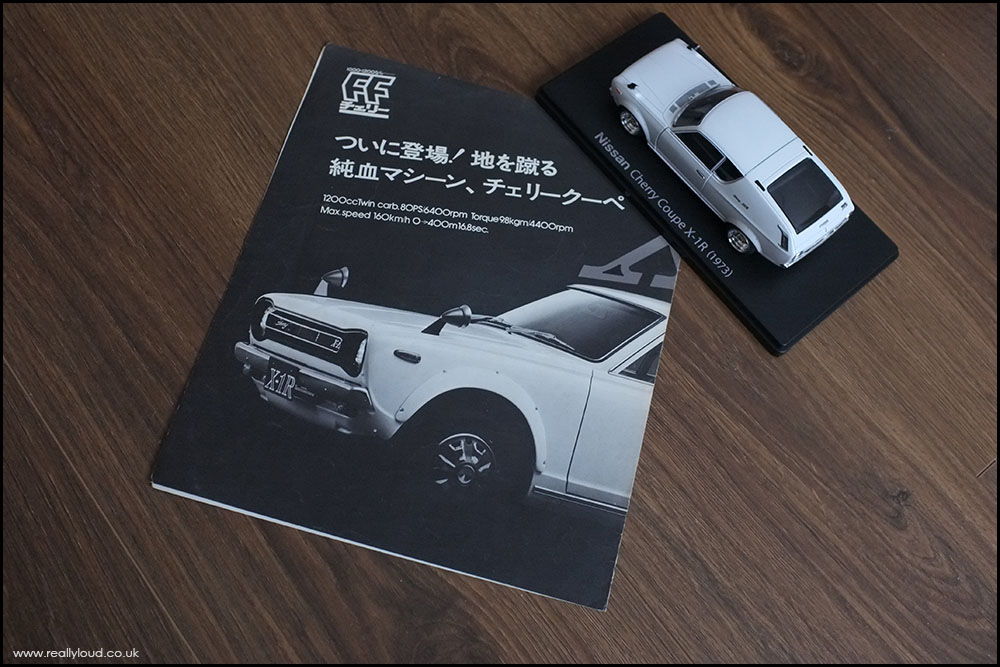 An original brochure for the X-1R with a 1/24 scale model made by Hachette is part of Dales collection of Cherry memorabilia. 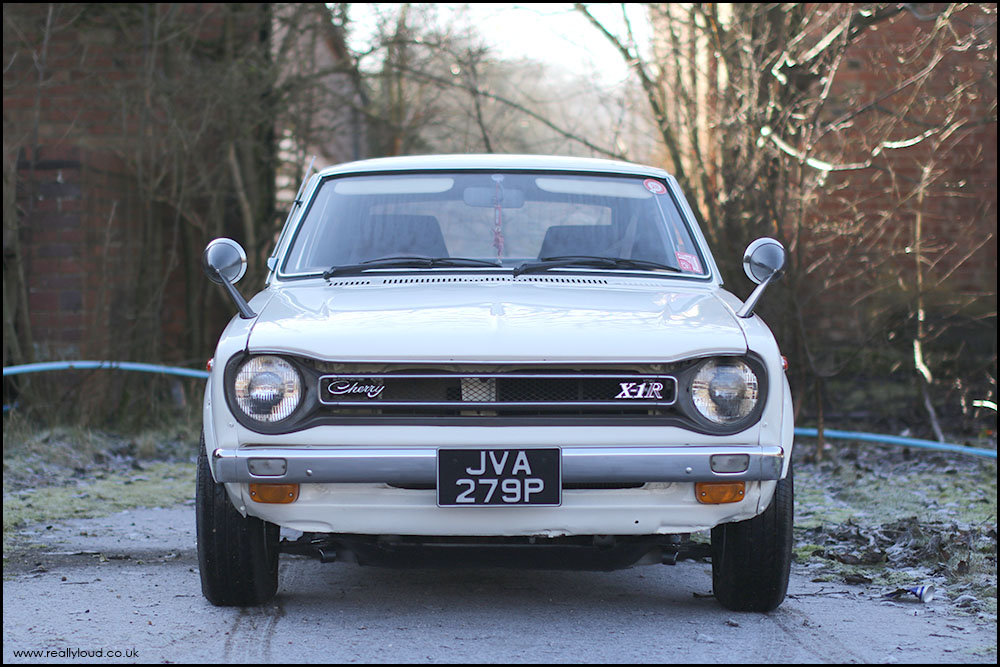 There are significant differences between the 120A export model and the higher performance X-1R models, the first notable difference is the placement of the indicators. Europe spec 100A and 120A models had large circular indicators mounted on the grill. 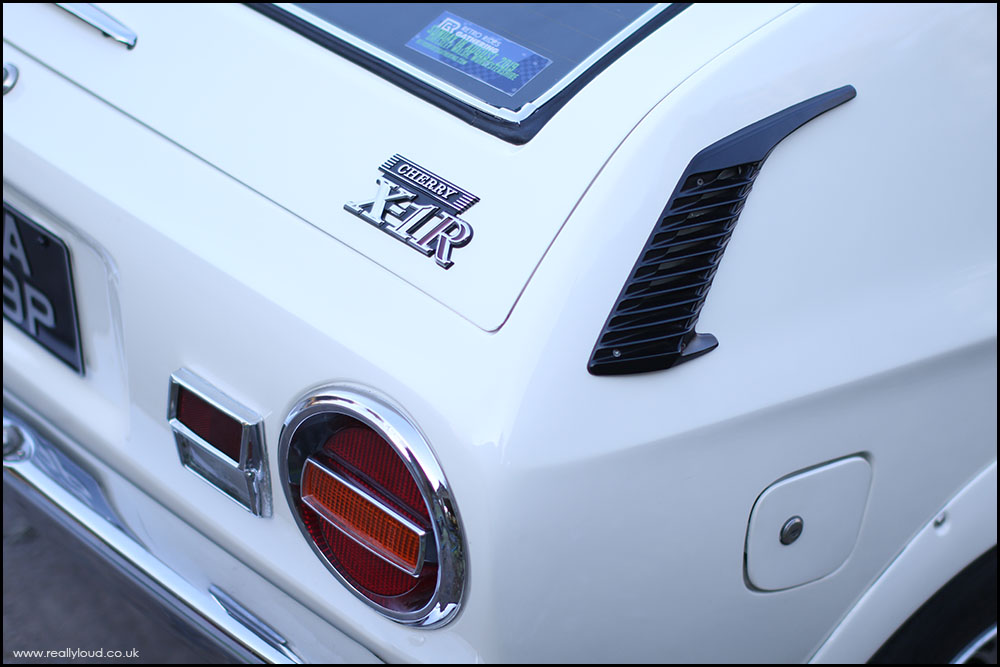 The replica badges have since been replaced by NOS items, one of several parts that are hard to find today. 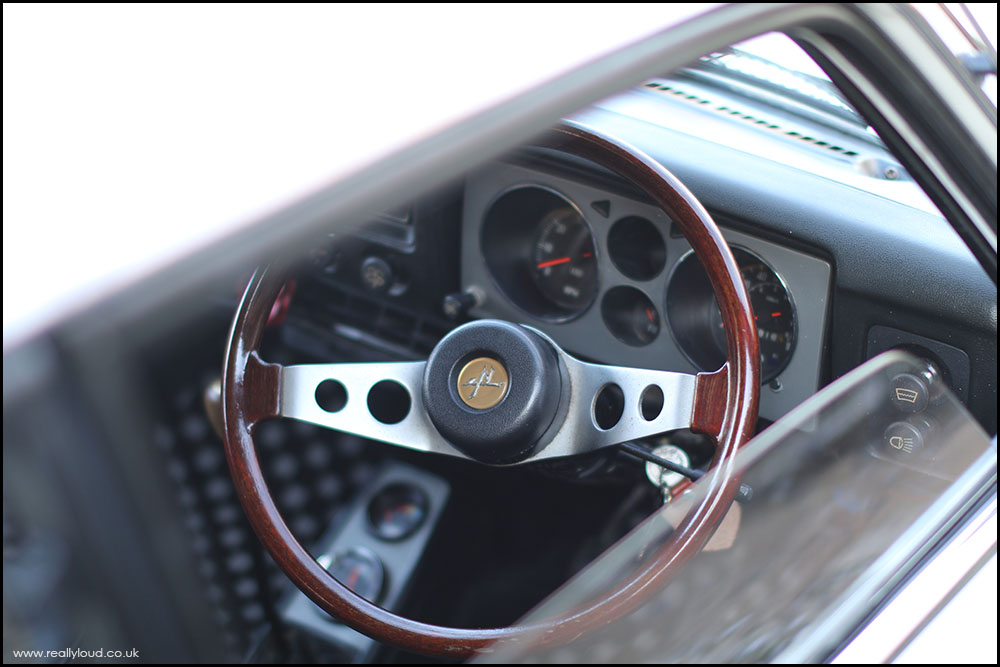 Another highly prized item is the original wood Nissan sports wheel. It was offered as an option for the model. 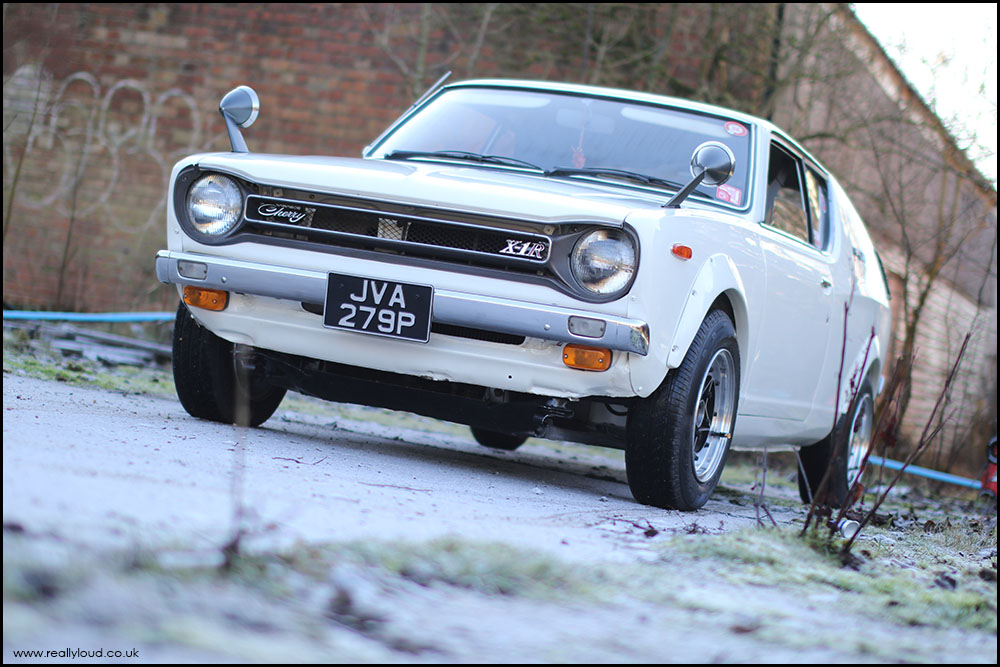 Detailing is everything on a car like this, the mirrors are the final touch to the finishing. 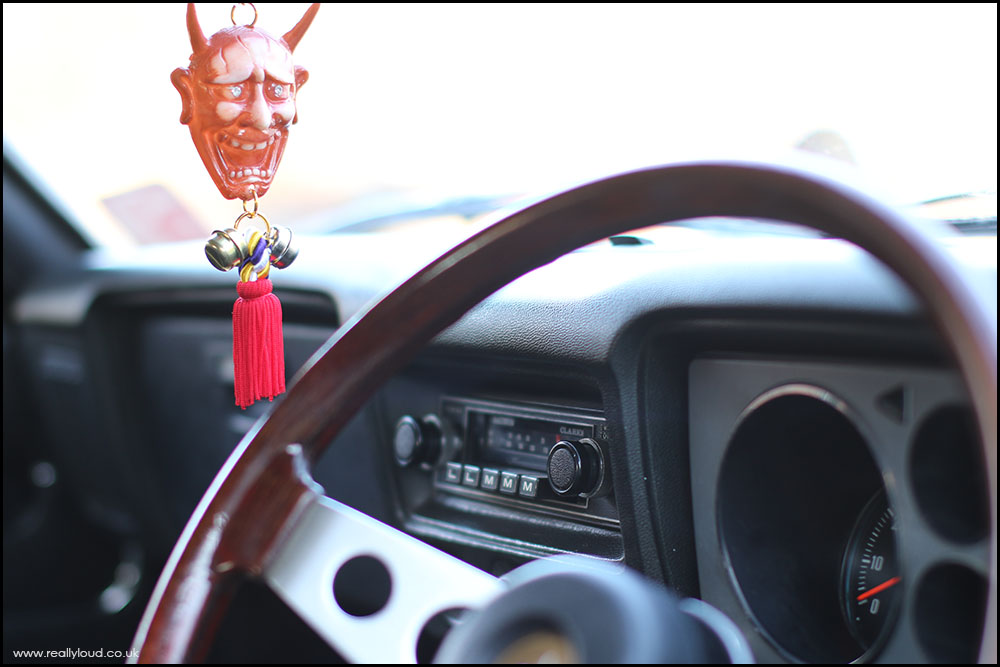 As well documented, radios were standard fitment across the Datsun range, but the 120A also included a rev counter, heated rear window and integral reversing lights. 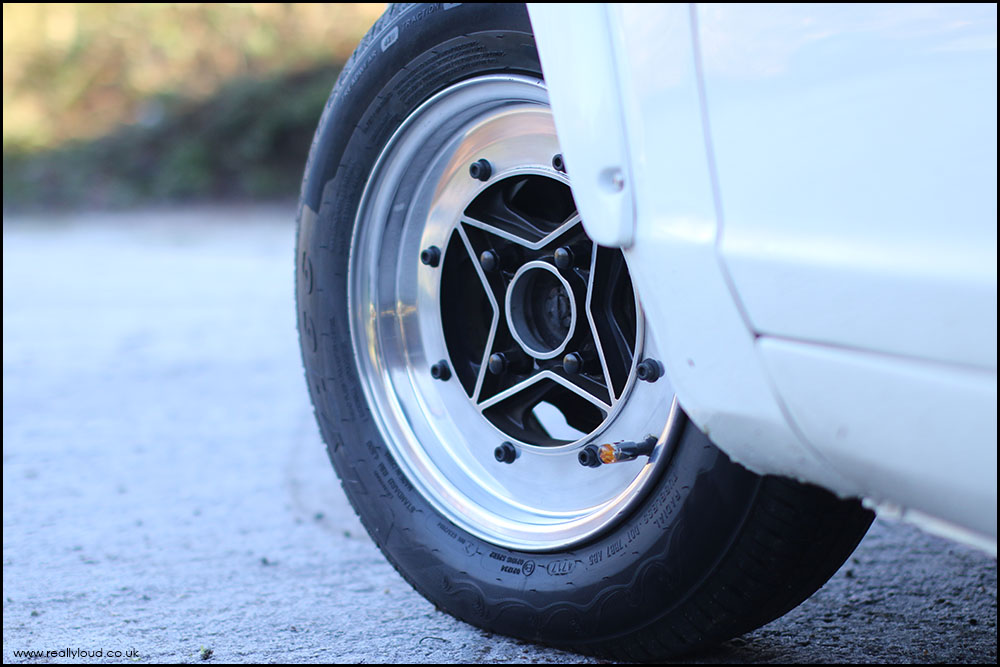 Dales car is unusual for a 70’s modified Datsun, he has chosen to retain its ride height in keeping with the original X-1R.