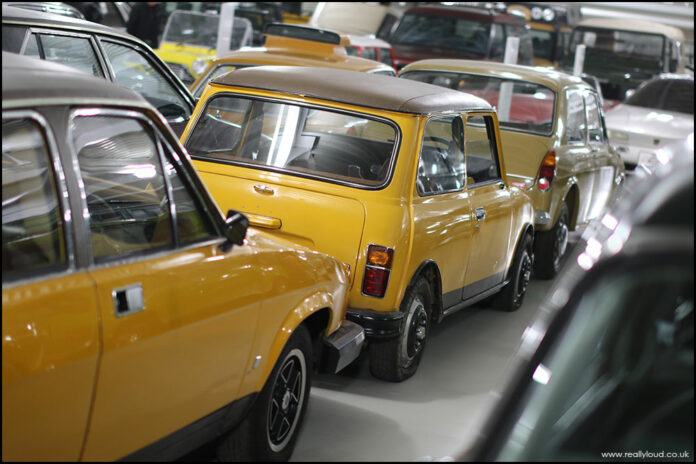 One of the many marketable aspects of a sale of a new car is the approach to safety considerations. By the 1960s, passenger safety had become a top priority, with advancements in impact ‘cages,’ as well as mechanical and interior attention, but it was the investigation into pedestrian safety that themes today’s post. What appears to be a handful of somewhat visually unappealing ideas were implemented on a batch of BL SRV cars starting in 1972. 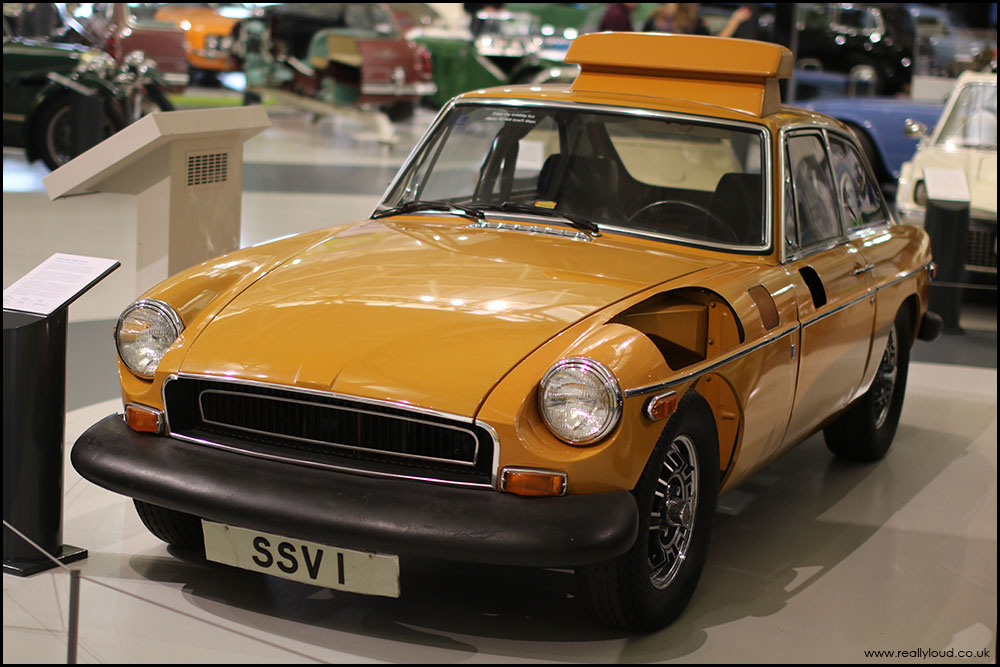 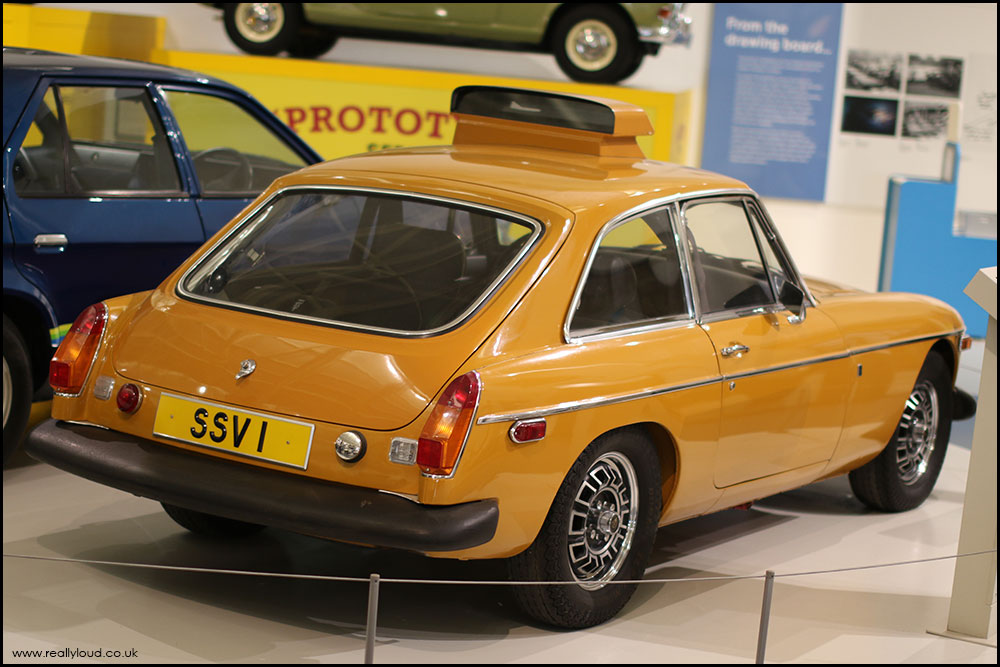 The first SRV car is the MGB based SSV1 with a sensible inclusion of airbags working in conjunction with seatbelts and anti-lock brakes. The curious elevated section on the roof housed a mirror that offers a 120-degree field of vision – a forerunner to the far more sensible rear-view camera. The bumpers were impact absorbers, although a pedestrian would not really benefit much from an encounter with the car. However, the impact safety bumper was developed further for the MGB and became a production feature in 1974. 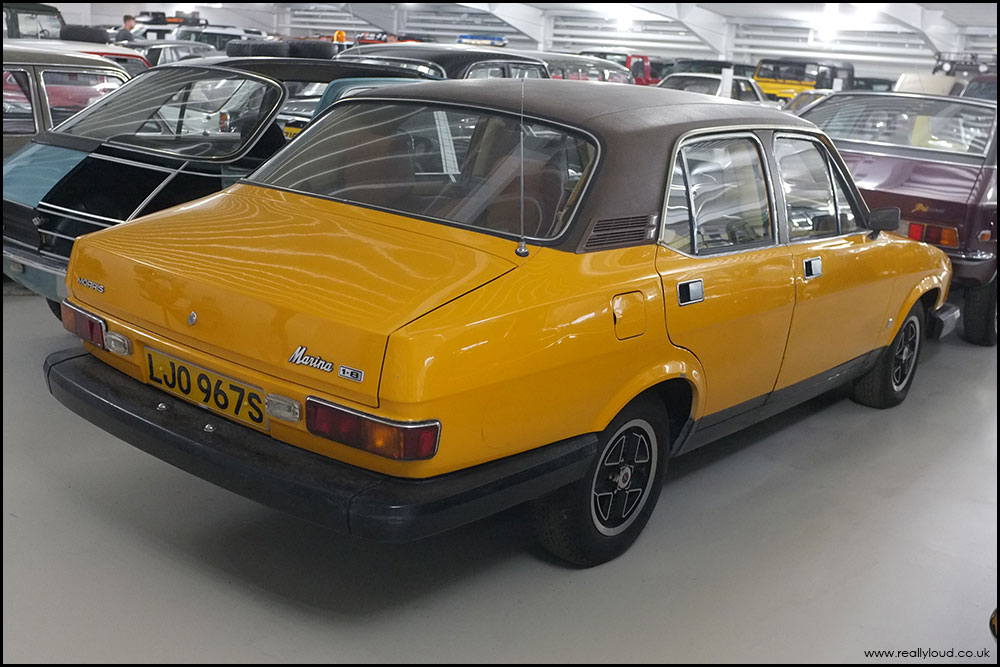 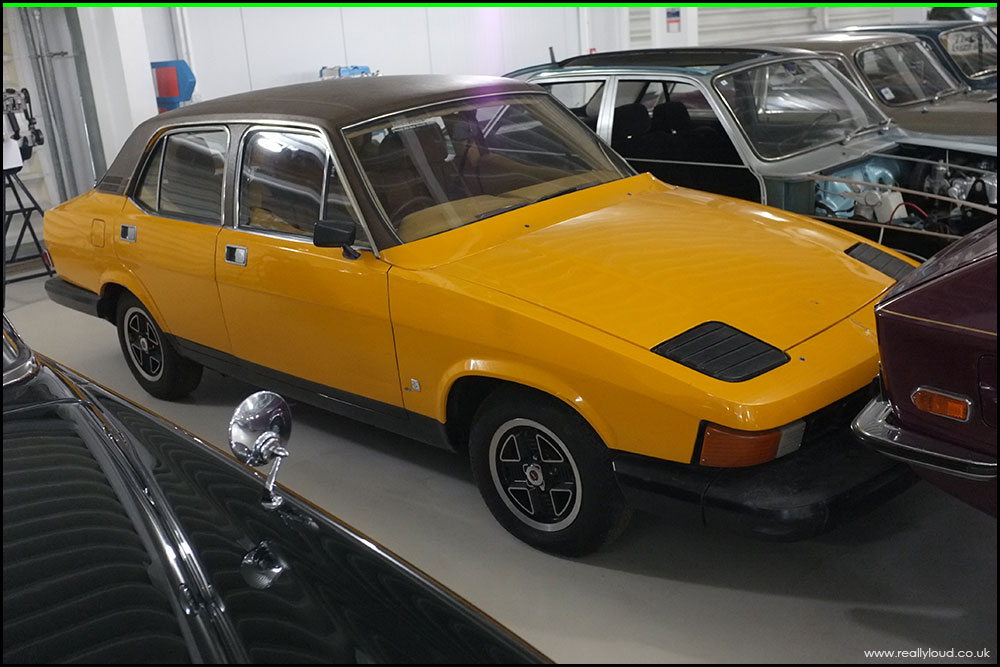 Sticking with the prominent bumper theme is the Marina SRV2. The cars main focus was to minimise the consequences of front impacts, the low nose necessitated the need for retractable headlamps but it was fairly clear that this was not particularly good for pedestrian safety. 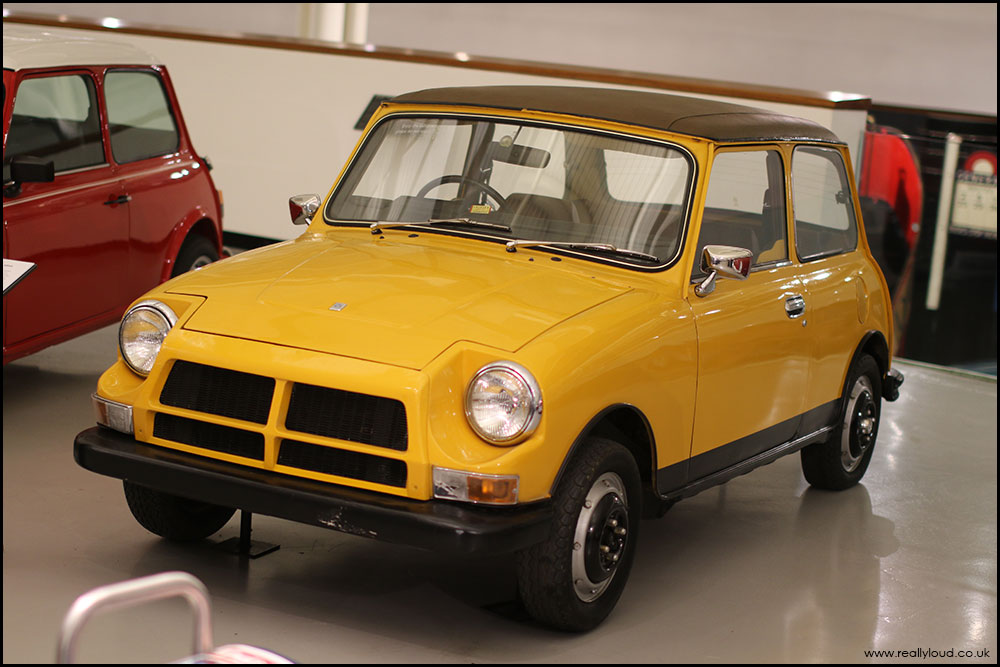 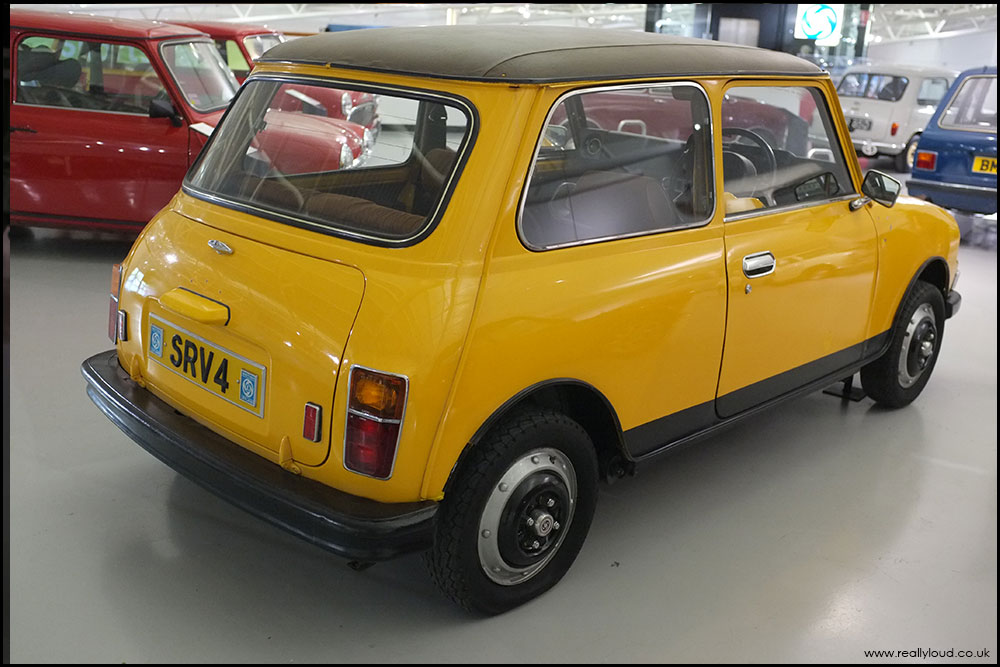 The SRV4 was based on the Mini Clubman, with a longer nose to create a greater crumple zone. Smaller details such as flush body fittings and run-flat tyres were implemented but the generous amount of interior padding was its main attribute. 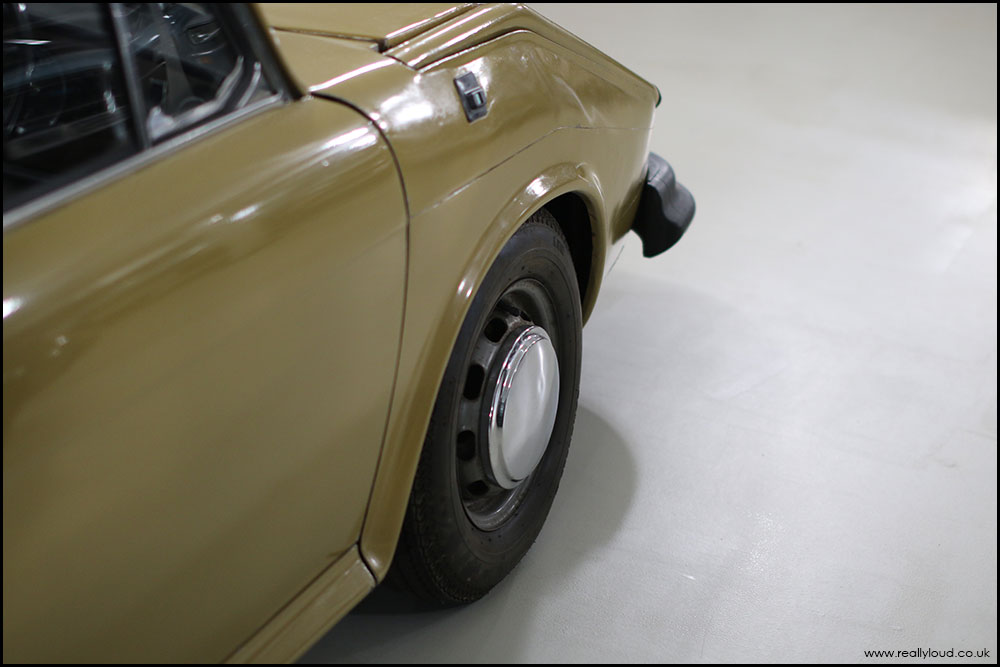 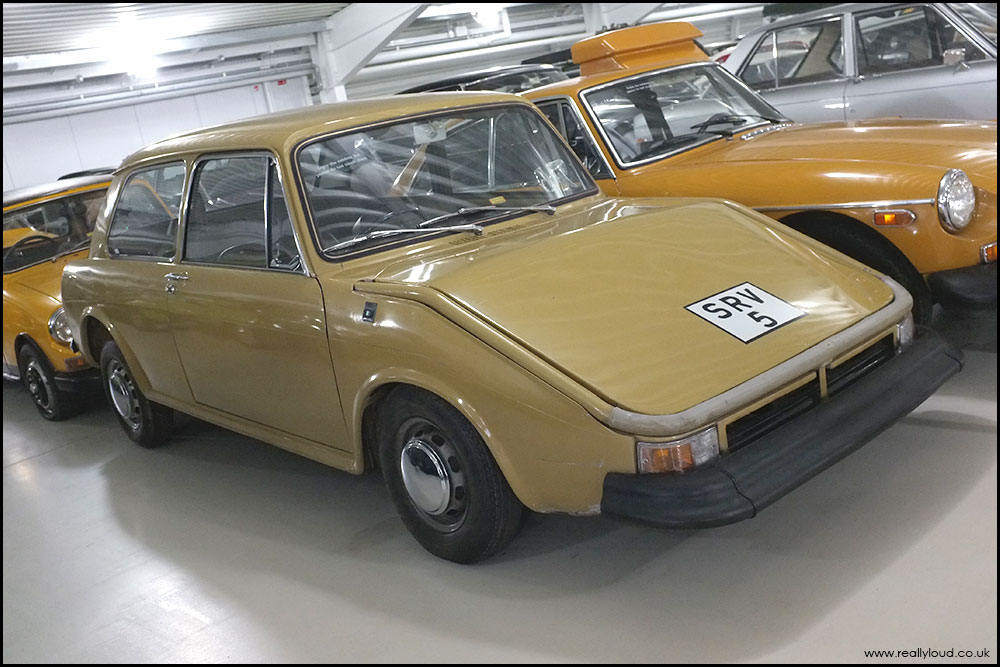 The final concept is possibly the most improbable, an ADO16 with a spring-loaded cage to catch a pedestrian upon impact. Sounding like a macabre driving game machine, there was no doubt that the cage would save the pedestrian from hitting the tarmac but it wasn’t a particularly elegant solution and it was laden with countless flaws. All these cars have been subject to restoration and are part of the collection at the British Motor Museum in Gaydon, Warwickshire. 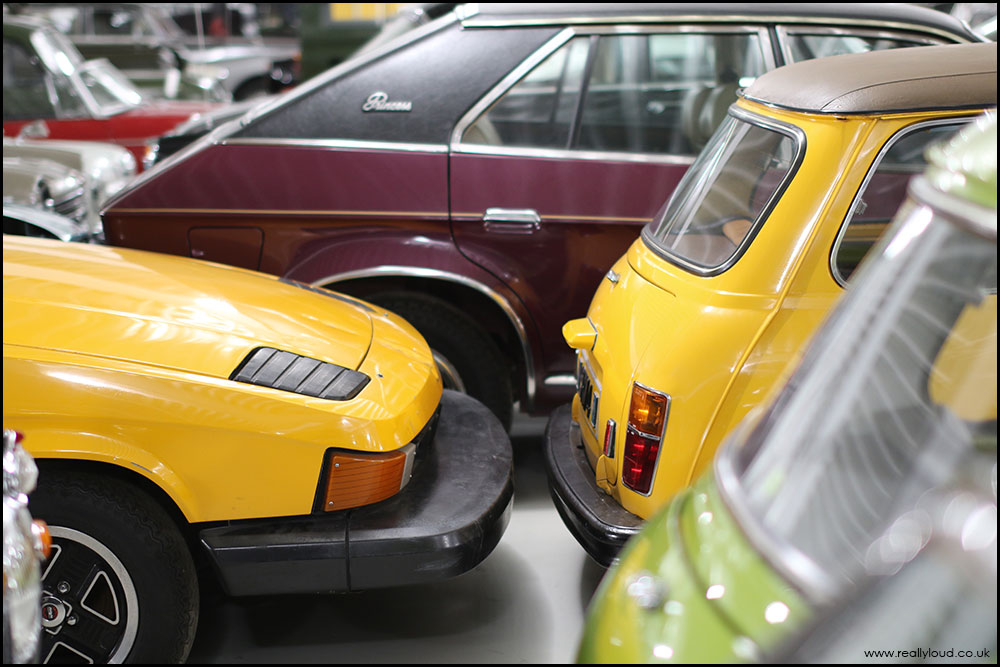